Our drive to Simonswald took us into the Black Forest proper, and the scenery was stunning. For some unknown reason, I’d always assumed that it would be pretty flat terrain, but it’s quite the opposite – steep sided valleys of evergreen trees.

The camp site was on three levels, and I had to park the van longways between two Dutch caravans on the middle level. It was pretty tight with little room to spare, and I felt like a learner driver trying to park the bloody thing, but with some help from one of the Dutch guys I got it parked.

The next day we went to an organ festival (ooh-err missus!) in the nearby town of Waldkirch. It’s apparently the ultimate event in the organ world, and is held in Waldkirch on a triennial basis. One bloke on the campsite told us that he has been playing his organ at the festival for 30 years – that must take some stamina. For anyone who’s interested, the next UK organ festival is to be held in Milton Keynes in October.

Having paid the tourist tax, we were able to catch the bus to Waldkirch for free. We managed to get past the desk at the entrance to town without paying anything, and headed for the loudest sounds. There were organs there of all shapes and sizes, being operated by mainly elderly men dressed in traditional costumes. Walking past the main stage, there was an older couple playing their organs together in harmony. He was really into it, but she had a big frown, and looked like she’d rather have been doing the washing up. Further along, there was a band giving an Abba medley the oom-pah band treatment, and they did a really good job of it. It was a fun outing, but I can’t say I’ll be rushing back in 2020. 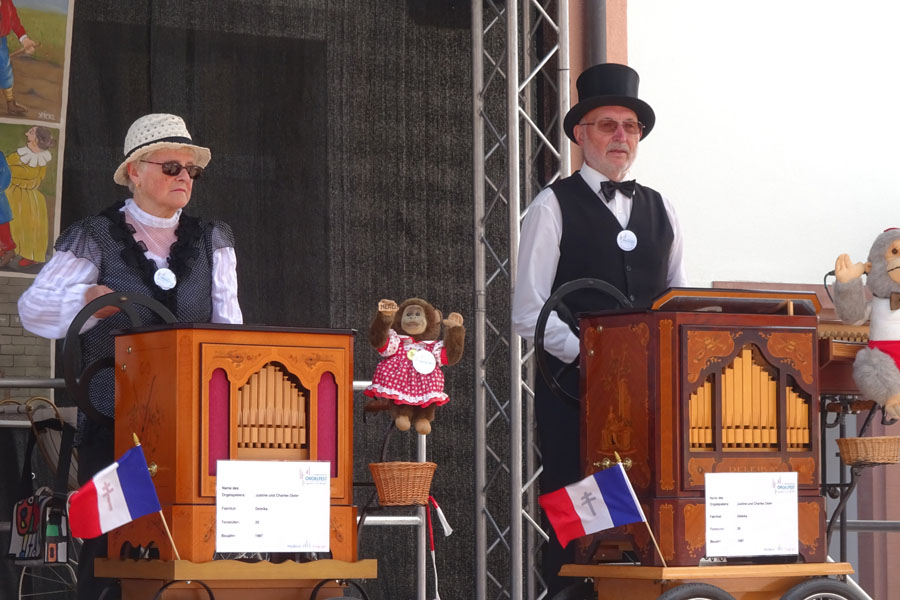 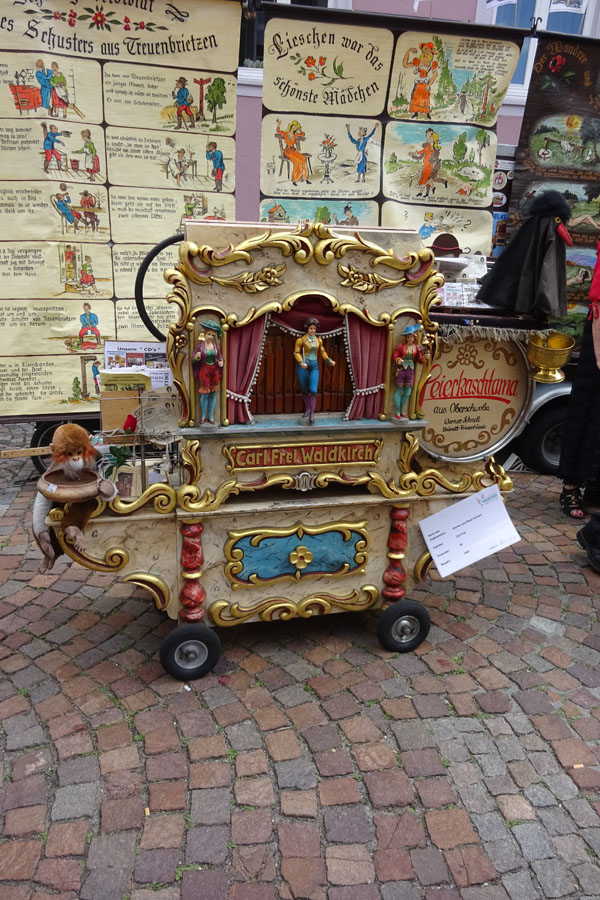 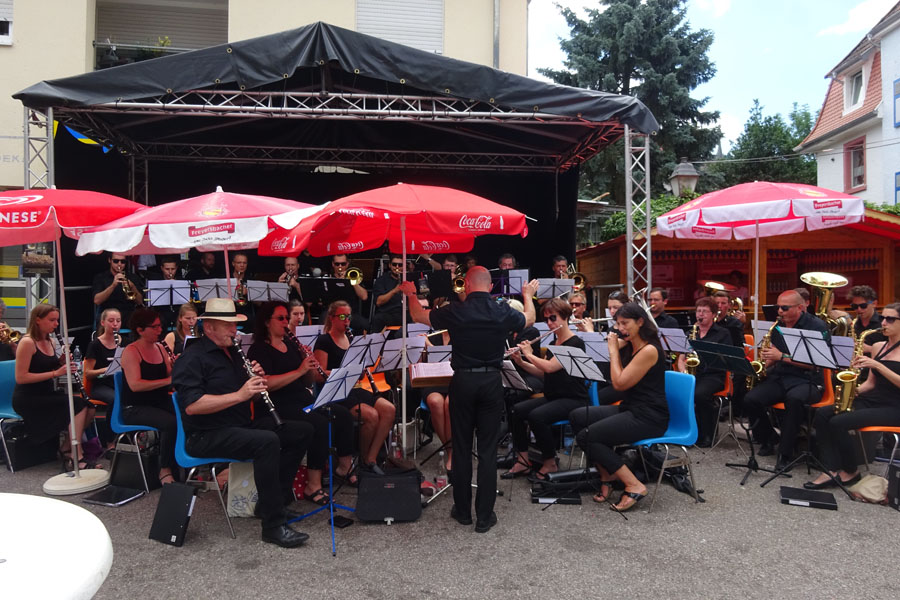 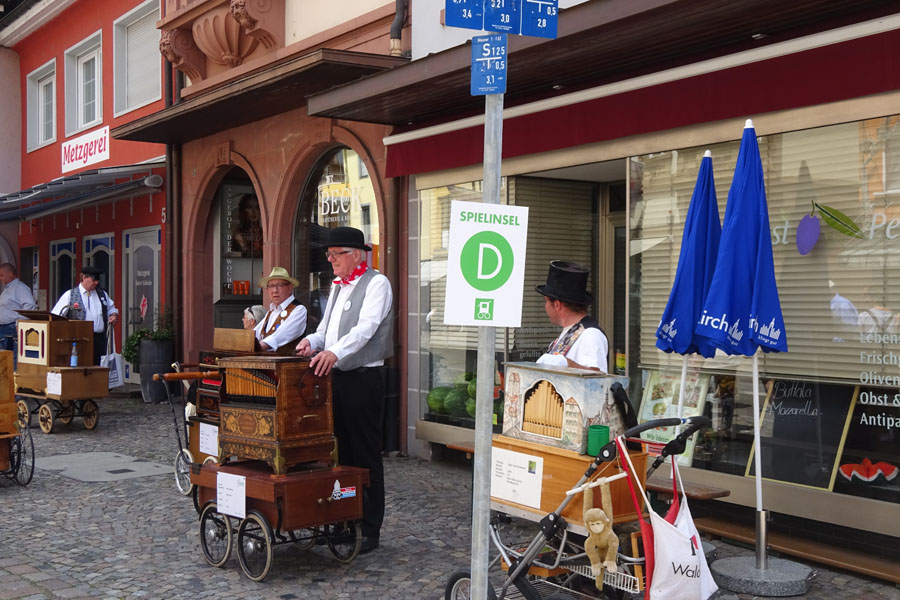 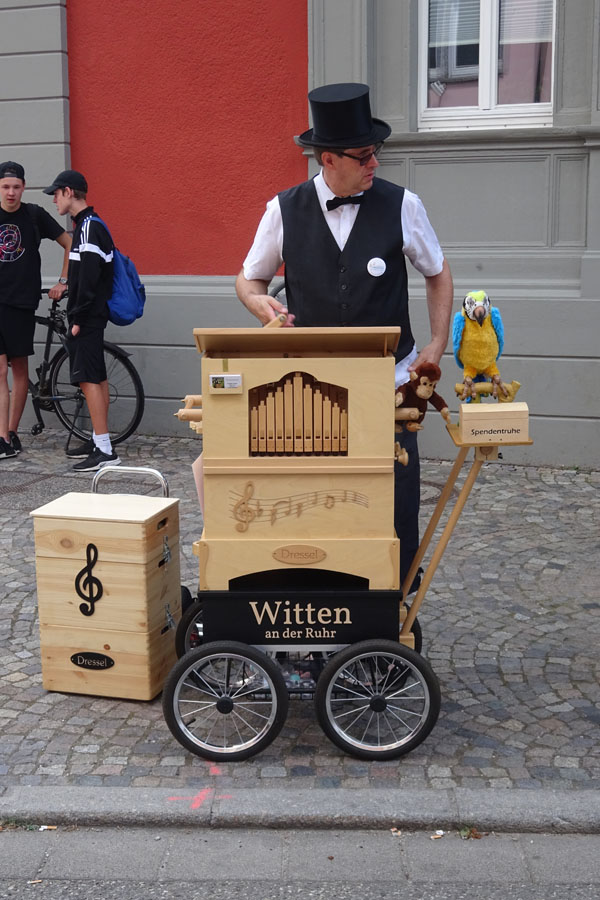 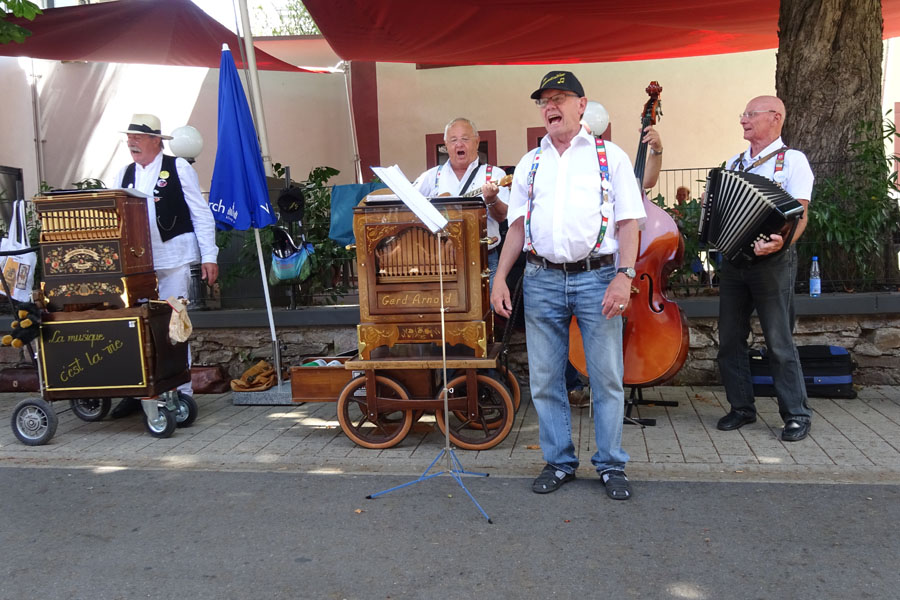 We had a good couple of days on the campsite, but it was time to move on.

Having paid nearly €50 to stay on a campsite for a couple of days, a free stellplatz was called for. The stellplatz at Emmendingen, about 20 minutes walk from town, was ideal – really spacious so that we could get our awning out, and had free Wi-Fi.

We strolled into the pretty town a couple of times and we also gave the Wi-Fi a hammering. The promised thunderstorms didn’t happen, though it did rain heavily in the night meaning that I had to get up and close the roof vents.

A visit to Strasbourg has been high on my list for some time. It’s in French Alsace today, but has been under alternating French and German control over the centuries. This is reflected in the architecture of the city, and they even have their own unofficial language. The Grand Île – the historic city – is a UNESCO World Heritage site.

Strasbourg is just to the west of the Rhine, which forms the Franco-German border. The nearest town in Germany is on the Rhine at Kehl, and from there a frequent tram service runs into the centre of Strasbourg, so we chose that as our base.

We got to Kehl nice and early to allow us a full day in Strasbourg. Effortlessly crossing the Rhine from Germany to France on the tram, we were stood admiring the front of the cathedral in next to no time. I’m not big on cathedrals, but this was awesome. It was the world’s tallest cathedral until the 19th century, and the carvings in the exterior stonework are something else.

We spent most of the day following the walking tour on the map from the tourist office, stopping at a lovely riverside restaurant for a ‘plat du jour’. Once we’d finished the tour, we caught a tram up to the European Parliament building. Unfortunately we couldn’t get up close because of the security, but it was worth going just to see the buildings from the outside.

Strasbourg is a great city which didn’t disappoint, though that said, it’s definitely on the tourist trail with lots of coach parties from the Rhine cruises, and there were loads of school groups too. I’d recommend it for a weekend mini-break out of season.

I make no apologies for the number of photos! 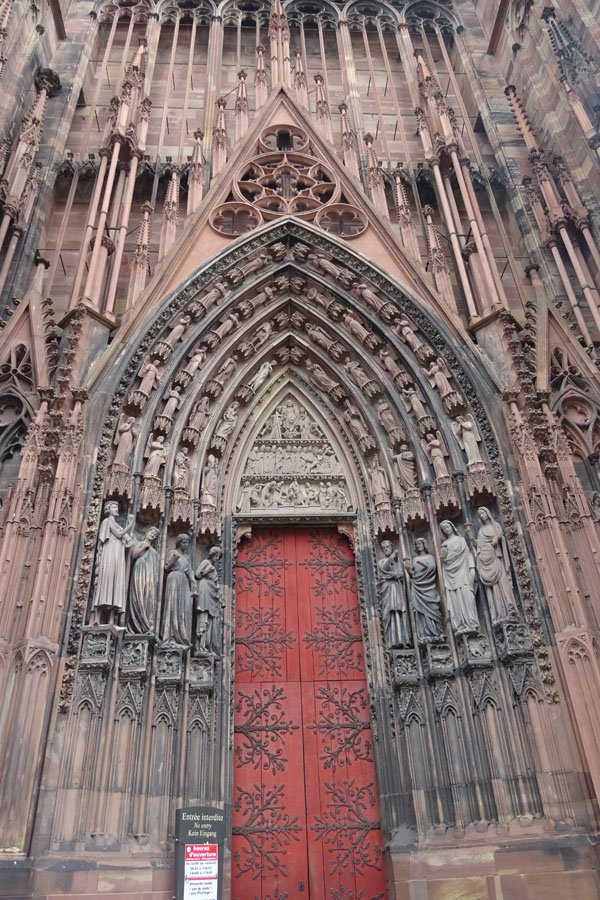 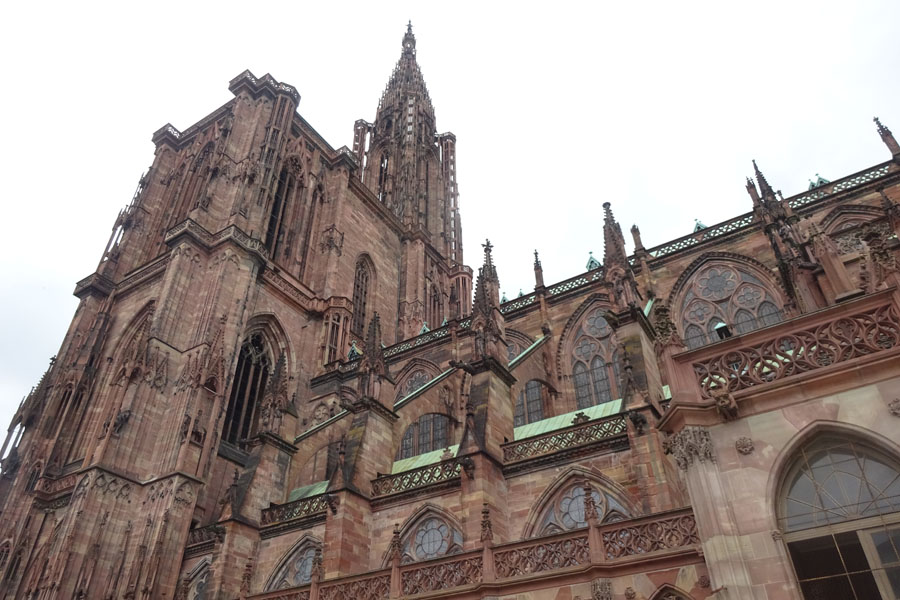 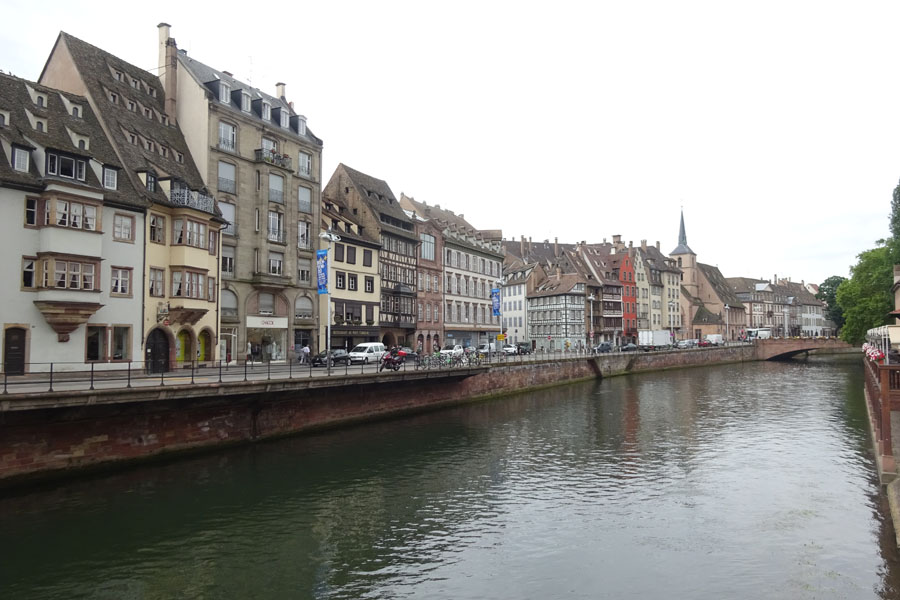 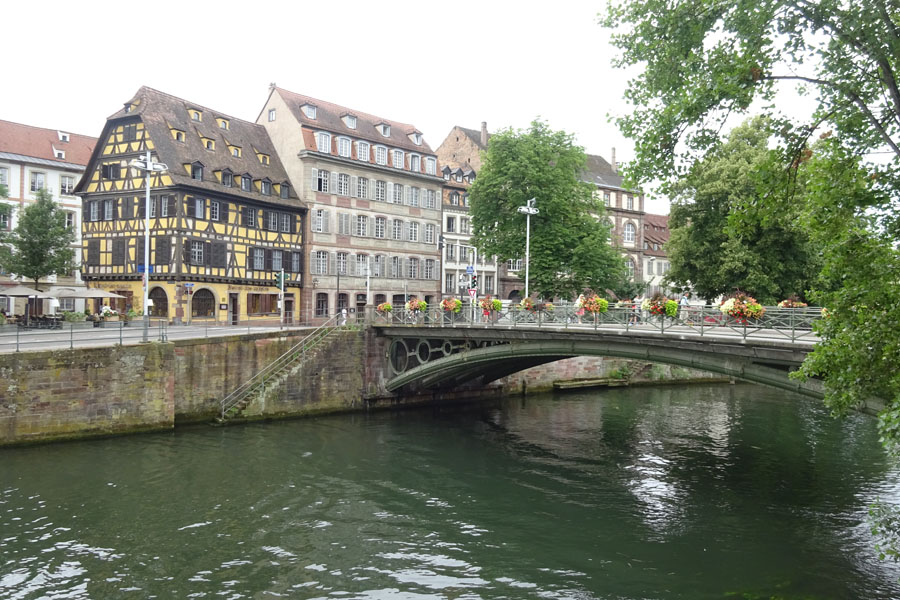 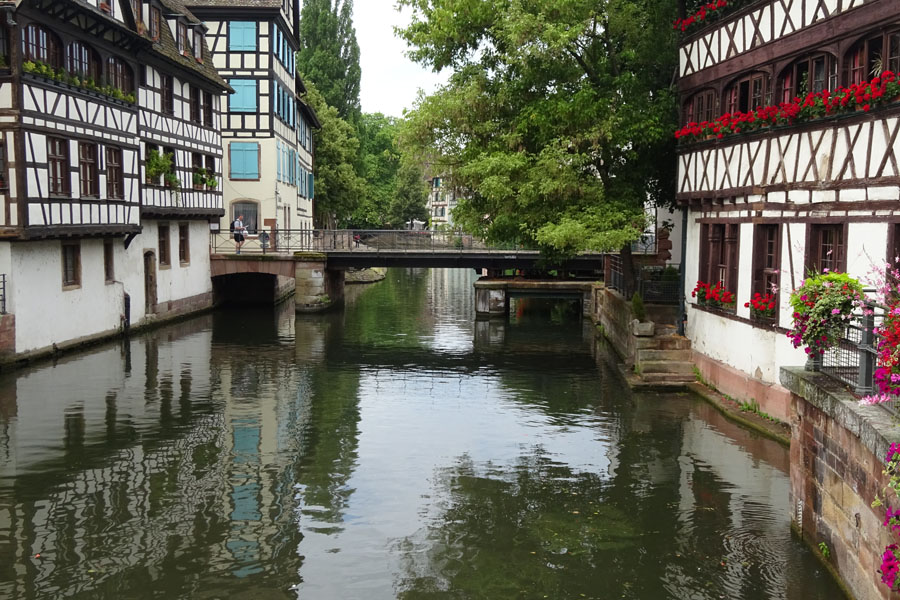 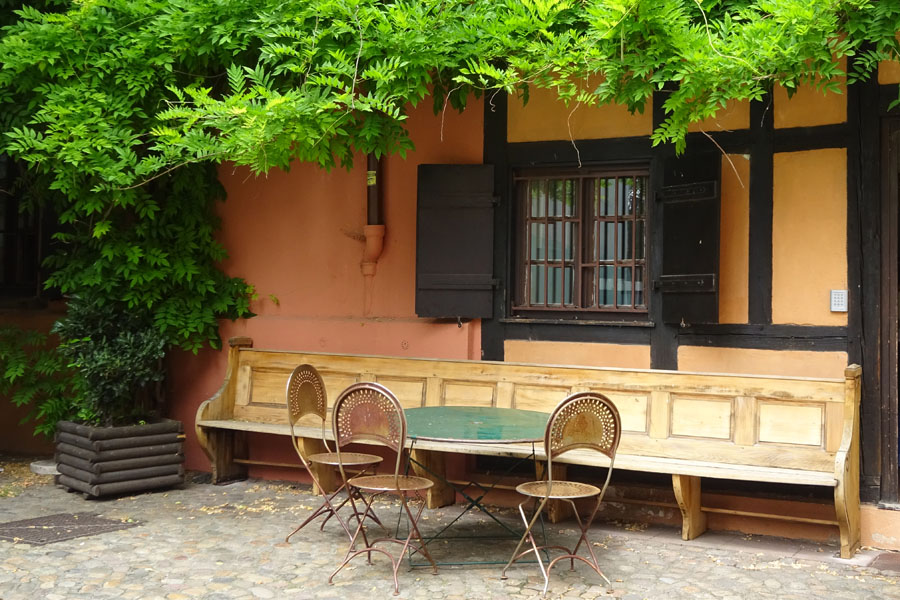 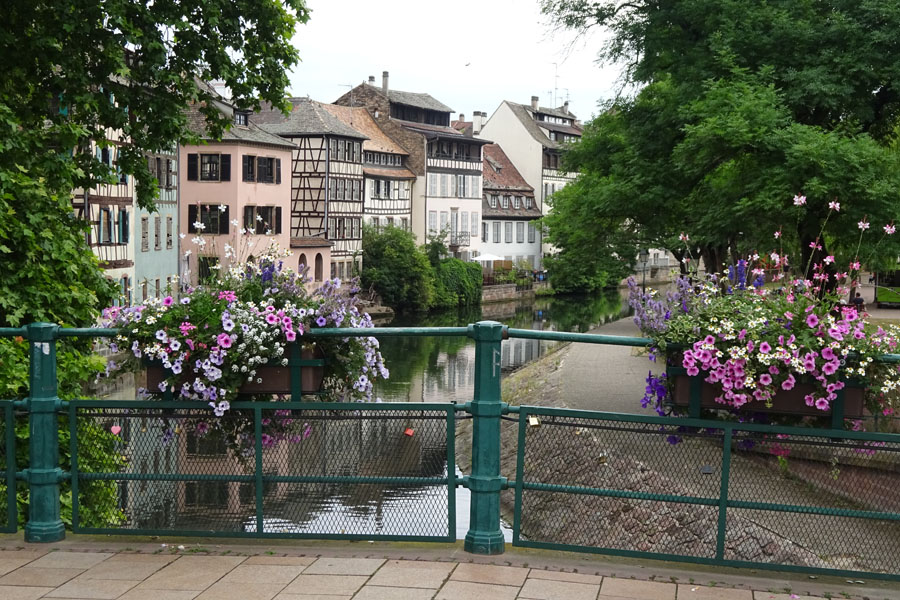 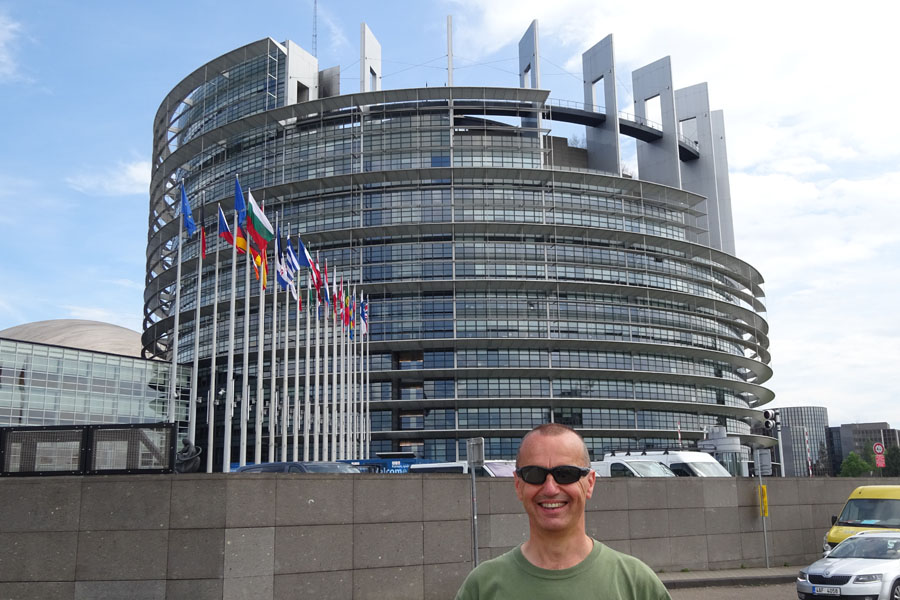 We’ve moved back eastwards today to the town of Oberkirch. There’s nothing special here, but it has a good stellplatz and it’s a handy stopping point as we make our way South East towards Füssen, down on the border with Switzerland.

It’s my birthday today so we’re having a good old lazy day, and we’ve found a nice restaurant for dinner tonight. I have been craving a ham hock dinner for ages, but it looks like I’m going to be disappointed as it’s not a local speciality – I’m told it’s a Bavarian thing, so it’s a good job we’re heading that way!

4 thoughts on “From Schluchsee to Oberkirch”