Lithuania has implemented a deposit scheme for bottles and cans like the one proposed in the UK, so as we had quite a few bottles and cans we called in at the blue and gold temple that is Lidl to get a refund on our recycling stash before crossing the border into Latvia. There’s a scanning machine at the entrance which swallows up the bottles and cans, then issues a voucher to use at the till (or you can donate the money to charity). It’s a good scheme which I think would lead to a big reduction in litter if this ever gets implemented in the UK.

Latvia, like Lithuania, has an e-vignette scheme where you have to pay to use the roads in advance. It’s a pain, but on the plus side there’s no need to acquire an On Board Unit. Having bought one day passes for both Lithuania and Latvia the night before, we were free to drive to Riga.

The camperstop had only just opened for the summer, but there were already a couple of vans on site when we arrived at lunchtime. Not long after parking up another British van arrived – the first one we’d seen since Budapest when we met Aussies Tim and Jess. After introducing ourselves to Carmel and Peter, we headed into town. Whilst there’s an hourly bus service from the site, this only runs during the morning and evening rush hour, so we had a walk the 3 km to the old town.

The old town is quite compact and largely pedestrianised, though it can be quite hard work walking around on the uneven cobbled streets. We called in at the tourist information office for some maps and leaflets, and the guy there was really helpful. After a stroll around town we stopped for a drink and watched the world go by. We decided that we’d be staying for three days, so went and bought a three day bus and tram pass for €10 – great value. When we returned to the camperstop another British van had arrived, a couple from Glasgow, so we stopped for a natter.

The last three days have been spent sightseeing, eating and drinking. Riga is the most touristy place we’ve visited since Budapest, with prices to match. It’s rightly famous for its Art Nouveau architecture, so there are quite a few photos below.

The weather has been great (apart from a downpour this afternoon) so we spent quite a while in the parks sitting in the shade, taking advantage of the free WiFi and people watching.

Tomorrow we drive onto a campsite in Saue in Estonia, not far from Tallinn, where we will be staying until Wednesday, when we catch the ferry to Helsinki. 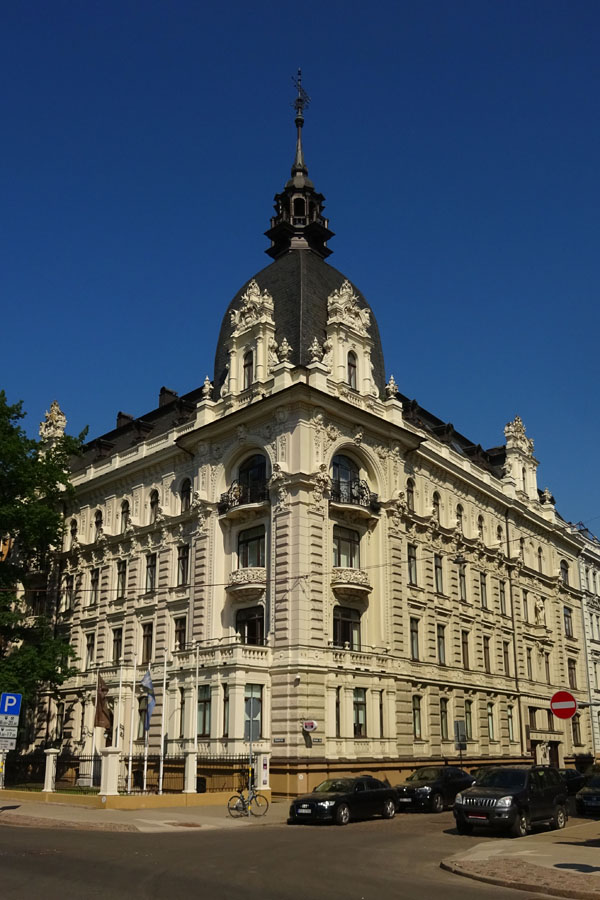 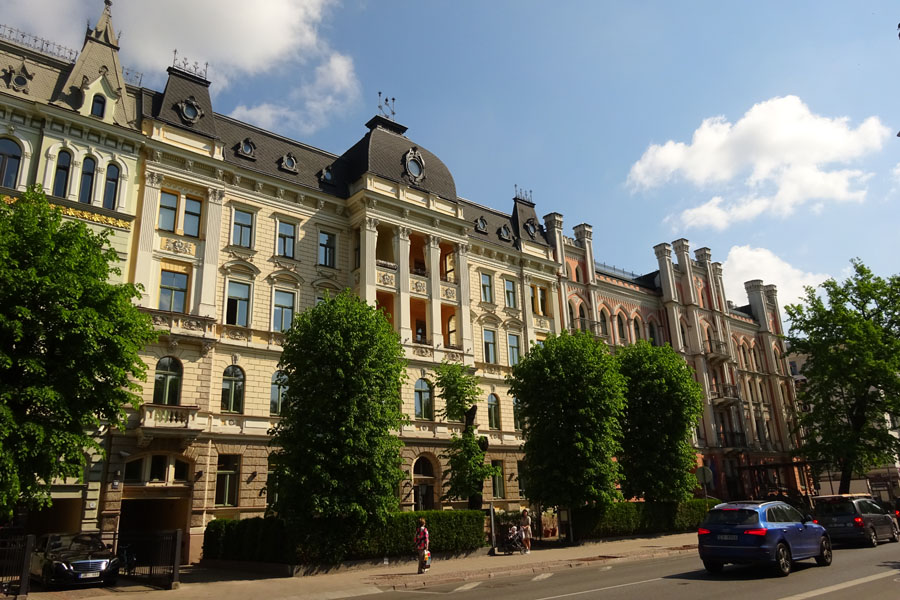 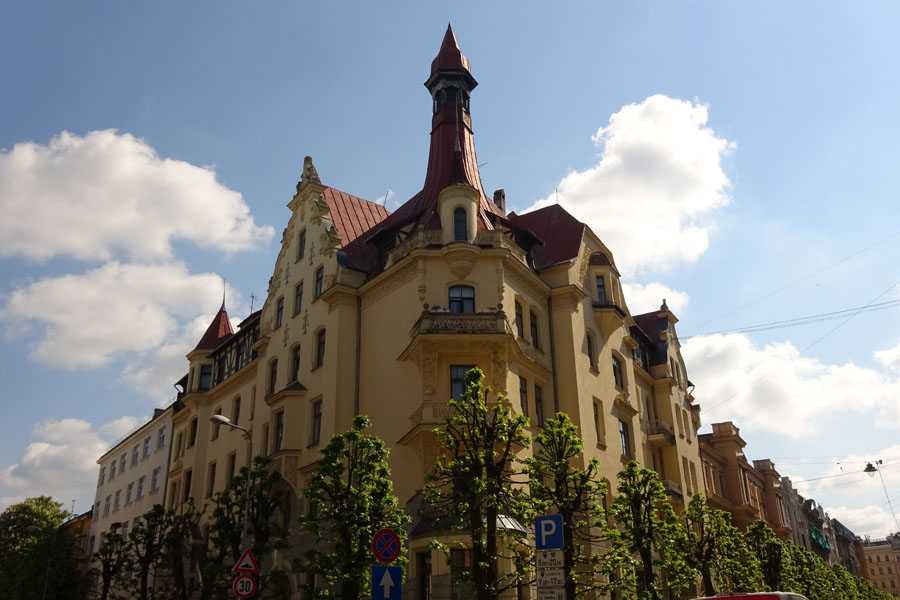 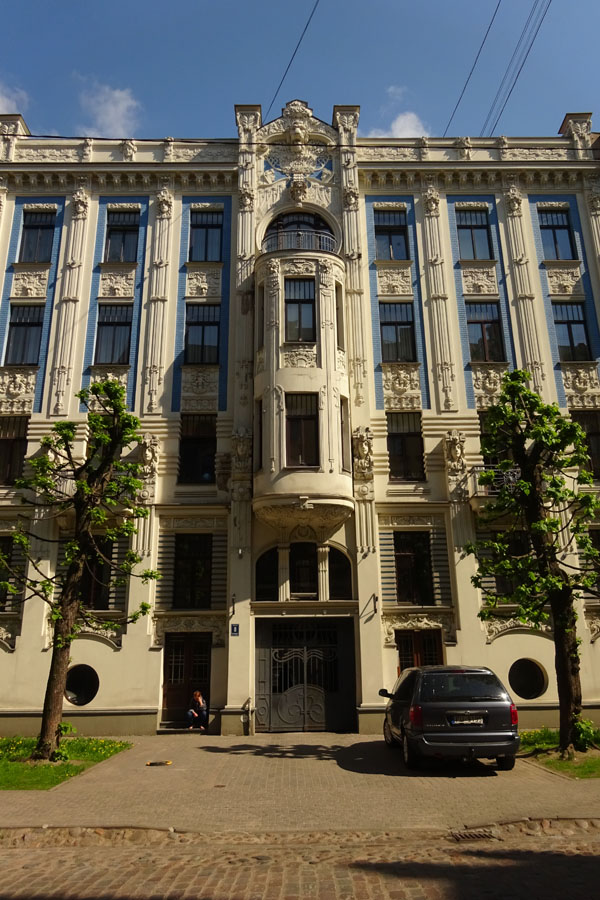