Leaving Kraków, we drove to a campsite at Suchedniów, which was exactly half way to Warsaw. It’s a lovely campsite with friendly staff, though I suspect it gets a rather busy in the summer. We pitched up in front of the lake, with just two other vans for company. The weather was warm and sunny, so it was great to get the outdoor furniture out and dine al fresco for the first time in ages. Stopping for four nights, we enjoyed some quality down time, but we also fitted in some chores such as the laundry, and giving the van a long overdue wash.

On Friday we made an early start, and drove to Warsaw – or Warszawa to the locals. The campsite is another good one, situated on the outskirts of the city. There’s a bus stop close by, and it’s a half an hour ride by bus and tram into the city centre.

The city is spread over quite a large area, so it’s not that easy to see the sights on foot. Fortunately weekend bus/tram/metro travelcards are available for a bargain zł24 (€5) which made getting around so much easier.

We’d already decided to spend three nights in Warsaw, which meant that we’d have to pick and choose what to see and do, as we wouldn’t be able to see everything.

Our first port of call was the old town, which is a bit of a misnomer given that this was almost all constructed between the 1950’s and the 1980’s, as the city was 85% destroyed in WWII. It’s been rebuilt to look just as it did before the war using the original architects drawings where possible, and they’ve done an excellent job.

The walking tour we went on was really interesting and our guide was excellent – she’d grown up under communism and lived through the transition to democracy, so she had some stories to tell. The tour was in English, but we were the only native English speakers out of around 20 people in the group, the others being French, German, Russian, Hungarian and Norwegian. We’re so lucky that English is such a prevalent language. The only Polish that I have picked up is from the bus announcements – następny przystanek – which means “next bus stop”.

The Palace of Culture and Science is a 1950’s Soviet Realist take on the Empire State Building. The tower dominated the skyline when it was built, and although there are now plenty of modern skyscrapers close by, it’s still the tallest building in the city. In post-communist times the building became much maligned, symbolising the oppressive Soviet regime, but fortunately this has not been demolished. We had the perfect weather to enjoy the views over the city from the 30th floor.

The Museum of the Warsaw Rising gives an excellent account of events towards the end of WWII, when the Poles went into battle against the Nazis who were about to defend the city against the advancing Red Army. However Stalin ordered the Russians to halt their advance, leaving the Poles to be slaughtered by the better equipped Nazis. On 1st August 1944, at the start of the Uprising, the population of Warsaw was 900,000; by the end of the war it was less than 1,000. The museum is really well done with lots of exhibits and displays in English.

On our last afternoon we took the metro over to the Praga district on the other side of the river. It’s not very touristy, and there’s some good street art there. 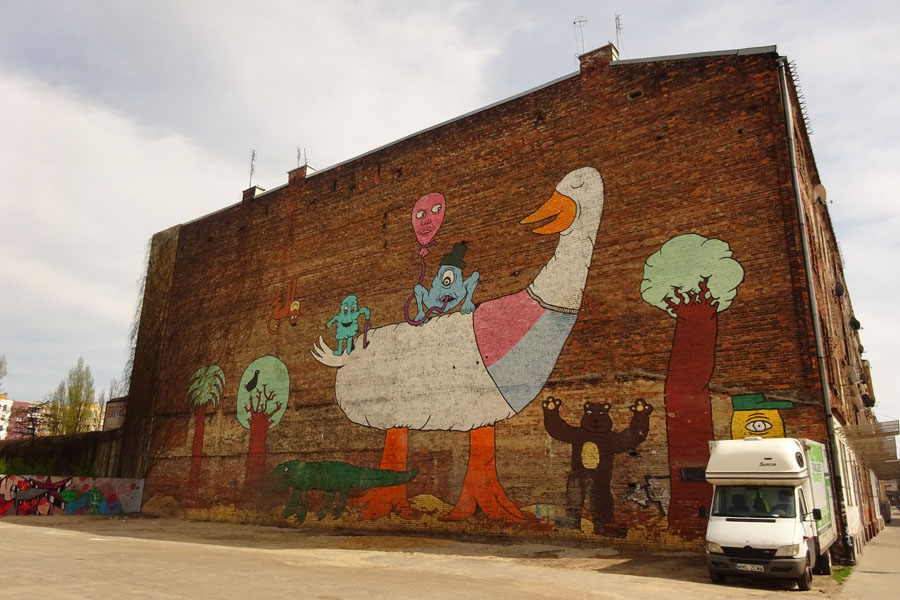 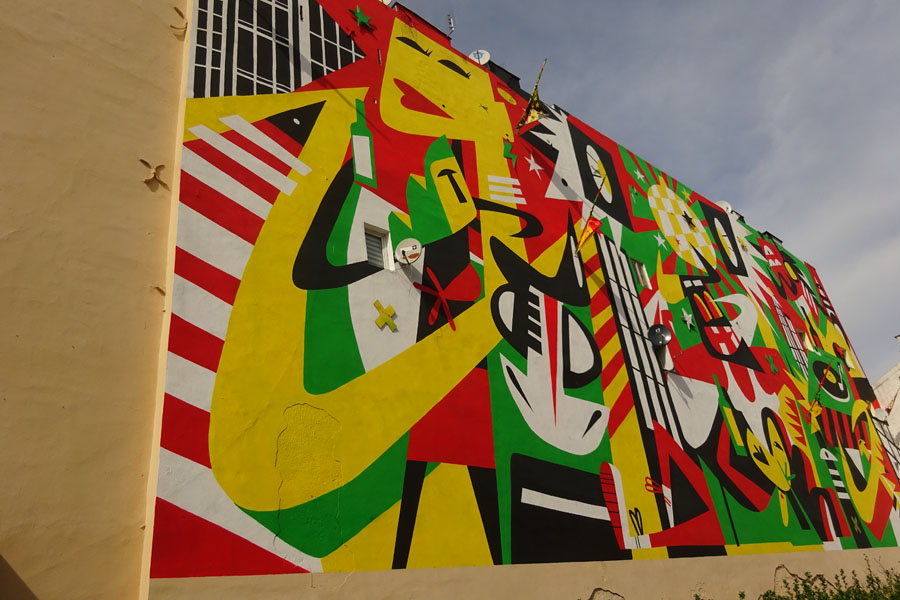 Our time in Warsaw has come to an end all too quickly, but we need to press on if we’re to get to the Arctic Circle before midsummer’s day.