The second of our daytrips from Kalamata was a visit to Ancient Messene, situated about 25 km to the north west. It’s one of those place names which doesn’t have an agreed translation from the Greek to the Latin alphabet, so it is often also spelt Messini. Stopping on the way to fill up with LPG, the pump attendant told me that she’d seen it snow on the top of the mountain earlier, though at sea level it was warm and sunny. We arrived at the site late morning, and were able to park close to the entrance with only a couple of cars in the car park.

In ancient times the Messinian people were conquered by the Spartans and were either taken as slaves or lived in exile. In 369BC the Thebans (from Thebes)  invaded the Peloponnese and defeated the Spartans. The Messinians took this opportunity to resettle in Messene and rebuild the city.

The footprint of the site is similar to Olympia, but there is perhaps a bit less archaeology to be seen. The main points of interest are the theatre and the stadium, which have largely been restored and reconstructed, and the remains of the huge temple. We practically had the place to ourselves for the two hours we were there, and it was lovely to have our picnic lunch sat in the deserted theatre. If you’re travelling around the Peloponnese, it’s definitely worth a visit. 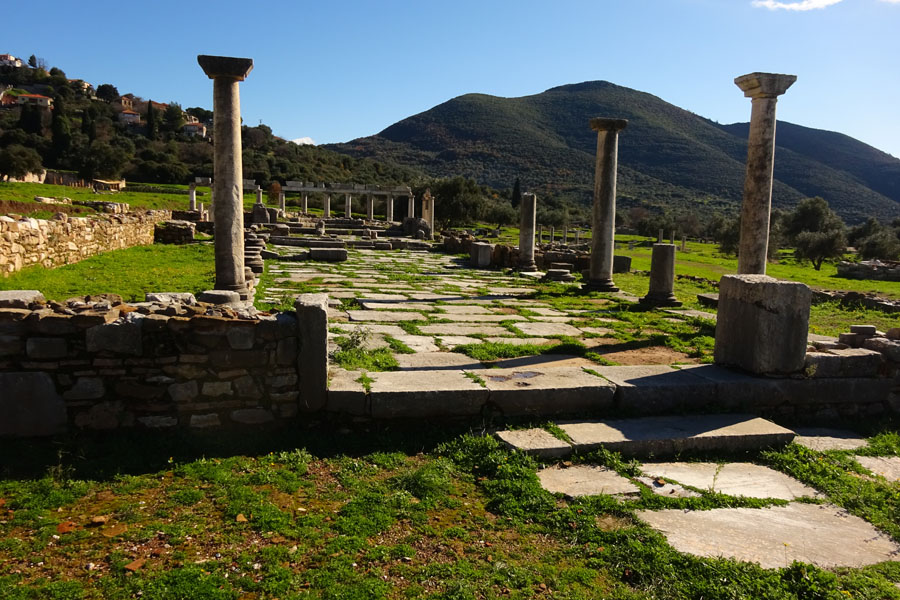 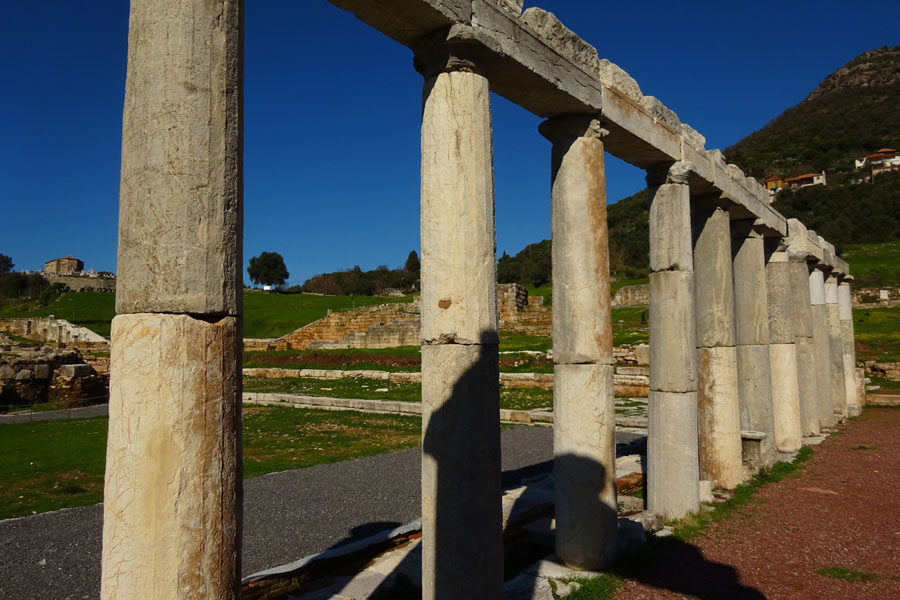