We’ve had a pretty quiet second week in Kalamata. Apart from our daytrips to Mistras and Ancient Messene, we’ve not done anything exciting, mainly because the weather has been pretty awful, with loads of thunderstorms.

We’ve been out for lunch a few times now, enjoying the Greek cuisine, and on Friday we went upmarket to the yacht club (oh, la-di-dah!) and had a couple of ouzos with a rather large plate of seafood. We’ve been into town most days, frequenting the local shops, market and cafes, and going for walks along the port. 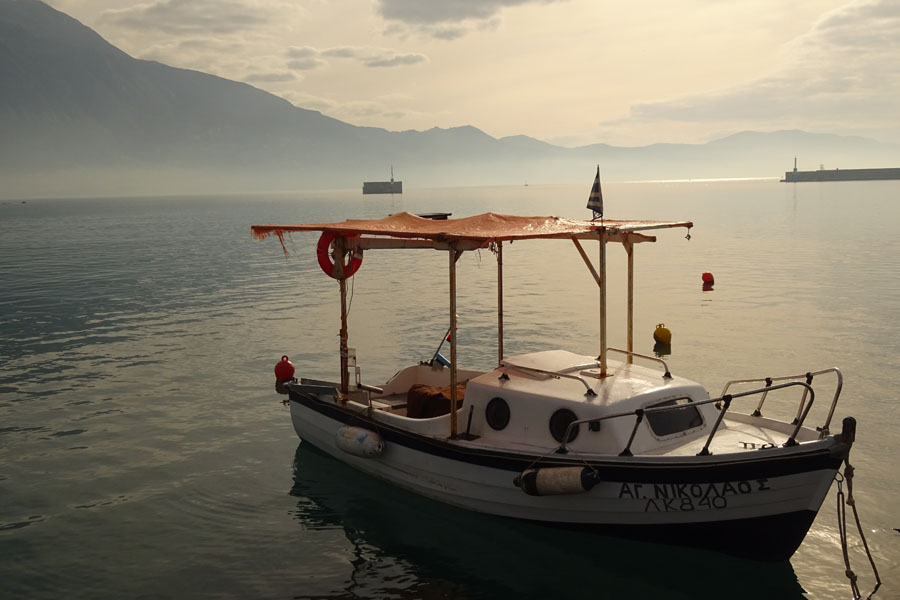 I’ve spent a fair bit of time route planning, as we need to get to the Knaus factory in northern Hungary by the first week of March for a habitation check and van service which is required under the terms of the warranty. We’d have liked to have spent some time touring through Bulgaria and Romania, but as the terrain is quite mountainous it will most likely be cold and snowy this time of year so we’ll be staying in Greece for another four weeks, taking us to mid-February, and then driving through these countries directly into Hungary.

It’s hard to believe that we’ve been in Greece for a month now, and we’re really enjoying it here. The people have been really friendly and laid back, and they’ve appreciated our attempts to speak the language despite most people being able to speak some English. They’re so laid back that, despite laws to the contrary, fewer than one in ten motorcyclists wear a crash helmet, hardly any motorists wear a seat belt, and it seems almost compulsory to smoke in bars and restaurants.

Carol has her final dentist appointment this evening so, all being well, we’ll be on the move  again tomorrow, heading south down the Mani peninsula of the Peloponnese.