On the way out of Roermond we stopped at the Kapel In ‘T Zand cemetery, a Catholic cemetery with small Protestant and Jewish partitions. In this cemetery are the graves of a Catholic woman and her Protestant husband, who were not allowed to be buried together.

J.W.C van Gorcum, colonel of the Dutch Cavalry and military commissioner in Limburg died in 1880, and was buried in the Protestant part of the cemetery, against the partition wall. His wife, Lady J.C.P.H van Aefferden, died eight years later and was buried in the Catholic part. However, she had decided to be buried not in the family tomb, but on the other side of the wall, the closest she could get to her husband, and two clasped hands connect the graves across the wall. 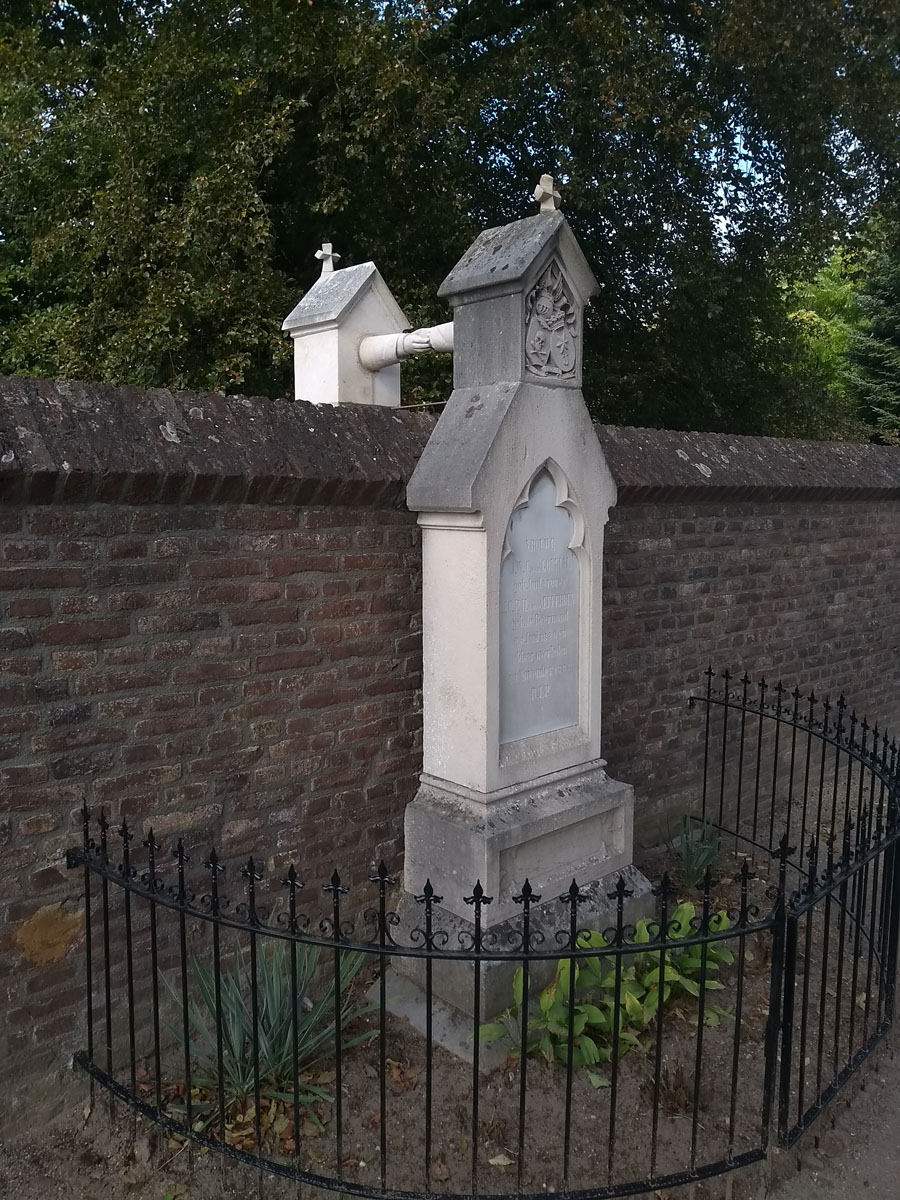 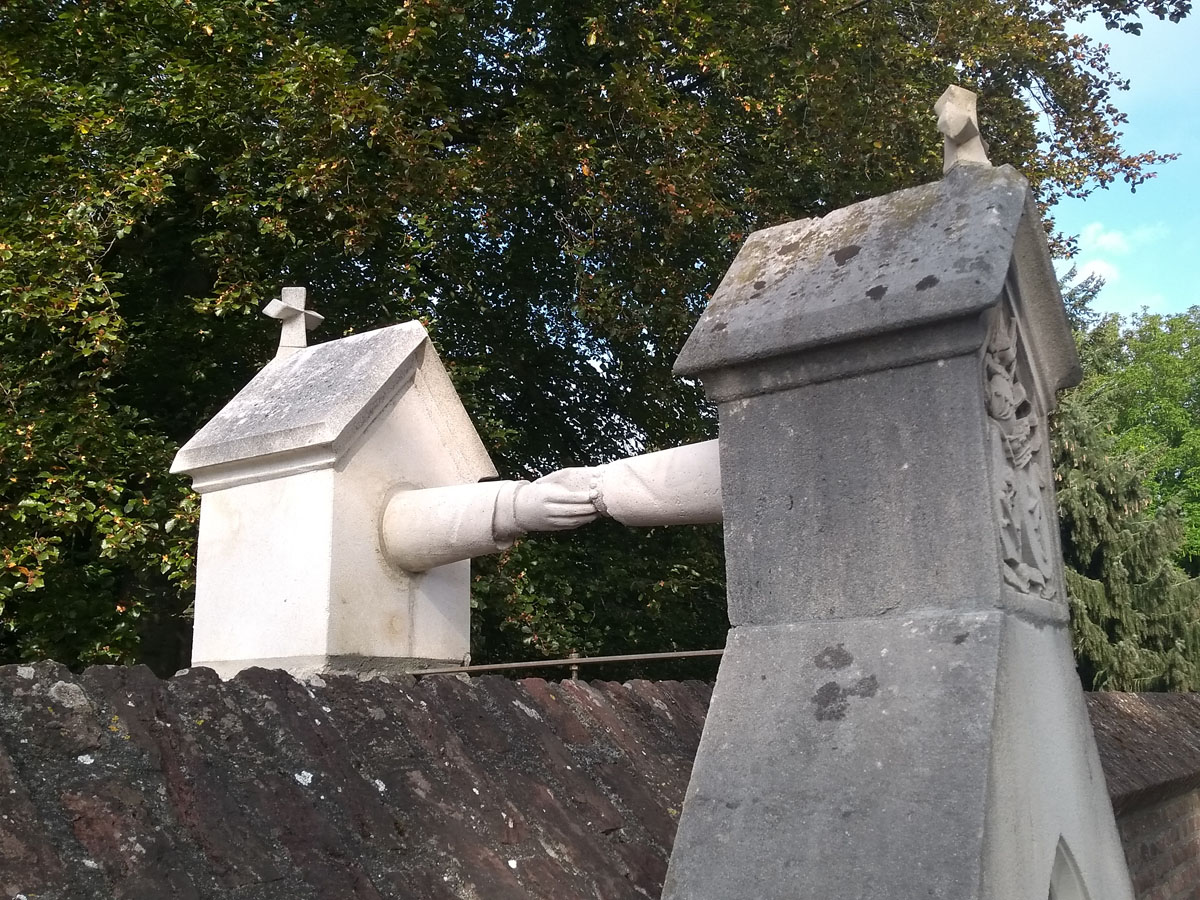 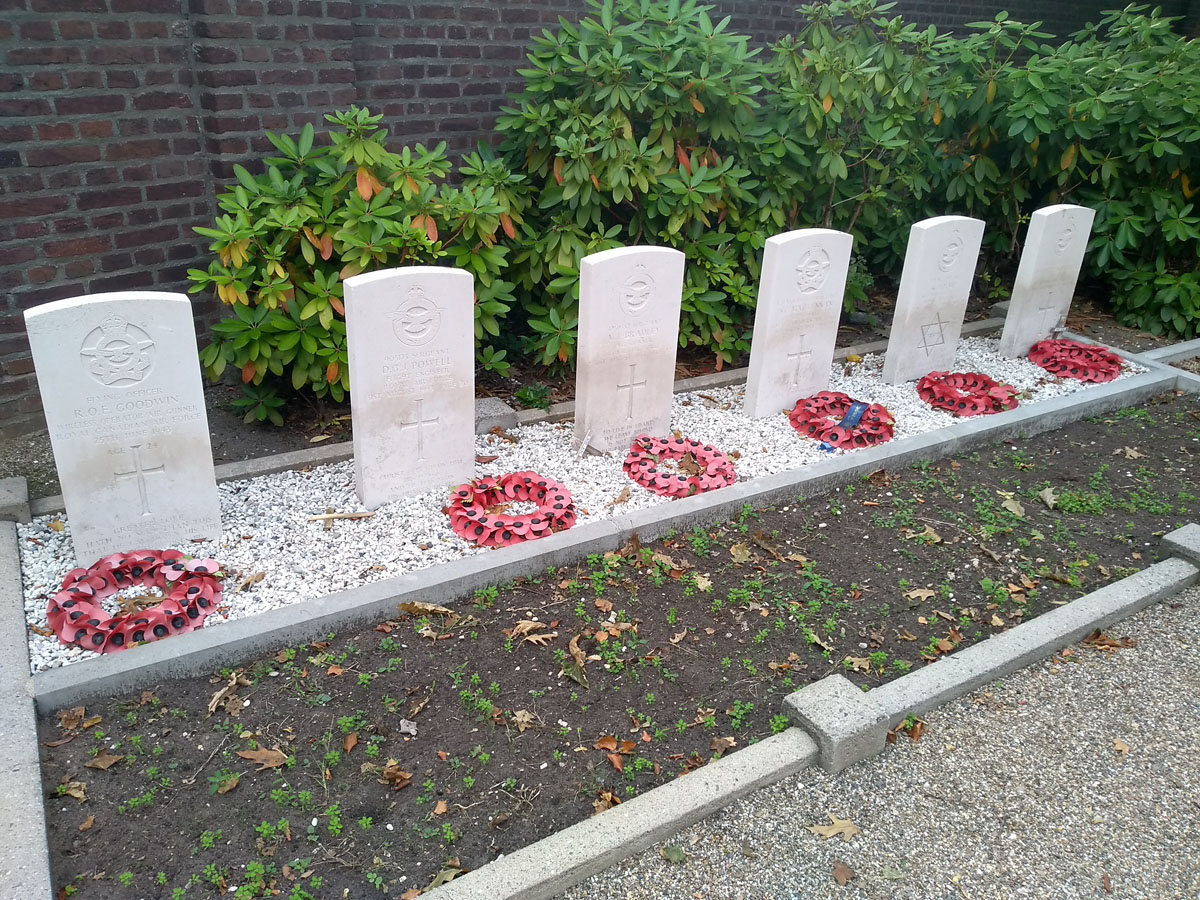 From Roermond we crossed the border back into Germany. We enjoyed our time in the Netherlands and would have liked to have visited a few more places. What stopped us is that most of the time the camperplaats tended to be a few kilometres outside the centre, requiring you to cycle in, but as we don’t both have bikes that wasn’t going to happen.

The stellplatz at Wassenberg was by a swimming pool, ten minutes walk from the town centre. To get in the stellplatz we were supposed to buy a ticket at the swimming pool which would raise the barrier. However the ticket machine was ‘kaput’ and so they ended up raising the barrier and letting us in for free!

When we walked into the town centre we were a little disappointed, as there wasn’t much to see. It had been pretty much flattened in WWII, leaving just the odd fragment of 15th century wall around the place. There was a nice park there though, where we enjoyed a coffee overlooking the lake. 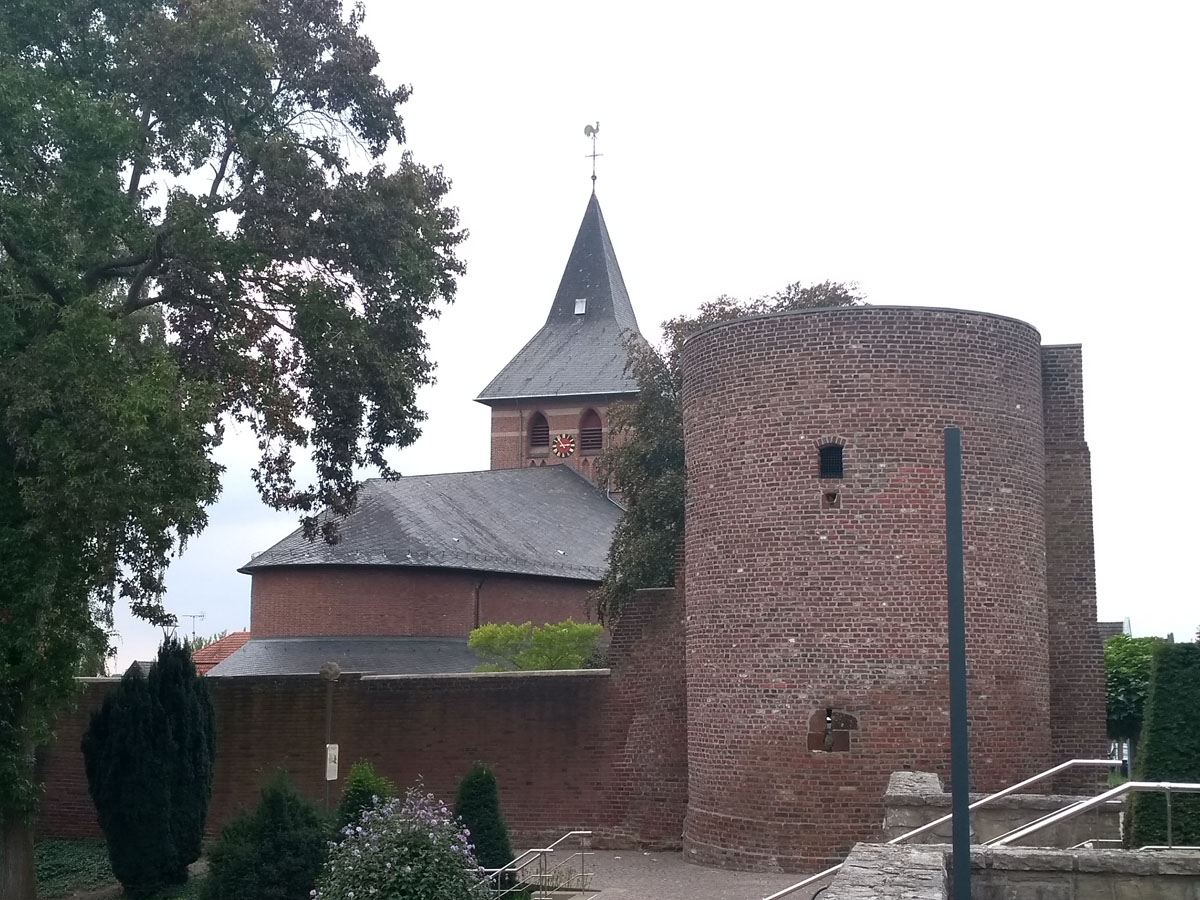 We had more fun and games with roadworks on the way to our next stop. In true German fashion the main road was closed with little warning, and the only diversion signs we could make out were for Koblenz, but that wasn’t much use as we weren’t going that way. After some jiggery-pokery with the satnav, we were back on our way and we arrived at Schleiden-Gemünd just in time for lunch.

The town is on the edge of the Eifel national park, popular with hikers and mountain bikers. Largely rebuilt after WWII, the town had lots of shops and cafés, so we stopped at a konditorei for coffee and a cake, as it would have been rude not to. Judging by the number of stolpersteine we saw, the town had had quite a sizeable Jewish community before the war. After popping into the tourist information centre to take advantage of of the free wifi, we returned to the van and spent the rest of the day reading. As we were surrounded by trees, we couldn’t pick up the satellite to watch Pointless! 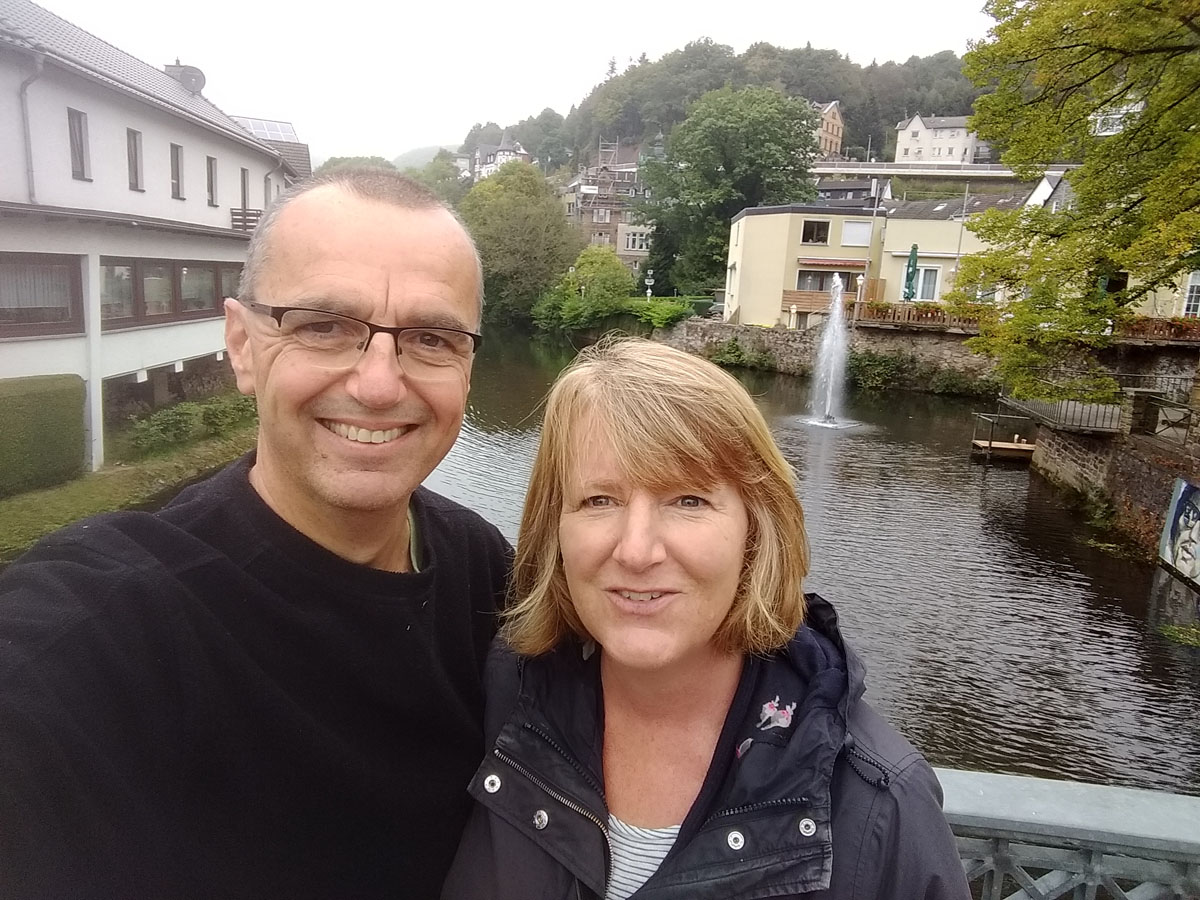 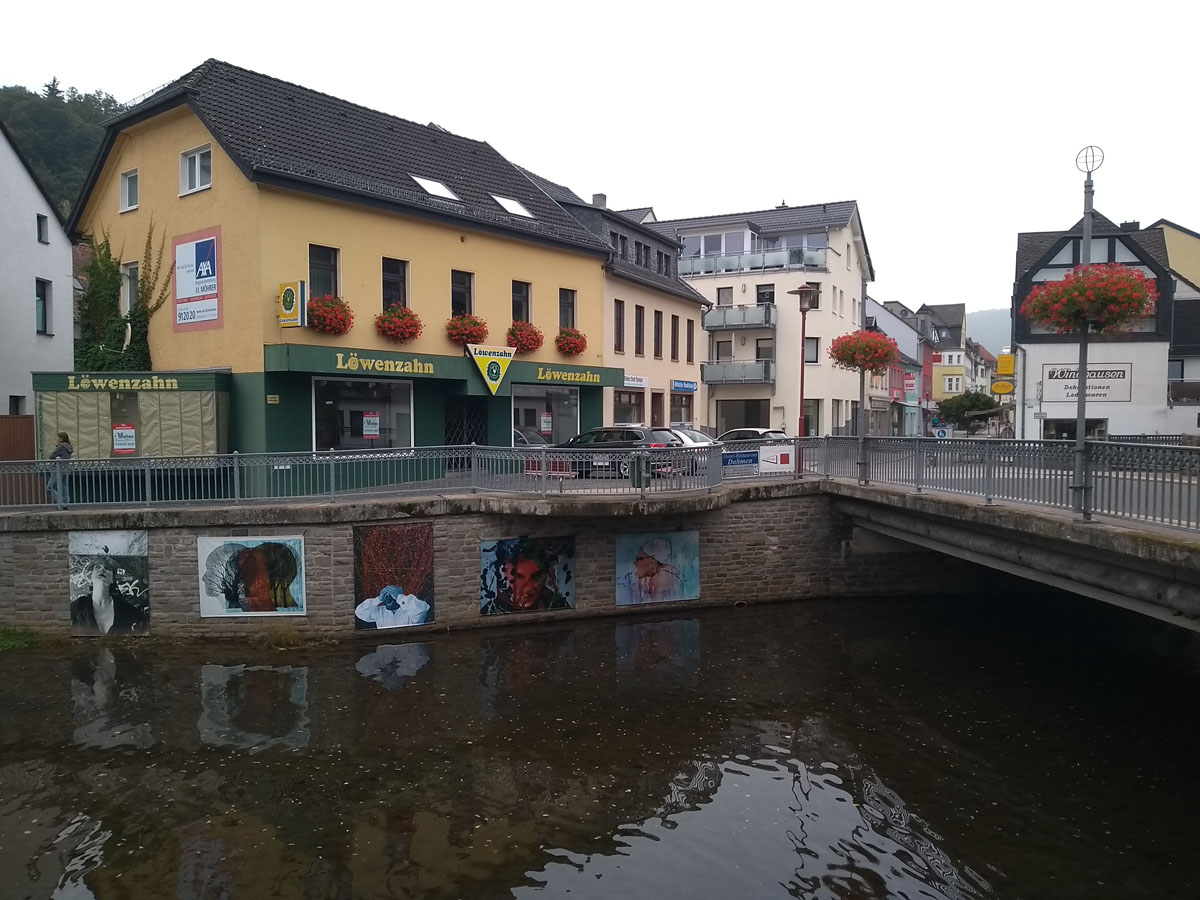 Mayschoß is a small wine producing village in the Rhineland. The stellplatz had a warden to take our money, and although he spoke as much English as I can speak German, I quickly gathered that we needed to stay for two nights as there was a weinfest in the next village today.

Mayschoß is a pretty village on the River Ahr, a tributary of the Rhine. Vineyards cover the the steep banks of the river, with the ruins of a large castle looking over the village at the highest point. Yesterday afternoon we found a lovely konditorei, and the evening was spent on the terrace of a wine co-operative enjoying the local red wine, before returning to the van to watch Gogglebox. 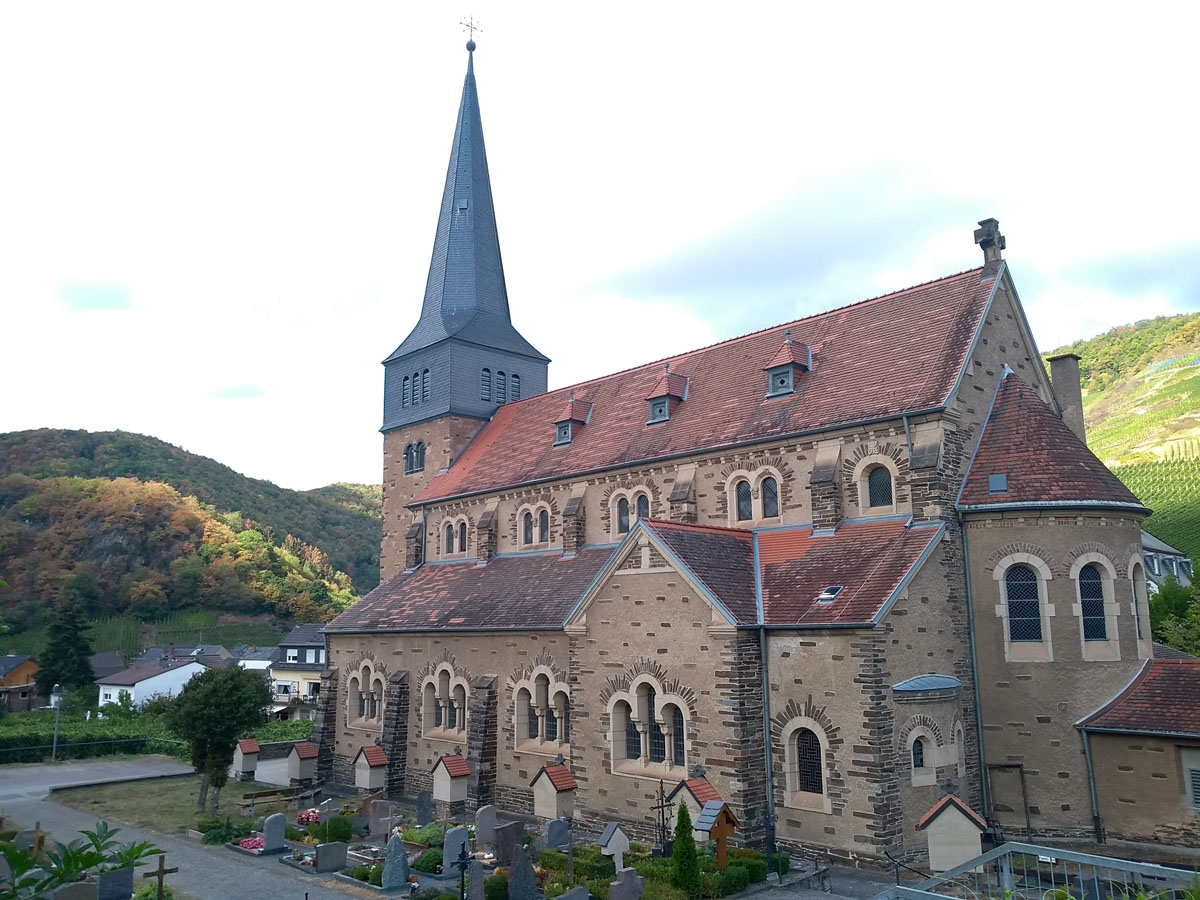 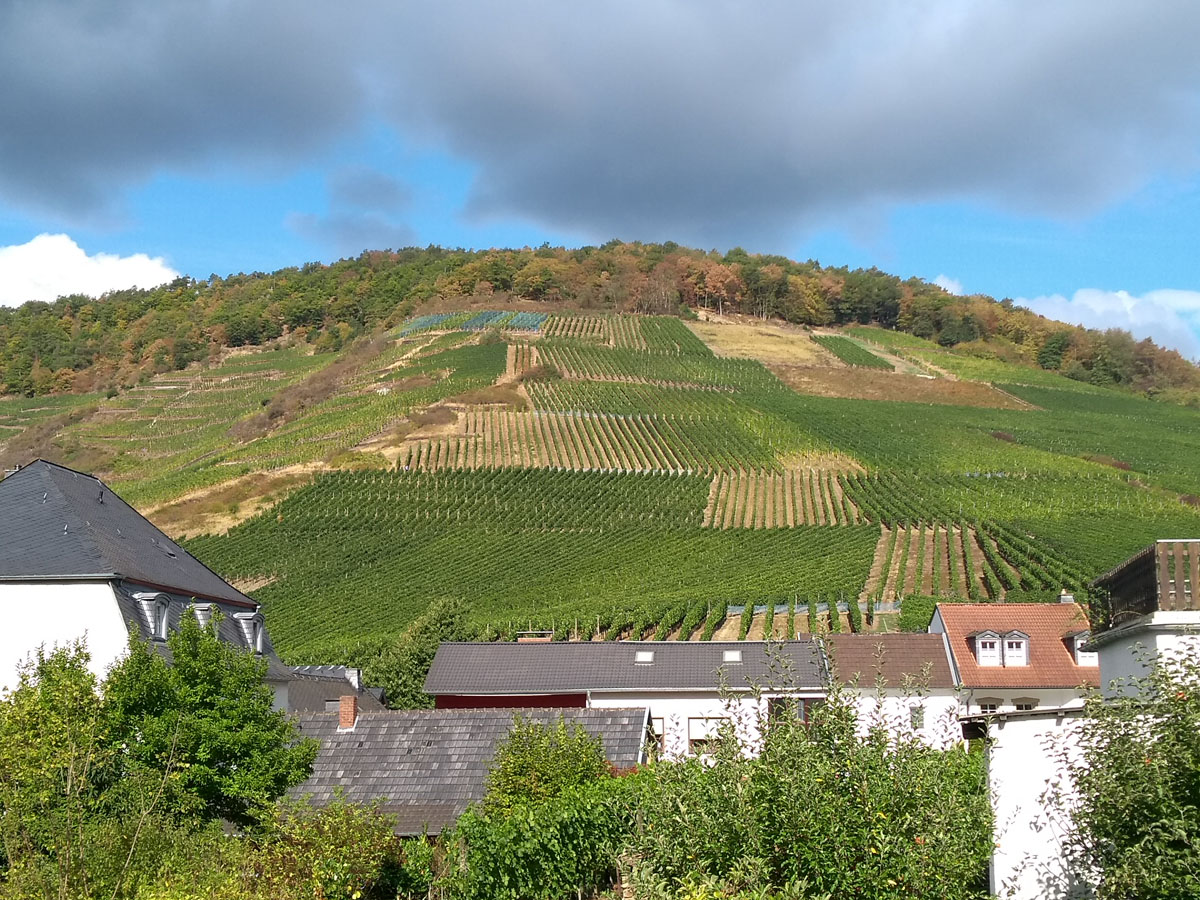 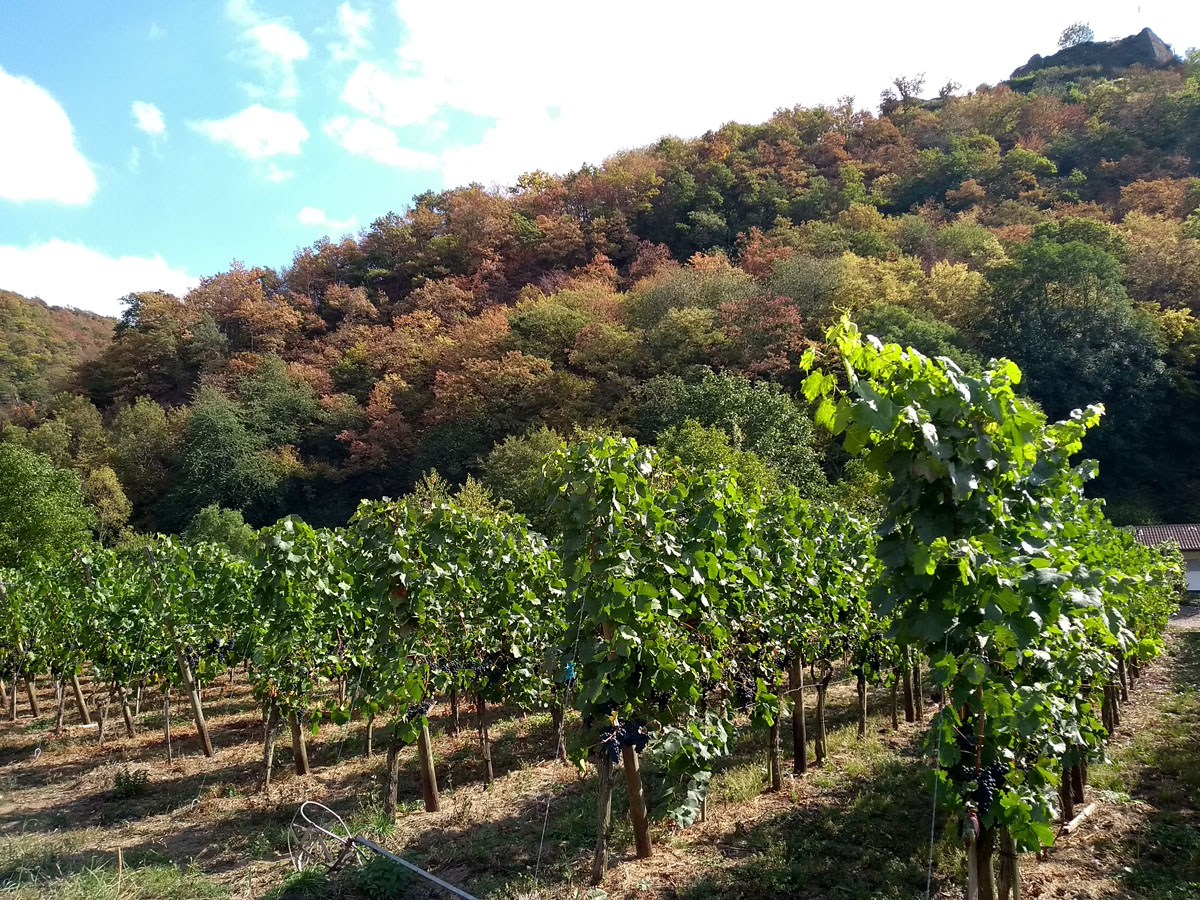 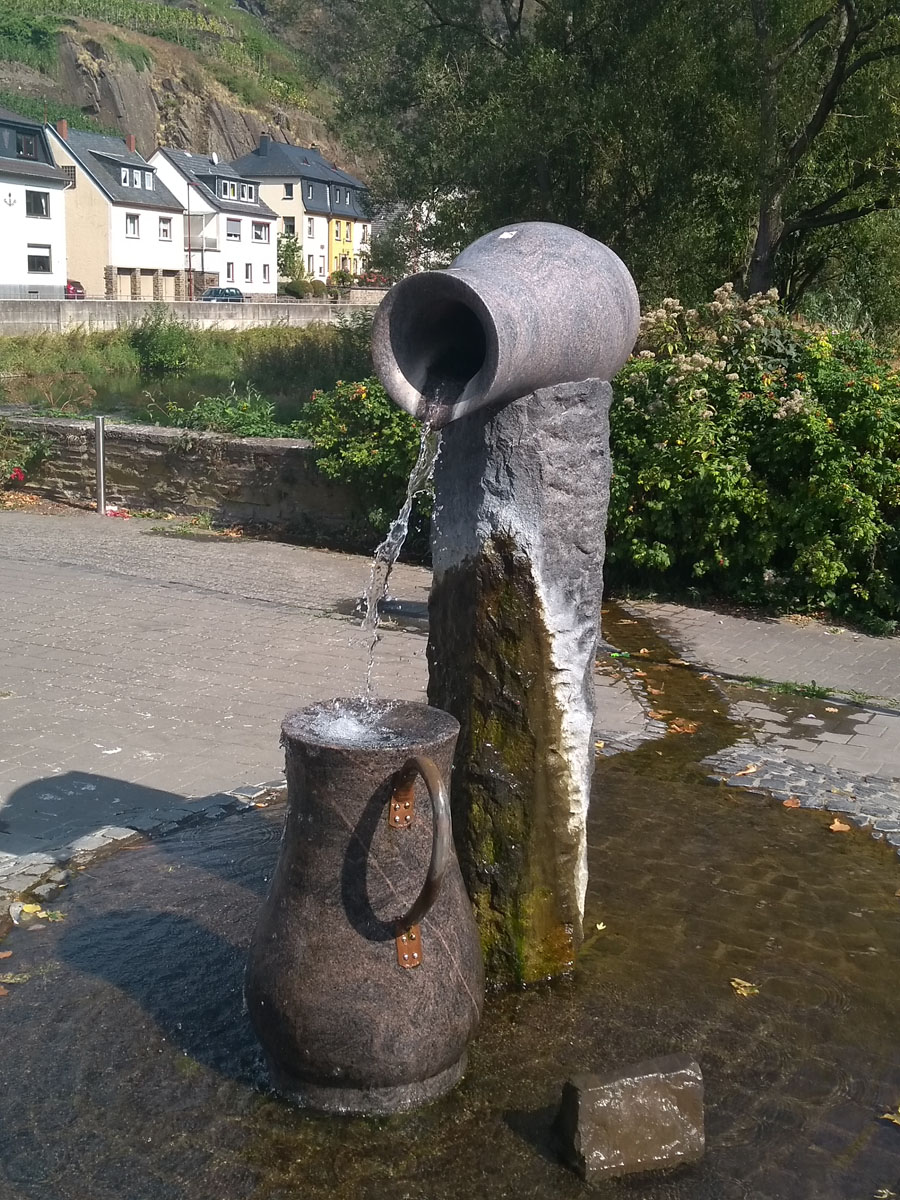 This morning we had planned to take the hourly train to visit a couple of the surrounding villages before going to the weinfest but, surprisingly for Germany, the one day travelcard would have cost a very expensive €40 for the two of us, so we knocked that one on the head. Instead we returned to the konditorei for coffee and cake before going for a stroll through the village. After lunch in the van we set off to the next village for the weinfest.

Rech was just under a mile away, along a cycle path built over a disused railway track which tunnelled through the hillside. We arrived there mid-afternoon, and things had already got going with brass oom-pah bands playing to the growing crowd. The many wine stalls were doing a brisk trade selling the local wines by the glass or bottle, and there was a very convivial atmosphere. There wasn’t a seat to be had, so we went for a walk around the village and found a nice bar where we could sit outside with a glass of wine, watching the world go by. When we returned to the main area there was a Dutch band giving 60’s classics like Hey Jude and Delilah the oom-pah treatment, all good fun.

People seemed to be arriving by the bus and train load and it was becoming rather crowded, so after pigging out on some pulled pork we walked back to the stellplatz.

Tonight we’ll be going back to the wine co-operative across the road, and tomorrow we’ll be moving on to another small wine town, this time on the River Rhine.