It was only a short hop from Mayschoß to a stellplatz at Andernach on the Rhine, though another road closed for roadworks added an extra 10 km to the journey. We knew that the Andernach stellplatz would be busy, so we arrived at around 11 and took one of the few empty spots. Driving in through the town, we were pretty disappointed as it all looked rather industrial, but after lunch we went for a walk and were pleased to find that there was an Altstadt which looked as though it came through WWII pretty unscathed. 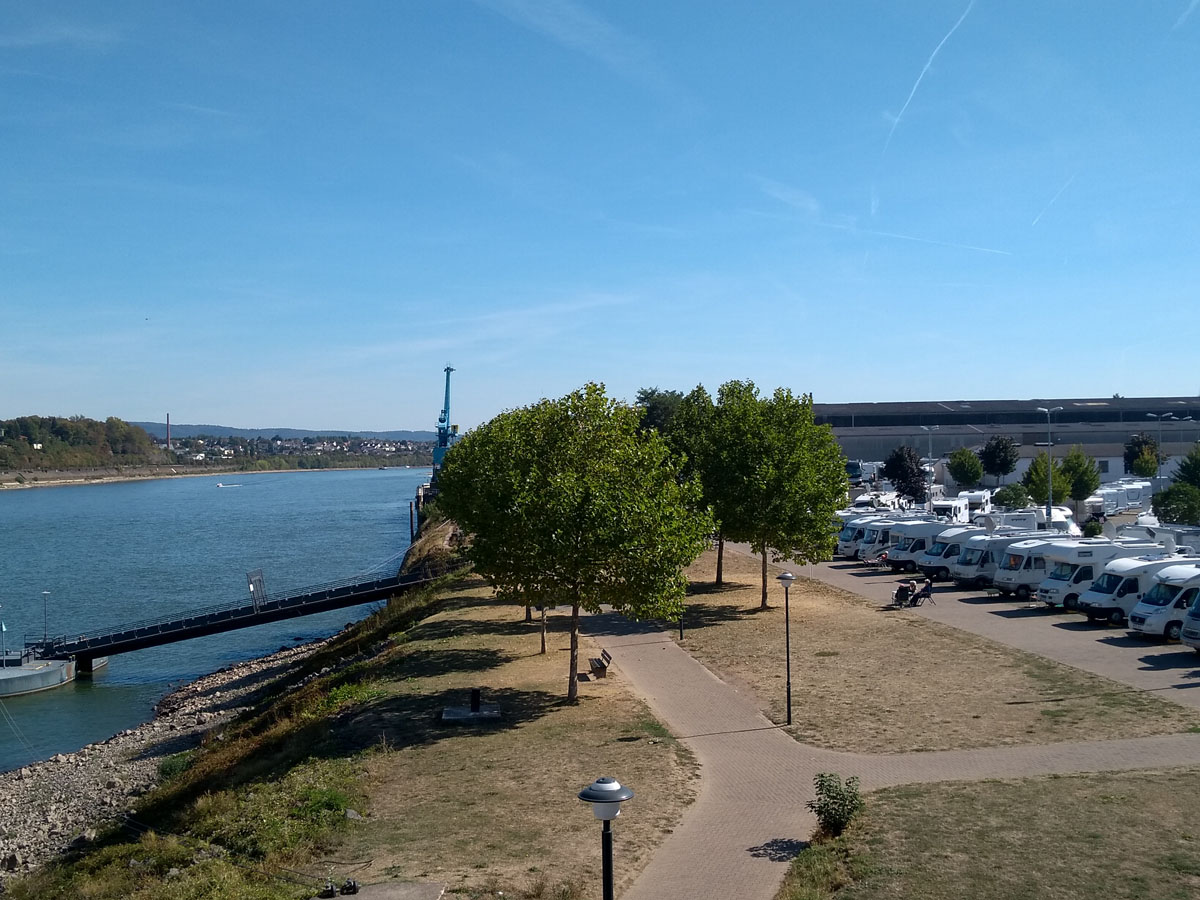 Prior to the war there had been a mental hospital in the town. However between 1941 and 1944, as part of what became known as Aktion T4, some 1,560 patients were bussed to the nearby Hadamar hospital and murdered in the newly installed gas chamber there. Today, there’s a memorial called the mirror container which is modelled on the Hadamar gas chamber, and the names of the victims are engraved on mirrors inside. 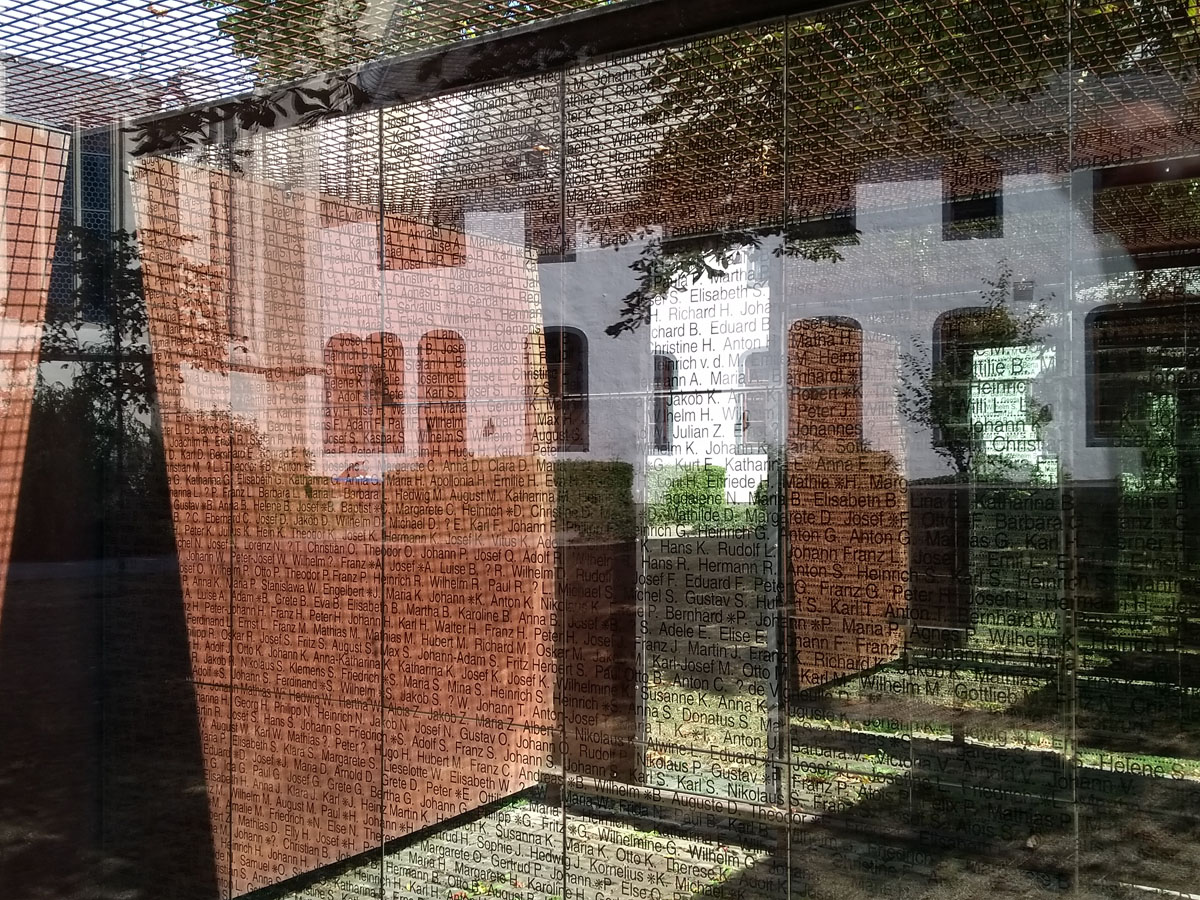 Large parts of the old city wall are still standing, and there’s a pretty market square where we stopped for refreshments. 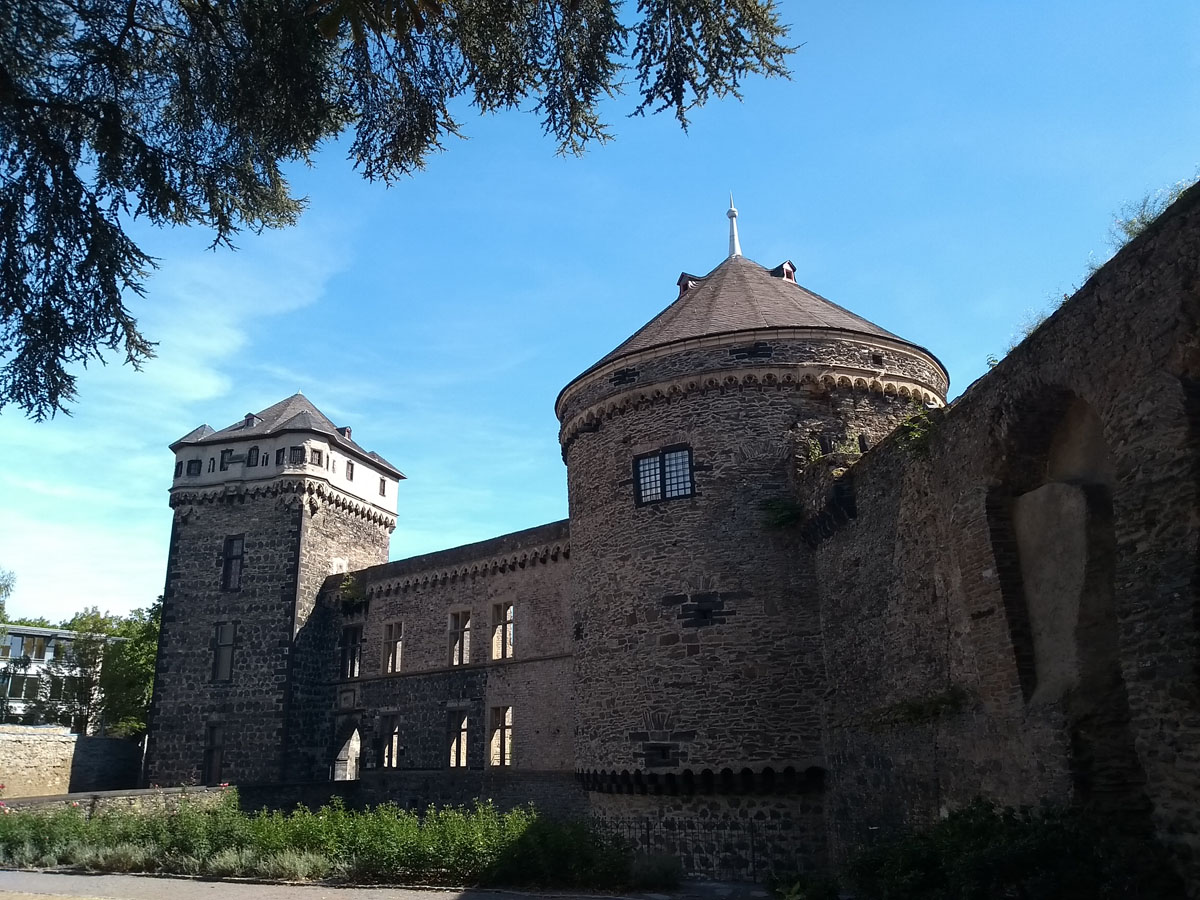 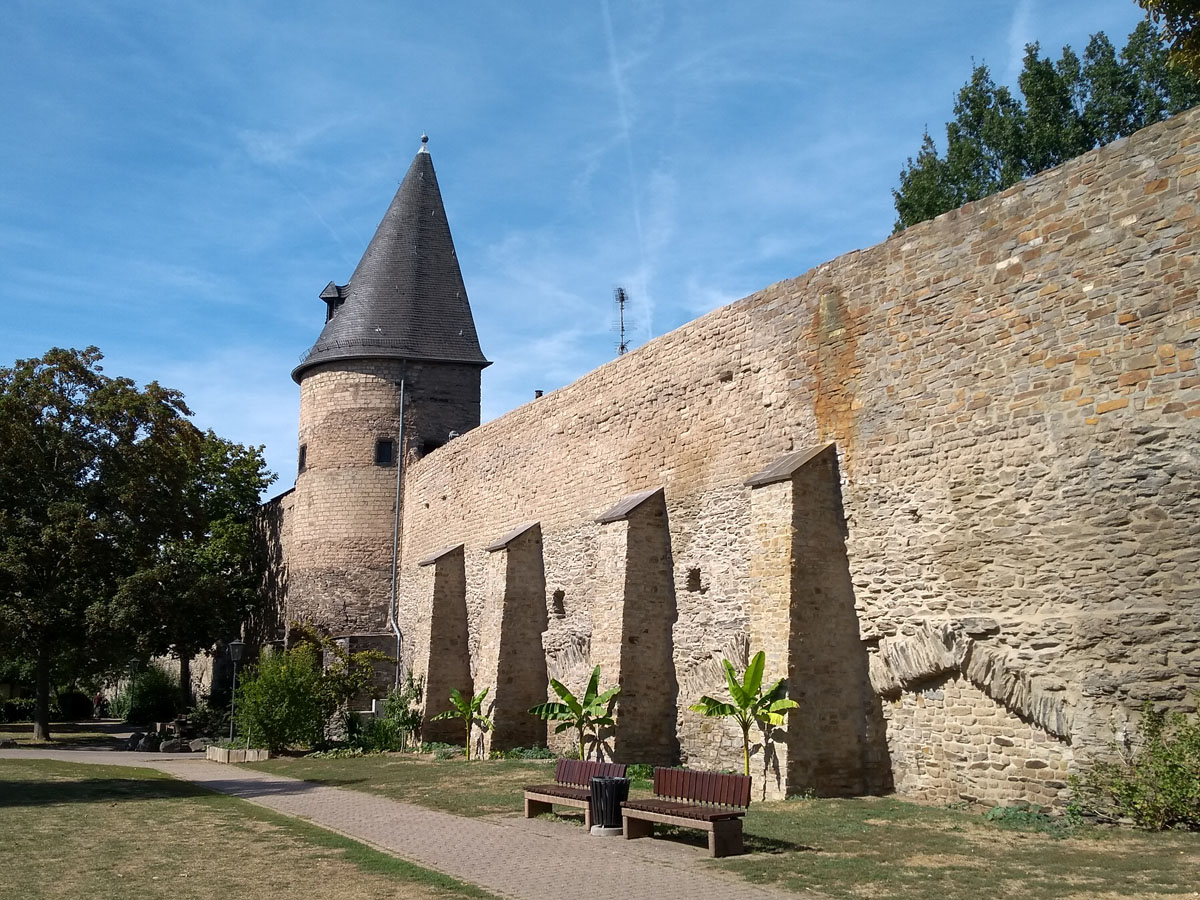 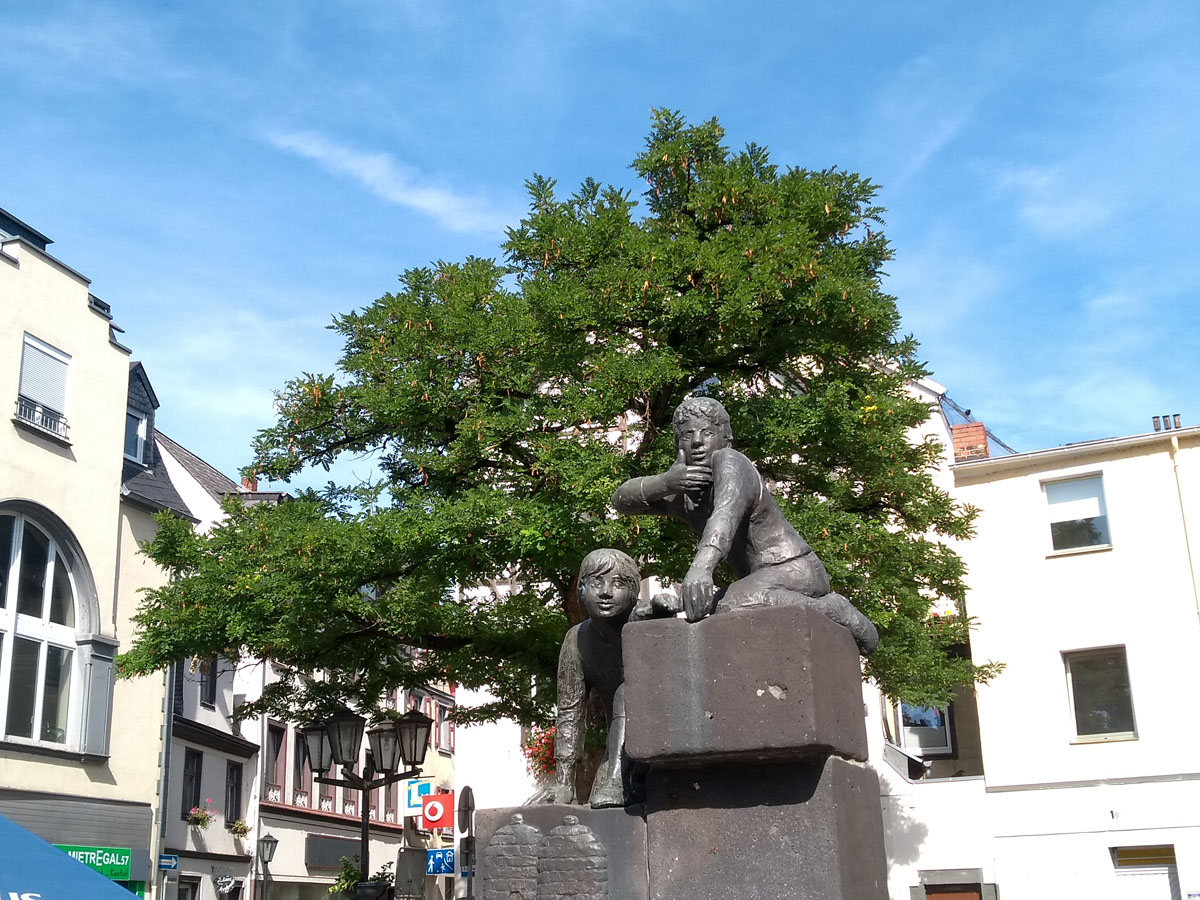 The next morning was our favourite day (not): laundry day. We had two weeks worth of washing, and with an Eco Express Waschsalon in the next town we got up early and went straight there. As it was early we were able to park the van behind the laundrette and, with just one old boy in there, we could put four loads on all at the same time. 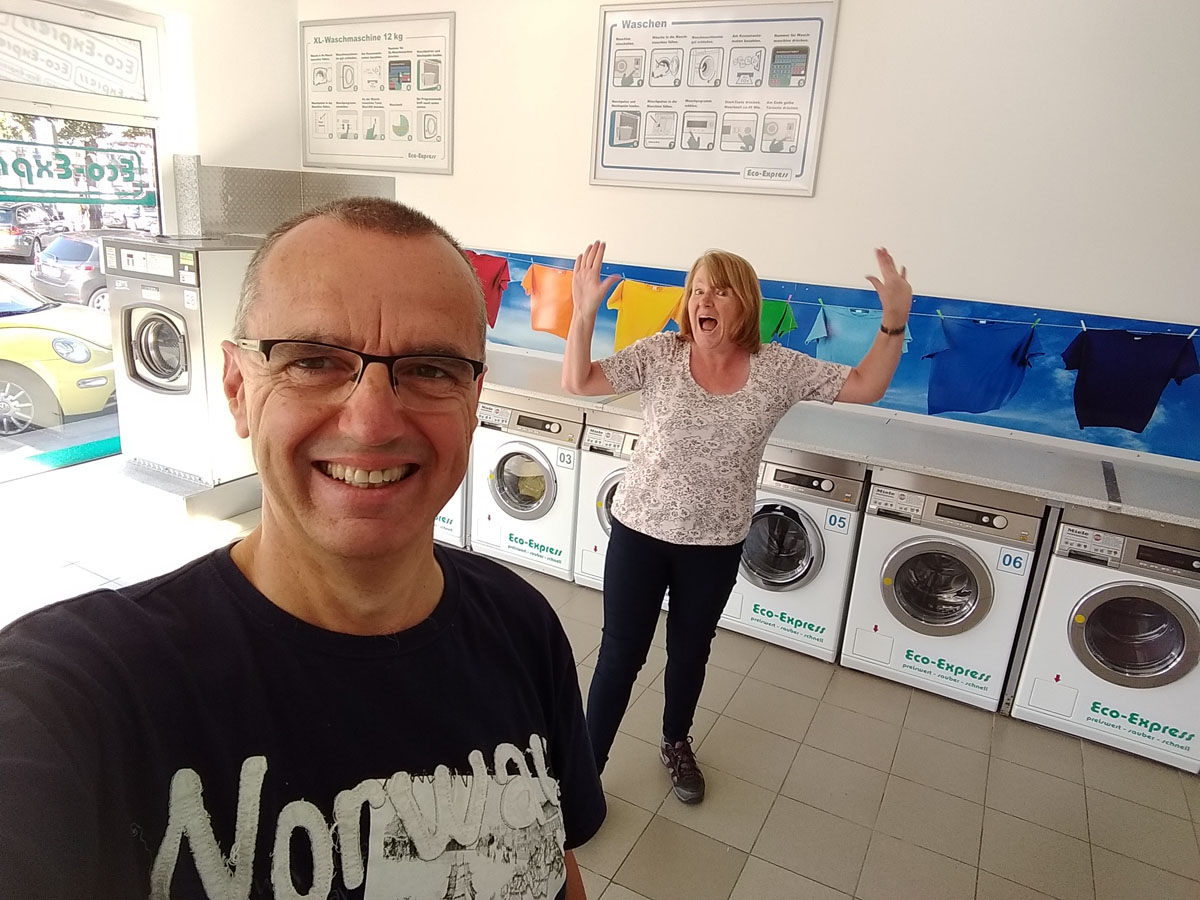 With the laundry done we drove straight to our next stop at a village called Urmitz. The stellplatz is another that overlooks the Rhine and so is very popular. With only 30 or so spaces we were worried that it might be full, but fortunately there were a couple of spaces so we were well happy. There isn’t much to see or do, but it’s a great place to have a lazy day by the Rhine, making the most of the warm and sunny late summer weather. 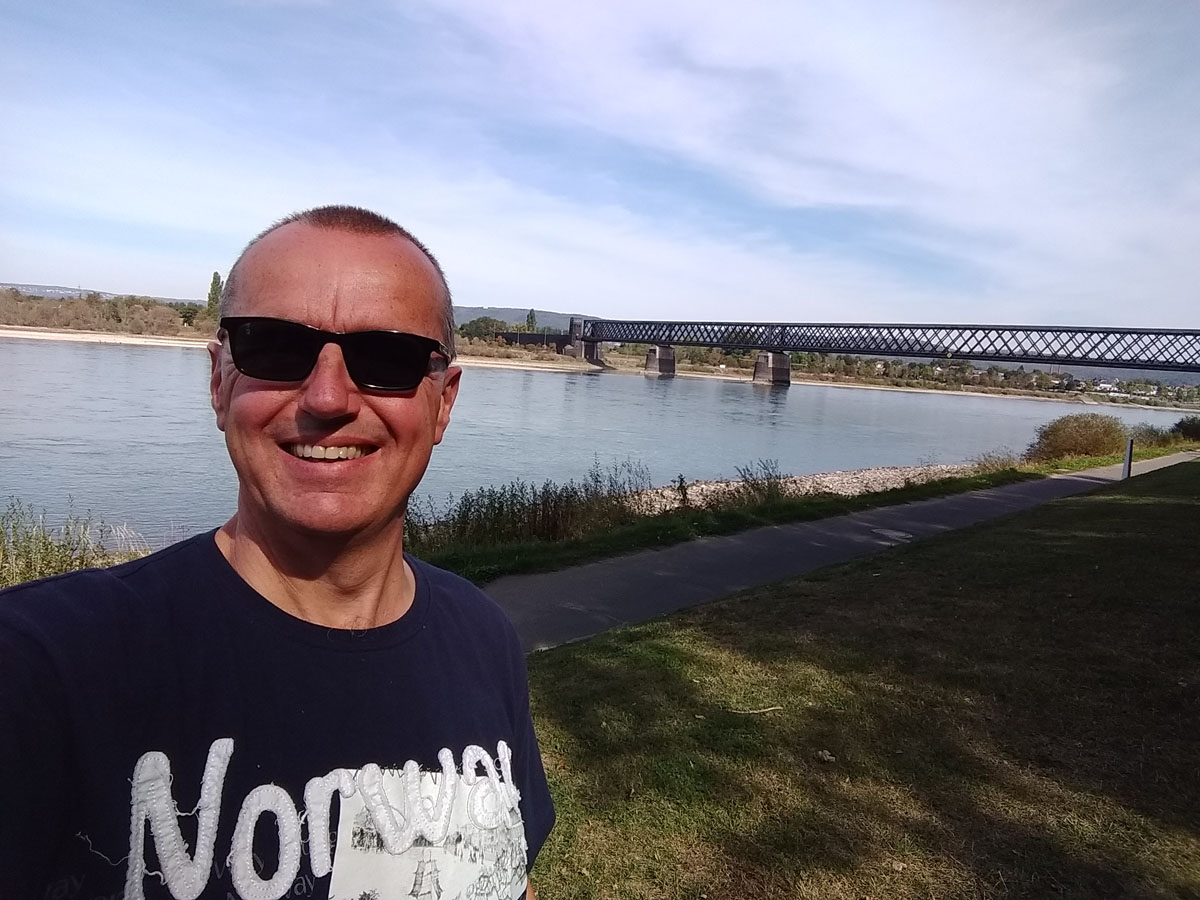 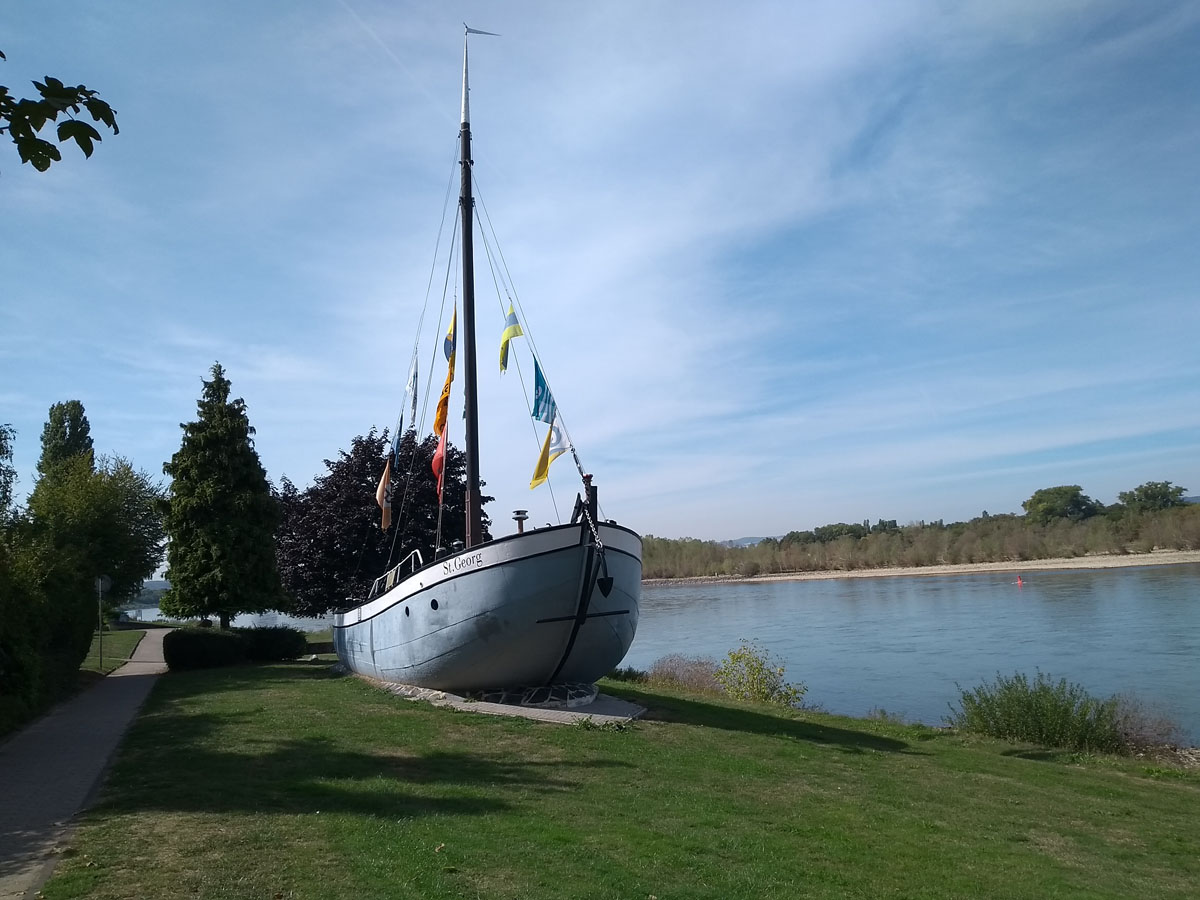 Our elderly German neighbours were an odd couple. They had an old classic Hymer van, complete with roofbox and a trailer that was filled with drink, like a mobile getränkmarkt. Through the windscreen you could see what looked like a full size black skeleton in their unmade bed – weird!

In the evening we sat outside as the sun set over the river, drinking a bottle of wine while listening to a guy singing and strumming his guitar a few vans away. 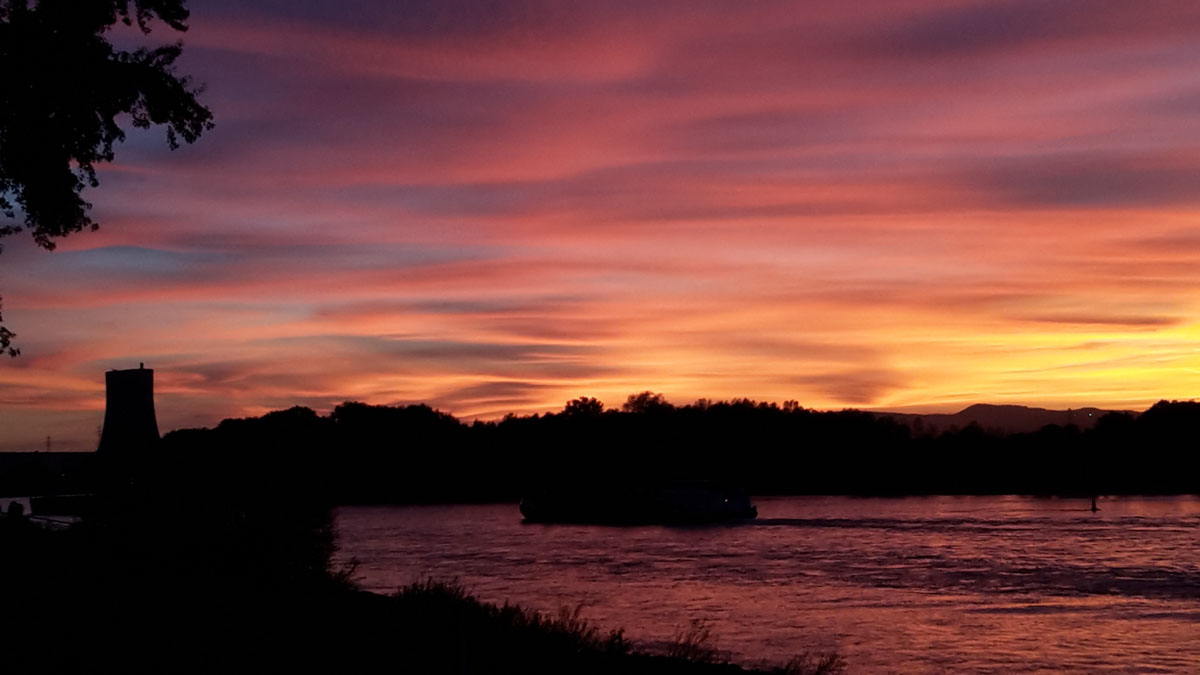 We didn’t know much about Montabaur other than it was a pretty old town with a schloss, or castle. As the stellplatz only has eight spaces we were keen to arrive early, though we needn’t have worried as there were no other vans there when we arrived. The owner was super friendly and gave us a warm welcome, recommending places to go.

After lunch we set off up the hill to the schloss, and from there we walked down to the Altstadt. It’s one of those places we love to discover, with half-timbered shops and houses, a marketplace and an old Rathaus. As it was a beautiful sunny day we stopped for a drink in the market place. There’s a big outlet centre the other side of the stellplatz, but we really couldn’t be bothered and so returned to the van to spend the rest of the afternoon reading in the shade. 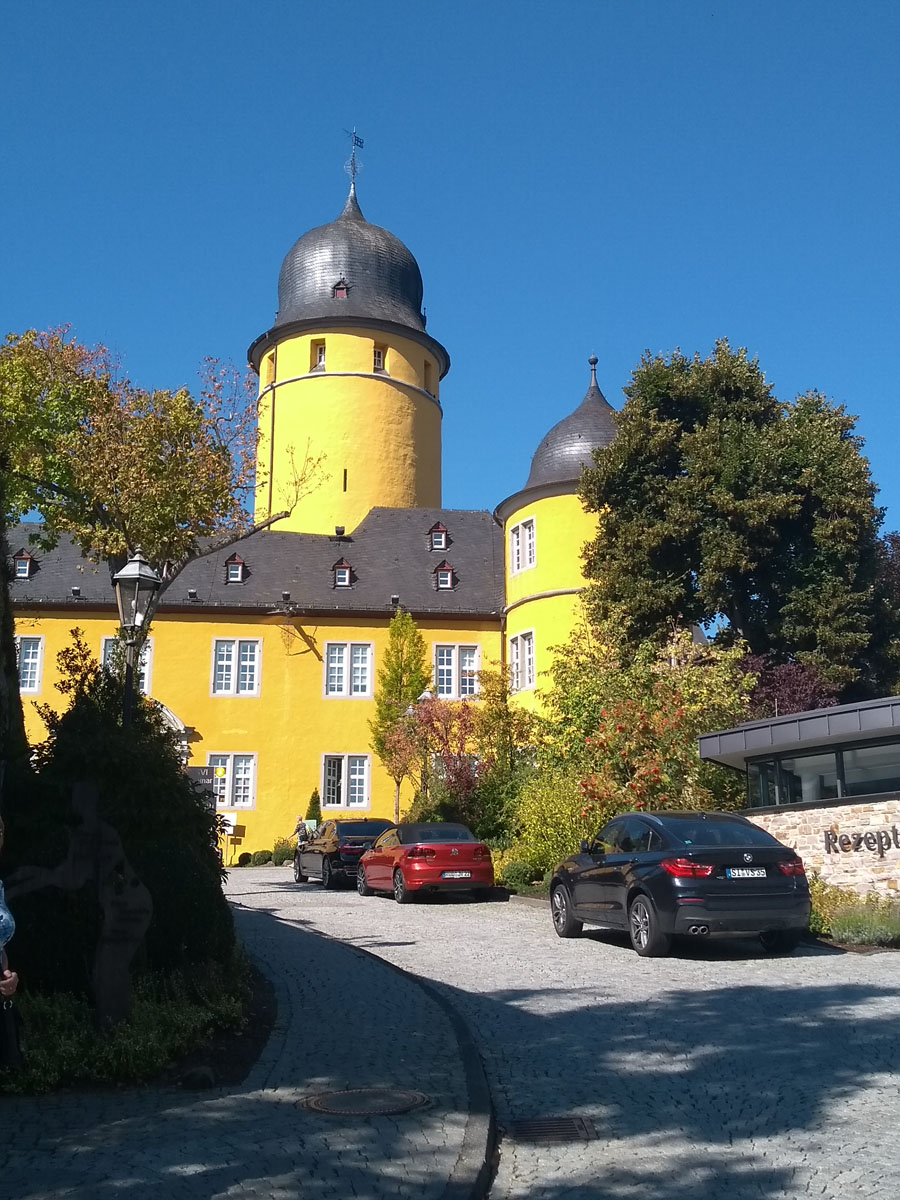 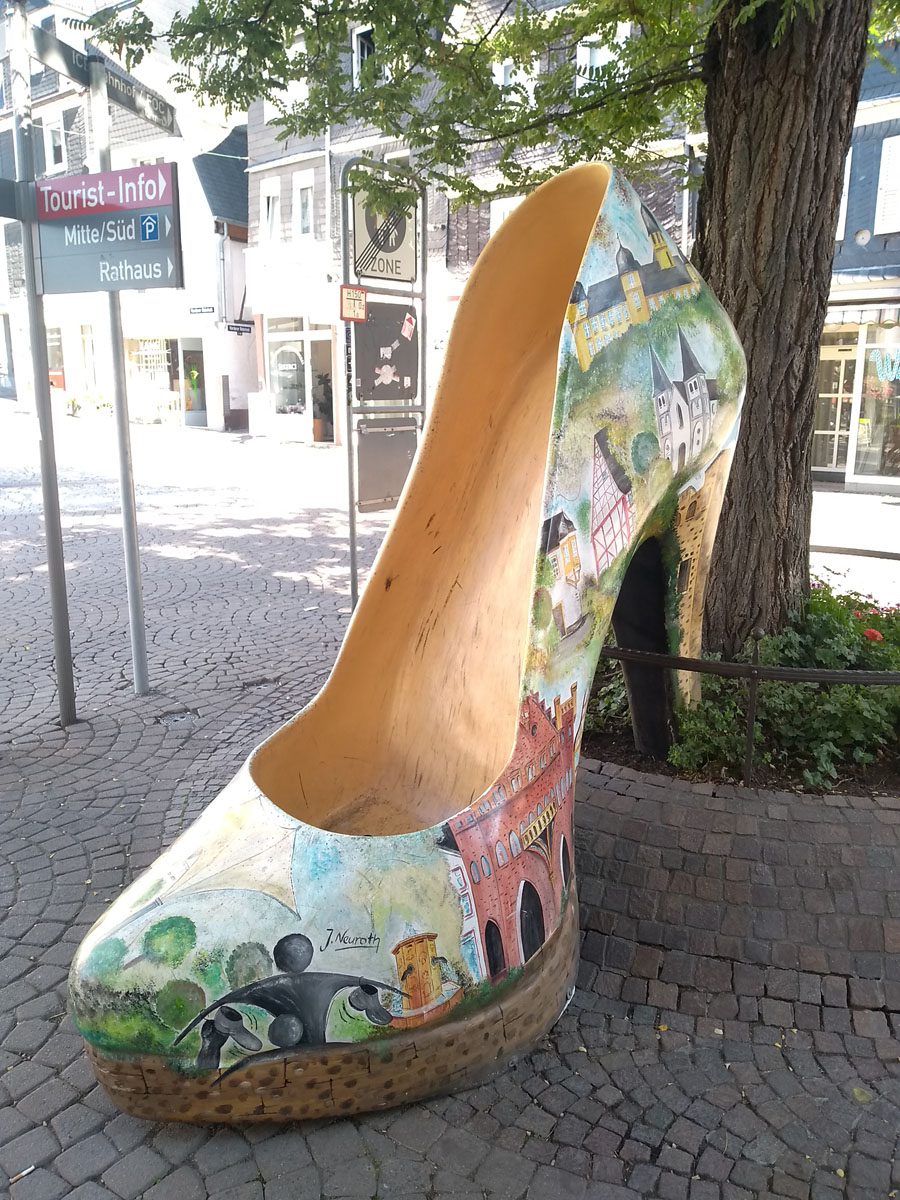 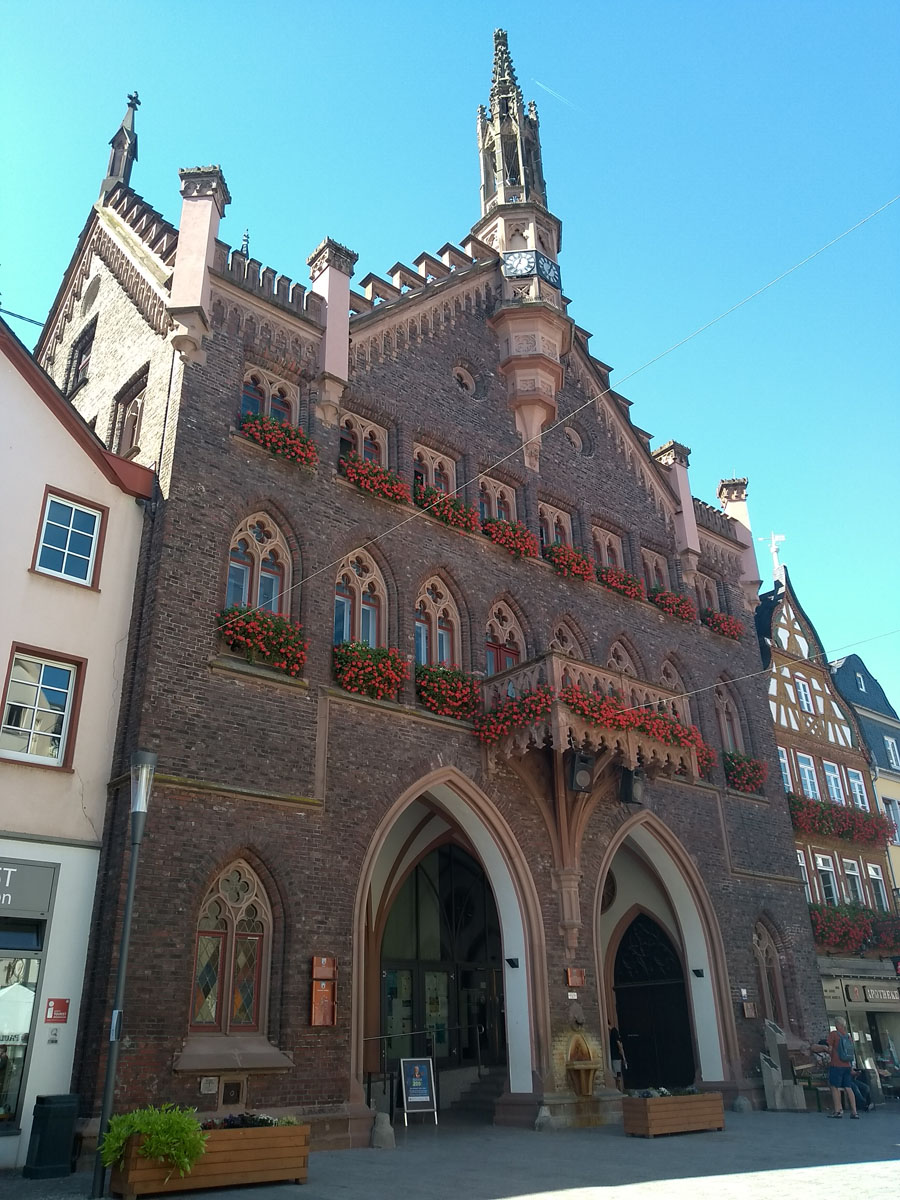 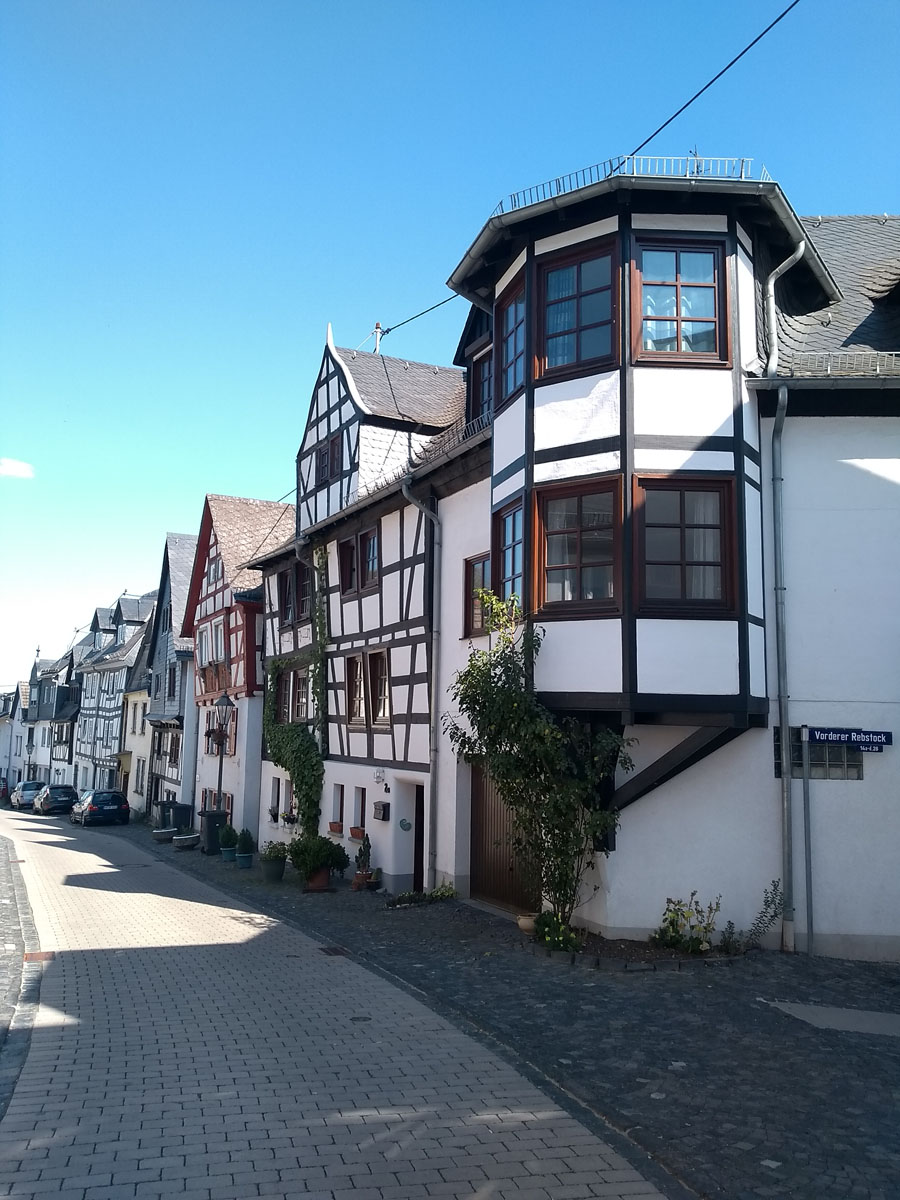 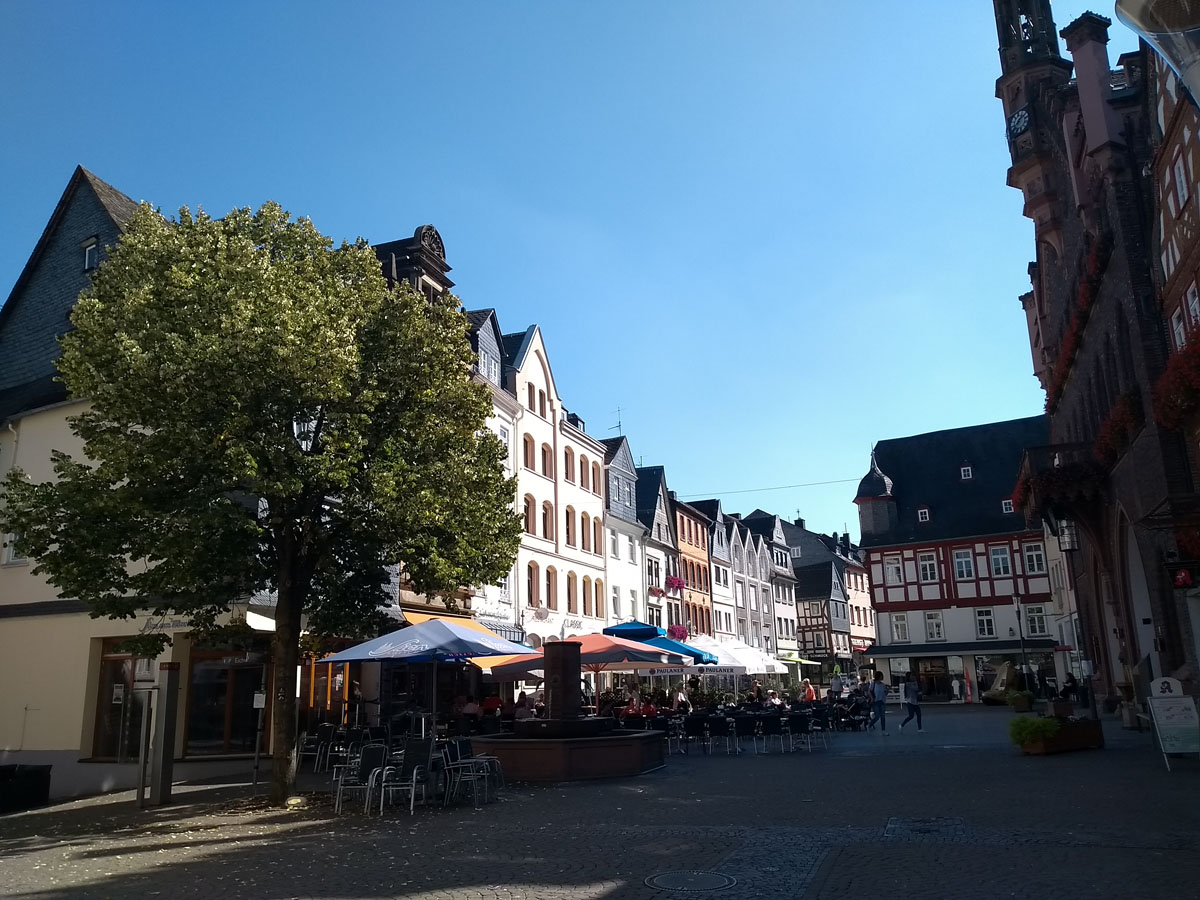 2 thoughts on “From Andernach to Montabaur”