Before leaving Pylos this morning we drove over to the other side of the Marina, where there was an abandoned platform around two metres high with some steps, and I gave the solar panel on our van roof its first clean since the start of our trip, so it should now be working at maximum efficiency, converting the sun’s rays into precious electricity stored in our leisure battery.

First stop was Methoni, just 11 km away at the tip of the westernmost peninsula of the Peloponnese. Parking the van in the village, we crossed the bridge over the moat and entered the castle guarding this strategic point. Its been fortified since the 7th century BC and so the architecture is a mixture of Byzantine, Venetian, Ottoman and Greek. We were surprised at just how well preserved it all is. 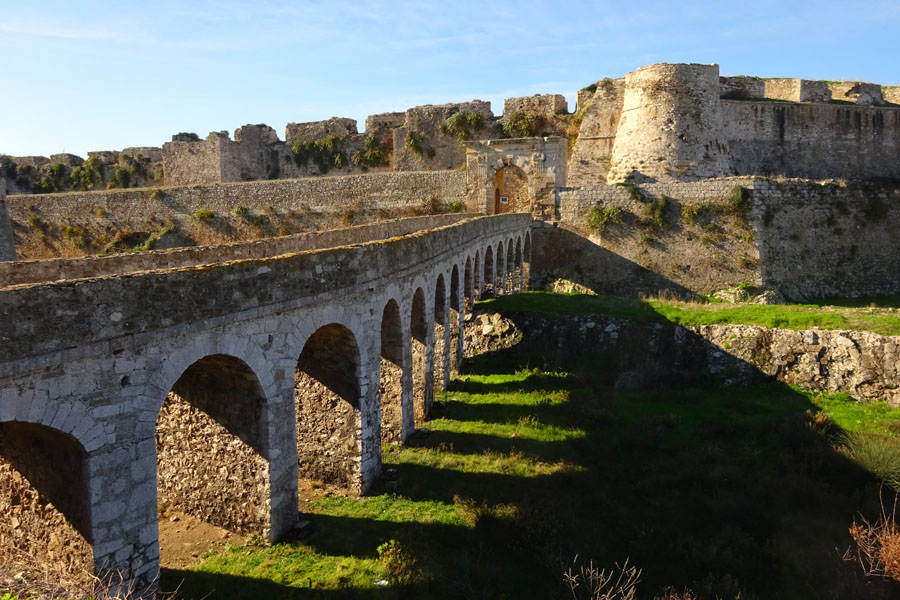 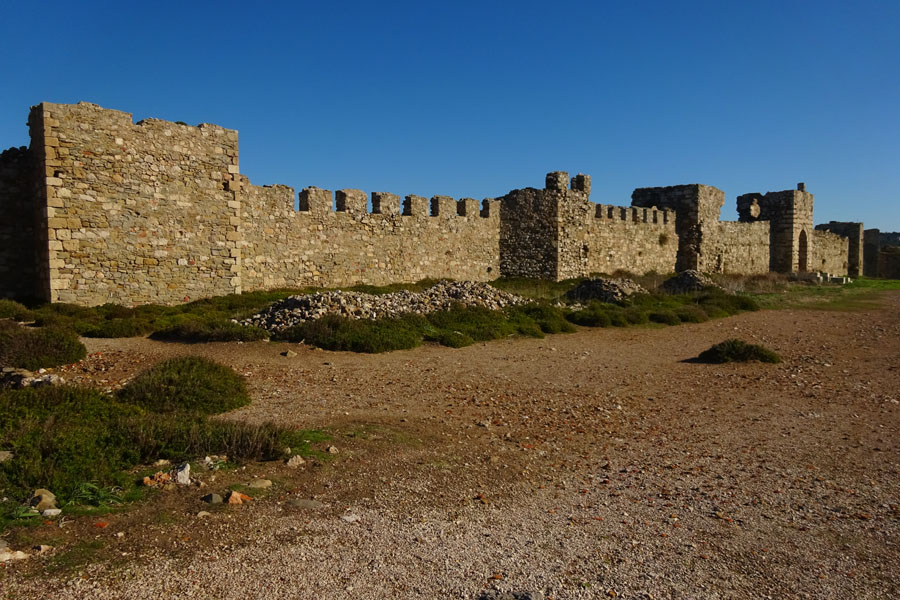 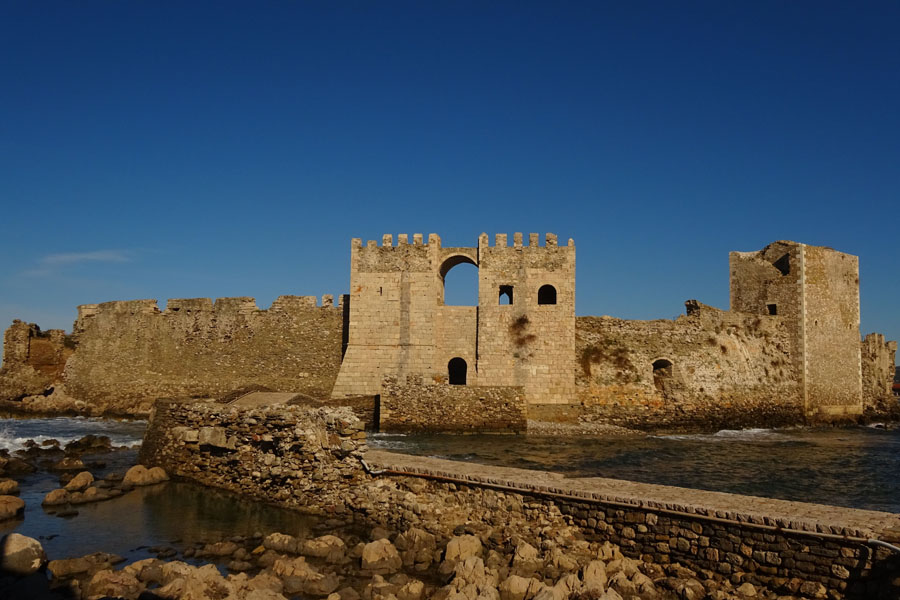 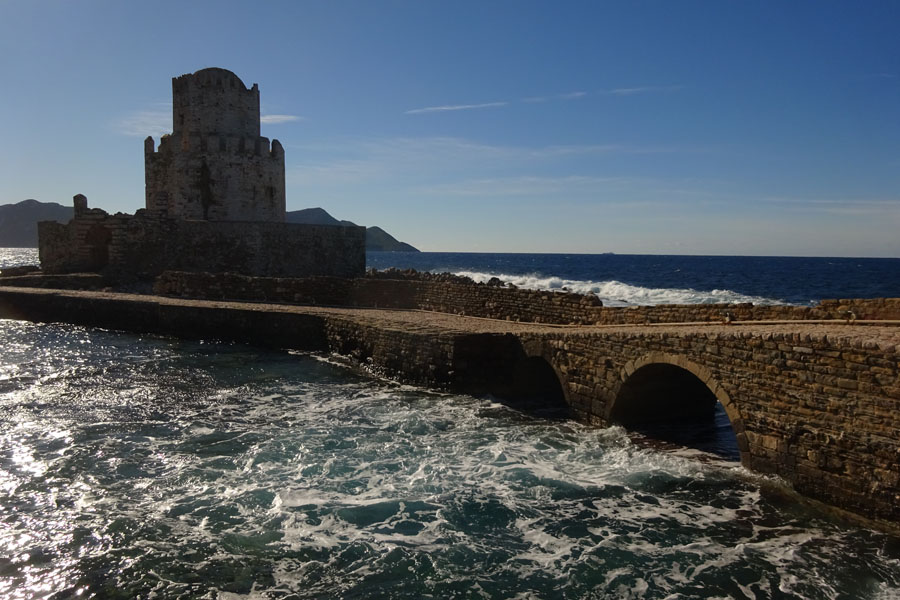 On leaving Methoni we planned to drive across to Koroni, on the south eastern coast of the peninsula, to see in the New Year at Camping Koroni. Although this is listed as being open all year round in the ACSI book as well as the campsite’s own website, it was all closed up when we got there and so we had to come up with a Plan B, which was to move on to the marina at Kalamata, where we need to be for Carol’s dentist appointment on Tuesday.

Fortunately the marina was open, so we have an excellent pitch for the next few days. A few of the nearby tavernas will be open this evening but they’re all fully booked, so we’ll be seeing the New Year in watching a film in the van, and we’ll go and have a meal out tomorrow instead. Whilst we’re here, we’re going to explore the town and also seek out some of the olives and olive oil which it is famous for.

Wishing all of our family, friends and fellow motorhomers a very happy and healthy 2018.