I think it’s fair to say that Naples doesn’t have the best of reputations. A Google search for “Naples Reputation” will return articles like “Why no one wants to travel to Naples” and “Naples: Italy’s scariest city?”. Not wanting to let that put us off, and as it’s only a half hour train journey from Pompeii, we thought we’d go and check the city out for ourselves.

The train tickets were a bargain at €2.80 each, though it has to be said that the trains are old with uncomfortable plastic seating, and covered in graffiti. You get what you pay for I guess. We grabbed a city map at Naples station and then set off towards the Centro Storico. Seeing a busy market down one of the side streets, we went to have a look. The stalls were a mixture of food (lots of very fresh fish and shellfish), clothes and lookie lookie guys selling phone cases and chargers as well as fake Ray-bans. It was very crowded so we turned off and made our way back to the main road. They seem to be building a new metro line or extension, as there was lots of work underway with pavements closed here and there, but we made it to the central area without getting lost.

There’s not a huge amount to do in Naples that particularly appealed to us. We looked into going to the archaeological museum, where mosaics and other artefacts from Pompeii and Herculaneum are displayed, but the €11 admission was more than we wanted to pay so we gave that a miss and made do with wandering around the city centre instead. We checked out the Maschio Angioino and the Royal Palace in Piazza Plebiscito, and then went for a walk along the sea front by the Castell Dell’Ovo, where we ignored the waiters who were trying to get us to eat in their very touristy restaurants.

Walking into the shopping area, we found a lovely wine bar and had a good lunch. Today is the Immaculate Conception holiday – the last of three consecutive public holidays here – and it seemed that everyone from the local area had decided to go shopping in Naples for the day as it was absolutely heaving with people. We would have liked to properly explore the Quartieri Spagnoli, but that and the surrounding streets were just way too crowded – like Christmas shopping in Oxford Street used to be before the days of the internet. What didn’t help was the number of lookie lookie guys with tables set up all over the place clogging the pavements up. Before long we’d both had enough, and so we decided to head back to Pompeii. 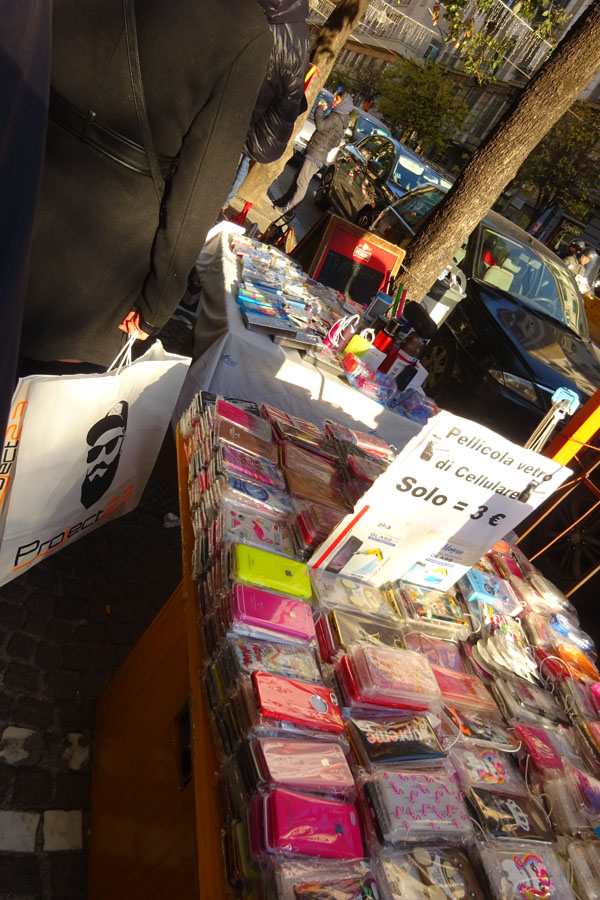 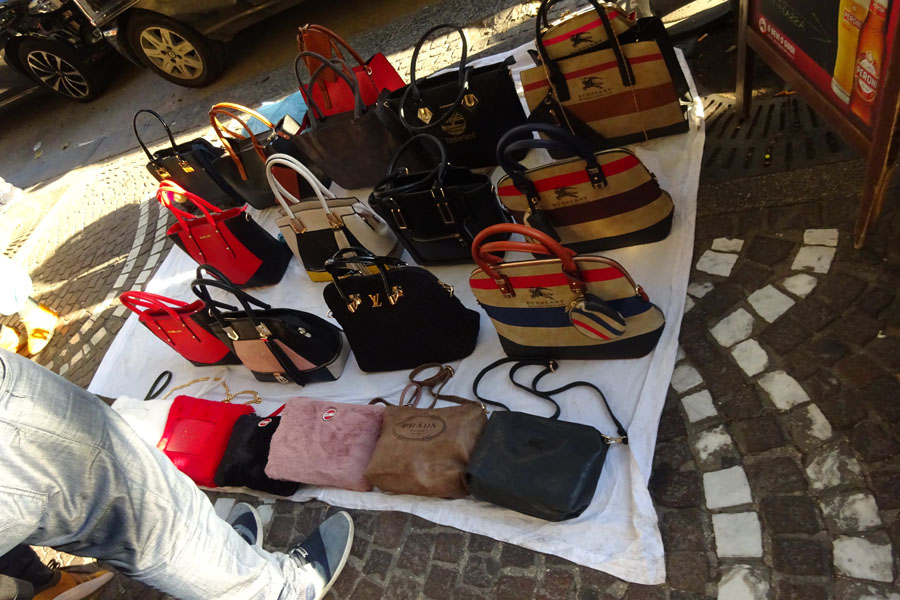 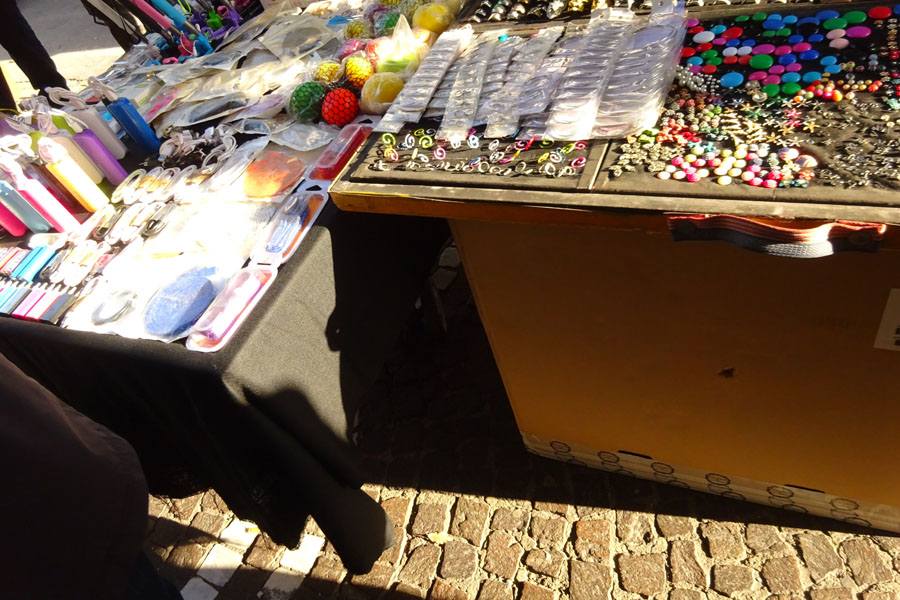 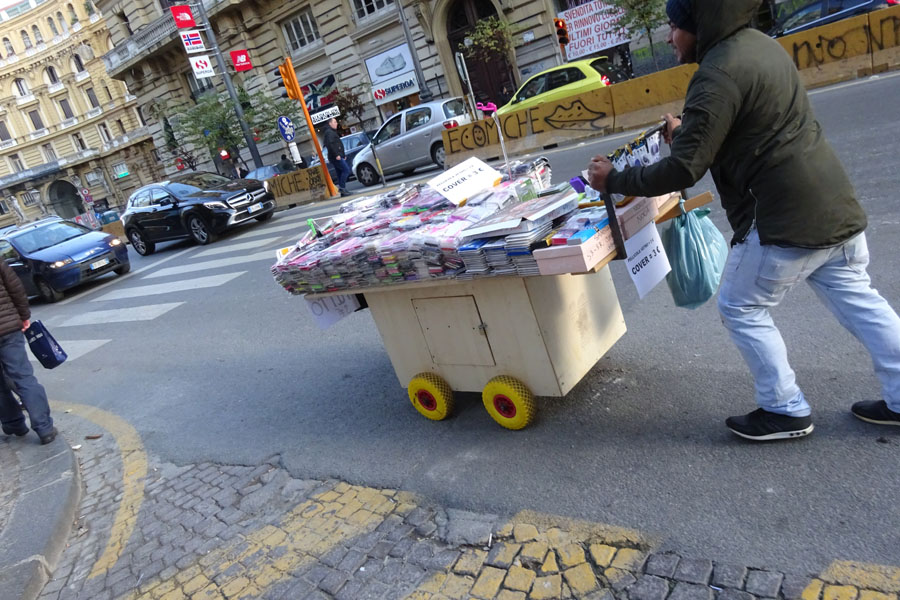 So our thoughts on Naples? It’s a very noisy, scruffy city, with graffiti everywhere, lots of litter and pavement sausages where owners don’t clean up after their dogs. The local authorities definitely need to clamp down on the lookie lookie guys, but I expect that the local mafia would probably have something to say about that. We didn’t feel unsafe, but I wouldn’t like to stray from the main roads after dark. There’s not a huge amount to see and do, and we were disappointed at the lack of decent eateries. Neither of us feel that we would like to return anytime soon.

Tomorrow we will be catching the train to Sorrento, where we’ll hopefully have a more enjoyable day.