I’ve wanted to visit Pompeii ever since I was a kid at junior school, so it was great to be able to finally visit today.

As the site we’re staying at is directly opposite the entrance for Pompeii, we were in there by 9:30 this morning. Not being lovers of the audio guides, we bought a guide book to accompany the map of the site before setting off exploring the site. Being mid-December it wasn’t too crowded, though we’re in the middle of a three day long bank holiday here so it was still fairly busy.

The site is absolutely huge, much bigger than we expected, and there are still areas which haven’t yet been excavated, as they have enough work on their hands maintaining that which already has been.

Even though we spent around six hours walking around, we didn’t get to see everything – though we did see all we wanted to see. It’s all so well preserved that it felt weird walking around, as though we were wandering around a ghost town where time had stood still. Spookiest of all were plaster casts of the bodies of many who perished when engulfed by lava in the eruption of 79 AD. One of the techniques used by late 19th century archaeologists was to fill voids in the lava with plaster, and many of these are dotted around the site.

We had an excellent day out, and would definitely recommend it. Tomorrow we’ll be catching the train into Naples. 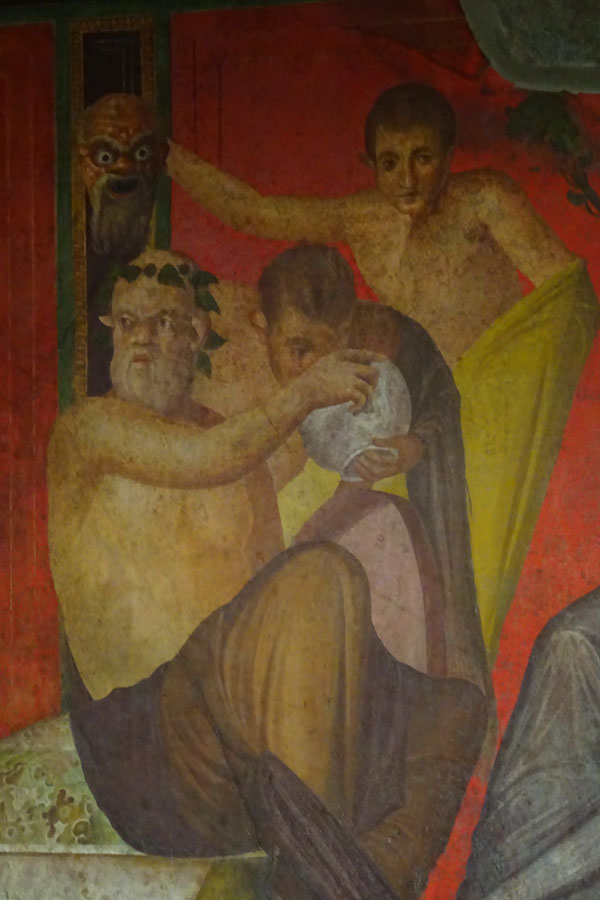