I had originally planned to write one blog post for Sofia, but I’ve already taken so many ‘blog worthy’ photos (as Carol calls them) that I’m going to have to write two updates.

Our neighbour on our final night in Thessaloniki was Bert from Holland who lives in a massive truck. We’d previously met him in Kalamata and Corinth, but unfortunately we left early and didn’t get chance to say hello. We’ll probably cross paths somewhere else.

After a quick shop at Lidl, we whiled away the drive to the border listening to more podcasts. After having said in my last post that the roads in Greece were good, the last stretch of road before the Bulgarian border was truly shocking, and it was impossible to avoid the potholes. You can tell when you’re approaching a border as the surroundings become like the Wild West with loads of cabins selling tat or offering to change money alongside the almost obligatory casino. We’d been warned that the crossing would most likely be busy with a massive queue of trucks, so we were pleasantly surprised that we could drive straight up to the passport and customs posts without having to queue.

A vignette is required on the roads in Bulgaria, which is a bit like a temporary tax disc in lieu of road tolls. It cost 40 Bulgarian lev, which equates to about €20, and will last for a week. As we approached Sofia we could see that snow had fallen in recent days, but fortunately the roads were clear.

Our camperstop in Sofia is owned by Ivan. It’s a small place, big enough for about four vans, but he closes for winter. As there are no other camperstops in Sofia I had emailed him to ask if we could stay for a few days, and he kindly agreed. There was nobody around when we arrived so we parked the van where we thought best and hooked the van up to the electric. Ivan then appeared and told me off for not tooting when we arrived – I think he’d been having a cheeky afternoon nap! He showed us where everything was and gave us a map for the metro, then told us that we’re his first ever winter guests. He went on to say that we’re very lucky as at this time of year there’s normally a metre of snow.

The metro stop is just five minutes walk from the camperstop, and it’s just seven stops from the centre. It all seems rather new, rather reminiscent of the Docklands Light Railway in London, and is a bargain 1.60 lev.

We got off the metro at the main station, Serdika, and after getting a map at the tourist information we went for a wander. As it was late afternoon, we just wanted to find our bearings and have some dinner, but we did walk past many of the main sites. Most of the restaurants we passed were pizza places, so when we passed a Wagamama we decided to eat there before catching the metro back to the van.

This morning we serviced the van before going into the city. Because it gets so cold here, Ivan has to switch the water off at the mains to stop the pipes bursting, so it was a bit of a faff to lift up the manhole cover with a pickaxe, remove loads of polystyrene insulation and switch on the tap for the mains. I can see why Ivan doesn’t open up his site in the winter!

Our first stop was the Museum of Socialist Arts. It’s a bit like a storage depot where they’ve put lots of the communist-era statues and paintings which were taken down after 1989. It’s tucked out of the way behind a large business park, four stops from Serdika on the metro, but it doesn’t take long to get there. Included in the 6 lev/€3 admission is a half-hour video showing communist-era newsreels (pure propaganda) which was really interesting. After viewing the paintings we wandered around the grounds to see lots of iconic sculptures of Lenin and other communist heroes. 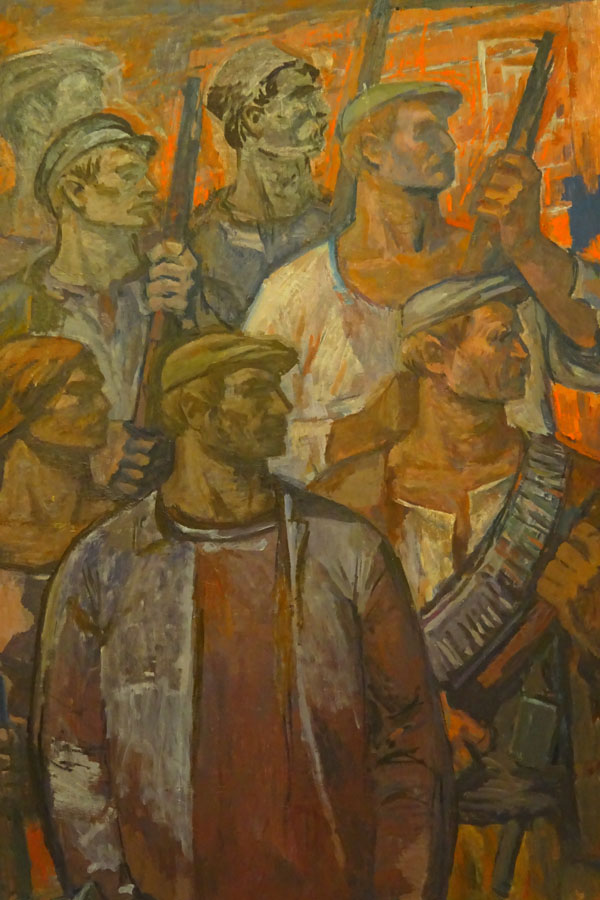 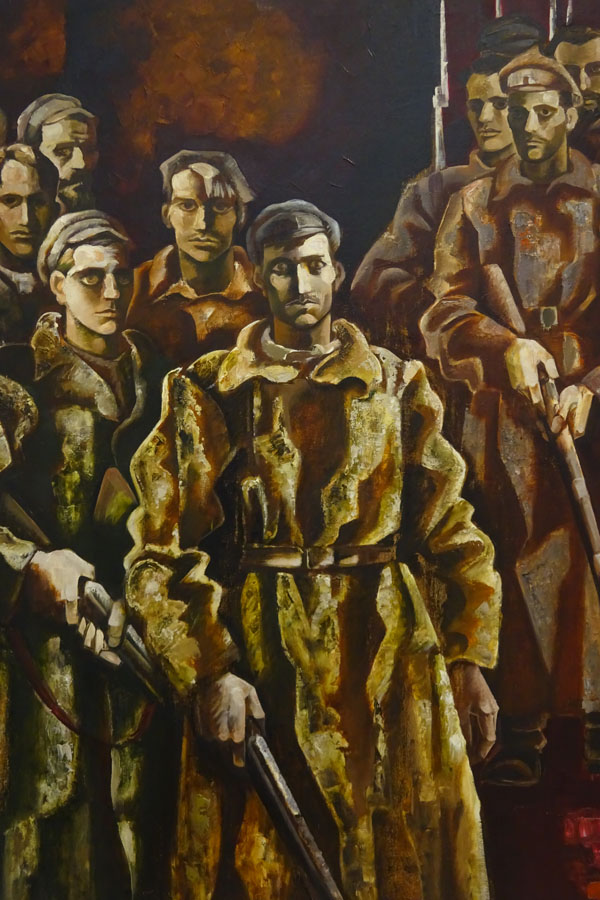 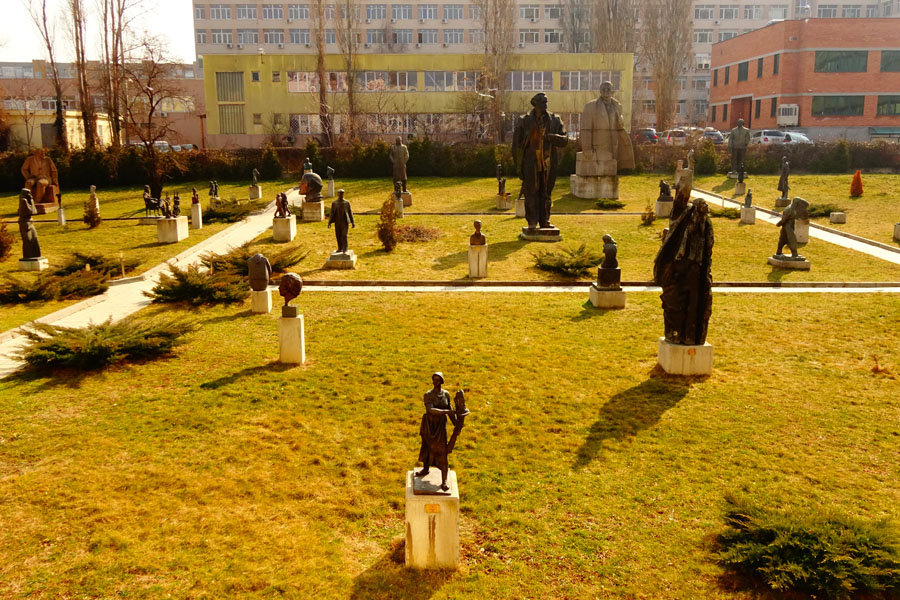 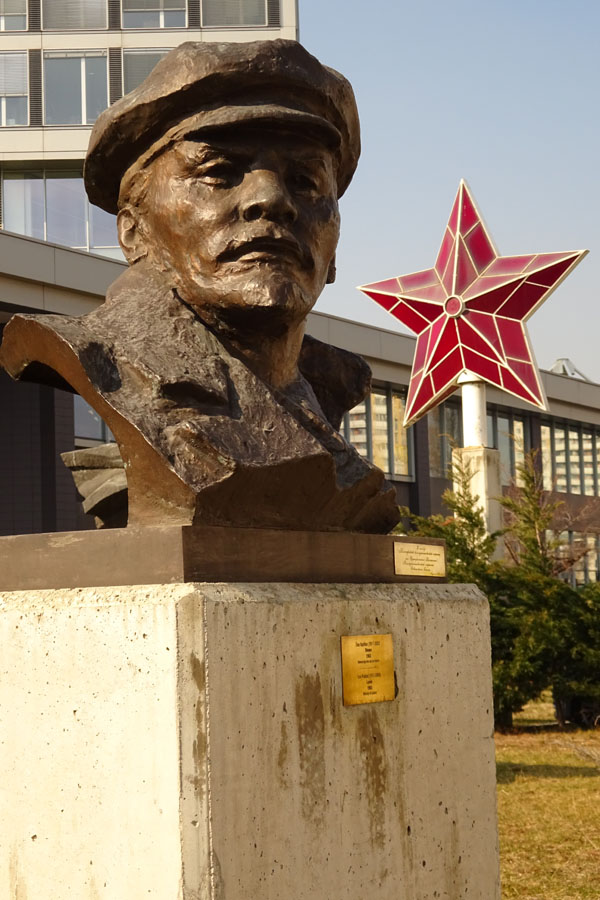 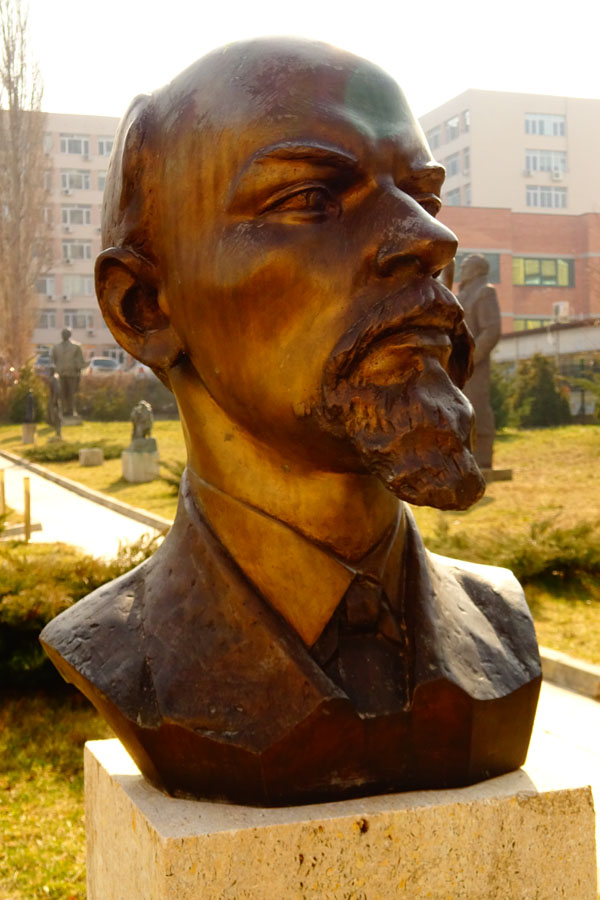 We then caught the metro back to Serdika and went for a more thorough walk around town.

Looking out for somewhere to have dinner, Carol spotted a rather unassuming restaurant on the high street which served traditional Bulgarian food. The front of the restaurant was just a doorway and a long passageway to the main part of the restaurant. The menu looked very inviting and so we went in. The place was pretty large, somewhere around 220 covers, and the food was delicious – one of the best meals we’ve had since we set off on our travels.

Tomorrow we’ll be going back into town for another walking tour so that we can learn some of the history about the place, and on Sunday morning we’ll be moving on.

6 thoughts on “Sofia Days One and Two”