On our travels behind what was the Iron Curtain, there have been regular reminders of the oppressive totalitarian Nazi and Soviet regimes which once held sway here. We’ve visited museums in Berlin, Leipzig, Pivka, Sofia, Budapest, Dresden, Warsaw and Gdańsk, with each one giving a different take on the events of the 20th century, and each time I find myself struggling to comprehend that so much of what happened took place in my own lifetime.

The equivalent museum in Vilnius is the Museum of Genocide Victims, which we visited on Friday. A plaque outside the building says “During the occupations of the 20th century, the following repressive bodies operated in this building: the Gestapo, and the KGB. The genocide of the population was planned here. Citizens of Lithuania were imprisoned, interrogated, tortured and killed”. The names of some of the thousand or so people executed in the building have been carved on the surrounding wall.

The museum tells the country’s 20th century history really well, with lots of photos and interesting artefacts on display, and almost all information boards translated into English. In the basement are the original prison cells, the most harrowing part being the execution chamber complete with bullet holes in the walls, leaving little to the imagination. I think it’s amazing that Lithuania, like so many of the former communist states, went through what it did, and yet in less than 30 years it has transformed itself into a modern European nation state. If you’re ever in Vilnius, I would strongly recommend visiting the museum. 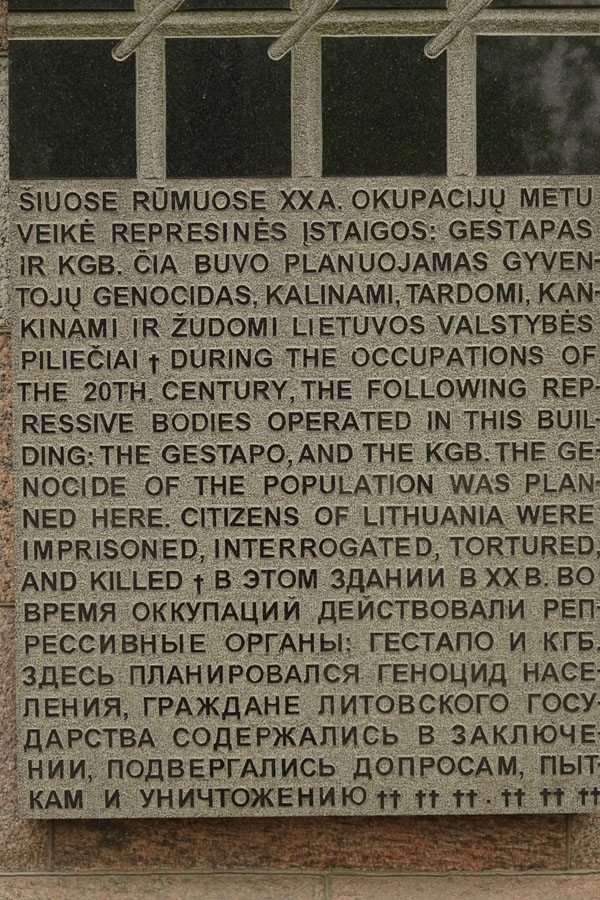 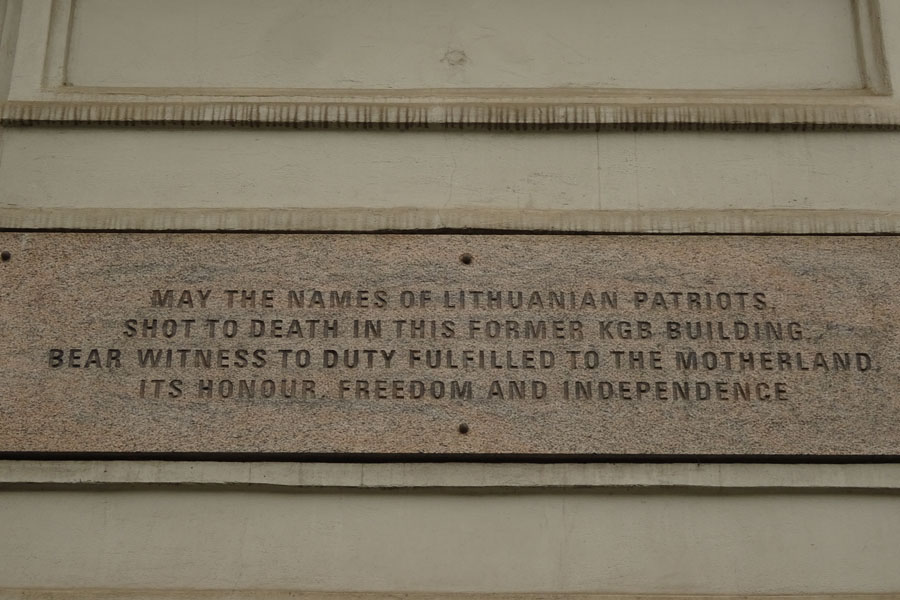 The rest of our time here has been spent wandering around the city. We’ve climbed up to the top of the Hill of Three Crosses to get a wonderful panoramic view over the city. It would have been very rude not to pay another visit to our new favourite café, so we’ve been back there a couple of times, and we had a lovely meal out at an excellent Moroccan restaurant in the Republic of Užupis. We also found a café where the ice cream was the best in living memory, also necessitating a return visit.

We’ve had a really enjoyable week in Vilnius, but it’s time for us to move on. The ferry crossing to Helsinki has now been booked for 23rd May, so we have just over two weeks to travel to Tallinn via Riga and a couple of other places. Exciting times!