After a restful few days near Albufeira, we have now moved westward to Alvor. On the way over we filled up with LPG and diesel, and replenished our food and wine stocks (and the naughty cupboard) with a trip to the supermarket. I also had my back clicked by the chiropractor in Lagoa, which desperately needed doing.

The Alvor aire is located just 50 metres from the sandy golden beaches, and we can hear the waves lapping in from the van. At €7 per night, including services and electricity, it’s great value, and so we decided that we’d stop here for two nights.

The seafront here is great, which it should be, as it has had a lot of money spent on it (some €2.1m, including a contribution from the EU!). This has paid for a 6km long boardwalk, along which there are many bars and restaurants.

After several days of hot weather, today was more our sort of weather – cooler and overcast, with a nice breeze – so this morning we set off along the boardwalk in an easterly direction, and ended up at a place not too dissimilar to the Jurassic coast in the Lyme Regis area of Dorset in the UK, with its sandy coloured rocks. It really was beautiful. 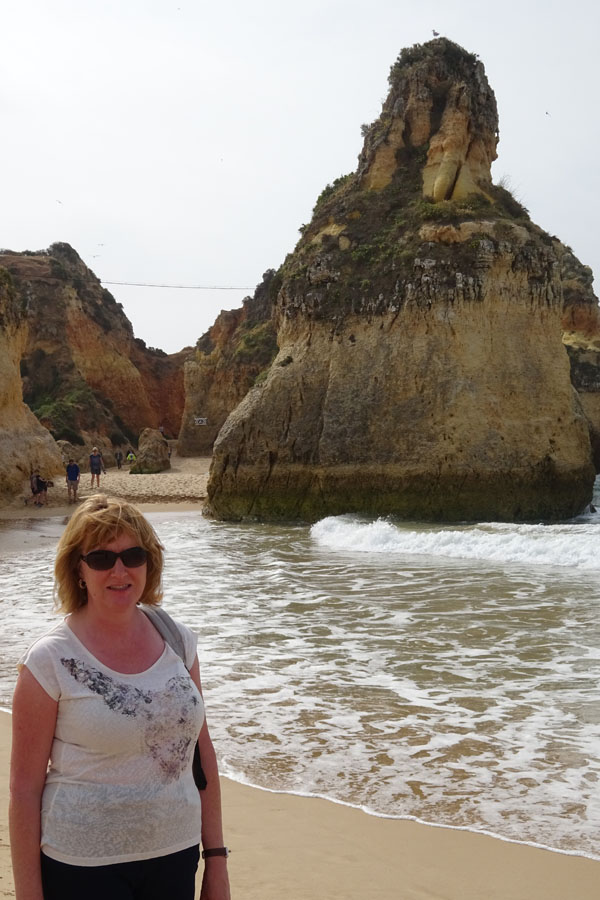 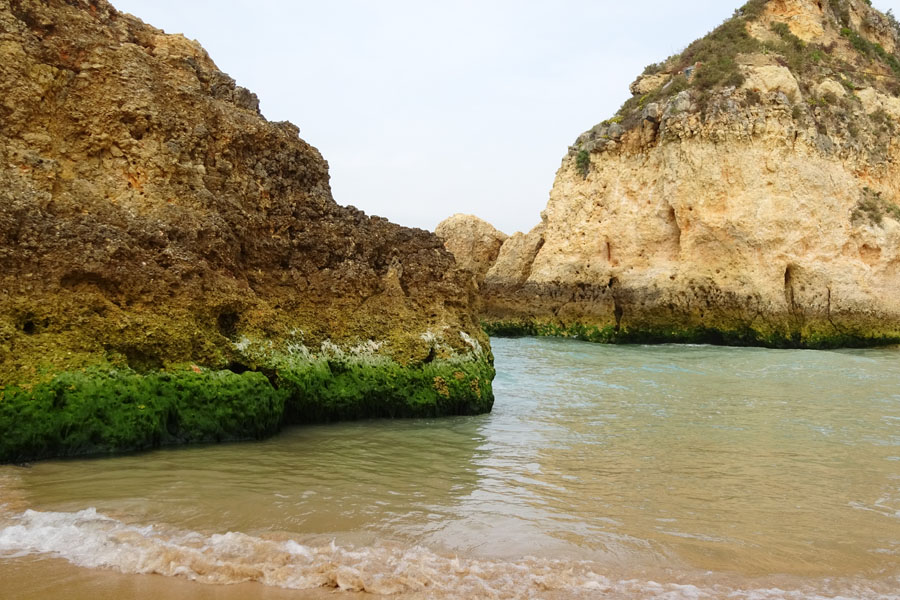 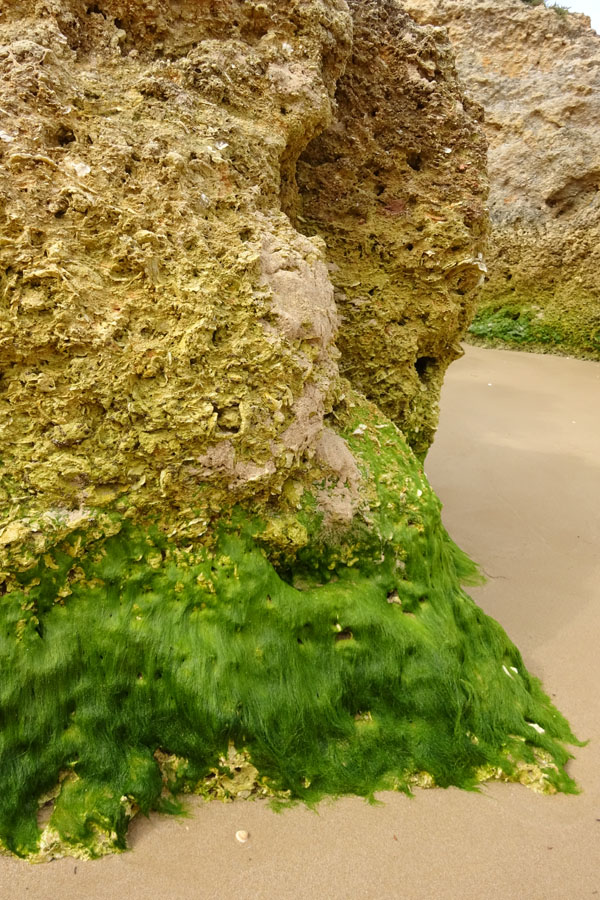 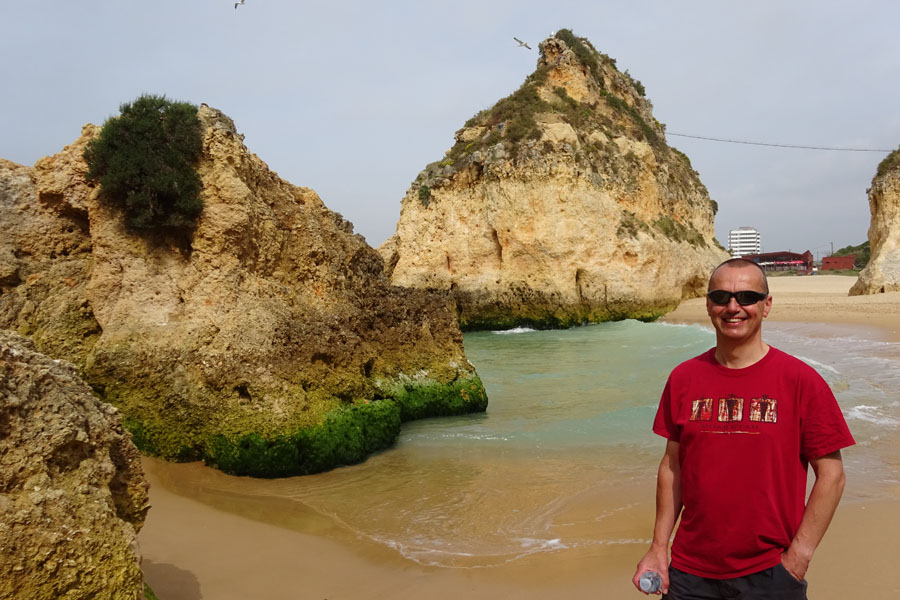 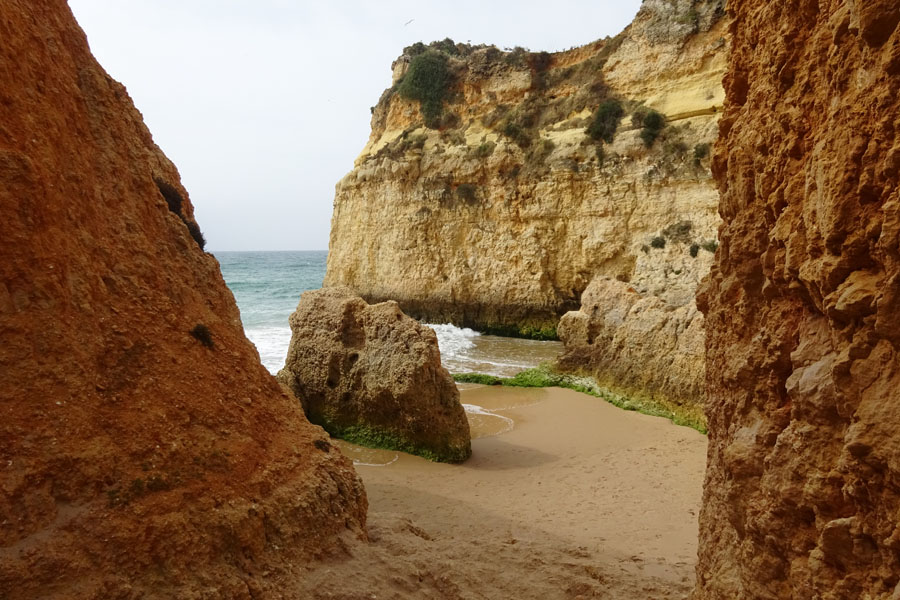 After lunch in the van we went for a wander into town, and along the way there was a marina with lots of sea shack style restaurants along the front. The fish being grilled as we strolled past smelled delicious. In town were the usual mix of restaurants, bars and tat shops, and we managed to have a mooch round without spending any cash. It had a lovely old church there too. 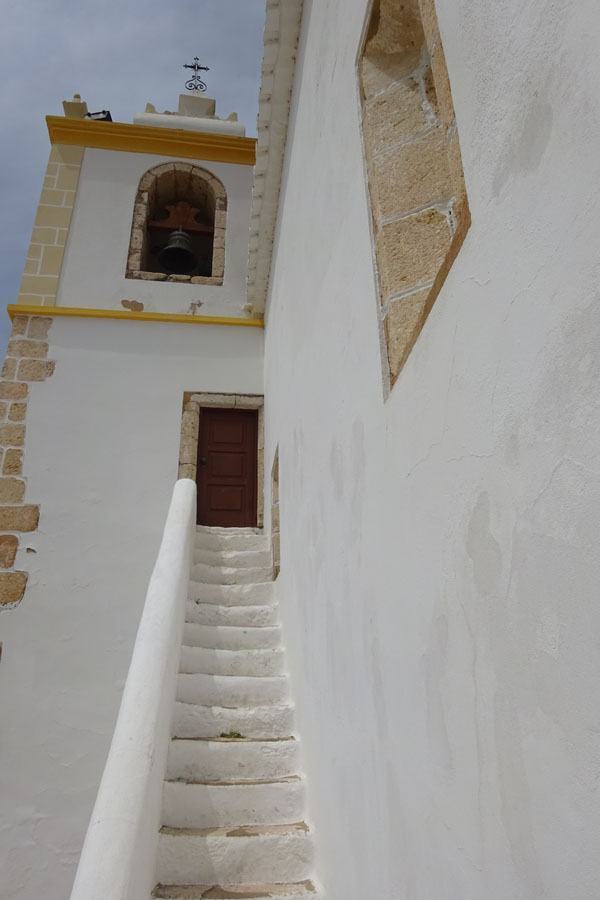 Alvor is a nice unassuming town, which although on the tourist path, has managed to retain much of its local charm. It’s definitely worth a visit, if only for the Jurassic beach, but we probably wouldn’t spend a fortnight here.

Having seen the news about the general election on t’interweb yesterday, we are so chuffed that we’re over here with zero TV reception. That said, the pound gained a couple of cents on the the euro, so it’s not all bad!

Tomorrow we’ll continue moving westward. We’ve not decided exactly where yet, probably Lagos, we’ll just have to see how we go tomorrow.