This morning we had a shocker of a drive. I’m going to need some new trainers before we get home, and there’s apparently a Sports Direct in Portimão, not far from Alvor. (I try to avoid shopping in Sports Direct, but they seem to be the only outlet that sells the trainers I like back in the UK.)

I took the co-ordinates from their website and entered them in the sat nav. To cut a long story short, the co-ordinates on the website were wrong, and we ended up being sent all over the place, down backstreets and tiny lanes which weren’t best suited to our van. By the time we’d sussed out that the co-ordinates were wrong, given up, and got ourselves back onto the main road, we’d wasted about an hour and a half, and burned up loads of diesel.

On the N125 into to Lagos, there are roadworks in place where the road is in desperate need of resurfacing, so we had to follow a diversion which again had us driving along single lane roads which were far too narrow for the van. At one point we had to stop and reverse to avoid pulling the gutter off the front of someone’s house opposite a parked van, and the ever so helpful policeman on a motorbike behind could only moan that I had almost a whole metre spare the other side. We were just so glad to pull into the aire at Lagos, located in the car park for the football stadium.

It’s around 20 minutes walk into the old town and the seafront, so off we set. It’s been very windy the past couple of days, so it was great to stand on a viewing platform watching the waves crash in on the beach and the entrance to the marina. 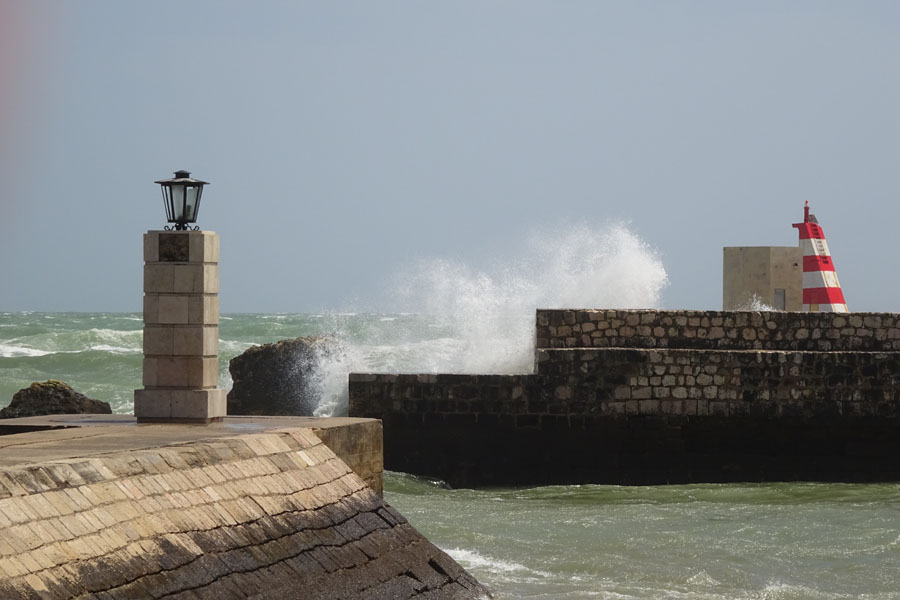 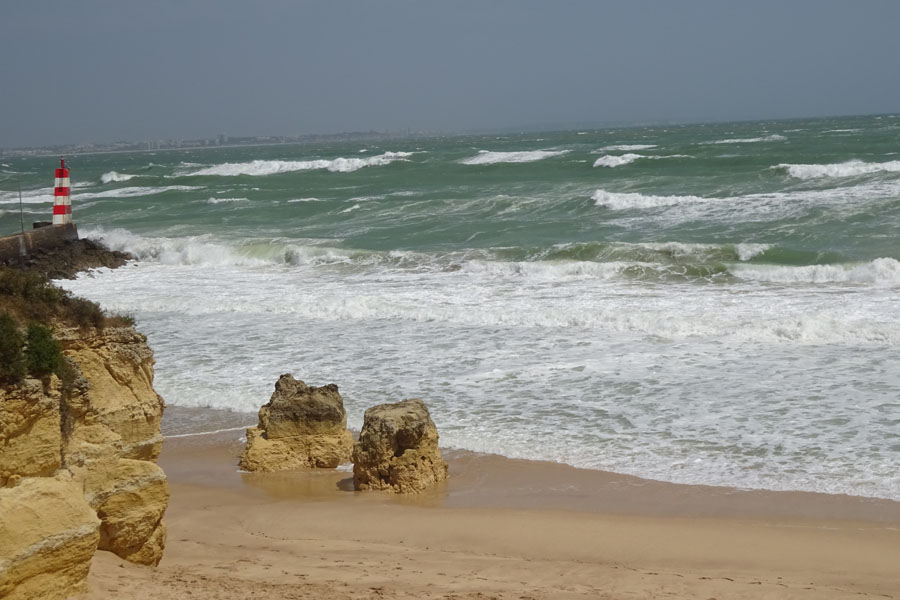 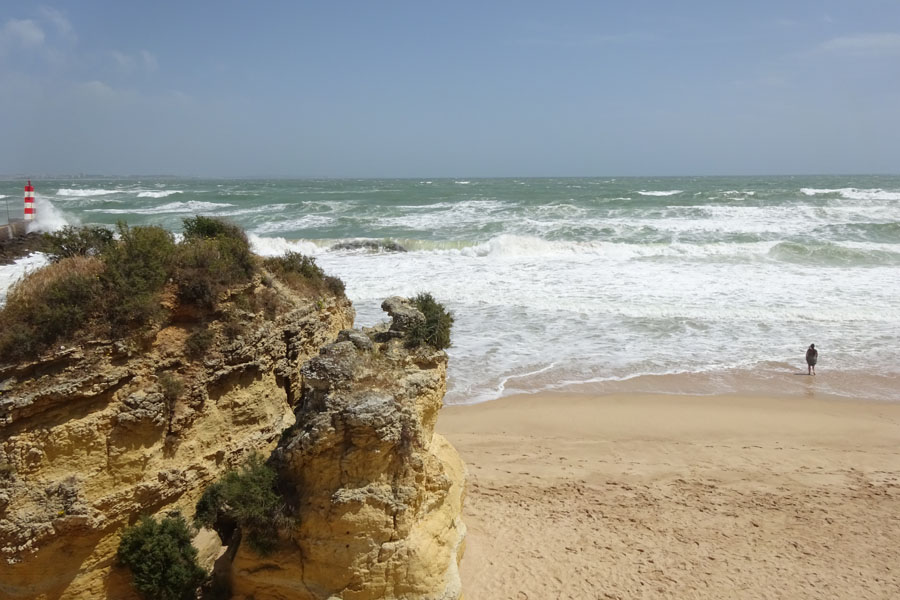 The old town sits inside a medieval wall, and whilst it all looks very nice, with lots of restaurants and bars, there’s not much there. The main attractions seem to be a museum of the slave market, along with an old church. With both costing €3 each for admission we decided to go for a drink instead, and spent some time sat in the shade watching the world go by. 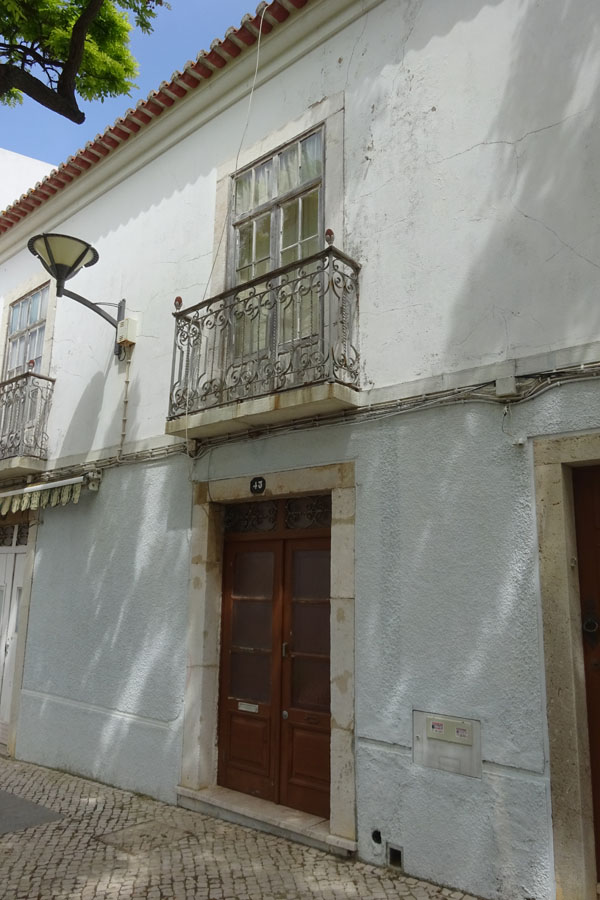 Tonight we’re hoping that it’s not going to be too windy, and we’ll decide where we’re going next tomorrow morning.