We arrived in Cáceres on the bank holiday Monday, and drove through the town centre on our way to the campsite. As expected everywhere was closed, so we decided that we’d stay on the site for the rest of the day, and catch the bus into town the next morning.

The campsite was well laid out, and unusual in that each pitch has its own ‘en-suite’ toilet and shower, a bit like having an outdoor loo. We put the awning up and spent the day sat in the shade. 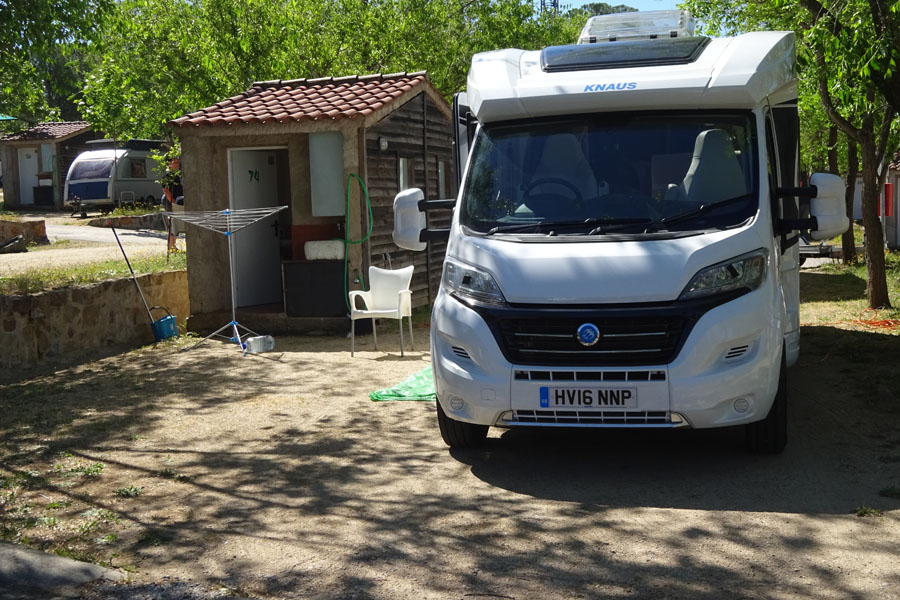 The next morning we caught the bus into town and got off by the post office. I’d ordered a cable from Amazon and had it sent to the post office in Cáceres, but I was half expecting it not to be there. I gave the lady the tracking number and she went and found the parcel, and gave it to me once I’d shown her some photo ID. It’s a great system called Poste Restante.

We then walked into the old town. There’s a big Plaza Mayor, next to which lies the medieval walled town, and we spent the next couple of hours exploring. It’s another UNESCO World Heritage site, and I can see why, as everything there is really well preserved. The museum was free, so we had a wander round and saw more mosaics. After a late lunch in the Plaza Mayor, we caught the bus back to the campsite.

We’re now on our way back to Portugal, where we’ll be following the Douro river along to Porto on the coast – home of port and a bid wine producing region too. We’ll be going off the beaten track, crossing through country parks and remote, rural areas. I doubt I’ll have much of interest for the blog, so I’ll post a consolidated update once we get to Porto.