We chose Chifenti as our base for exploring Lucca and Pisa as the sosta there is free (including electricity) and from there you can catch the train to Lucca and Pisa. The sosta is well laid out, and the only downside is that it’s in a bit of a mobile notspot.

The drive to Chifenti wasn’t without incident though. Driving down a country road we clipped door mirrors with a van coming in the opposite direction at a point where the road suddenly narrowed. Fortunately there was no other damage, and we were fine, just a little bit shaken. I exchanged insurance details with the other driver, and my insurance company suggested that it will most likely be treated as a knock for a knock. Before leaving the UK I had the foresight to fit mirror guards which cushion the blow on such occasions (it’s extremely difficult to source a UK spec door mirror on the continent) and it did its job magnificently as the mirror is still usable. The guy in the other van didn’t have a mirror guard and his mirror just disintegrated. I’ll get ours replaced when the van goes in for its service.

Although Lucca and Pisa are along the same railway line, it would have been too much to visit them both the same day, so we went to Lucca on Wednesday, had an admin/laundrette day on Thursday and visited Pisa on Friday.

Up early on Wednesday, we took the 20 minute walk from the sosta to the train station, and the ride to Lucca took another 30 minutes. Lucca is a historic town contained within the city walls. The buildings are old and, as expected, there were lots of churches. We spent the morning wandering around admiring the town, which doesn’t appear to have been spoiled by mass tourism, as there were no coach parties and we saw just the one tat shop and no lookie-lookie guys. There’s only the one tourist information, which we didn’t spot until we were on our way back to the train station. 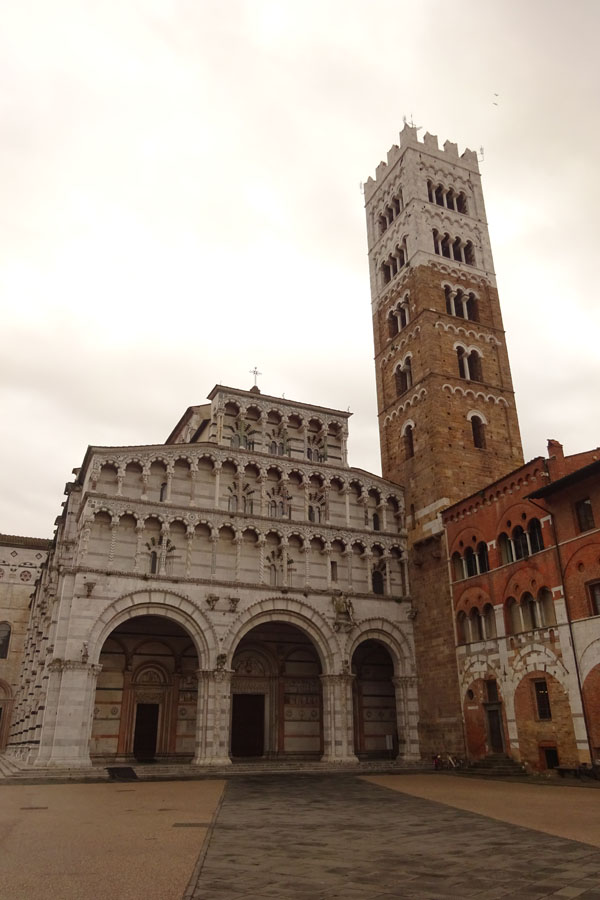 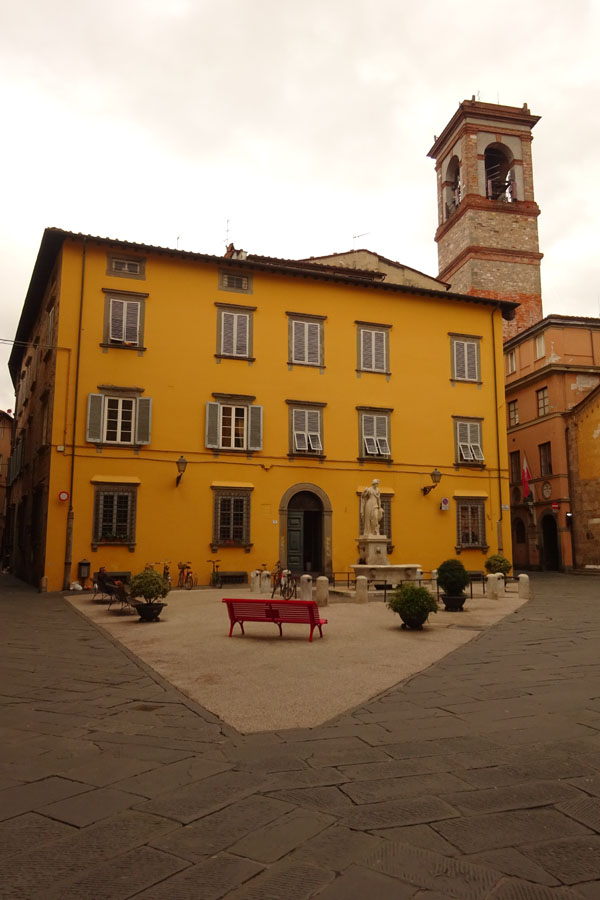 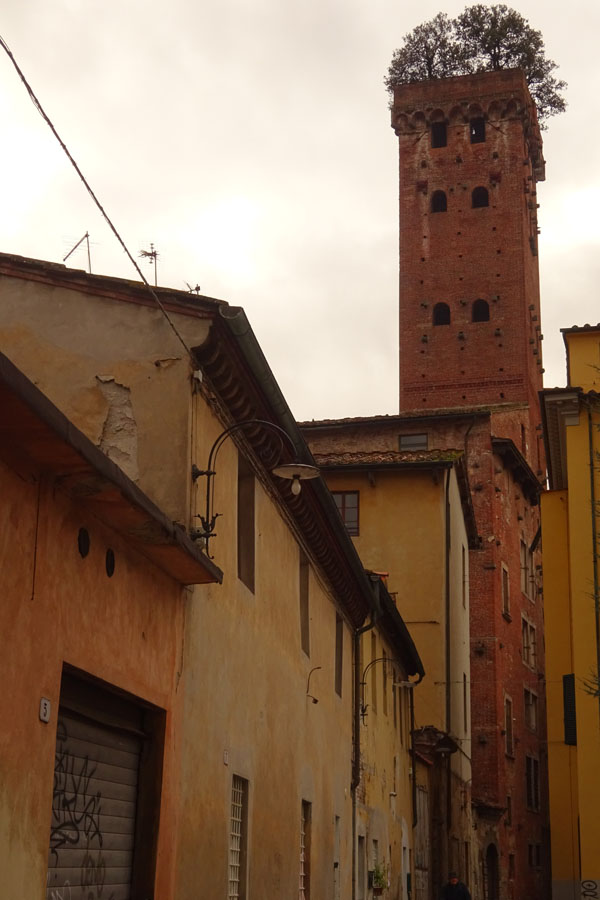 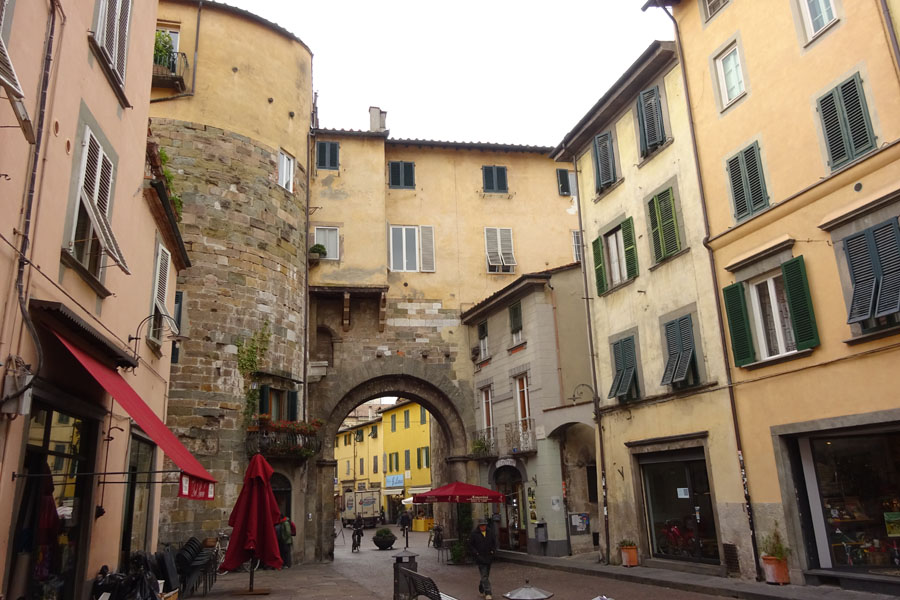 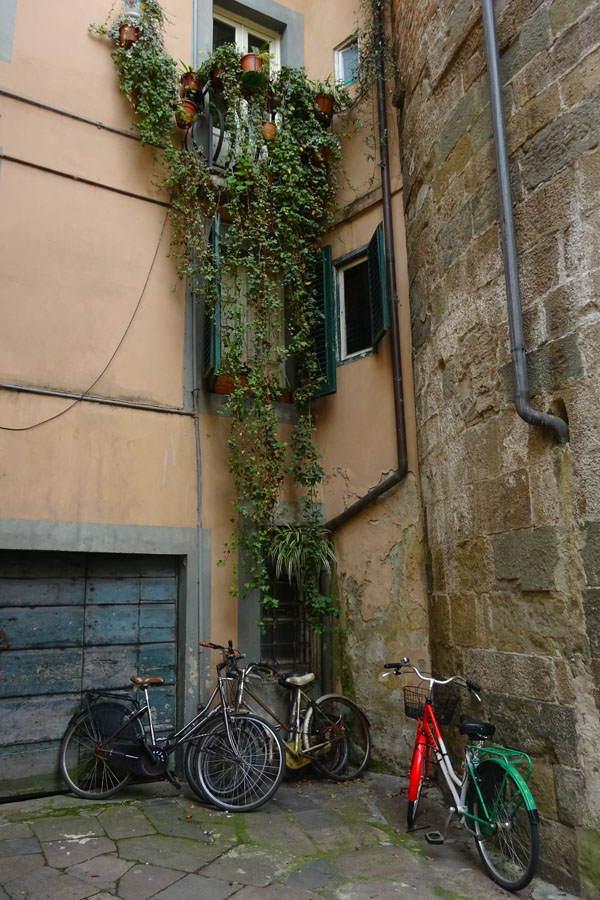 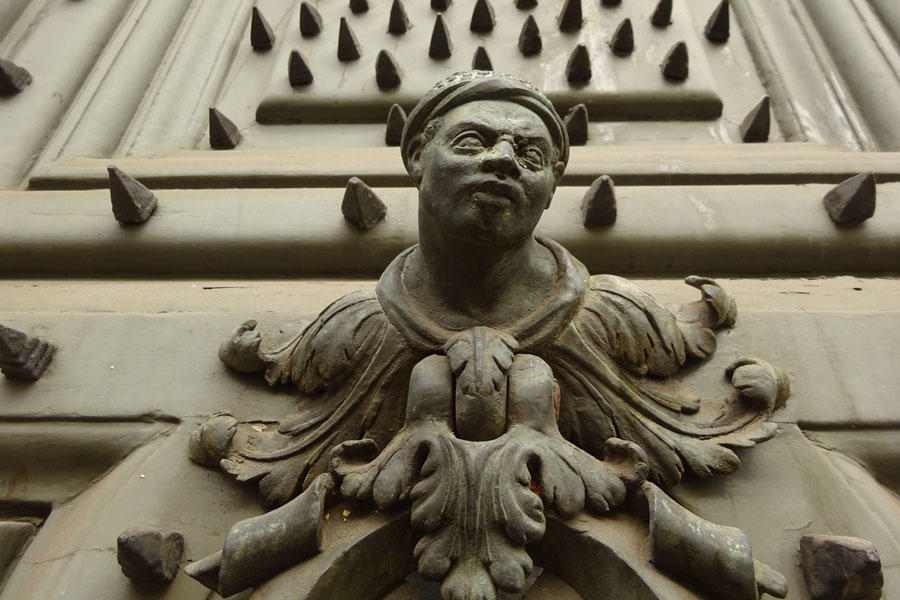 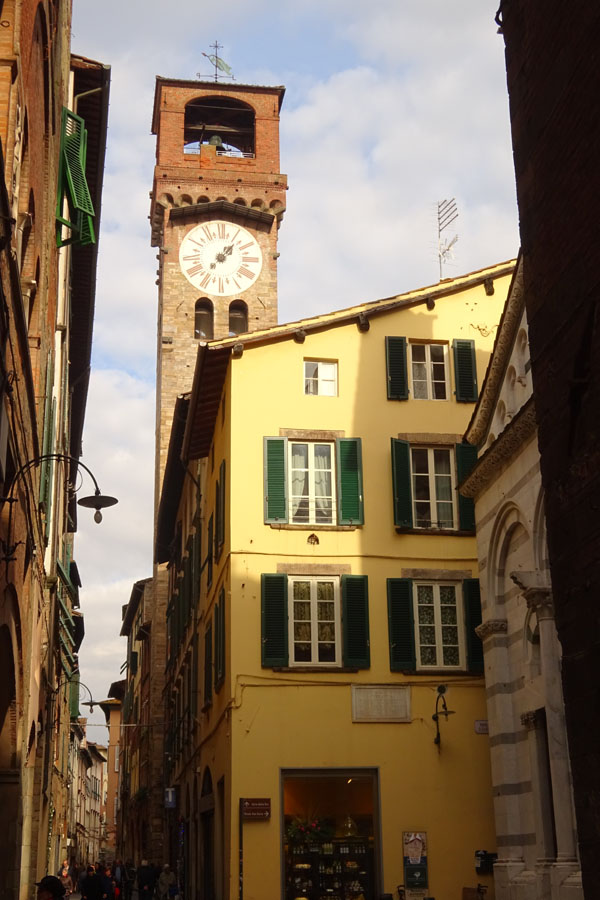 Back at the sosta, the rest of the day was spent washing the van, taking advantage of the free water supply. Late in the afternoon a British van arrived, the first one we’ve seen for a long time. Peter and Julie invited us to theirs for drinks, and we had a great time chatting about our travels and life in general.

Thursday was spent doing the laundry and generally chilling out, and on Friday we were up early again to catch the train to Pisa. One bus ride from the train station later and we were at the Leaning Tower of Pisa. It was larger than I was expecting and there were quite a lot of people around, so it was fun people watching with almost everyone having their photo taken as if they were stopping the tower falling over. Even I had a half-arsed go! We spent the rest of the day wandering around the town, as there were no trains back until just before 6pm. It was somewhat disappointing to see that almost every shop on the main thoroughfare had ‘Black Friday’ posters up in the window, and that wasn’t just the larger chain stores, but we managed to resist buying anything. It’s just a shame that the banks and petrol stations weren’t joining in! 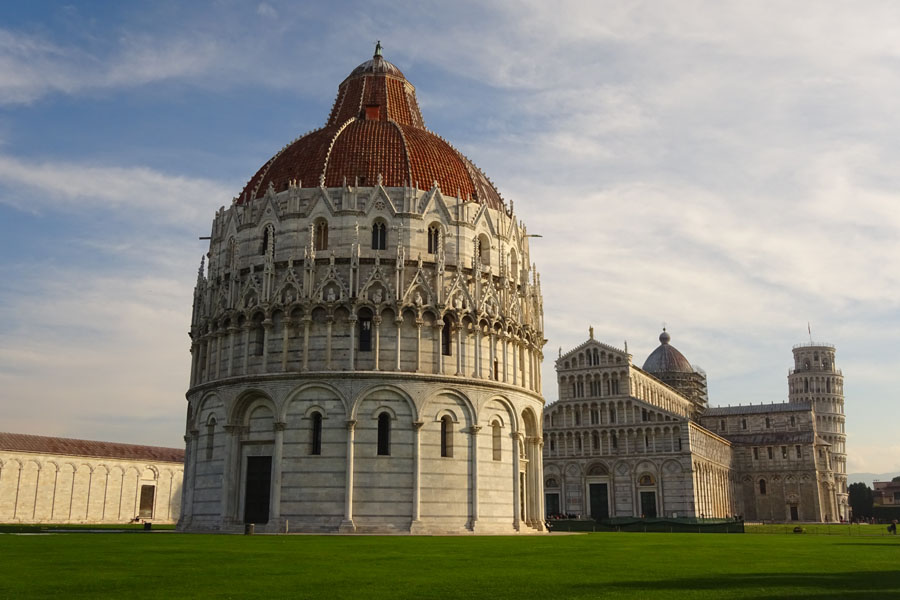 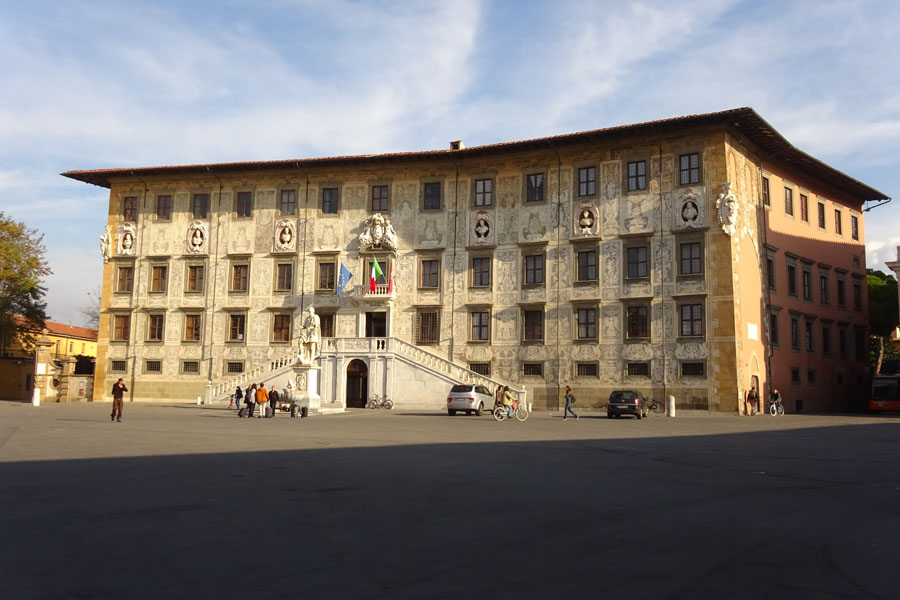 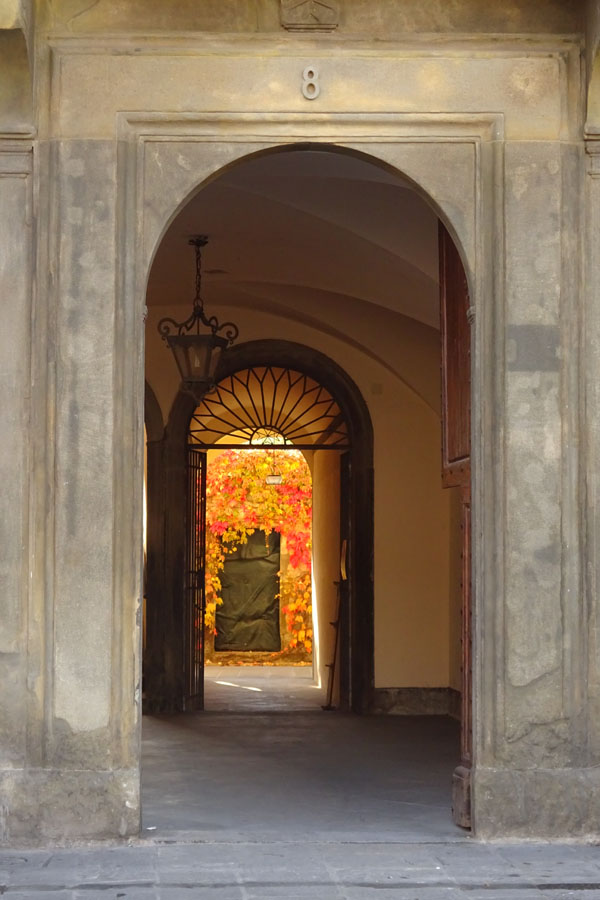 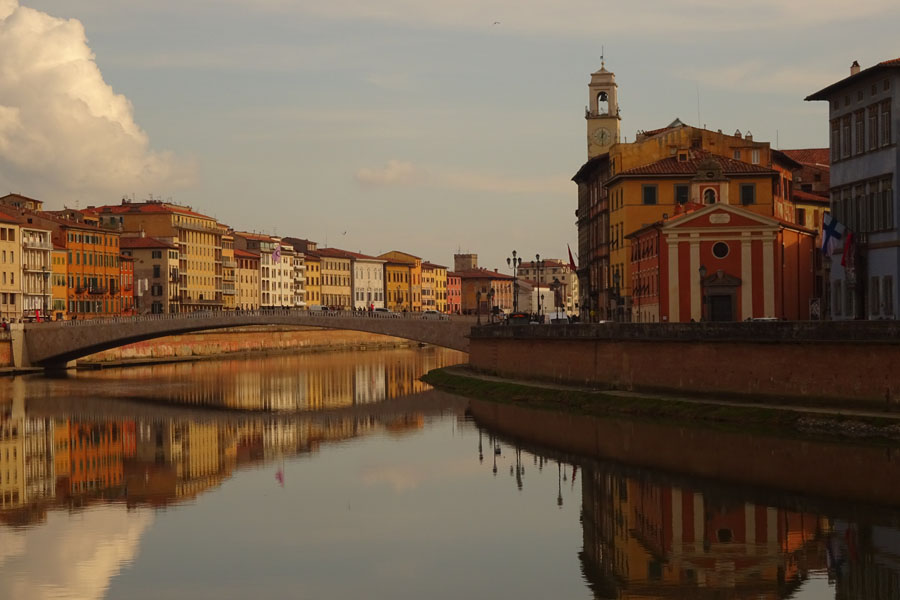 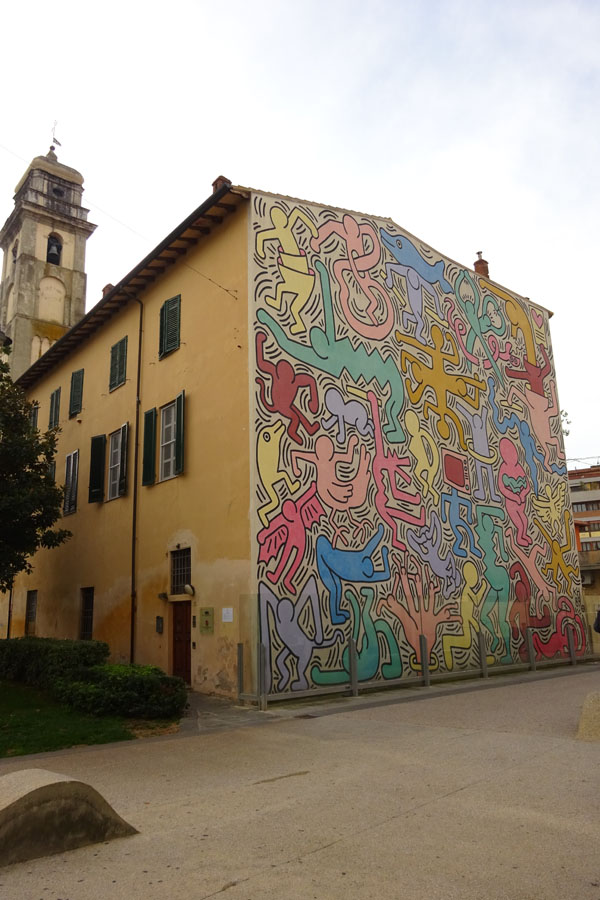 In other news, we’ve now booked our ferry crossing to Greece the week before Christmas, and reserved a spot on a campsite for the Christmas and New Year period. We’ve also found a dealer to service the van when we’re in Hungary, so now I need to plan a route and timings through Greece, Bulgaria and Romania into Hungary.

We are now making our way to Firenze aka Florence.

3 thoughts on “Chifenti, Lucca and Pisa”