Yesterday morning we were up bright and early, and drove from Nafplion to the campsite at Drepano just 10km away. I think we got the owner up out of bed.

The day was spent doing the laundry and charging up all of our gadgets and power packs, and our leisure battery is now back to full charge. It was a sunny and windy day, ideal for drying clothes. Carol was also able to use her hairdryer for the first time in nine days!

This morning we set off for Epidavros (or Epidauros – another one of those Greek places with differing translations to English). It’s a huge theatre which was built by the Greeks around 2,300 years ago, extended later by the Romans to seat 14,000 people, and excavated in the late 19th century. No surprise that it’s another UNESCO World Heritage site.

When we arrived, the only people there were a coach party of French students. The theatre is renowned for its excellent acoustics, and this was demonstrated when one of the French lasses sang a Whitney Houston song to the group. Unfortunately, this was followed by a group rendition of La Marseillaise, which lowered the tone somewhat! Fortunately the group then moved on, so we had the place to ourselves to take some photos. 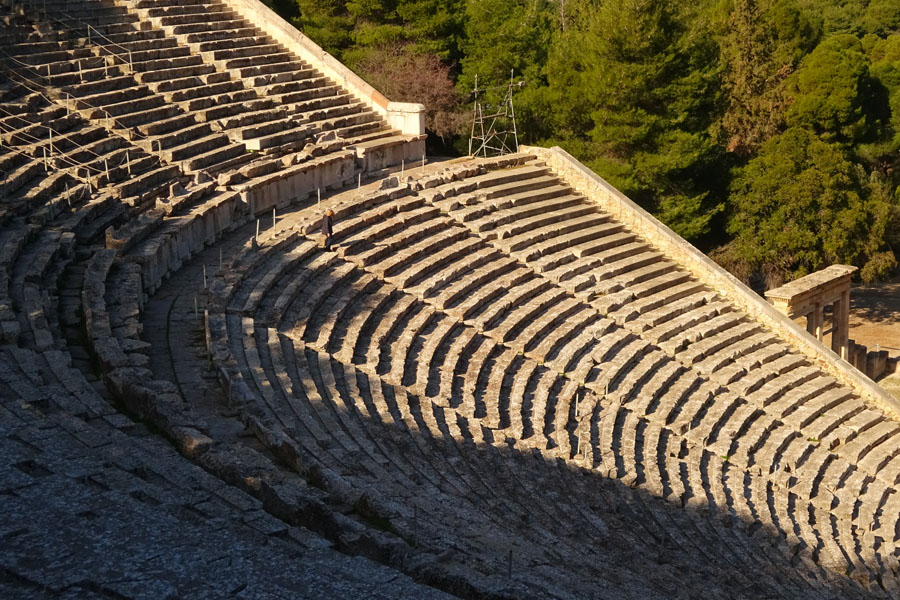 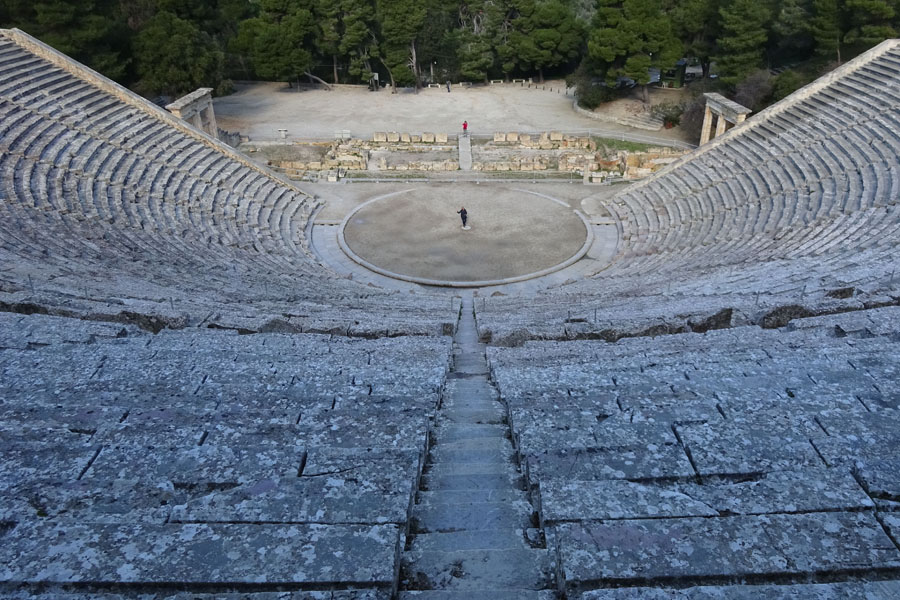 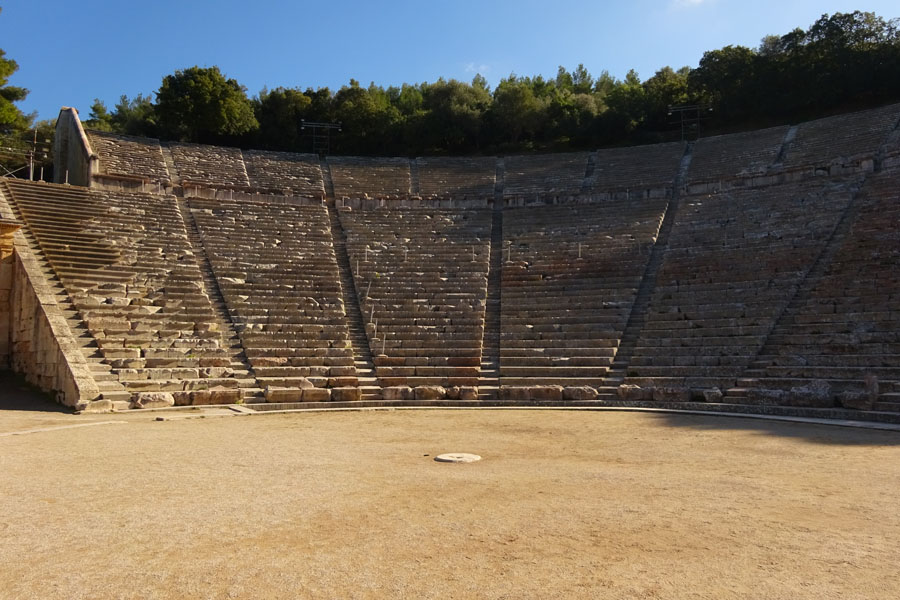 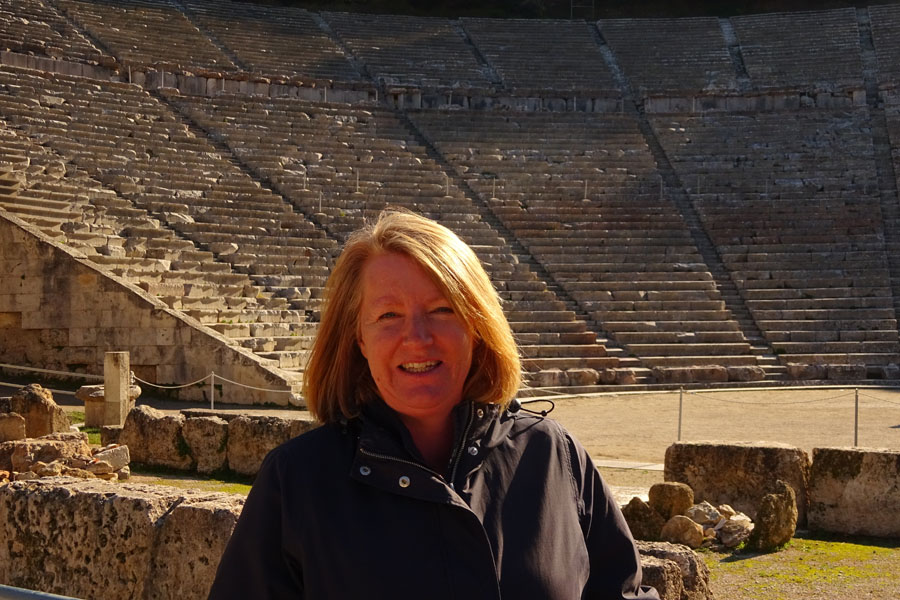 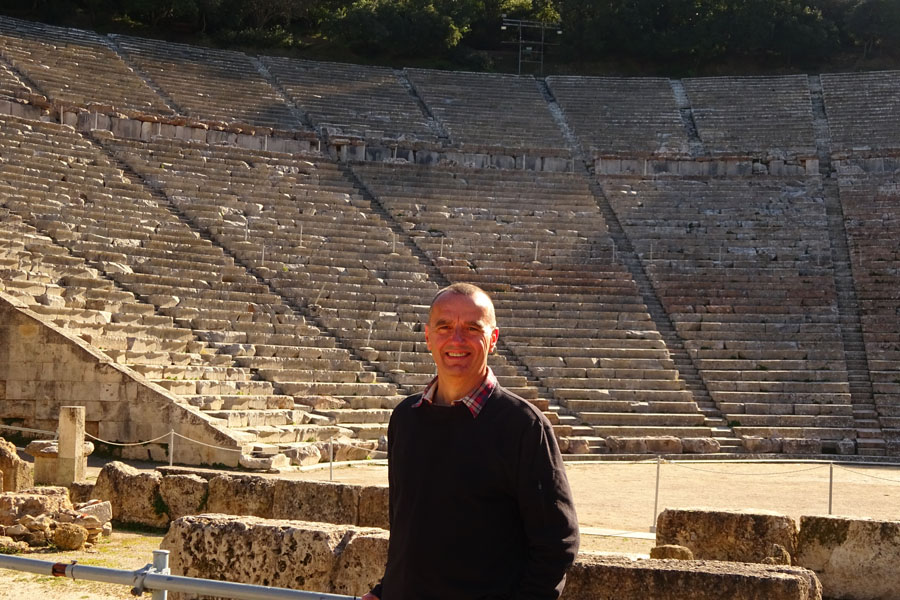 We then went for a wander round the rest of the site. Whilst it’s quite extensive, it’s mainly rubble so there’s not a huge amount to see unless you’re a keen archaeologist.

We’d planned to stay the night in the car park, but it wasn’t that nice there and it was on a bit of an incline, so we looked for somewhere else to park up nearby. Our friends at ourleapoffaith.co.uk had been here recently and stayed by a marina about 15km away, so after lunch in the van we plugged the co-ordinates into the sat nav and set off. Close to the marina there’s a Little Epidavros theatre, so we stopped there first. It wasn’t open, but we could get a good view through the fence.

We’re now parked up on the marina, and it really is perfect – wonderful views of the local village and surrounding coastline, fishing boats sailing in and out of the harbour and the sound of waves gently lapping in and out. Picture postcard stuff. It’s a bit scary to think that this will probably be the last time we’ll park this close to the sea until we get inside the Arctic Circle in the middle of June. 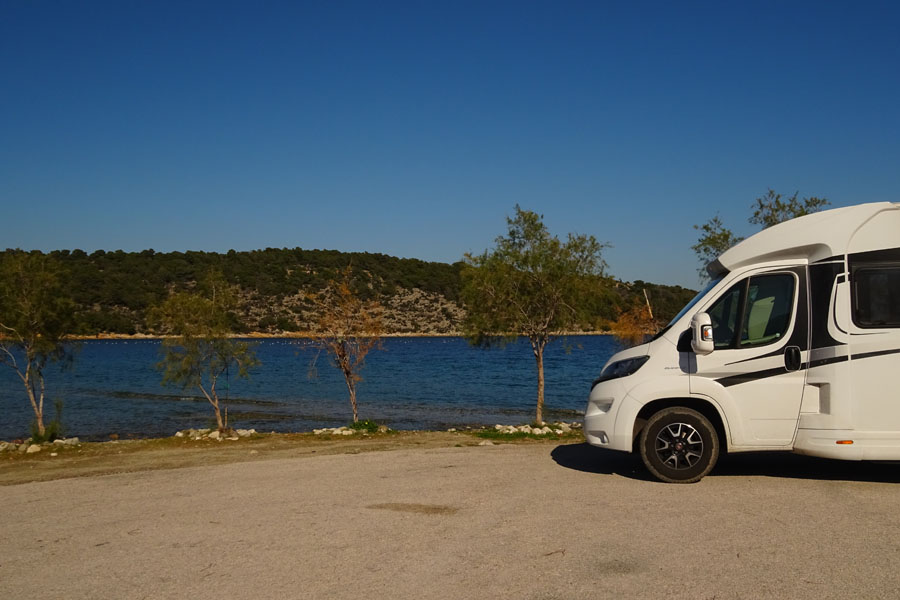 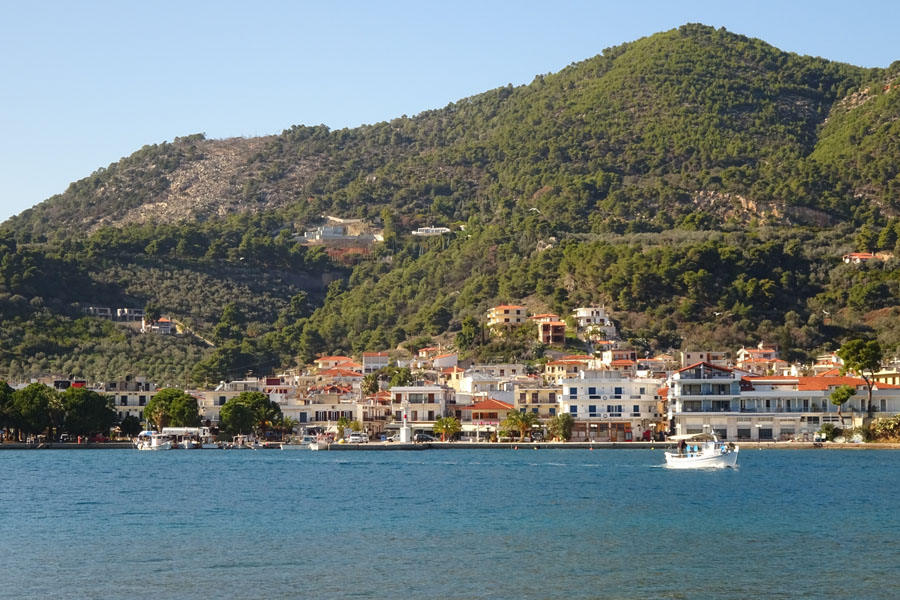 Tomorrow we’ll be heading north to Corinth, where we’ll be spending a few days exploring the ancient and new towns as well as the famous canal.