First stop on Saturday was Uusikaulunki, a small town on the coast. The car park overlooked the river, and there were quite a few small boats chugging up and down. From a distance the town looked quite pretty, with a couple of tall church spires, but there really wasn’t much to see or do. After strolling round the dozen or so stalls in the market square we went and found the tourist information office, but that was only open Monday to Friday. Fortunately their free WiFi was still on, so we found a bench and downloaded app updates on our phones.

We spotted quite a few seniors using four wheeled scooters to get about the place, a great way to keep fit!

After lunch in the van we continued on our way to Rauma, this time taking the scenic route (which wasn’t too scenic as it was mostly through the forest). Old Rauma is the largest wooden city in the Nordic countries, and the timber buildings covering some 30 hectares (or rugby pitches) have been declared a UNESCO World Heritage site. Not content with just the one UNESCO listing, the bronze age burial cairns in even older Rauma have also been given World Heritage status.

After finding a big enough space in the car park we walked through the old town. First impressions were that it did feel like walking back in time (though it would have been even better if there had been no cars about), though after a while it started to feel a bit Disneyfied.

The shops were largely aimed at tourists, as were the many restaurants and bars. One restaurant had a fixed price lunch offering a three course lunch and glass of wine, rather like the ‘menu del día’ you often see in Spain, only as the Rauma version was €30, it was more more like ‘menu del (very) dear’. 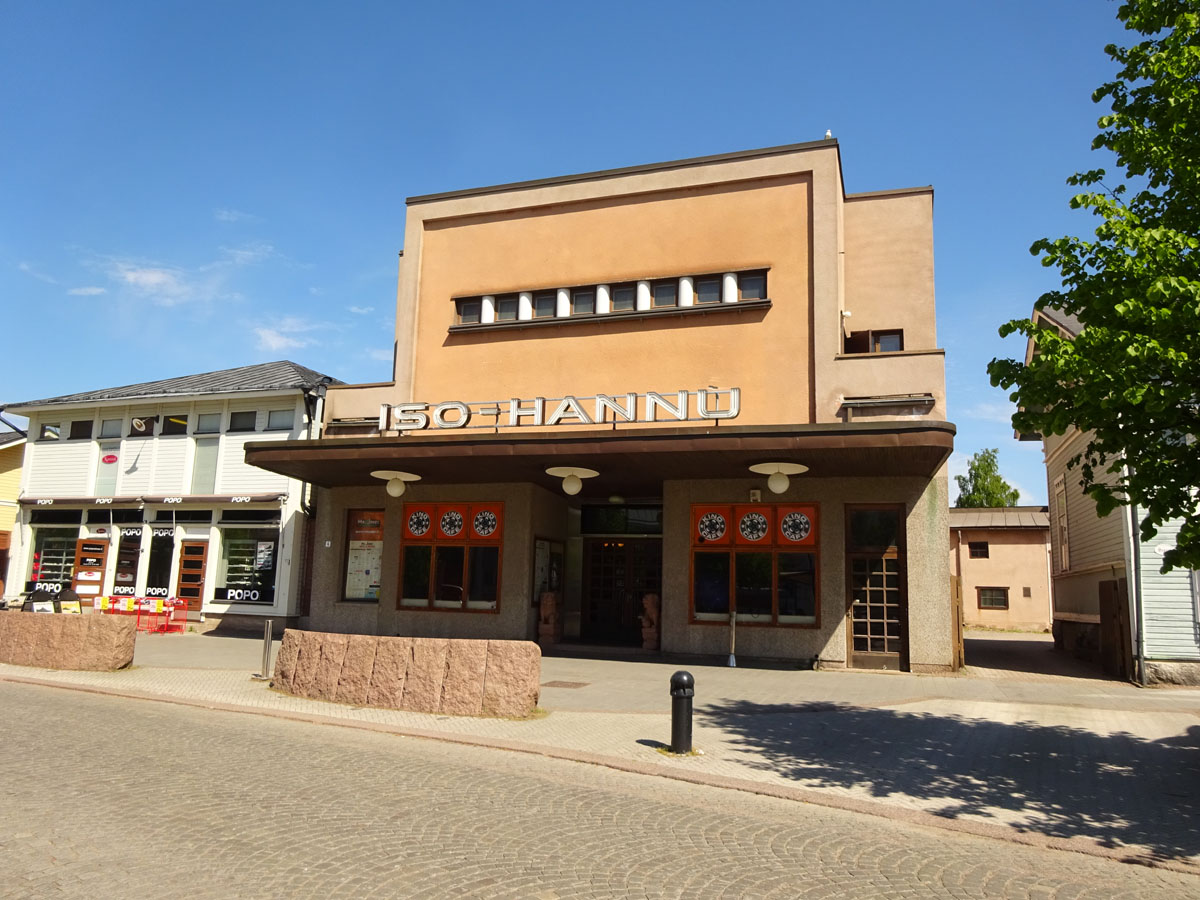 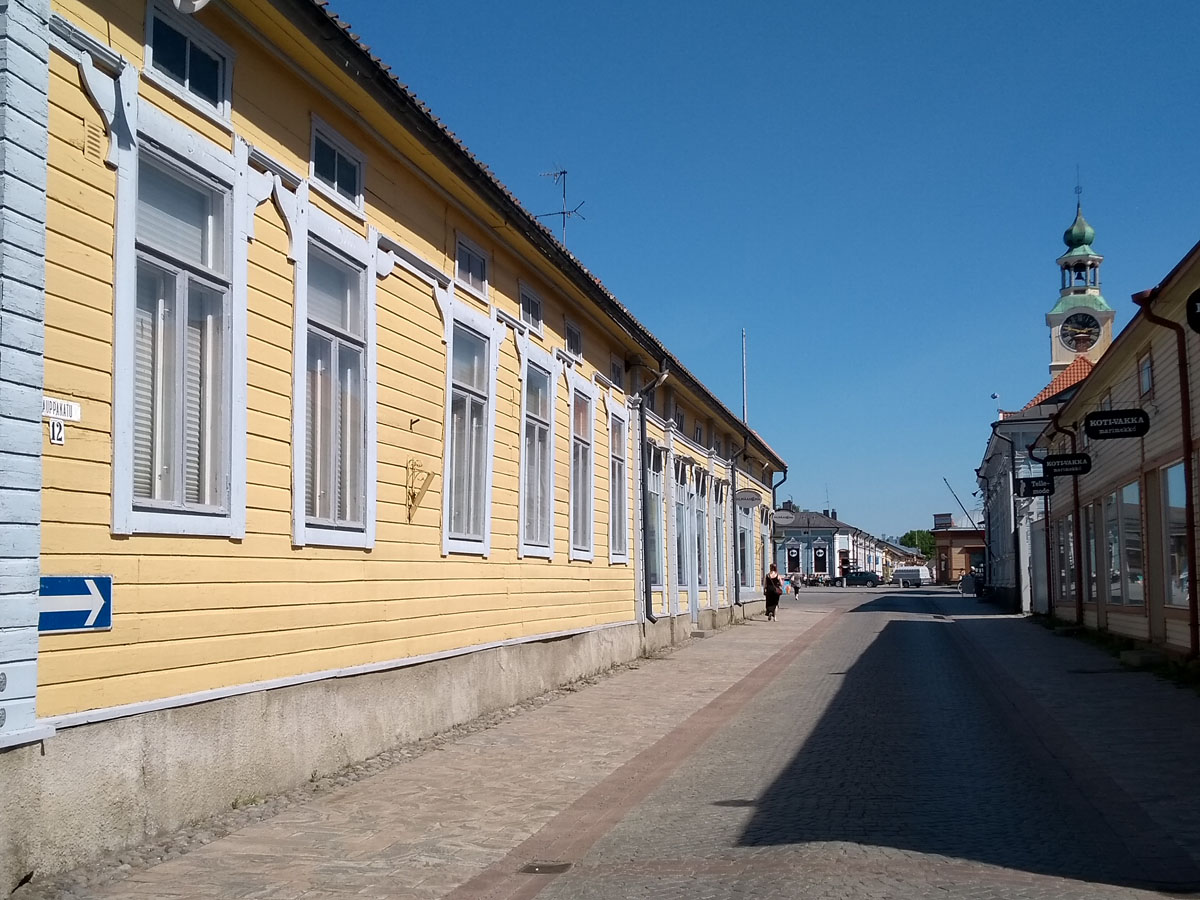 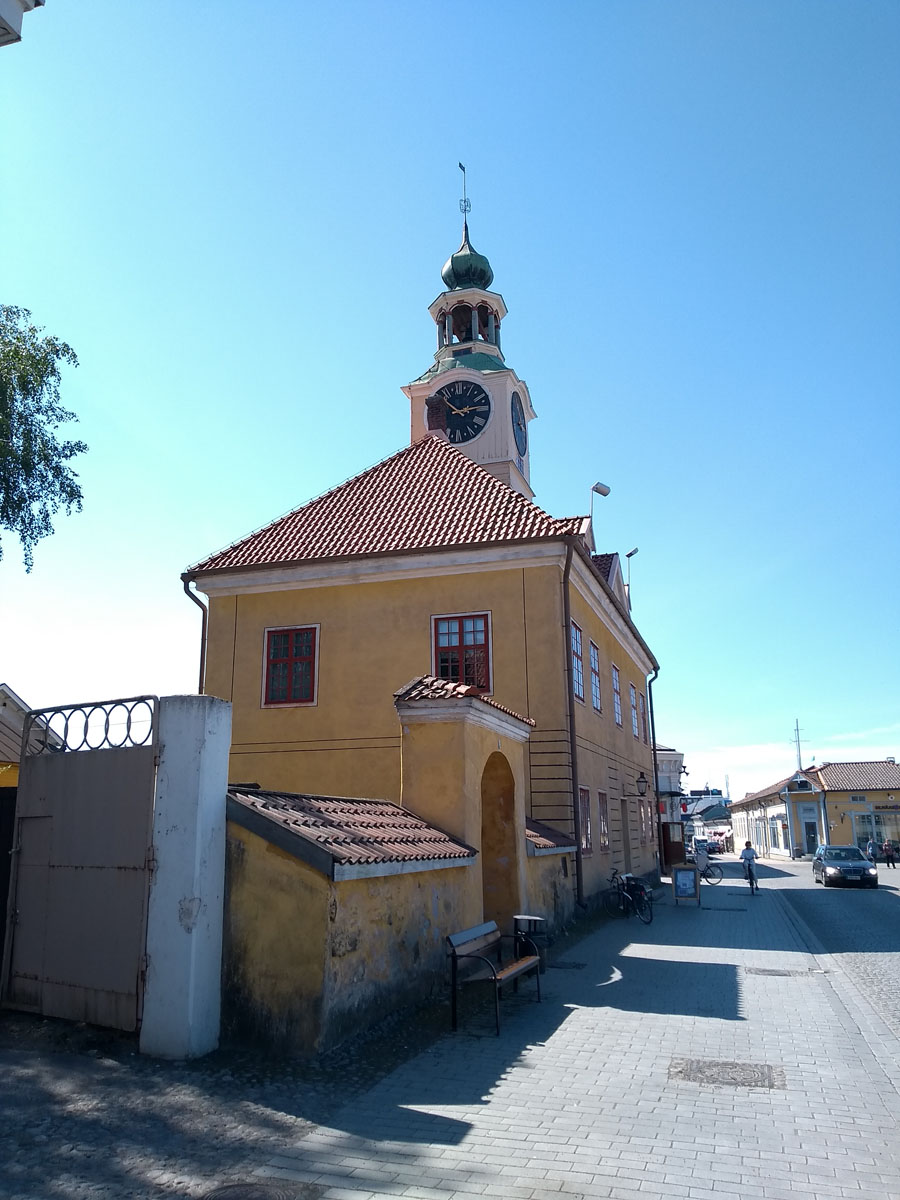 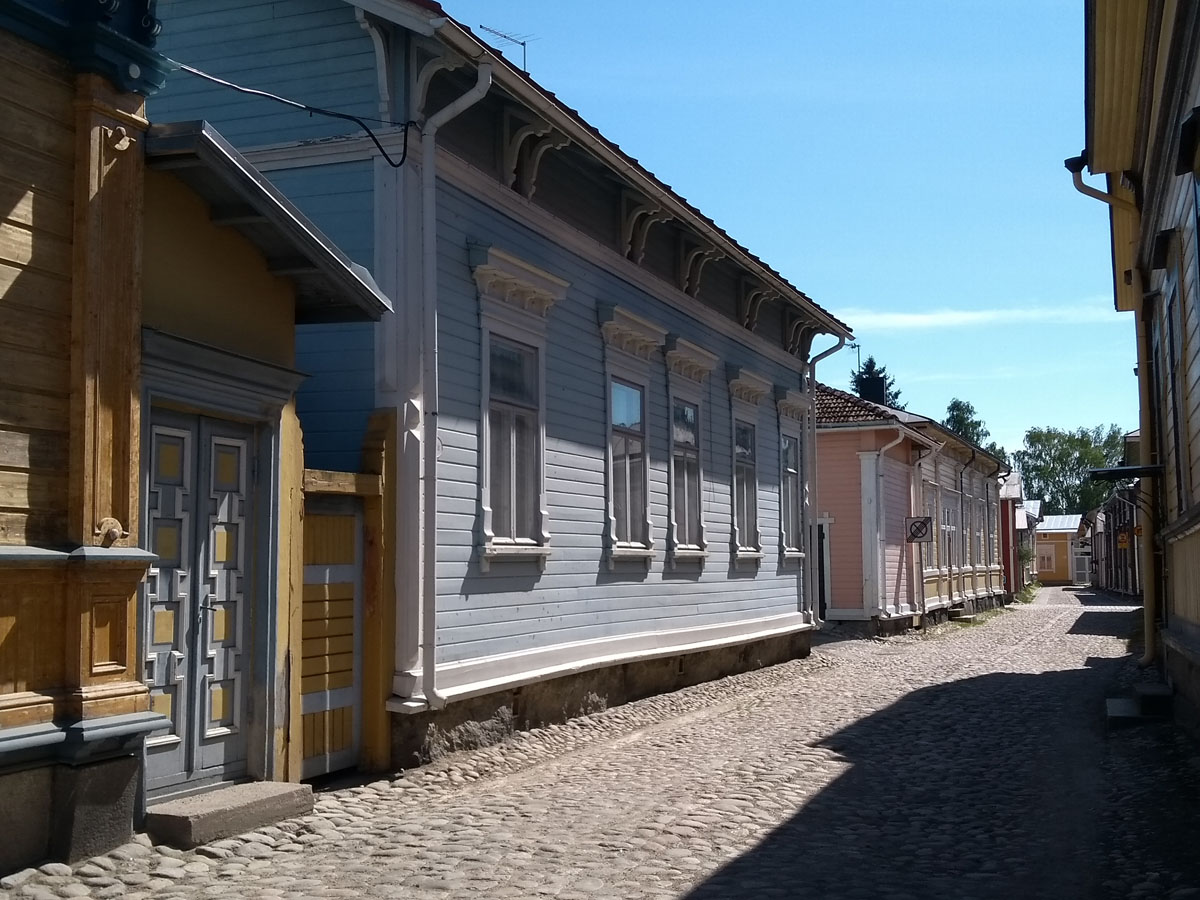 Our camperstop for the night was a car park by a beach in Rauma. As it was a lovely afternoon it was really busy, but we bagged a space and by early evening our van was the only vehicle there.

We’ve read that frisbee golf is a popular pastime here, and we found a frisbee ‘hole’ by the beach – a metal frame with chains which you have to land the frisbee in. Unfortunately we didn’t see anyone playing, but if we do see any frisbees in the shops then we’ll buy a couple so that we can have a go.

Now that we’ve travelled so far north, it doesn’t go dark until nearly midnight – even then it doesn’t go very dark – and by 4AM it’s light again. To help us get off to sleep we draw all the blinds about an hour before bedtime and switch the lights on, even though it’s broad daylight outside, and so far this has worked. Whether this continues to work once we’re in the land of the midnight sun remains to be seen.

Today we moved on to Kristinestad, a small village on the coast, and we’re in another car park overlooking the beach and the sea. There’s nothing here, but that makes a nice change.

Tomorrow we’ll continue moving further north, though we haven’t decided where we’ll stop – we’ll just see where we end up.