We went the long way round to get out of Helsinki, so as to avoid driving through the city centre again. The motorways here are great – zero congestion, and a road surface as smooth as the runway at Heathrow, with not a pothole to be found. We’d expected to be driving along flat roads through dense pine forests, but instead the motorway gently undulated through open farmland. I think we’ll be seeing the pine forests as we drive further north.

We left the motorway at Salo to find somewhere to stop for lunch. It’s quite a new town which looked to be built around a couple of retail parks, so we didn’t see any picnic sites. We did see a Lidl though, so we stopped there to buy some groceries and then had lunch in the van there – we know how to live it up! The food prices weren’t as bad as we’d feared, though we’re expecting the prices to rise the further north we get.

As we’ll be living off-grid for the next three months, we’ve been looking out for solar powered battery packs for our phones. We drew a blank in the Baltic States and Helsinki, so we were amazed to find that Lidl had them for sale at just €11.99 – a t’riffic bargain so we bought one each.

Having read quite a few blogs, we know that we’ll be going up and down quite a few mountains in Norway, giving the van brakes a very hard time. I have no clue how long the brake pads will last on the van (it’s done 21,000 miles, and we’ll be doing another three or four thousand before we get to Germany) and the last thing we want is for the brakes to go when we’re halfway down a mountain in the middle of deepest darkest Norway, so we stopped at a Euromaster to have the brakes checked. The mechanic took the wheels off and advised that they’re only about 50% worn, so we now have peace of mind that we’ll be good to go.

Next stop was the ajokaivot (free service point) in Turku to fill up with water, and from there we drove to tonight’s parking space. We’re parked next to the river in a popular part of town. It’s free to park overnight, but we need to be gone by 10:00, which won’t be a problem.

After dinner in the van we went for a walk along the river and into town. It’s a sunny Friday evening, busy with lots of people letting their hair down after a week at work. There are loads of bars and restaurants close by, many of which are on permanently moored boats, and it was good to find some street sculptures too.

Looking at the prices in one random bar, the burgers started at €16, and some sweet potato fries to go with that would cost another €7.50 – that’s €23.50 before you’ve even bought a beer! I don’t know how people can afford it, but that’s probably what people from (say) Slovenia must think when they visit London.

We found the tourist information office and the lady in there was great. I told her our route, and she’s given us loads of really useful leaflets, so that’s this evening’s reading taken care of, as we haven’t yet decided where we’re going tomorrow. 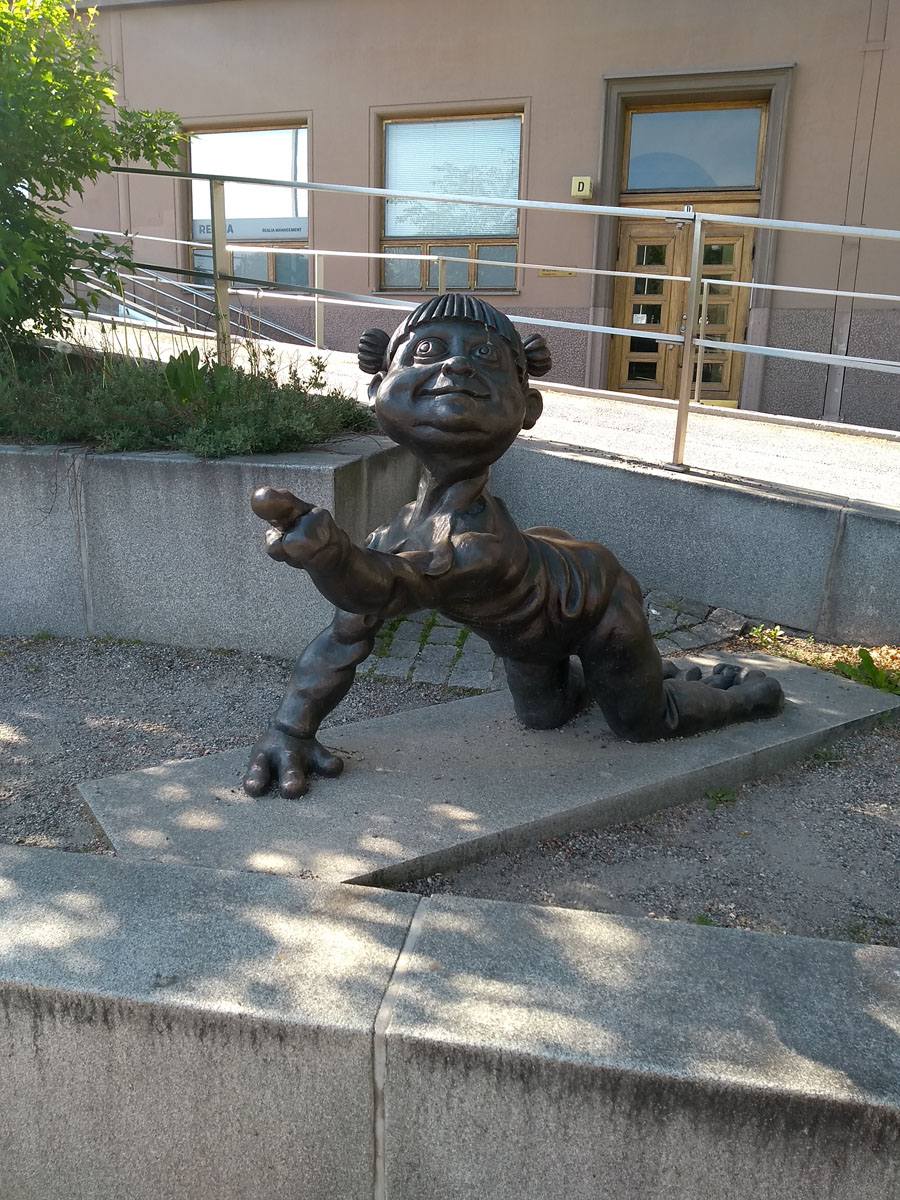