Our final stop in Denmark (and Scandinavia) was at Tønder, an old town just a few kilometres from the border with Germany. We had difficulty finding a parking spot in Tønder as it’s their annual festival is next week, so the car park we’d earmarked was closed and all of the surrounding streets had ‘No Parking’ signs up, but we ended up in the Aldi car park which had free parking for two hours. We had a wander up and down the main street in the old town, lined with lots of pretty buildings, and stopped for a final coffee and kanelsnegle. 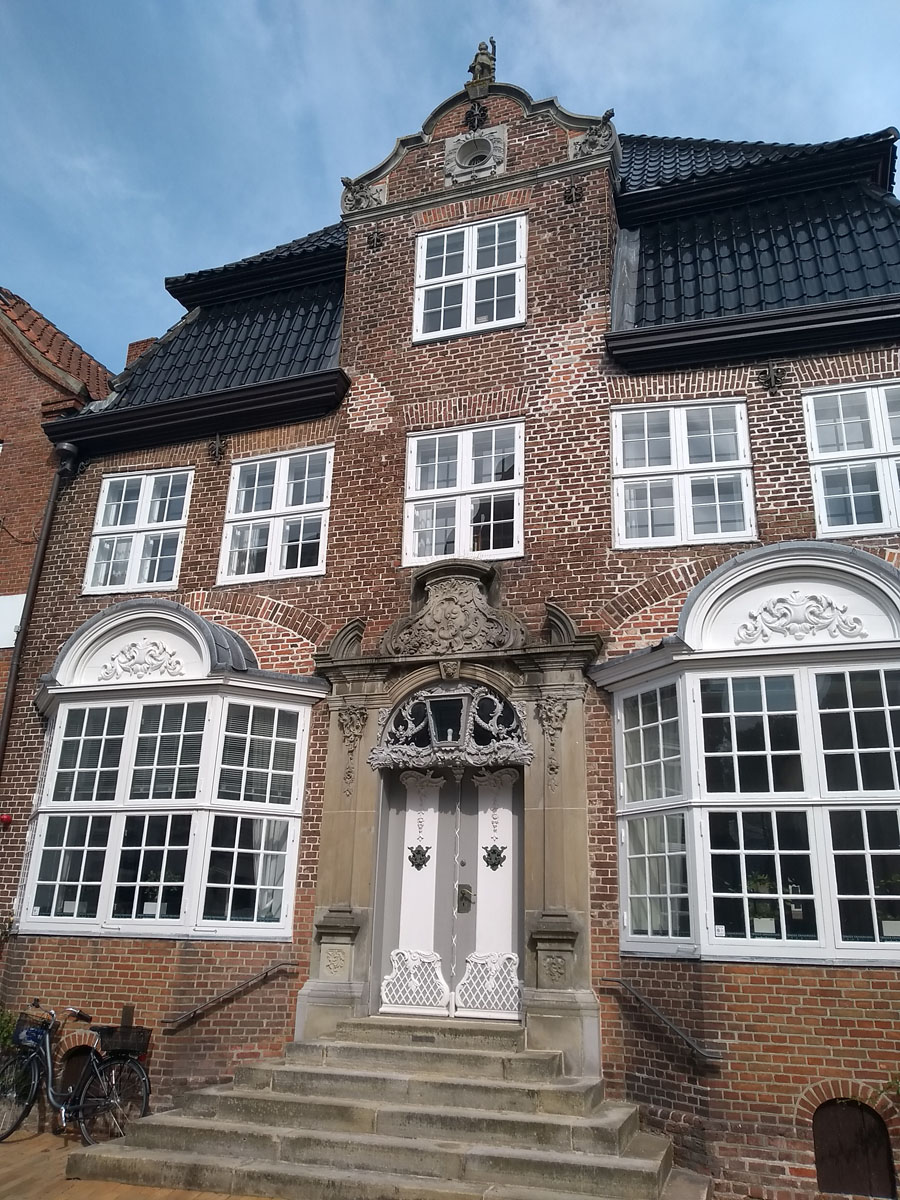 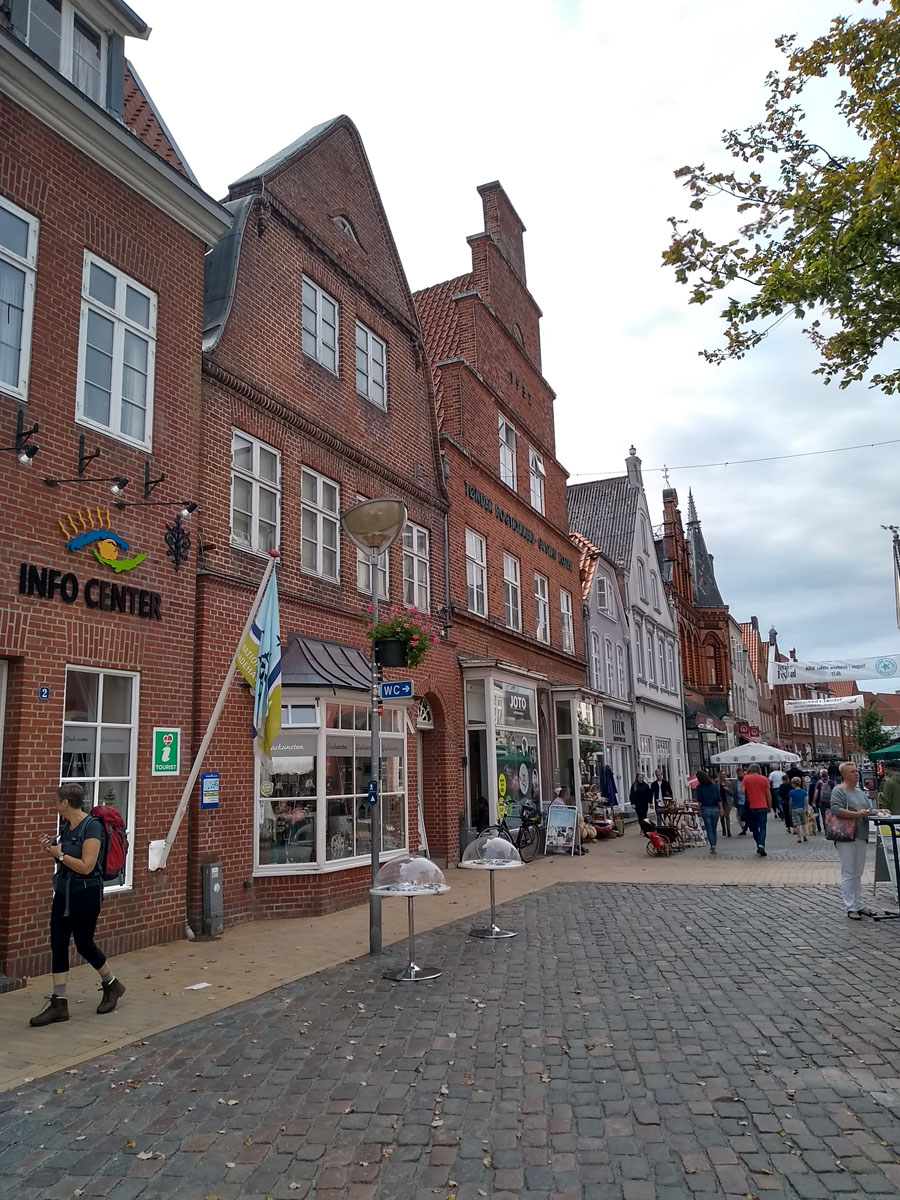 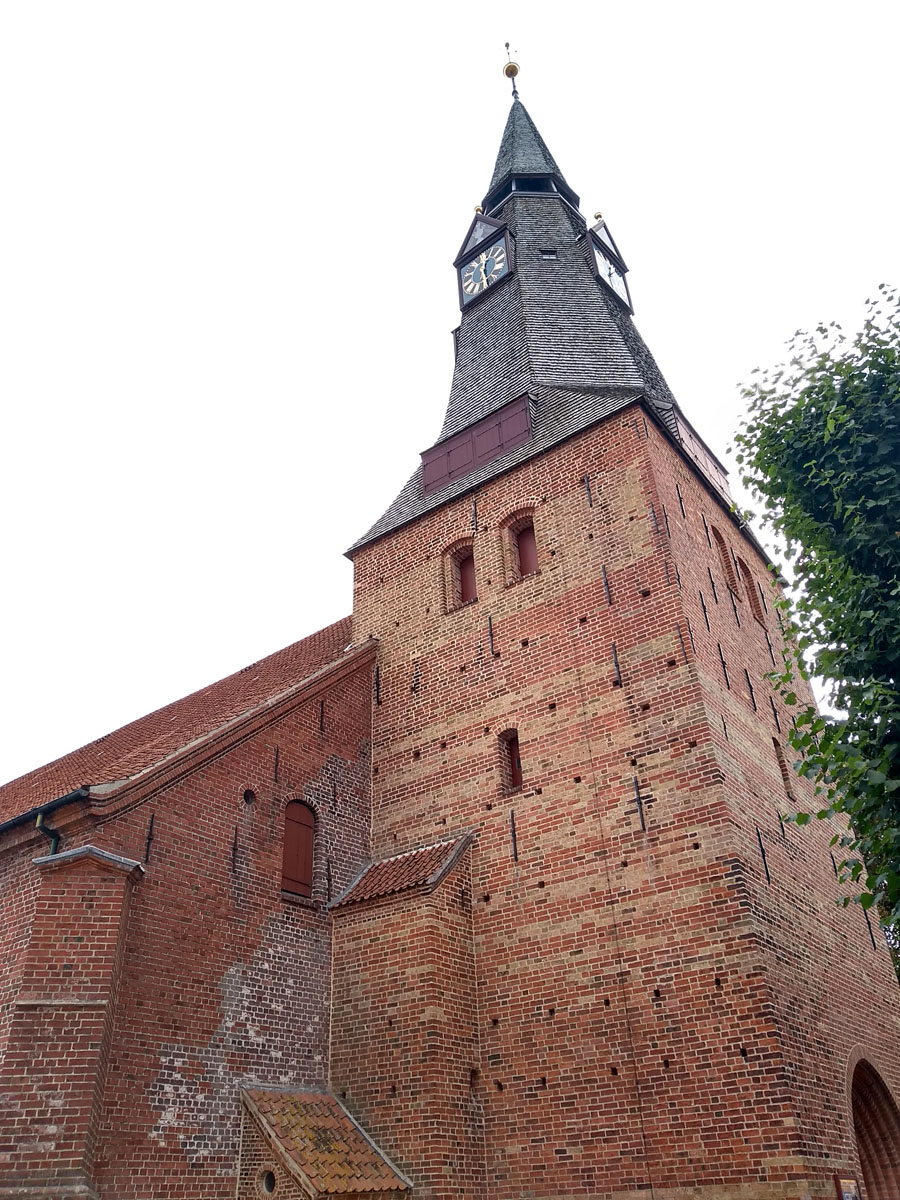 Back at the van and we were soon crossing the German border. We were sad to be leaving Denmark as we’ve had such an enjoyable time, but at the same time it felt good to be back in Germany. On this leg of the trip we’ll be exploring northern Germany, and it will be interesting to see how this compares with the other parts of the country that we’ve already visited.

Our first port of call was Lidl to pick up a few fresh bits, as the shops in Germany are closed on Sundays, and it was funny to see that at least half of the cars in the car park had Danish number plates, Danes obviously taking advantage of the much cheaper food in Germany.

We’re now parked on a stellplatz near the harbour in Husum, a short distance away from the Altstadt. We’ve been for a wander, and it’s a lovely bustling town with an old schloss (or castle). The sea here is very tidal, and there’s apparently a five metre difference between low tide and high tide, which can be seen in the photos of the harbour below.

Tomorrow we plan to visit Friedrichstadt, just 15 minutes away.