Yesterday we left all the excitement at Santa Claus Village, and drove 250 km to Saariselkä. Driving in Finland has been a pleasure: the roads are in great condition, there’s not much traffic at all (there are more saunas here than cars remember!) and we’ve not seen any aggressive driving. There are loads of speed cameras, and the fines here are based on income. A few years ago a Nokia director was caught riding his Harley Davidson at 75 kmh in a 50 kmh limit and was fined €116,000!

Stopping half way at Sodankyla, we paid our last visit to Lidl until we get to Sweden, stocking up on fresh food and other bits and bobs. We can’t now open the fridge or a cupboard without something falling out.

The scenery remained tarmac, trees and the odd lake, though the terrain started to get a fair bit hillier. We also started to see reindeer grazing by the side of the road.

Saariselkä is a ski resort – though more of a slope than a mountain – and we could see the ski lifts from our camperstop. As expected, there wasn’t much going on in the village and most places (including Santa’s office) were closed. The weather has become much colder as we have moved north, so we’ve had to get the jumpers and coats out. We’ve even had the heating on! 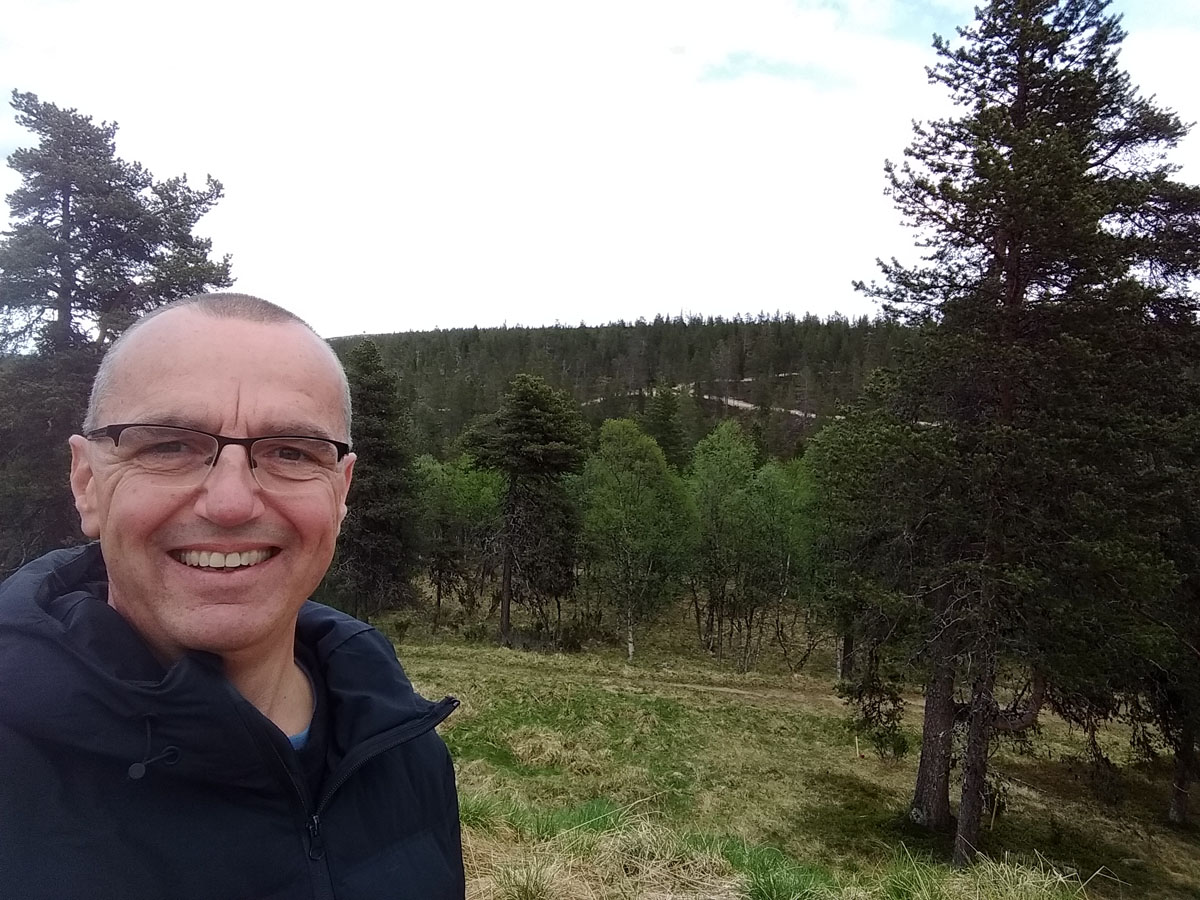 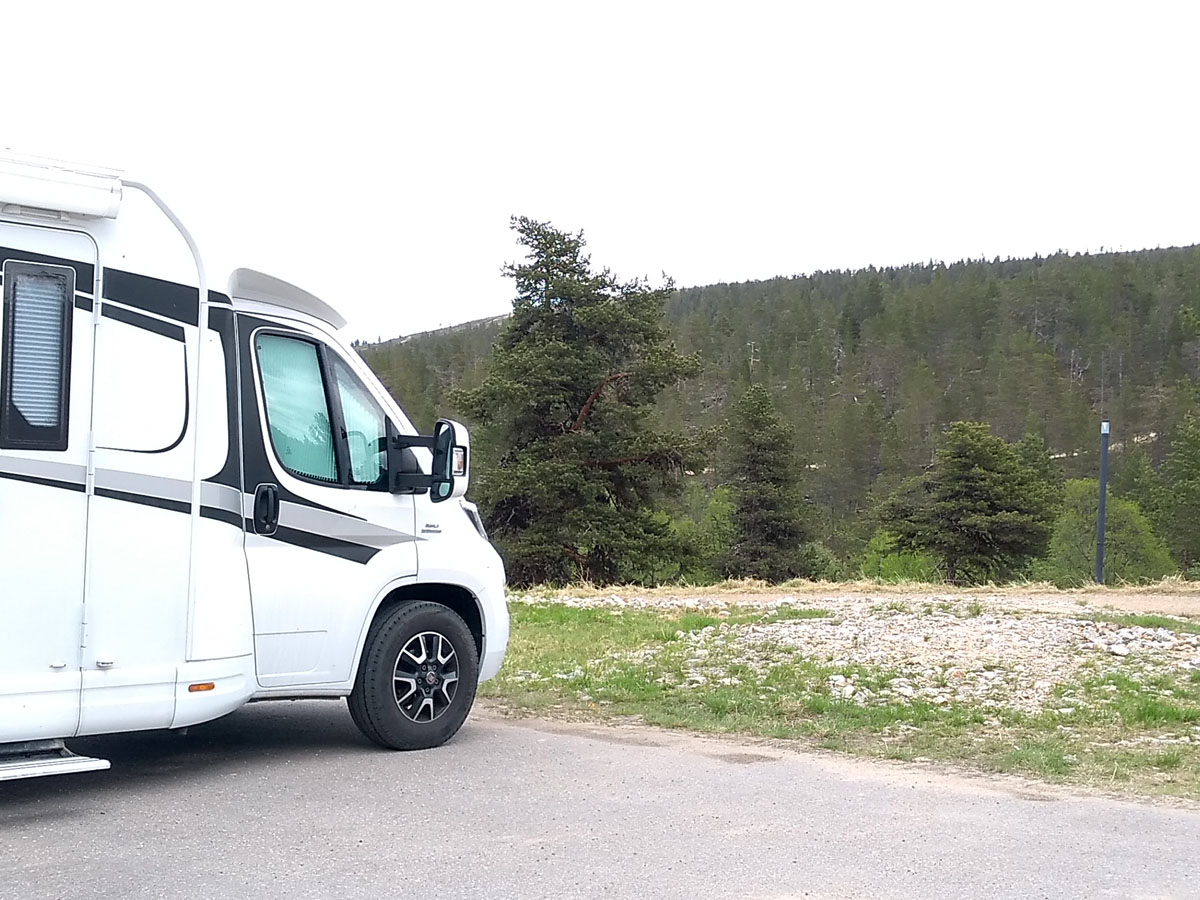 This morning we left Saariselkä and drove to Inari to visit the Sami museum. The Sami are the indigenous people from northern Finland, Norway, Sweden and north western Russia who were historically nomadic and whose livelihoods included fishing, fur trapping and reindeer herding. After watching a video of the northern lights, we went around the museum which tells the history of the region and the Sami people, and goes on to explain the how the wildlife in the region survives in the harsh climate. There’s also an outdoor museum with original log cabins once inhabited by the Sami people. It’s really well done, and we spent a good three hours in there. We spent a further hour in the museum restaurant, where we had a very large helping of reindeer stew which was delicious.

From Inari we drove to the border and filled the van with diesel – in Finland it’s €1.44 per litre, but in Norway the going rate seems to be around €1.55 – ouch!

Norway is in the Schengen Zone, so there is no passport control. However, as it’s not in the single market they do have customs, and there are strict duty free limits for alcohol: just six bottles of wine and two litres of beer per person. A lot of motorhomers do seem to take a chance and cross the border with more than the allowed quota, but we decided not to risk getting a heavy fine and having our van taken to bits. As it happened, we would have got away with it today as the customs area was deserted when we crossed through the green lane.

The terrain changed very quickly on entering Norway, as we were soon driving past mountains still bearing snow. We’d planned to spend our first night in Norway in Karasjok, but we didn’t like the look of the car park and so continued north. We’re now parked in Lakselv, overlooking the massive Porsangerfjorden. It’s grey and overcast, but it’s still a great view. 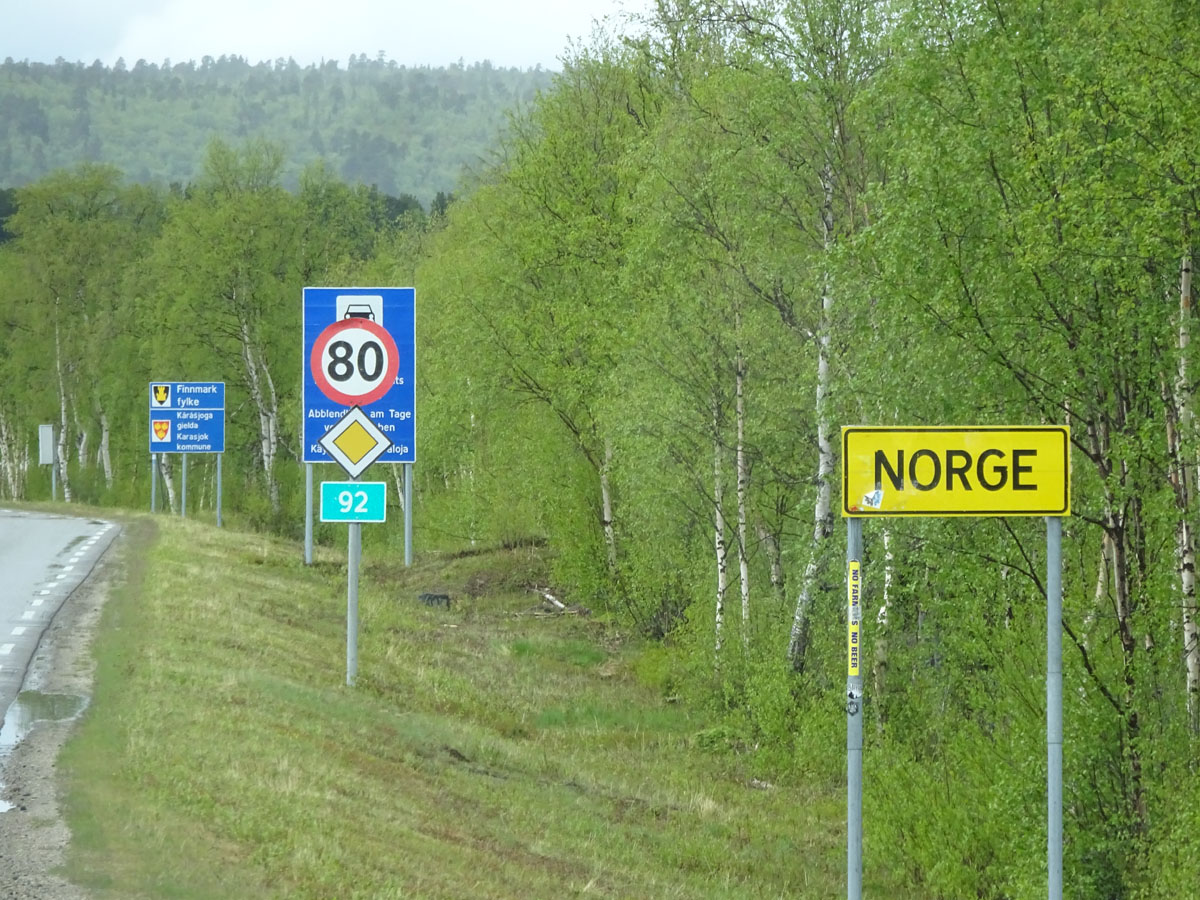 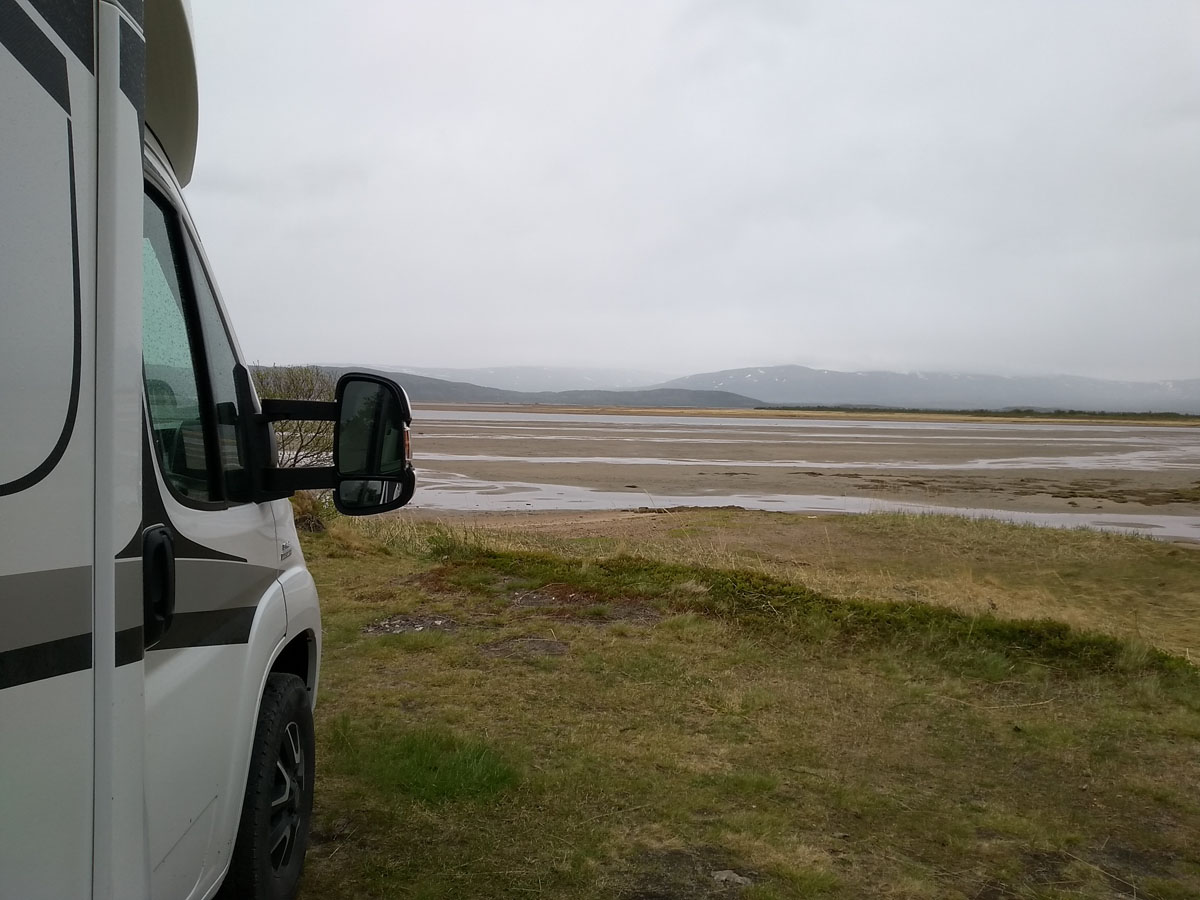 Tomorrow we will drive up to Nordkapp, the most northerly point in Europe.