It felt sad to leave Stockholm when we hadn’t properly explored the city, but we didn’t have much choice with the weather in the 30’s. We’ll just have to return another time. At least the aircon in the van works well, so we were nice and cool on the drive south to our next stop. We’d chosen a campsite by a lake near Linköping which had good reviews, phoning ahead to reserve a space as the schools have broken up for the holidays in Sweden. On the way we stopped off at a supermarket called Willys, which had a great selection and made a nice change from Lidl!

The heatwave has continued here, so most days we’ve done very little apart from sitting in the shade reading. The exception was yesterday, when we drove to the nearby village of Berg by the Göta Canal. Constructed in the early 19th century the canal formed a waterway stretching right across Sweden, linking a number of lakes and rivers to provide a route from Gothenburg on the west coast to Söderköping on the Baltic Sea. The stretch in Berg has become a bit of a tourist attraction as there are 11 locks in the space of less than a kilometre, with a height differential of some 30 metres. It was good fun watching several boats negotiate all of the locks.

With the heatwave set to continue, we shall be heading to another campsite further south tomorrow for a change of scenery, and as soon as the weather cools down a bit we’ll be driving over to Copenhagen. 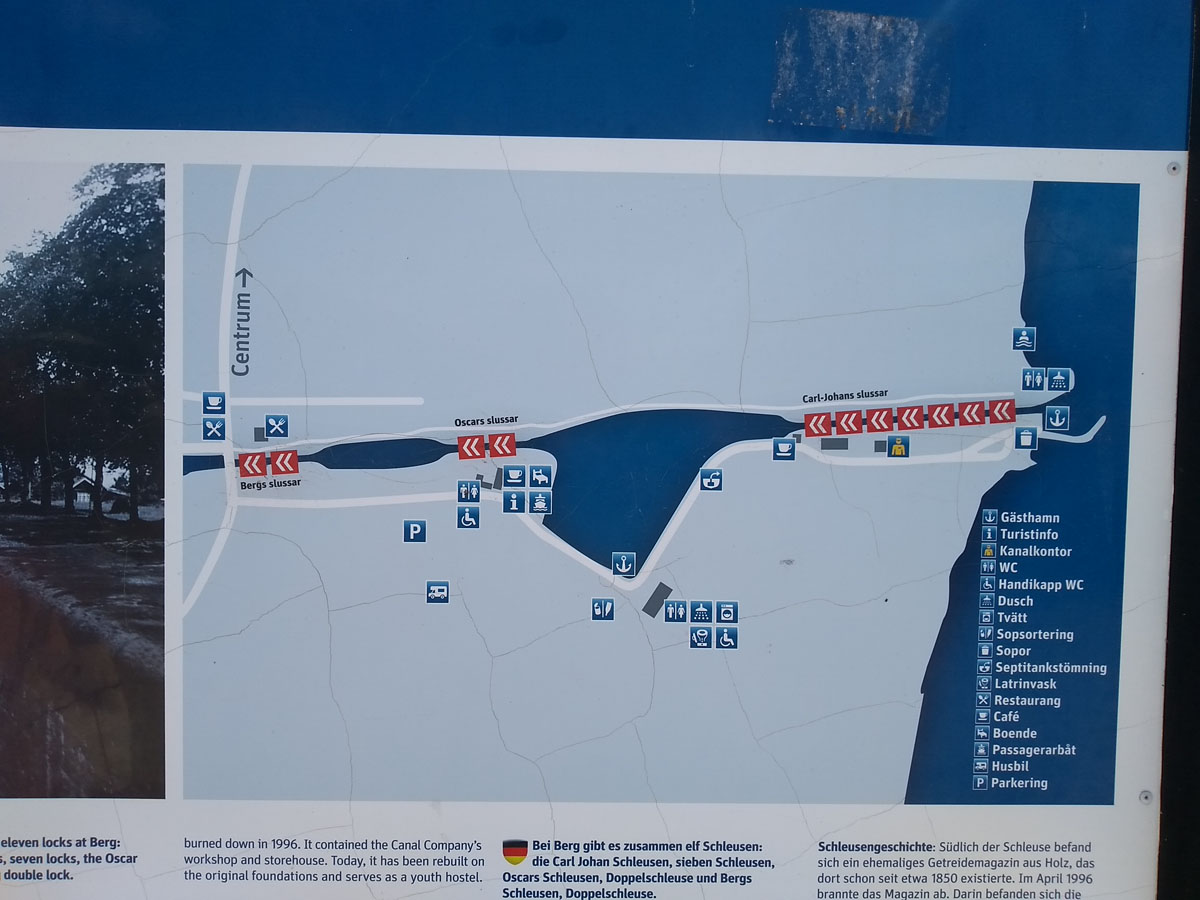 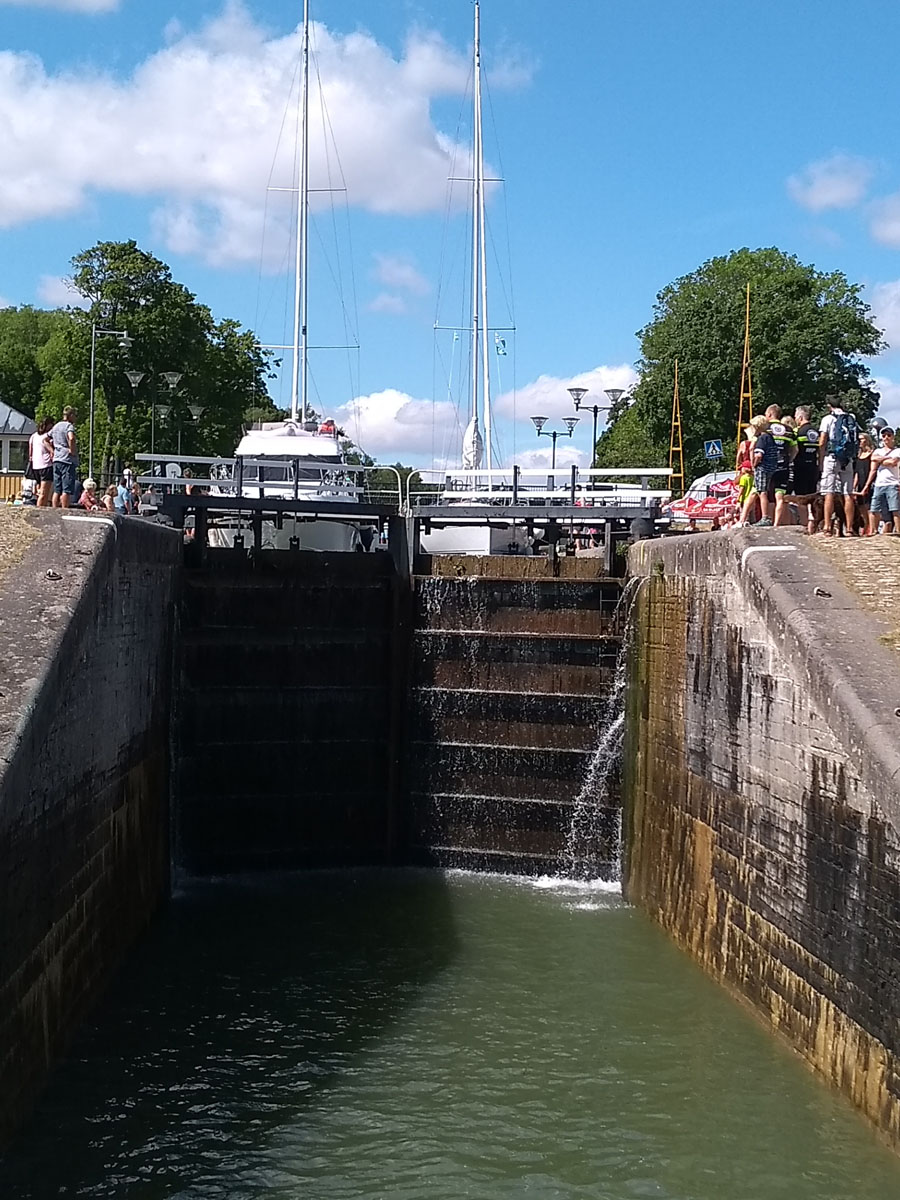 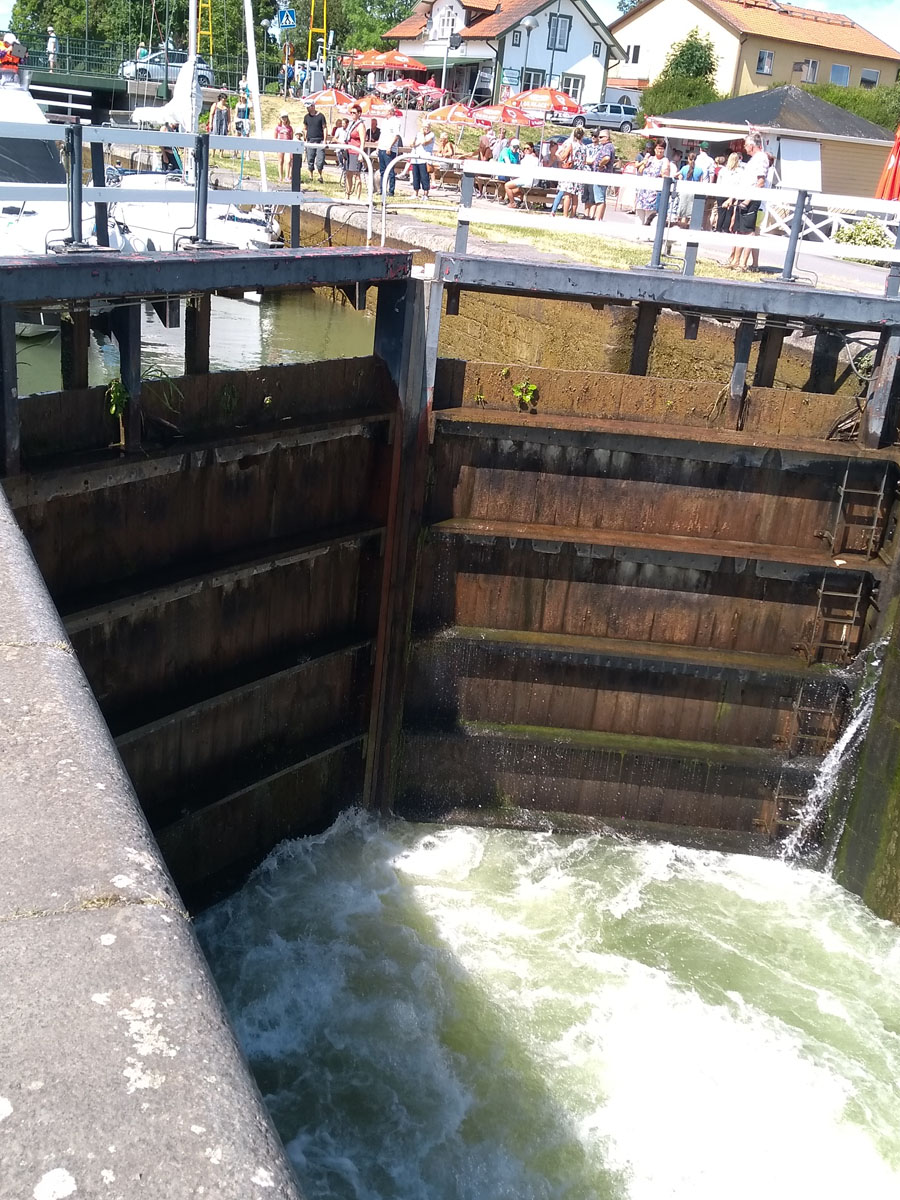 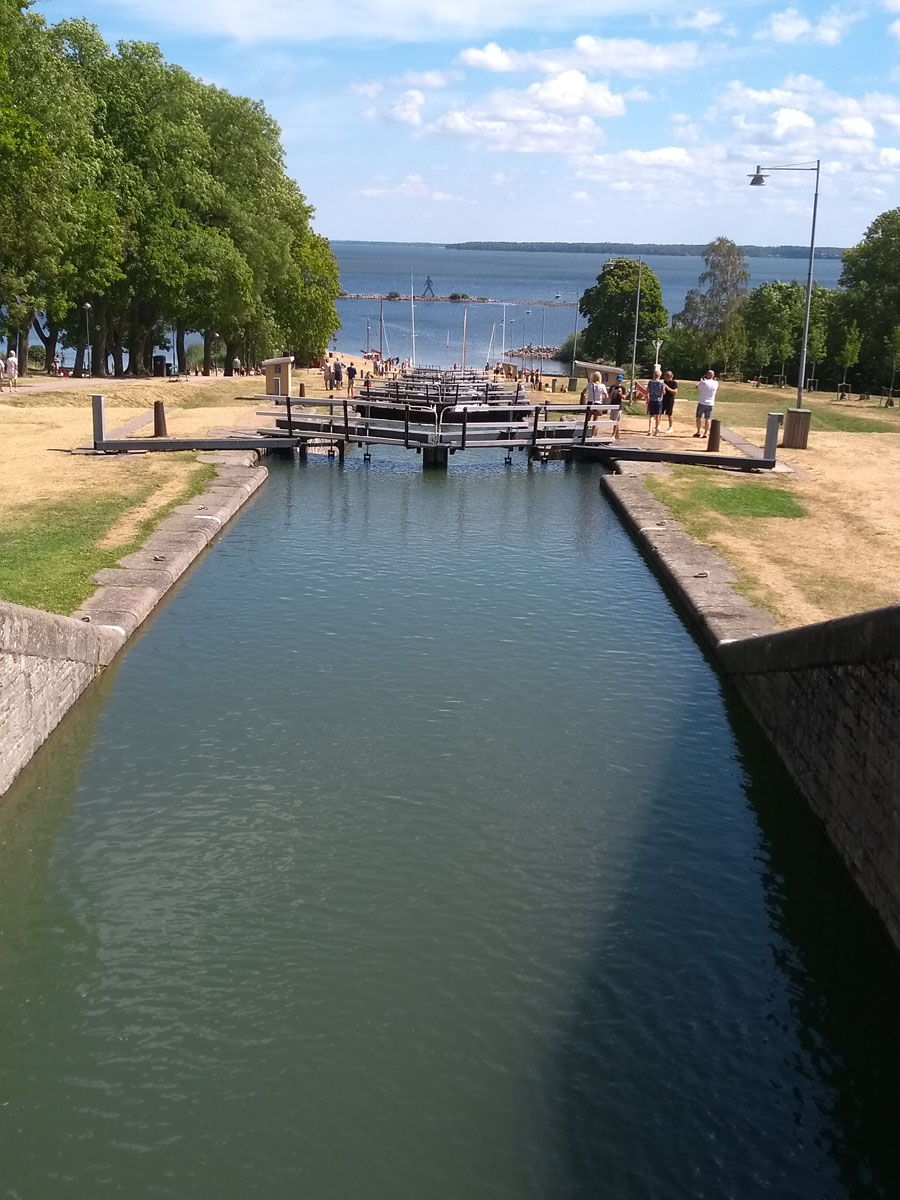 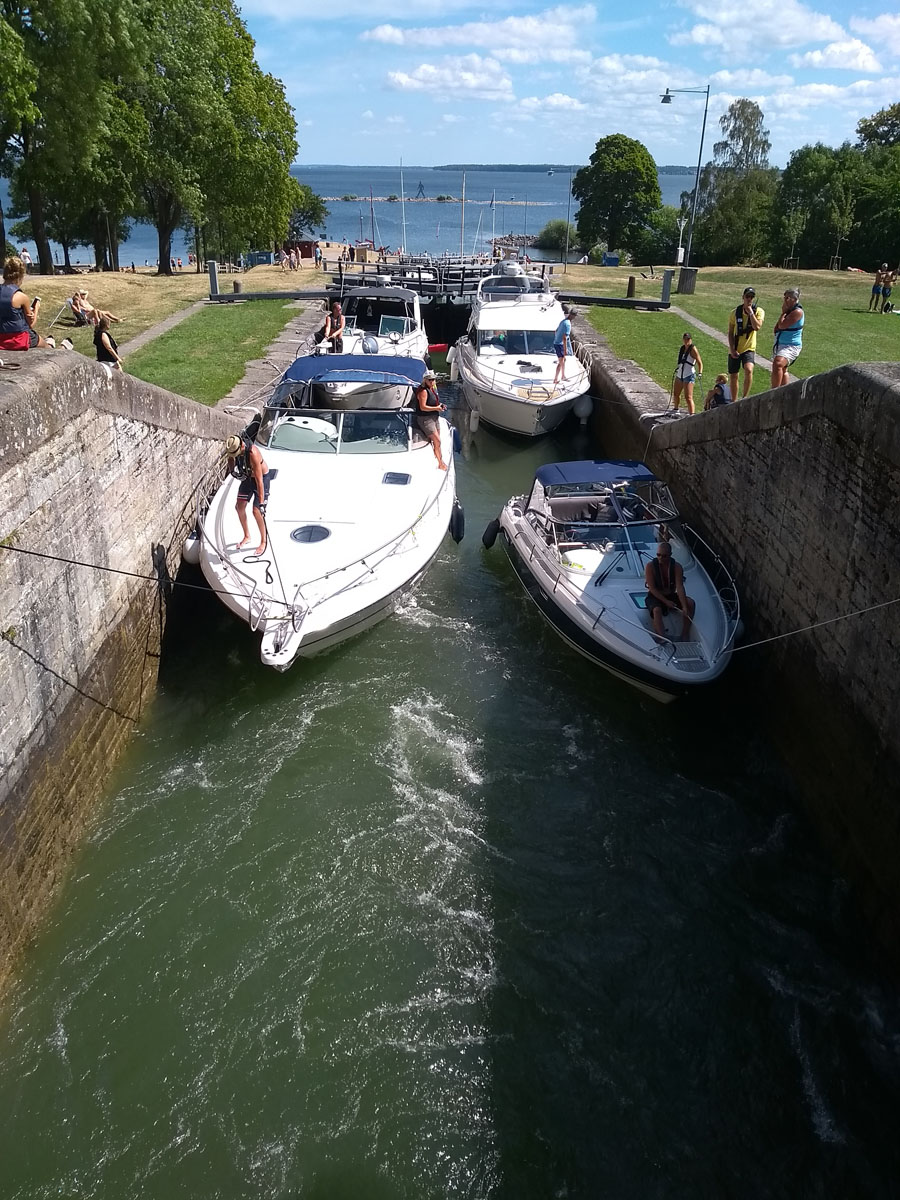