Salamanca is about 250 km (150 miles) from Toledo, so we stopped off half way for lunch at Ávila. Ávila is an historic walled city to the north west of Madrid which I’d visited previously when I did a cycle tour back in 2010, and was keen to return to. As we arrived so did the low cloud, and which obscured the great views our walk from the van up to the city gate. Once inside the city walls we found a traditional bar and ordered some tapas for lunch where the portions were enormous. By the time we had finished our meal, the low cloud had lifted and so we enjoyed a walk through the old town in the sunshine.

We’ve really noticed a big change in the weather since moving north from the coast. A week ago we were walking around in t-shirts by day, and popping a jumper on at night. Now we’re wearing three layers under our coats along with hats, scarves and gloves, and the heating goes on when we’re back at the van.

The site we’re staying at is an ACSI one just outside Salamanca, but it’s very basic and probably not worth the €18/night, particularly as the shower block is very outdated and isn’t heated. It is however very convenient for Salamanca with an hourly bus service to the old town, so we’ve been there a couple of times.

We were last here for a couple of days on a family holiday about ten years ago, but nothing looked as either of us remembered it apart from the Plaza Mayor and one of the restaurants. We spent an enjoyable couple of days wandering around the old town, eating in some traditional tapas bars and mooching around the shops. 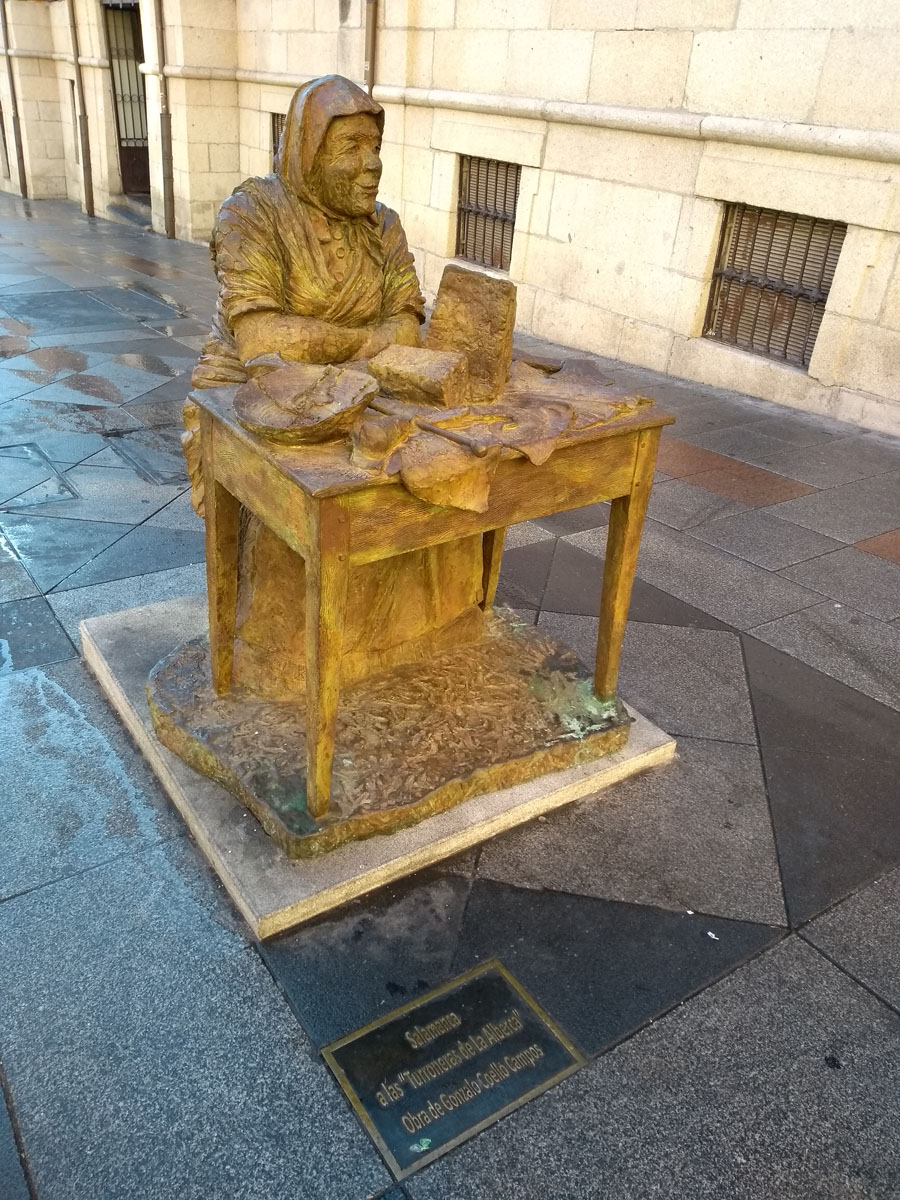 I’ve had more than my fair share of Menús del Día over the years, and the one served at the El Bardo was up there with the best – three courses, dessert, bread, water and a glass of wine all for just €13. The food was delicious and the rabo de toro (bull tail) in particular was superb, just falling off the bone. By the time we’d finished the third course we felt so full that we couldn’t even manage the dessert. If you find yourself in Salamanca, the El Bardo is definitely worth a visit.

Tomorrow we shall head for Burgos, stopping off at a couple of places along the way.