Our next stop after Salamanca was Tordesillas, some 100km to the north west. Thick fog had descended on Salamanca and continued all the way to Tordesillas, but fortunately there was little traffic on the motorway.

Arriving at the campsite early yesterday afternoon, we decided to wait until the early evening before walking over the bridge into town, when the siesta would be over. Staying in the van, we watched the Sky News coverage (about the only channel we can pick up) of the latest episode in the shambles that is Brexit, the so-called meaningful vote. After dinner, we managed to tear ourselves away from the TV and set off into town.

Tordesillas has a long history, but is most famous for the Treaty of Tordesillas which was signed by the Catholic Monarchs – King Ferdinand and Queen Isabella – and the Portuguese crown in 1494. This agreement divvied up the Americas between Spain and Portugal for colonisation purposes.

The hilltop town is situated on the north bank of the River Duero (the Spanish spelling for the River Douro), which wends its way through Spain and Portugal to the Atlantic at Porto, and the route through the Douro Valley has been one of our favourite drives on this trip. At the centre of the town is a small Plaza Mayor, and there’s a nice shopping lane which leads to the newer part of town. After strolling through the old town, and stopping off for a glass of wine in a Plaza Mayor bar, we set off back to the van, and returned in more heavy fog this morning, seeing a really interesting exhibition on the Treaty of Tordesillas. 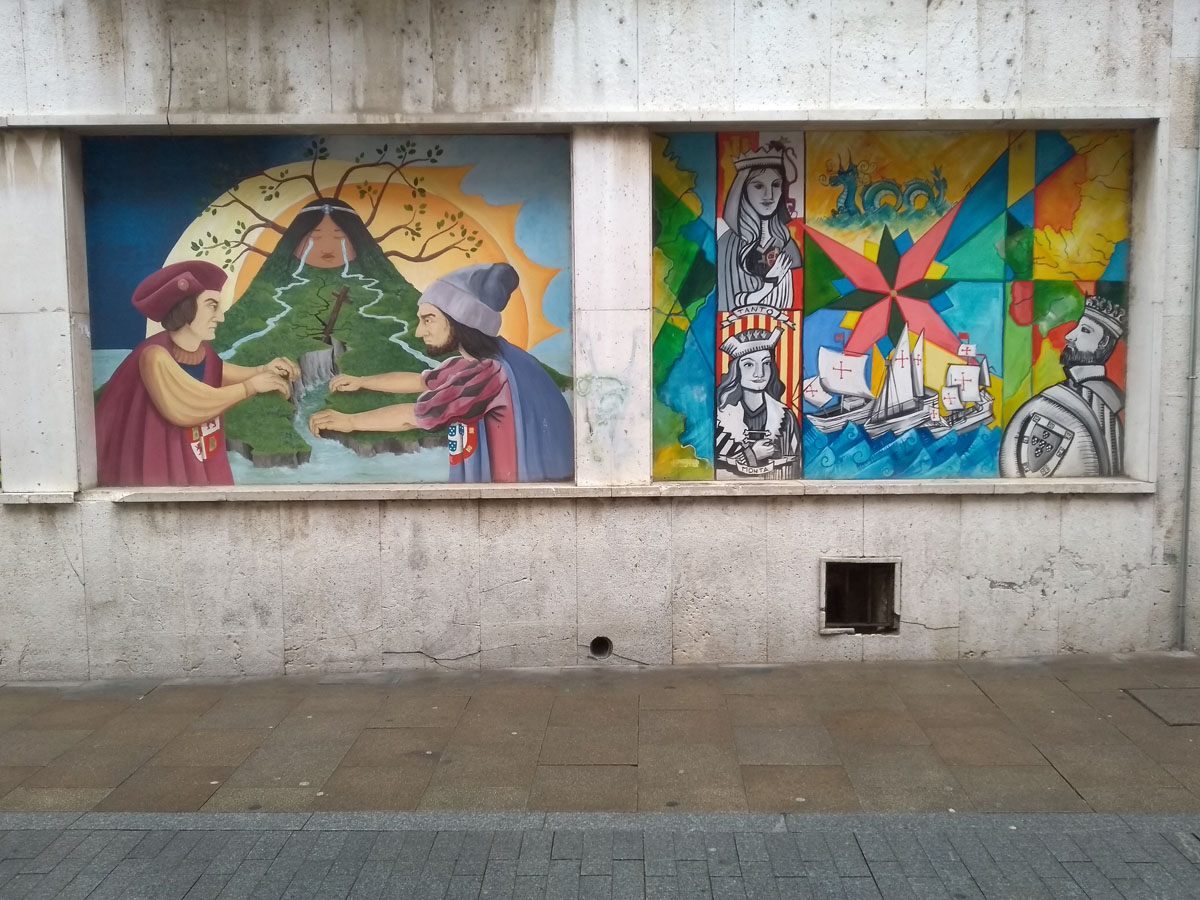 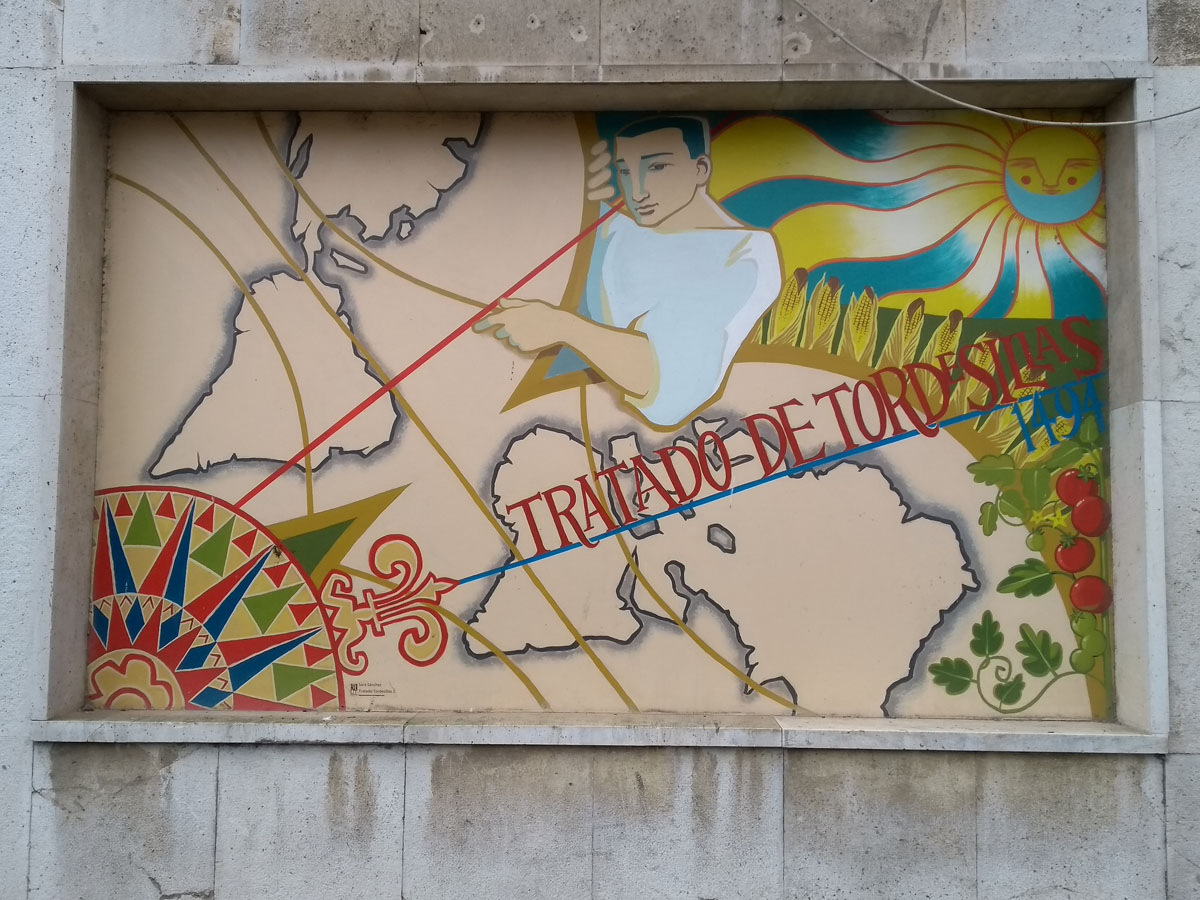