Last night our new neighbours Phil and Steph kindly invited us to watch the football in their van as they could pick up ITV. Unfortunately the England team couldn’t overcome Croatia, but they did themselves proud and hopefully this will be the start of a new era for the international team.

Today has been a l-o-n-g day, as we’ve driven 250 miles (400 km) to a small town near Oslo, where we’ll be heading tomorrow morning to try and get a parking spot at the aire on the marina.

The route took us along two of the scenic routes: Hardanger, running along the shore of the mighty Hardanger Fjord; and Hardangervilla, which runs from the end of the fjord, and along the north side of Hardangervilla National Park.

First stop was the Steinsdalfossen waterfall, where you can walk behind the waterfall without getting wet. After a coffee back in the van we continued on our way.

At the end of the Hardanger route there’s a long tunnel with a roundabout inside. This exits directly onto a bridge over Eidfjorfen and then goes straight into another long tunnel which also has a roundabout inside, and finishes at the start of the Hardangervilla route. We knew that a toll would be charged, but were gobsmacked when we saw that this would be 660 NOK, or (€66/£60). With other tolls along the way we’ve clocked up tolls of 945 NOK today, so fellow motorhomers beware if you’re thinking of driving this way in a van >3.5 tonnes.

Tolls aside, the two scenic routes were indeed very scenic, though you really do need to concentrate on your driving, particularly along the winding single lane roads which run around the edge of the mountains. Fortunately I didn’t meet any lorries or coaches coming the other way. Driving through the tunnels at the start of the Hardangervilla route felt a bit like driving through a curly wurly as there wasn’t a straight stretch of road.

The terrain changed very visibly when driving across Hardangervilla, as it’s a mountain plateau which looks very bleak and rugged.

We’re spending the night at a free camperstop in Sundvollen. The parking area is on a ledge several hundred metres up overlooking the town and Tyrifjorden, and it’s so high up that they launch paragliders here, though none have appeared so far. The views are stunning, and just don’t look real. 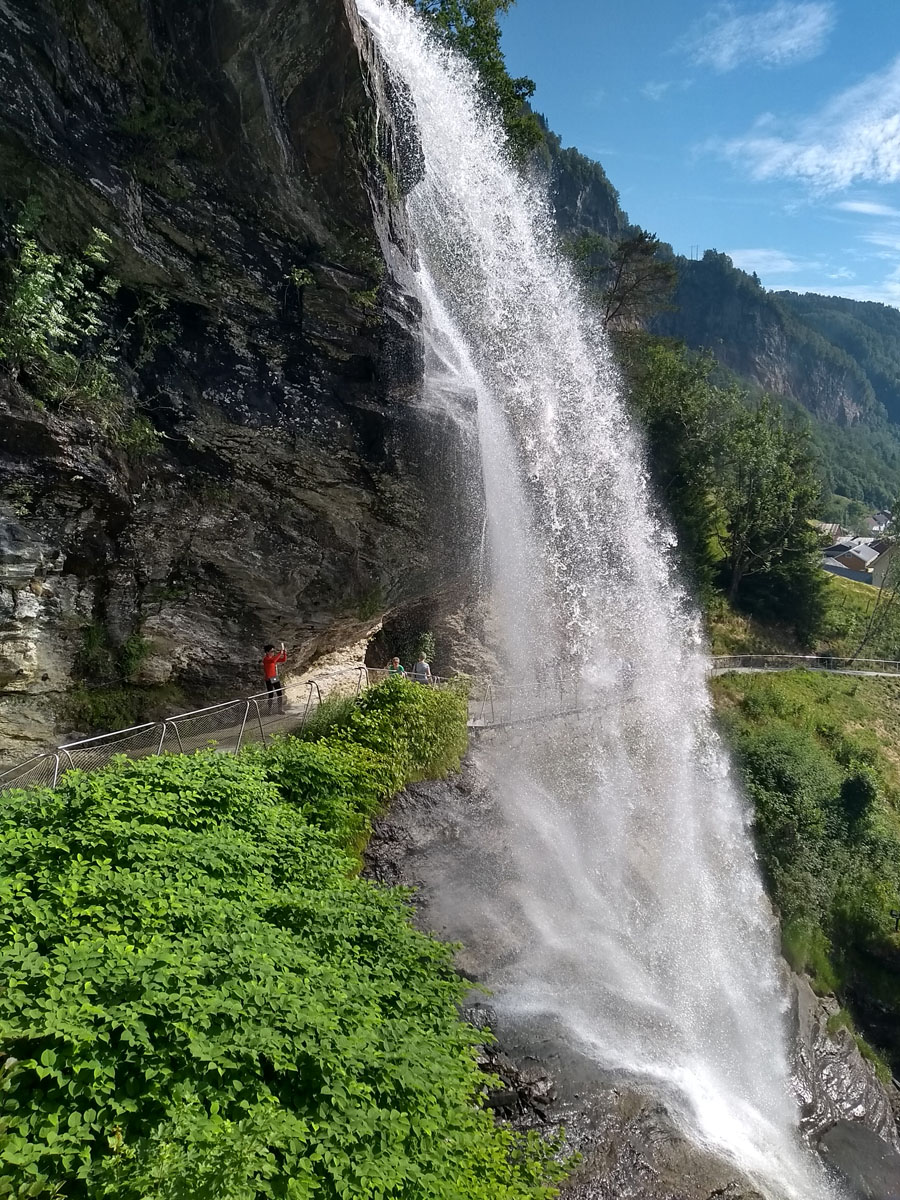 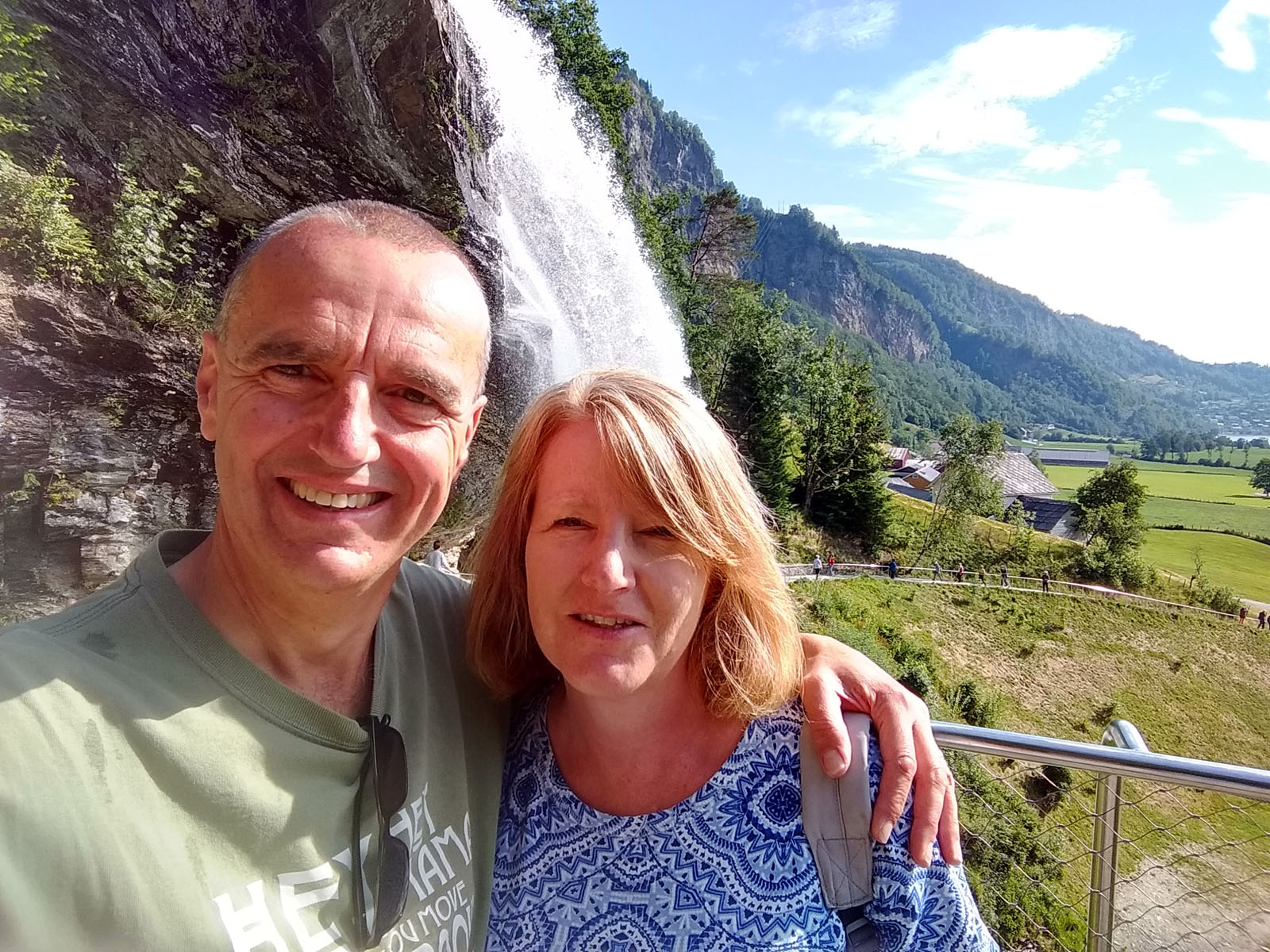 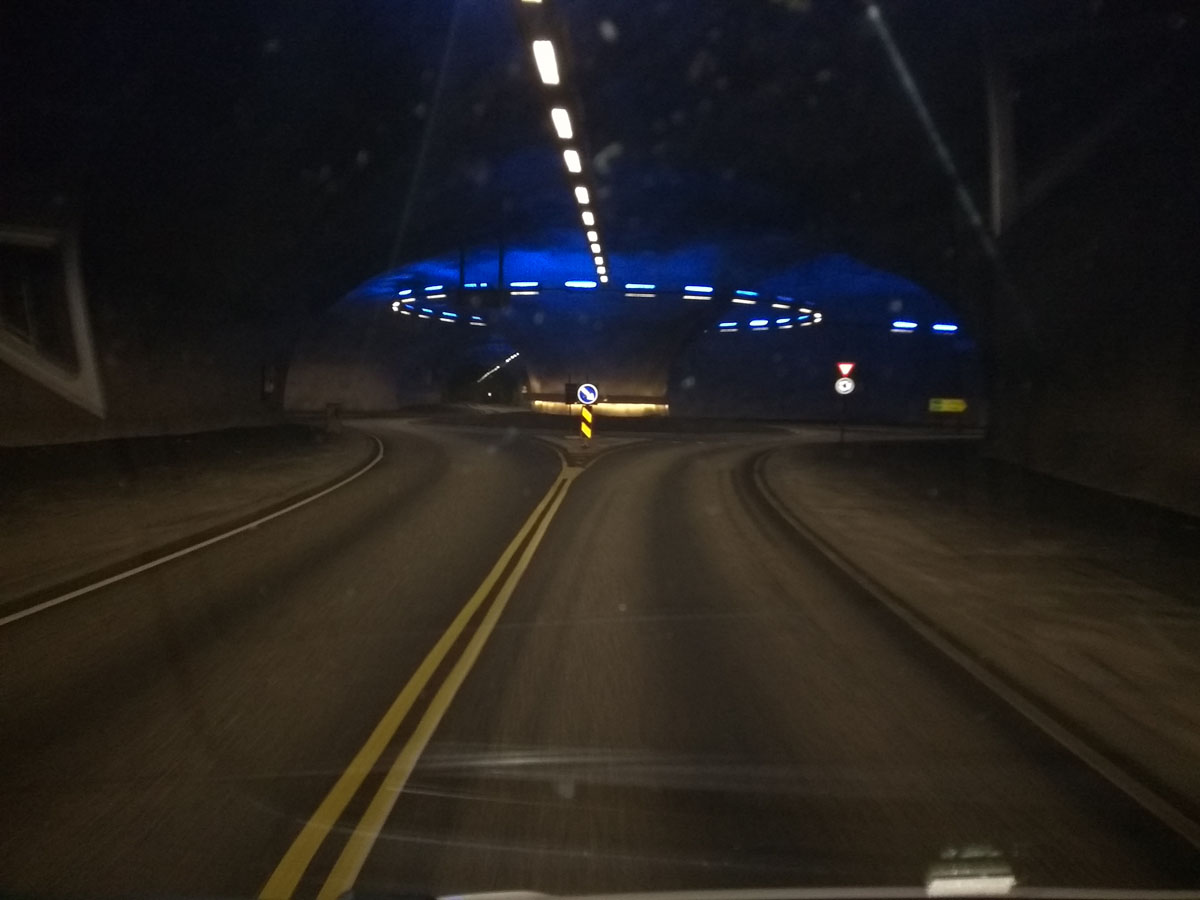 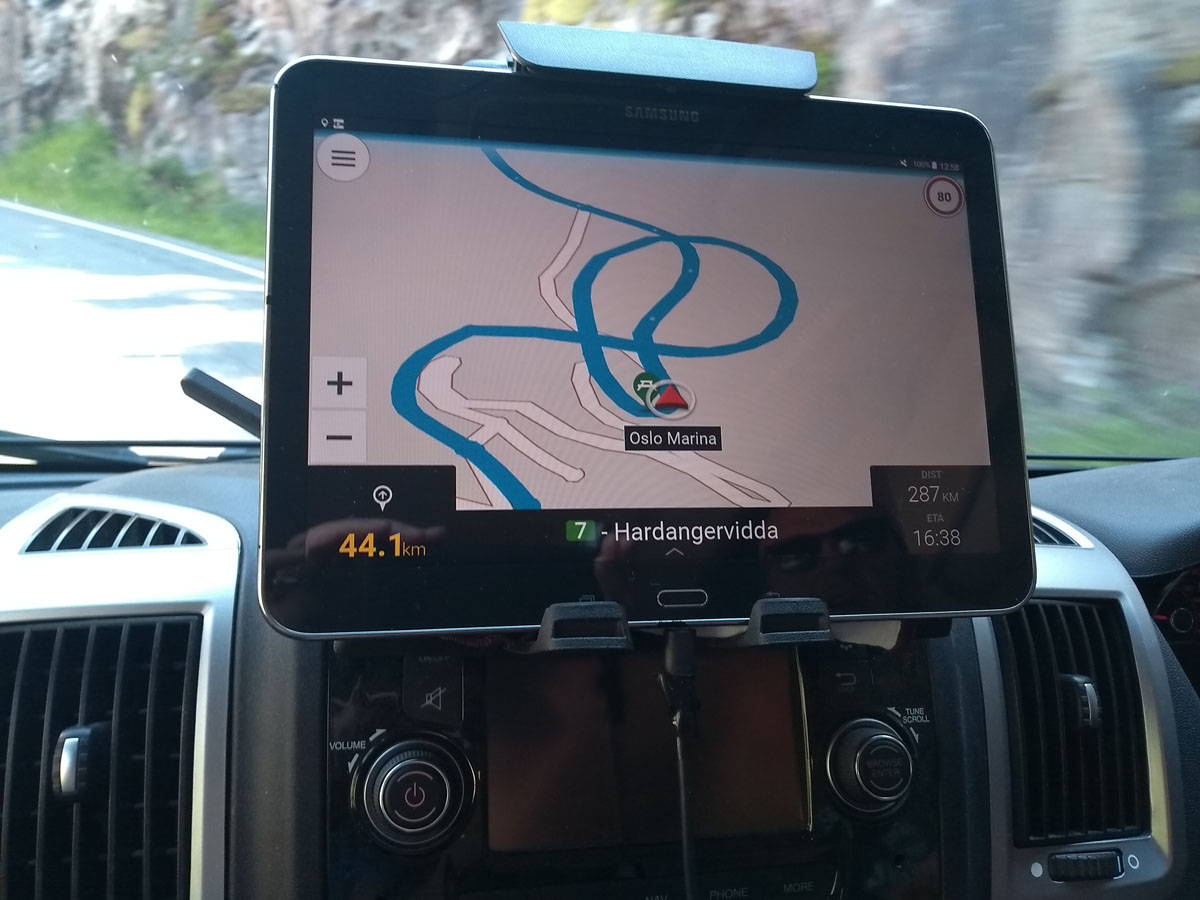 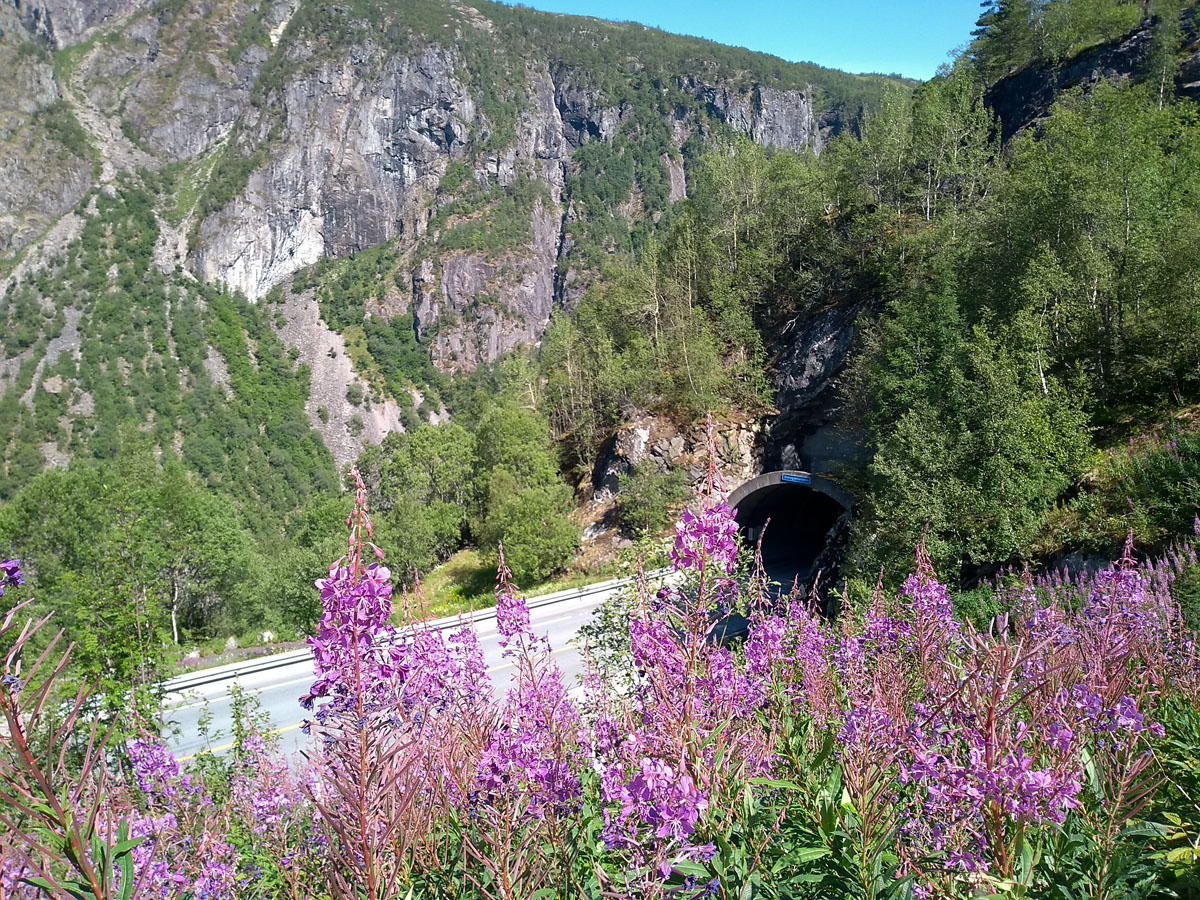 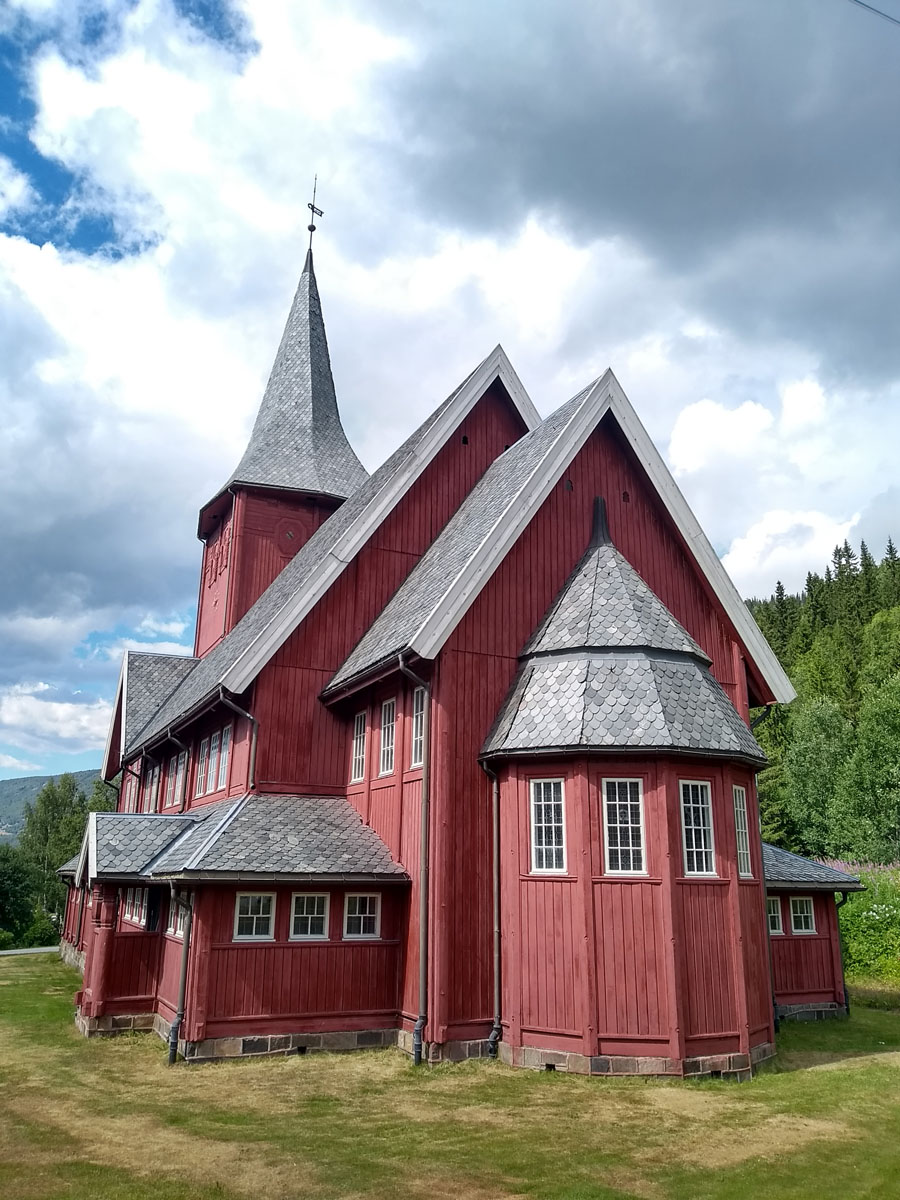 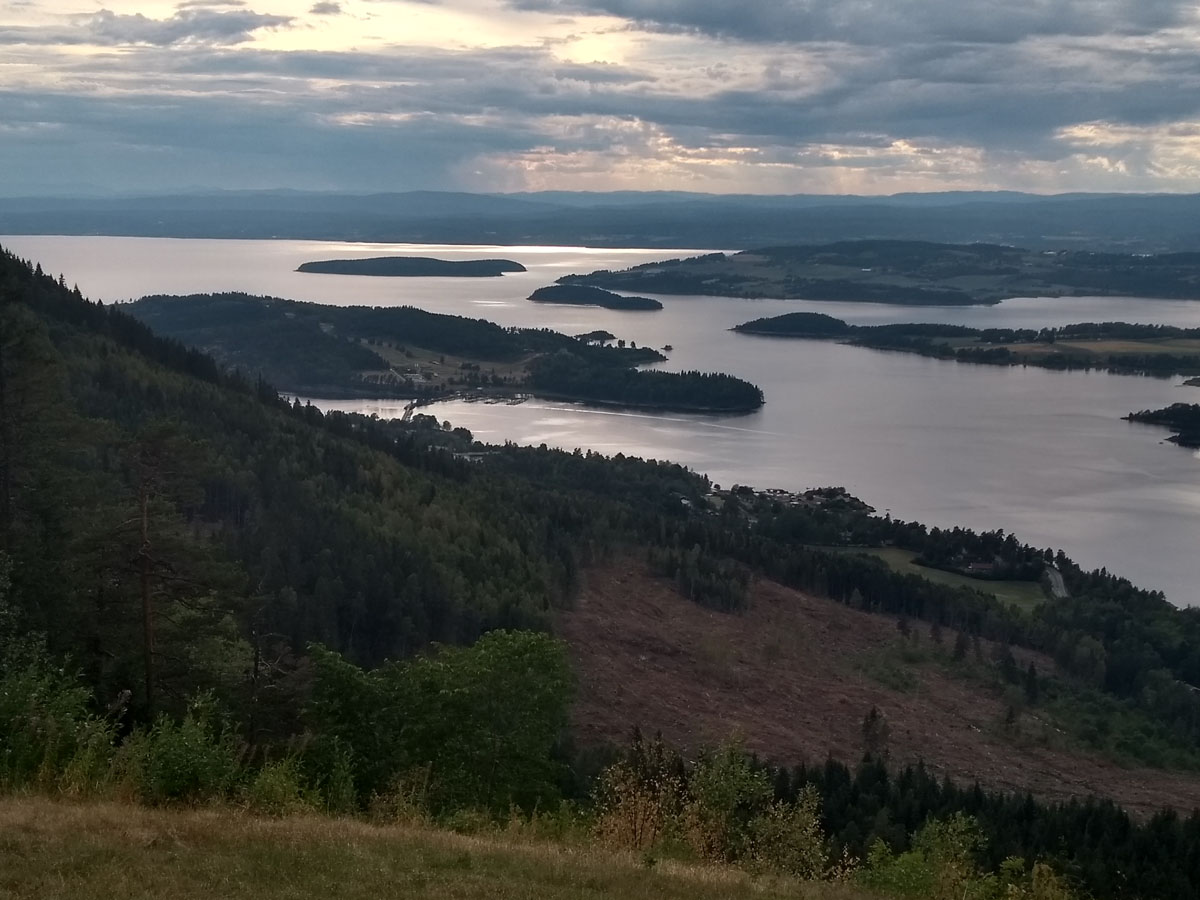 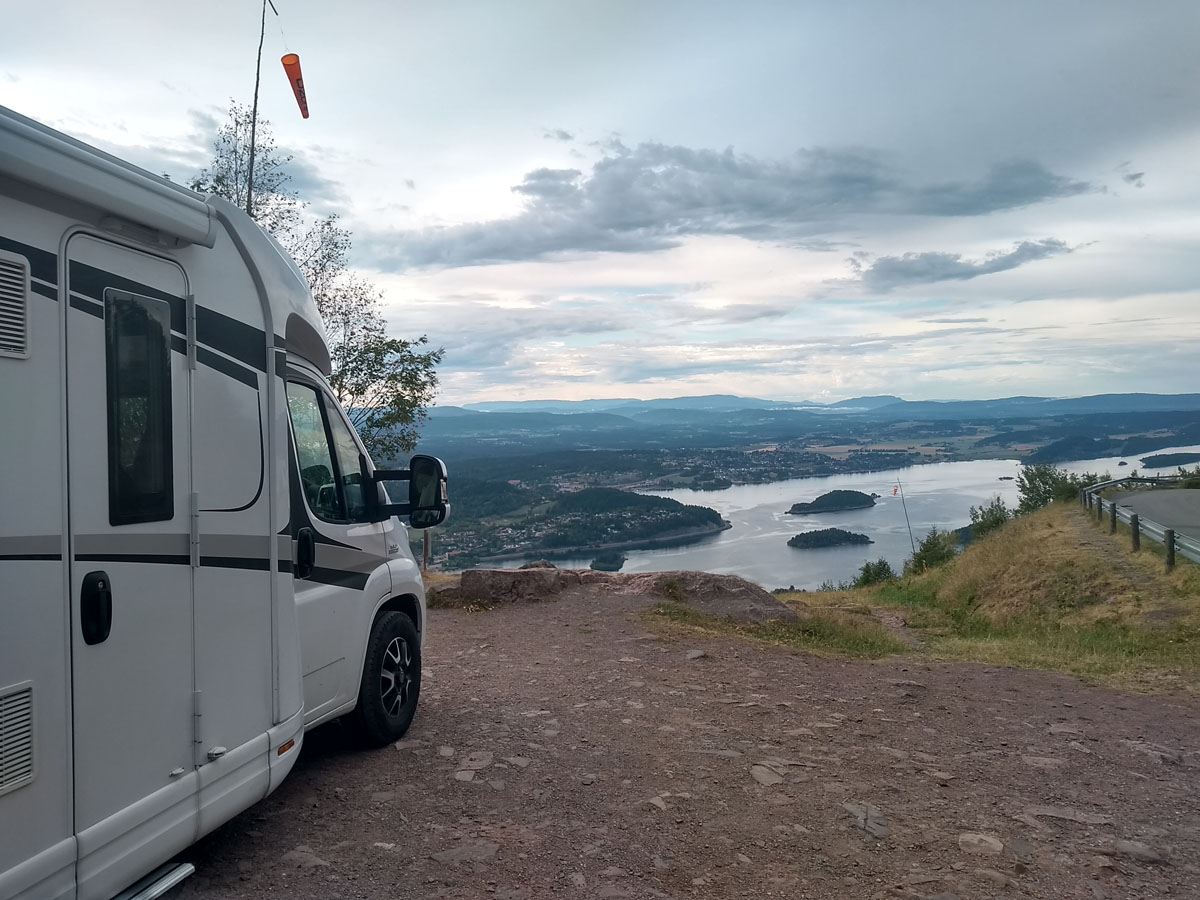 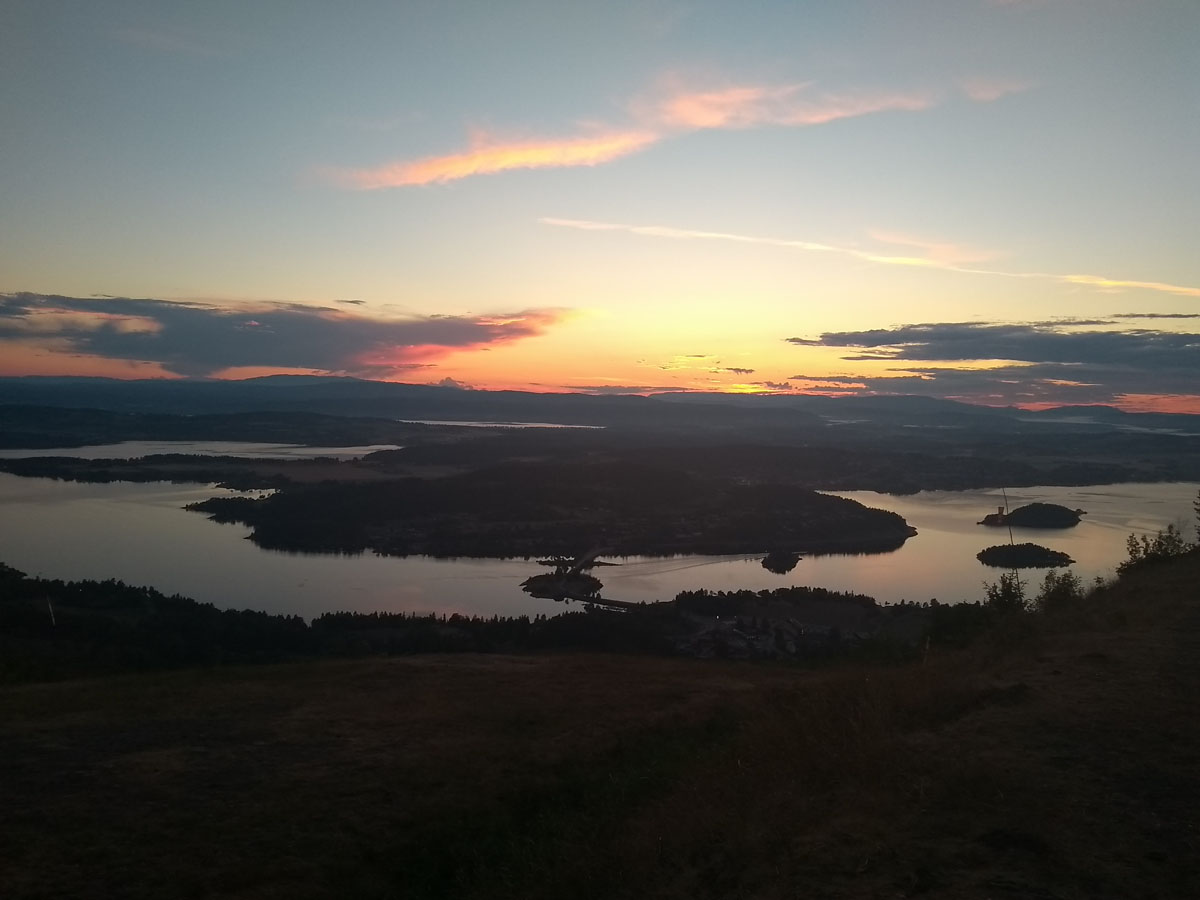