We set the alarm for 7am (early for us!) so that we could get a space on the aire at Oslo Marina and then spend the rest of the day in Oslo. The 40 km journey took about three quarters of an hour, with the satnav getting its knickers in a twist trying to avoid the congestion charge zone. There was no avoiding the road toll though, just a couple of kilometres before the marina, where we were stung for another 540 NOK (€54).

The marina was pretty full when we arrived, but there were fortunately a few spaces left so we picked a spot, bought a ticket from the meter and hooked the van up. It’s just a five minute walk away from the train station, and from there it’s only two stops to the Central Station, so the marina is really well positioned for getting into town.

With the weather forecast indicating that the heatwave would continue, we decided that we’d spend three days in Oslo. On Friday we would buy a 24 hour travel card, and then buy an Oslo Pass to use on Saturday and Sunday, giving free entrance to several museums, with a travel card included.

After finding our bearings on Friday, we checked out the opera house – where you can walk up the outside of the building – before following a top tip from fellow bloggers Home On Wheels and took the T-Bahn to Frognerseteren at the end of Line 1. The train climbs out of Oslo right to the top of one of the nearby hills, so it’s a very scenic ride. The Frognerseteren Café is a short walk from the station with an excellent view over the city, and their apple pie tasted good. Back in the city centre we visited the Sculpture Park before returning to the van. 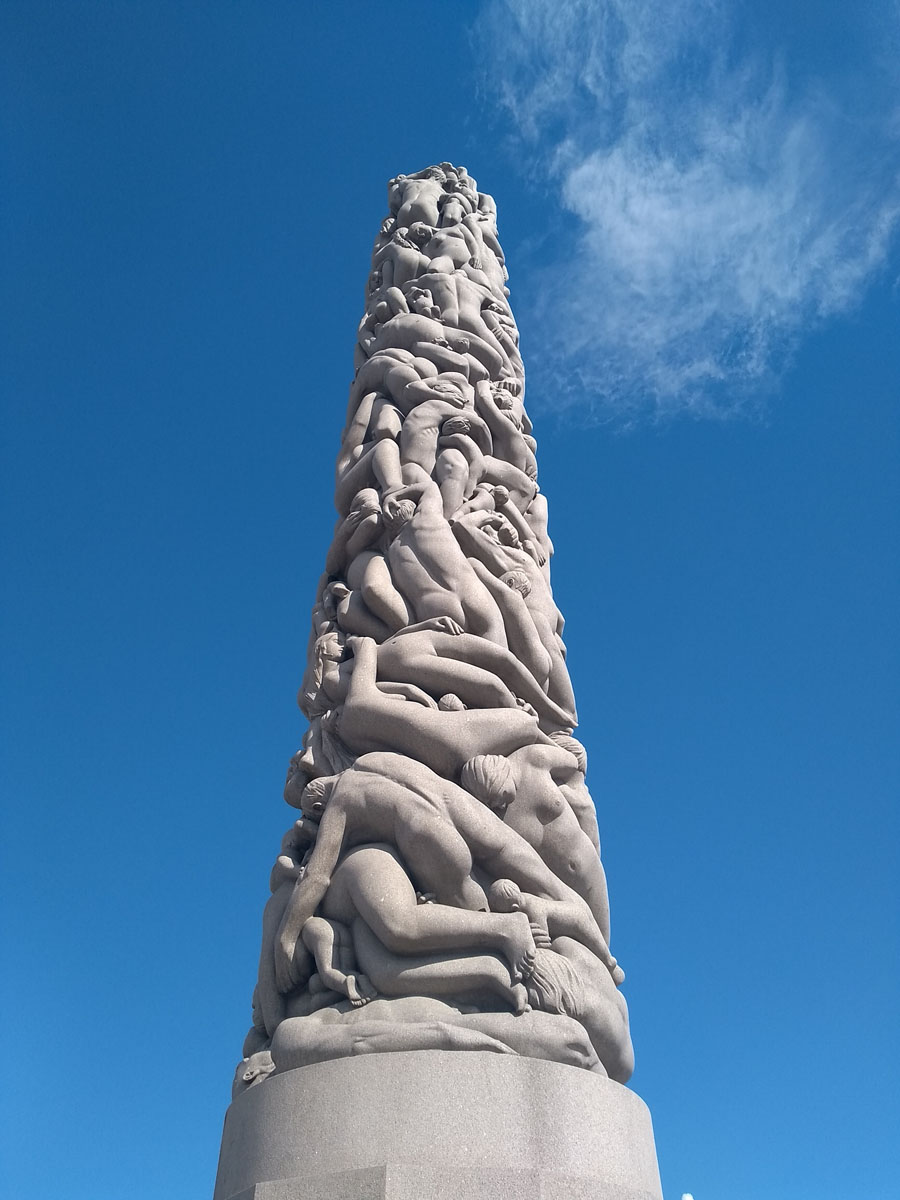 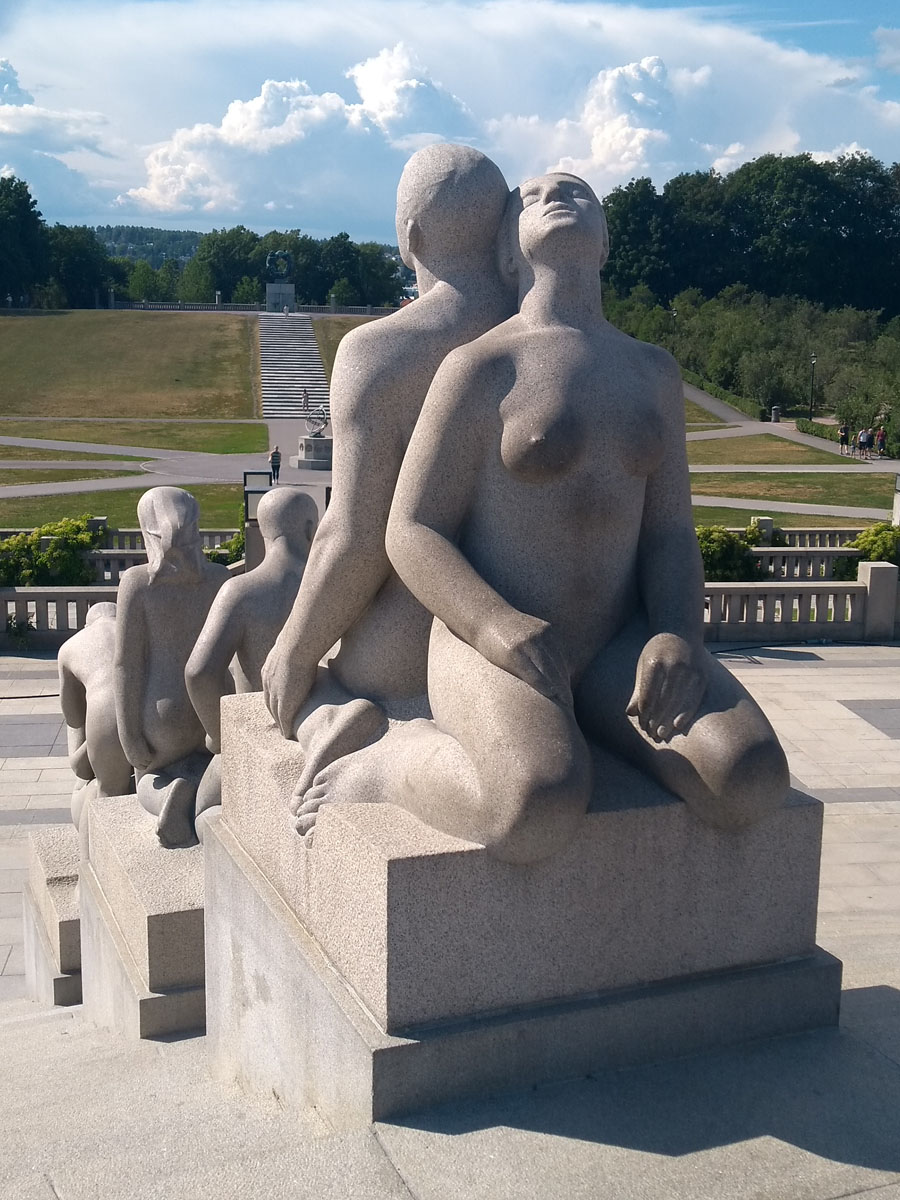 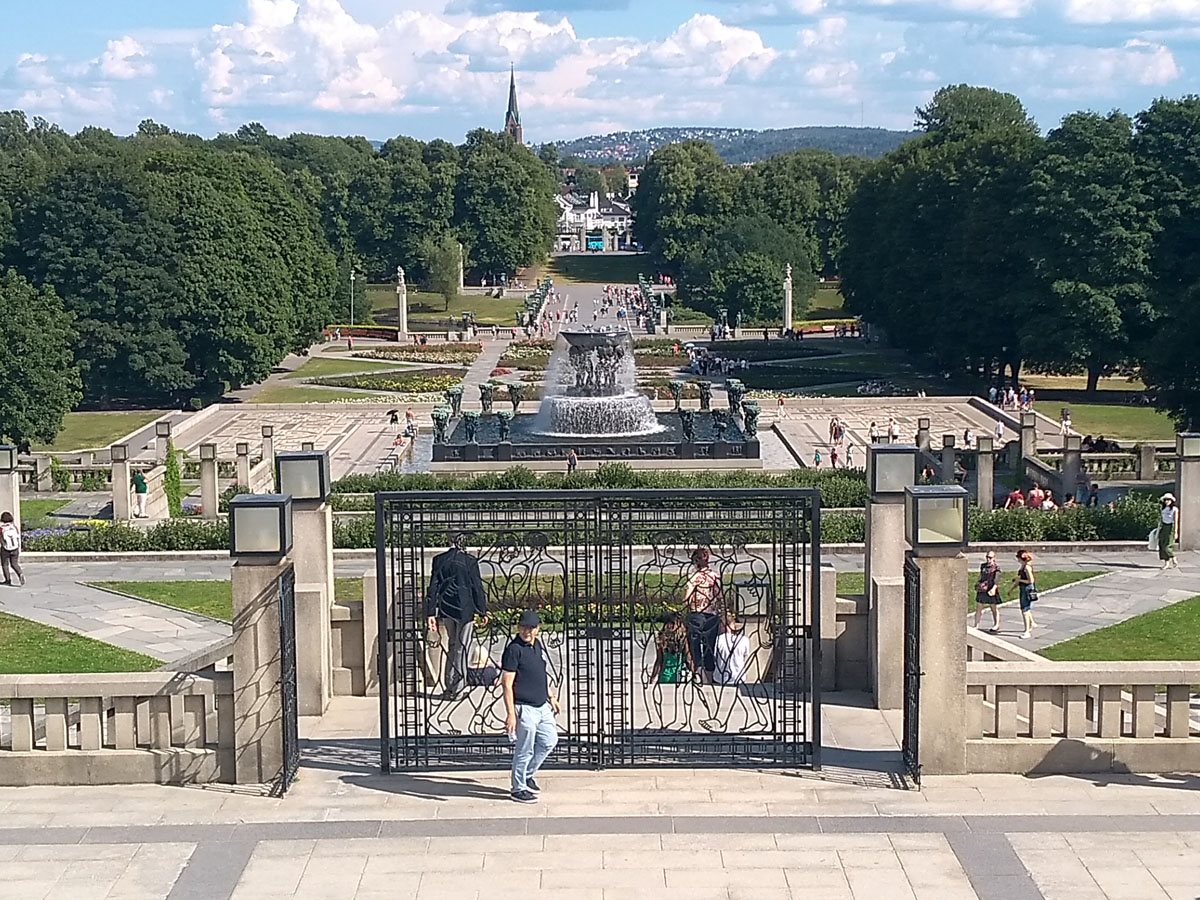 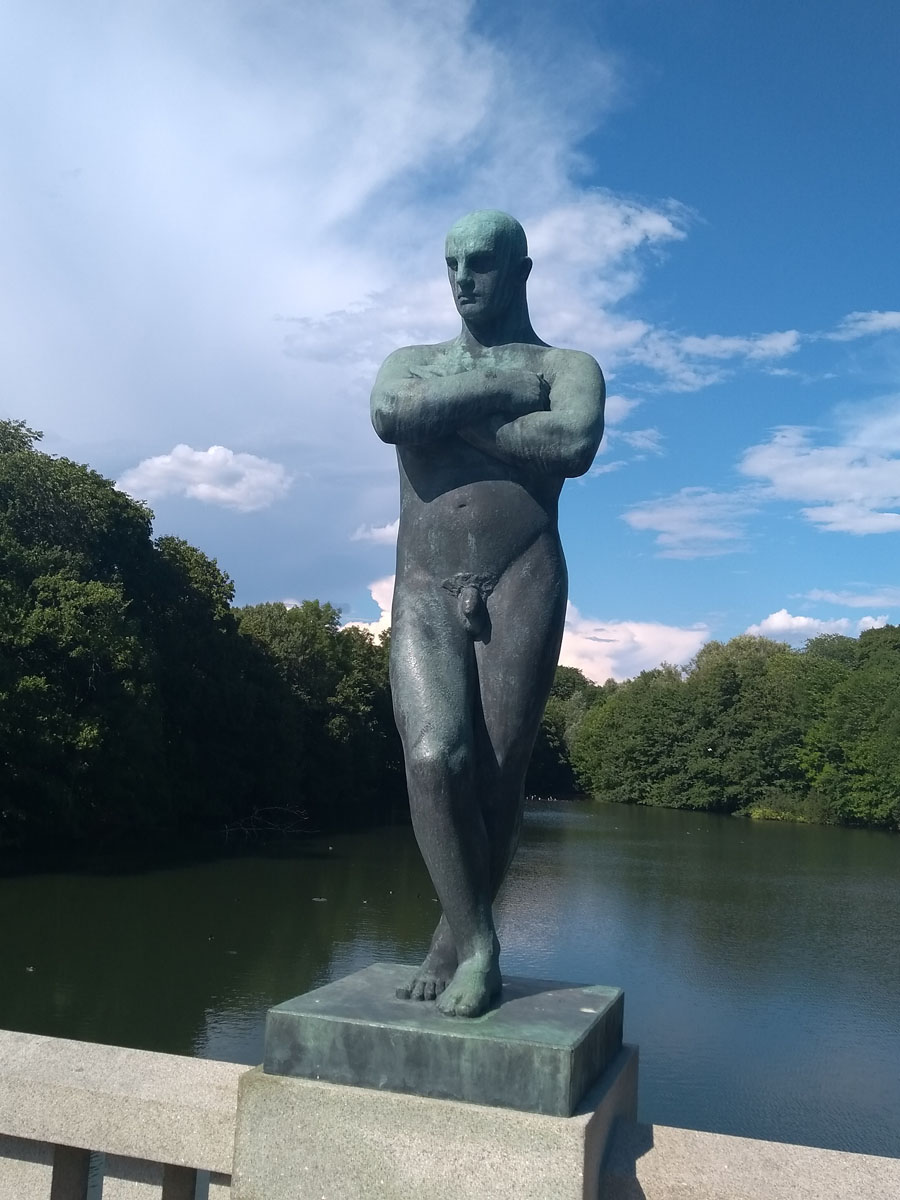 Yesterday we took the Bygdøy ferry to visit five of the museums on the other side of the fjord. With the scorching weather it was good to be indoors for much of the day.

Phil and Steph, whom we’d met in Bergen, had now arrived at the marina, and so we had an enjoyable evening last night chatting over drinks outside the van.

Today we took the train back into town. First stop was the Fuglen Café which came highly recommended by daughter Sarah , and we weren’t disappointed. Close by is Memorial Cemetery, so we went over to check out the graves of playwright Henrik Ibsen and artist Edvard Munch. (We’re not arty types so we didn’t visit the Munch Museum.) After a mooch around the city centre the weather was so hot that we decided to return to the van, and we spent the rest of the afternoon sat in the shade with a lovely breeze coming in from the fjord.

Today is our last full day in Norway, as in the morning we’ll drive to Sweden, country number 22 on our trip. We’ve had an absolutely wonderful six weeks in Norway, and have done all of the things that we set out to do. It’s the most beautiful country, and we’ve seen so many fantastic sights. The people we’ve met have been really friendly too. It’s a shame that the weather wasn’t better when we were in the Lofoten Islands, as we’d have liked to have spent more time there, but you can’t have everything! Of course it’s expensive here – particularly when eating and drinking out – but that was to be expected. We brought quite a lot of non-perishable food with us which helped to reduce the cost, and I can’t believe that we’ll be leaving here with five bottles of wine left from the 12 bottles we were allowed to bring into the country (though the beer didn’t last long!). The only major downside has been the road tolls, which are nothing short of highway robbery. Fortunately there will be no road tolls in Sweden!