Well, where to start?! We’ve had an amazing (and exhausting) three days in Venice. It’s a city that’s always been on our ‘to do’ list, but I guess we haven’t been before having been put off by how popular and touristy it is, epitomised by cruise liners sailing through the lagoon passing St Mark’s square and dwarfing the cathedral. But we made it at last.

Arriving in Venice on Friday after a marathon six hour drive from Ljubljana, we checked into an excellent ACSI campsite (€19/night), which is just 10 minutes into central Venice from the bus stop outside.

It was very foggy on Saturday, a real pea-souper which reminded us of our visit to the Grand Canyon a couple of years ago.

We’d booked ourselves in for a walking tour on Saturday morning so that we could get our bearings and learn about the history of the city, which was really interesting. Our guide was really good and had lots of tips for making the most of our time in the city. She explained that Saturday (11th November) was San Martino’s day in Venice. The local children celebrate by dressing up as kings and going into shops, cafés and bars, reciting a rhyme whilst banging pan lids with spoons. The shopkeepers then give them sweets – all a bit like Halloween. The bakers also sell “dolce di San Martino” biscuits (and make quite a few bob looking at the prices they charged!). It was good to see lots of groups of kids enjoying their San Martino’s day

Over the three days we walked some 35 miles crossing countless canals, and we were both surprised at how large the city actually is. We found that the best way to explore was to just wander down the narrow lanes and see where we ended up. We also bought a pass for the water buses, handy for visiting the Lido and Murano Island, famous for producing the glass. We visited the major sights like St Mark’s Square and Rialto Bridge, but it was just as much fun getting lost and finding a great cafe or bar to stop for refreshments.

The two eateries we enjoyed the best were All’ Arco (which was featured on Rick Stein’s ‘From Venice to Istanbul’ TV series) and Antico Dolo. Both places specialise in serving cicchetti, which is Venice’s version of tapas – small dishes of food (mainly local fish, ham and cheese – around €2 per serving) served with an ombra (a small glass of local wine costing €1.50). The food we ate was simply delicious (and the wine wasn’t bad either!). 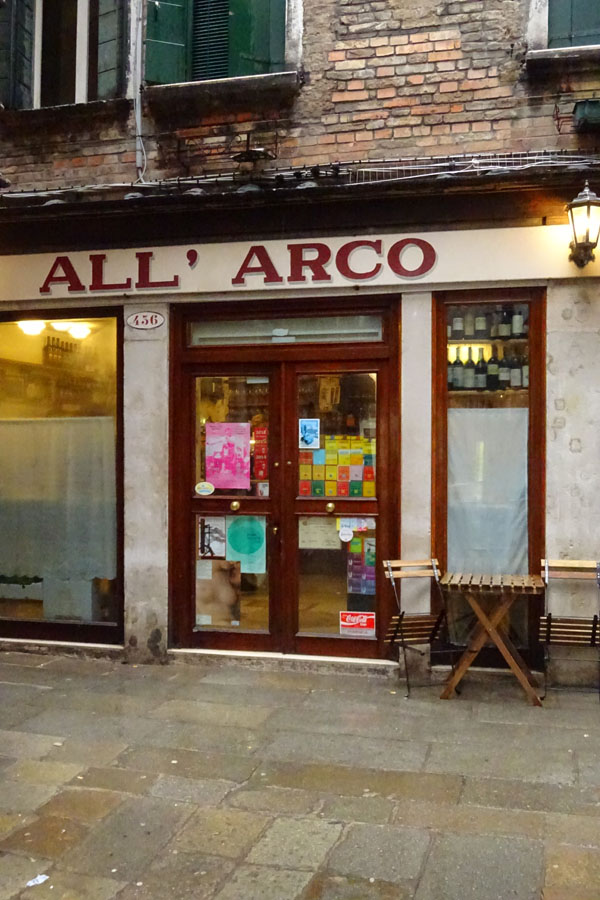 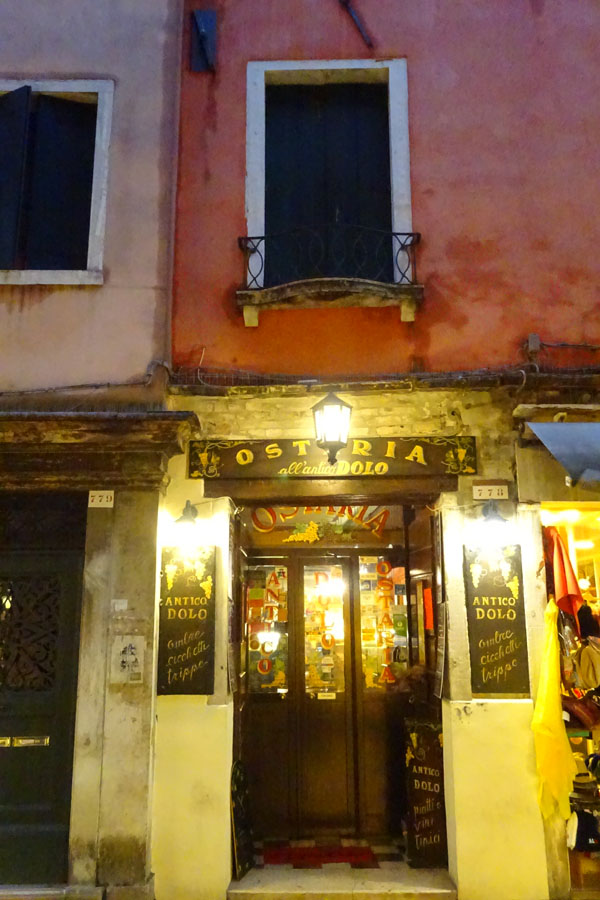 Weather-wise the fog continued into Sunday, before turning very wet and windy this morning – but there’s no such thing as bad weather, just bad clothing. We both wore four layers, and had gloves, scarves, waterproof shoes and umbrellas, so the rain didn’t spoil our fun (though it was too cold for gelato). The brisk early morning wind was too much for a lot of people’s umbrellas though, judging by the number of bins we saw overflowing with broken umbrellas.

We really enjoyed our time in Venice. Whilst there were many tourists along the main Piazzala Roma – Rialto – San Marco drag, we found it quite easy to get away from the crowds and get lost in the labyrinth of narrow lanes. I don’t think we’d have enjoyed visiting in high season with loads of tourists arriving in cruise ships (we only saw the one), and when the weather’s hot and the canals smelly.

More photos below. Tomorrow we will head towards Bologna.