We arrived at the Wismar stellplatz at around 10:30 yesterday and grabbed one of the last remaining places. If I had €1 for every van that turned around in front of us and drove back out, I’d have at least €27! As the stellplatz was just a short walk from the Altstadt, we decided that we’d stay for two nights.

Hanseatic Wismar is another UNESCO listed city and, like most places in the Holy Roman Empire, has a complicated history. Under Swedish control from 1653, Wismar only became part of Germany in 1903. The city – and two of the three enormous churches in particular – suffered heavy damage in the last Allied bombing raid of WWII. Part of East Germany from 1945, the city became the country’s second port (after Rostock). Despite government pledges, work to rebuild the churches and other historic buildings did not begin until reunification in the 1990s, and Marienkirche is still a building site.

The Marktplatz is one of the largest market squares in northern Germany, lined by the Rathaus and many other old-looking buildings. The only genuinely old building though would appear to be the 14th century Alter Schwede. To one corner of the square is a rather unusual Dutch water pumping station which supplied the city with drinking from 1602 right up until 1897. The Marktplatz didn’t look very picturesque for our visit though, as half of the square has been fenced off, covered in sand, and given over to beach volleyball and other beach games.

We spent an enjoyable couple of days walking around the town, visiting the reconstructed churches, walking through the back streets and along the canal and harbour. It’s a lovely city and well worth a visit if you’re in the area.

We’ve now come as far east as we’d planned. Tomorrow we’ll be moving south to Schwerin and then heading west towards Holland. 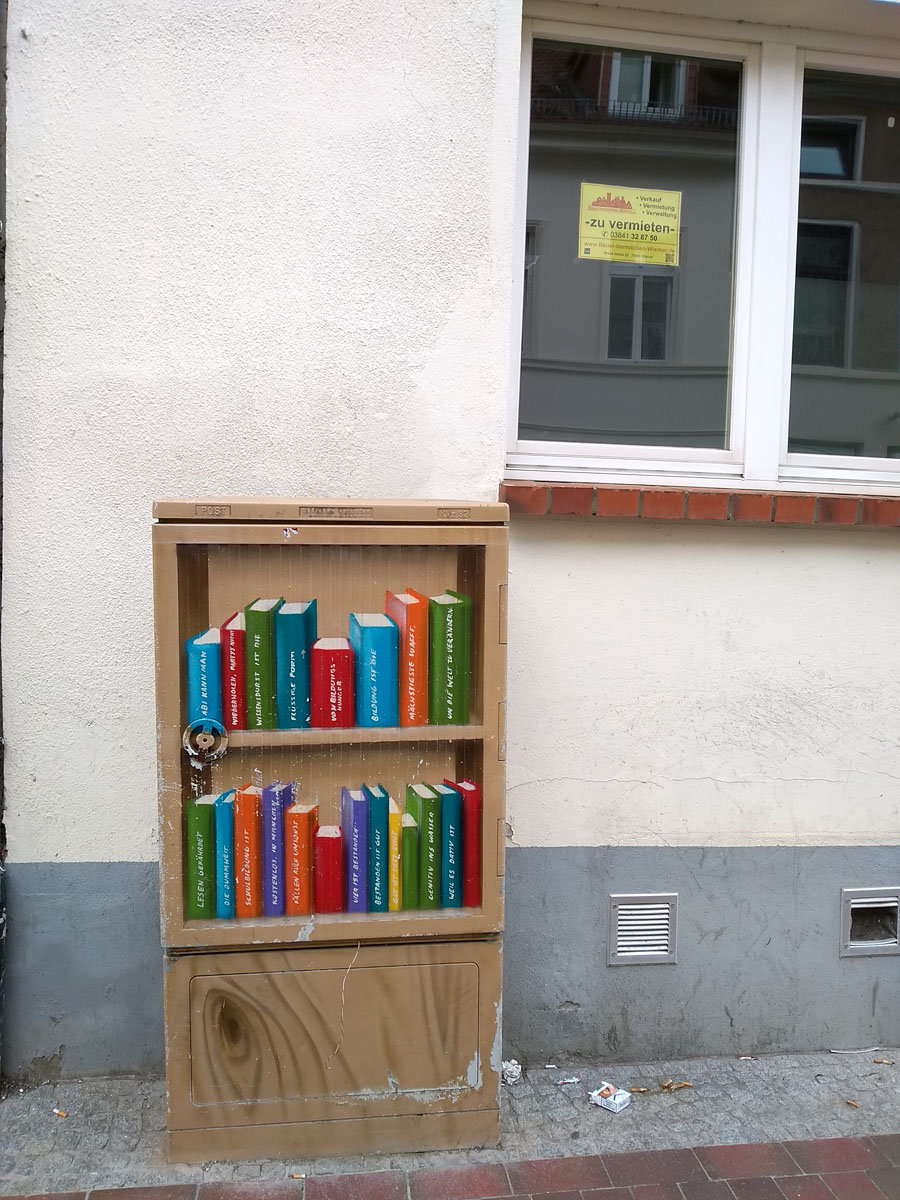 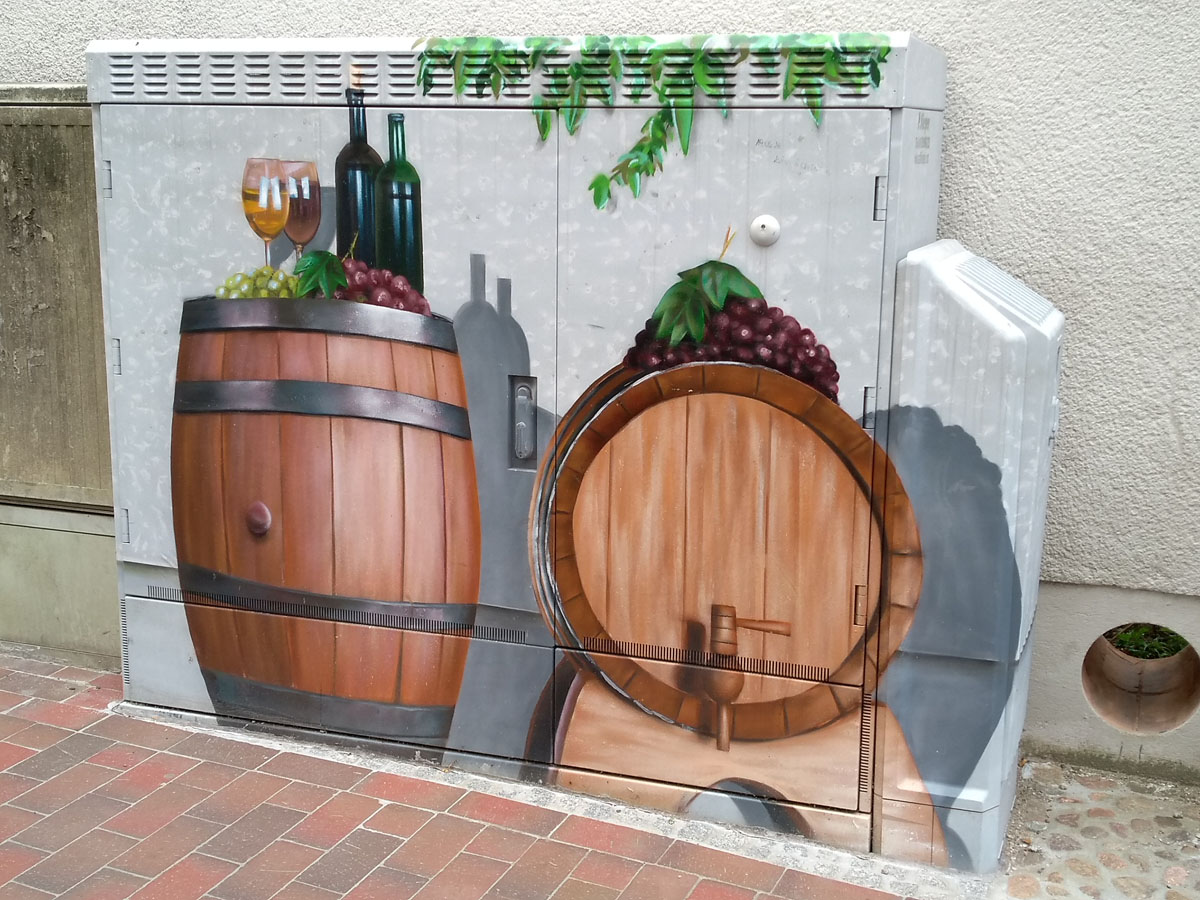 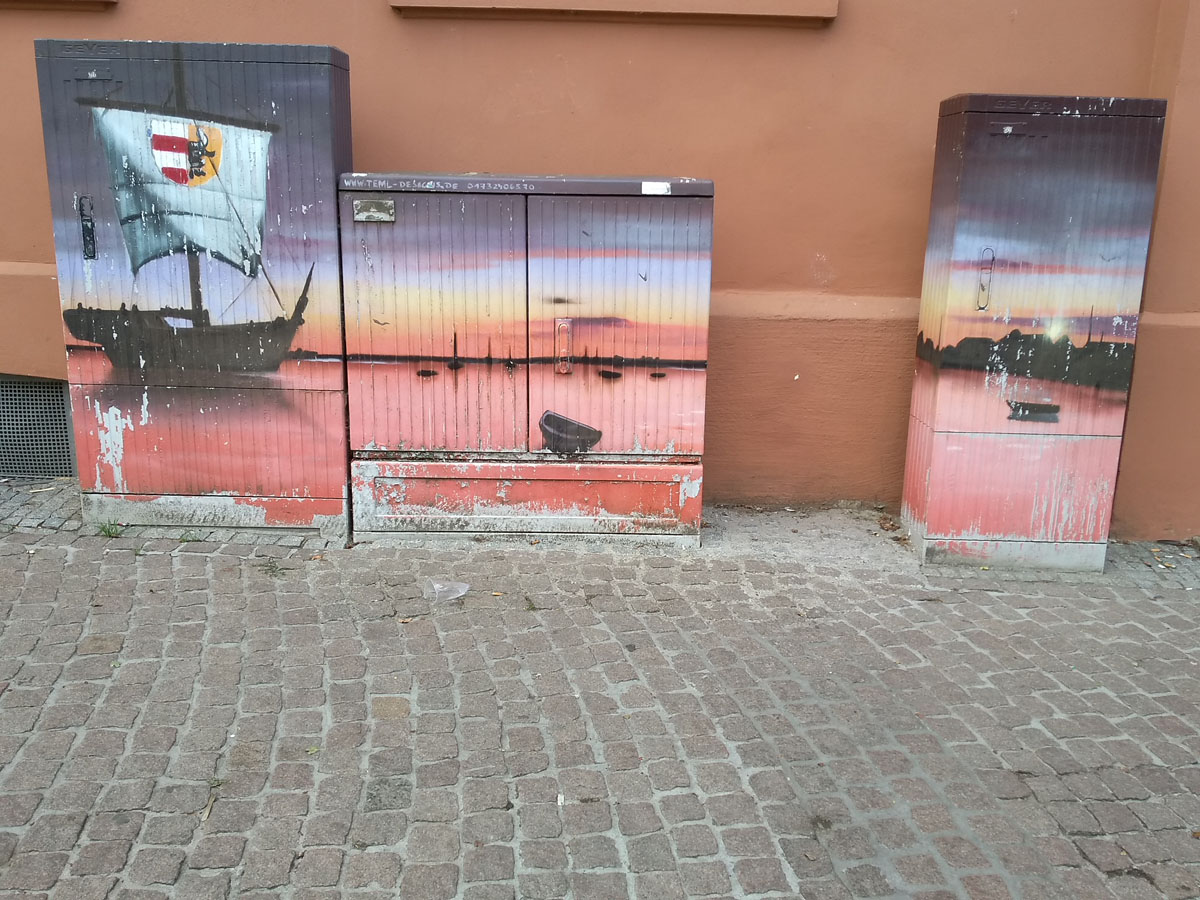 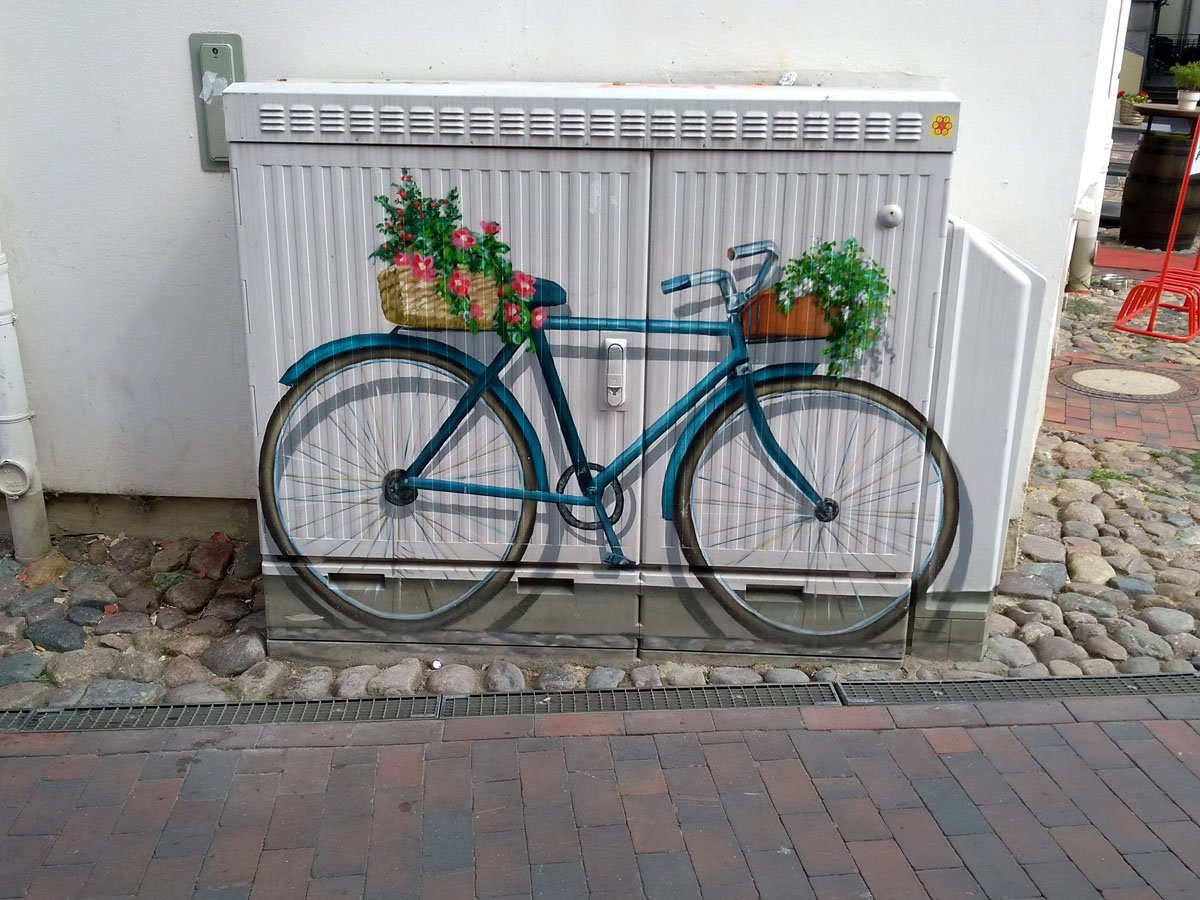