The plan for yesterday was to drive up to Aalborg, stopping at a couple of places along the way which had been recommended by Thomas, the Danish friend of Carol’s friend Julie.

The first of these was an old inn called Hvidsten Kro (kro translates as inn or tavern). Thomas had told us that it’s one of the oldest inns in Denmark, and that it’s has some WWII history, with the owner being executed by the Nazis.

On our way from Aarhus we passed through the town of Randers, and drove past a replica of Elvis Presley’s home Gracelands. 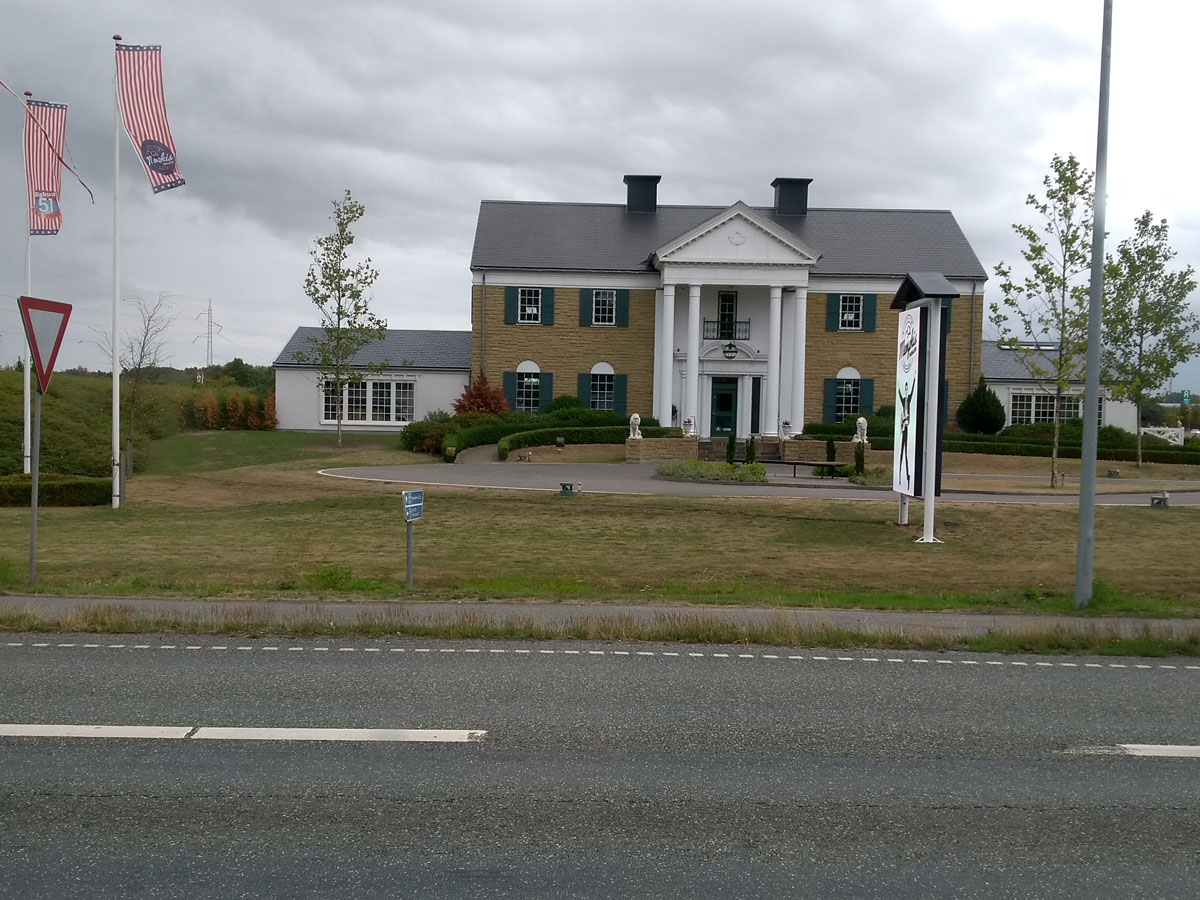 From the information boards outside Hvidsten Kro we learnt that the inn dates back to 1634, moving to its present site in 1790, and it has been run by the same family for five generations. The story goes that the owner when Denmark was occupied by the Nazis was Marius Fiil, who went on to become part of a local Danish Resistance cell. In 1943, the cell received an air drop of six Special Operations Executive staff along with weapons and explosives. Arrangements for the drop at a place codenamed Mustard Point had been made via coded messages broadcasted by the BBC. Resistance activities including further air drops continued, but unfortunately the cell was uncovered, and its eight members were shot in June 1944.

Back to the present day, the white building has a thatched roof and the walls inside are covered with really interesting historical items including a framed cross stitch panel from WWII and ration cards. It was great to have an excellent lunch of smørrebrød, coffee and cake, surrounded by all that history. After lunch we went to see the memorial stone commemorating Marius Fiil and friends, before driving to Mustard Point to see the memorial stone there.

The second stop recommended by Thomas was a village calld Rebild, set in beautiful countryside with a RAF memorial commemorating the 69 airmen who lost their lives whilst dropping supplies to the Danish Resistance (in all, 6,500 containers were dropped in 415 sorties).

Rebild is a pretty village set deep in a forest. Surprisingly the car park was almost full, but we managed to find a space big enough for the van, and we quickly found the modest memorial walking with our brollies up.

We then went for a walk up the small hill to see what was going on, as there were lots of people milling about. At the top we found ourselves in the interval of a classical and opera music concert, with a huge stage full of instruments, and an audience of at least 1,000 people sitting around picnic tables on deckchairs, sheltering under umbrellas and wearing pacamacs (which would explain the busy car park). We stayed there for the first three pieces of the second half and, whilst opera isn’t quite our thing, we enjoyed the randomness of watching a large professional orchestra and choir performing in the middle of nowhere.

From Rebild it was a short distance to the campsite at Aalborg. We had a really enjoyable day thanks to the top tips from Thomas.

This morning we took the bus into Aalborg, Denmark’s third largest (and fastest growing) city. It’s a historic town with lots of old buildings in the city centre, many of them timber. It’s a university town, so it has quite a studenty feel. 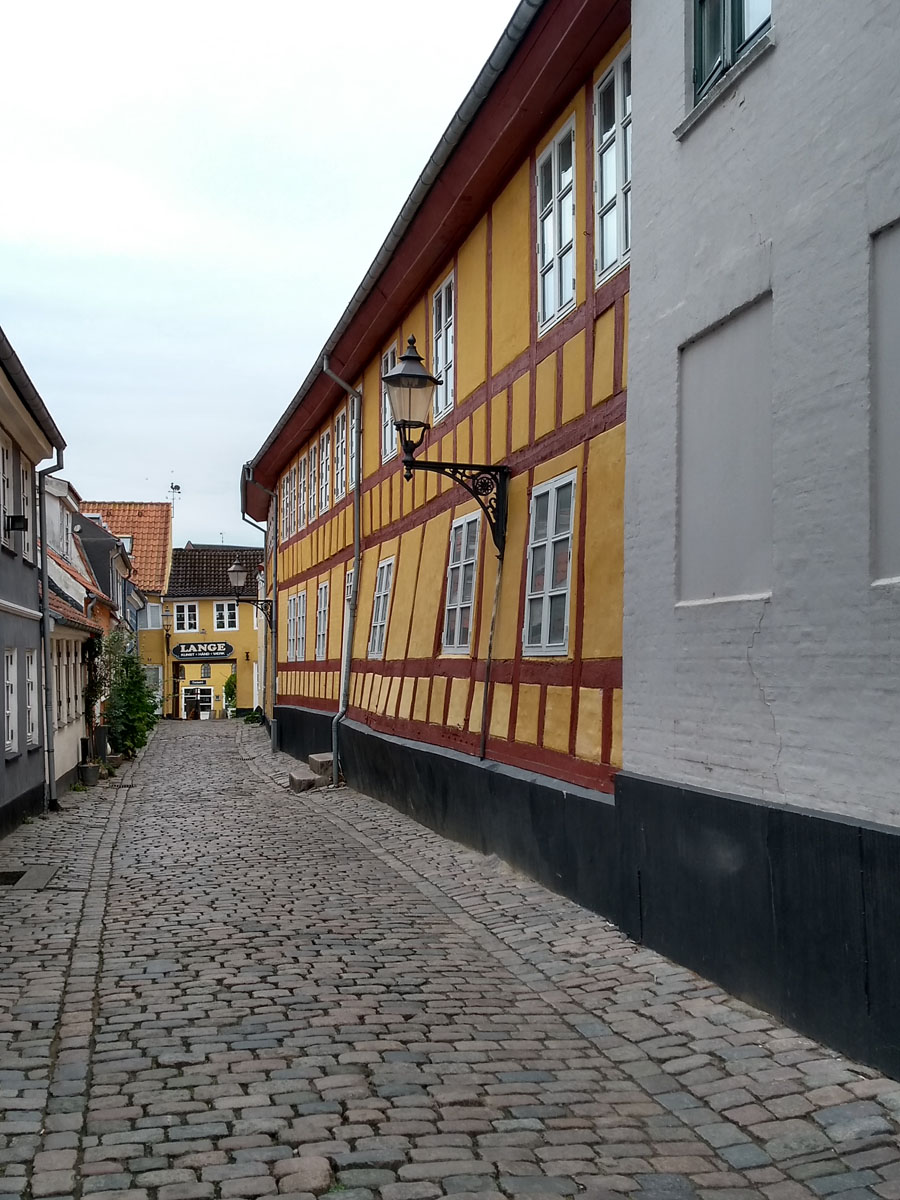 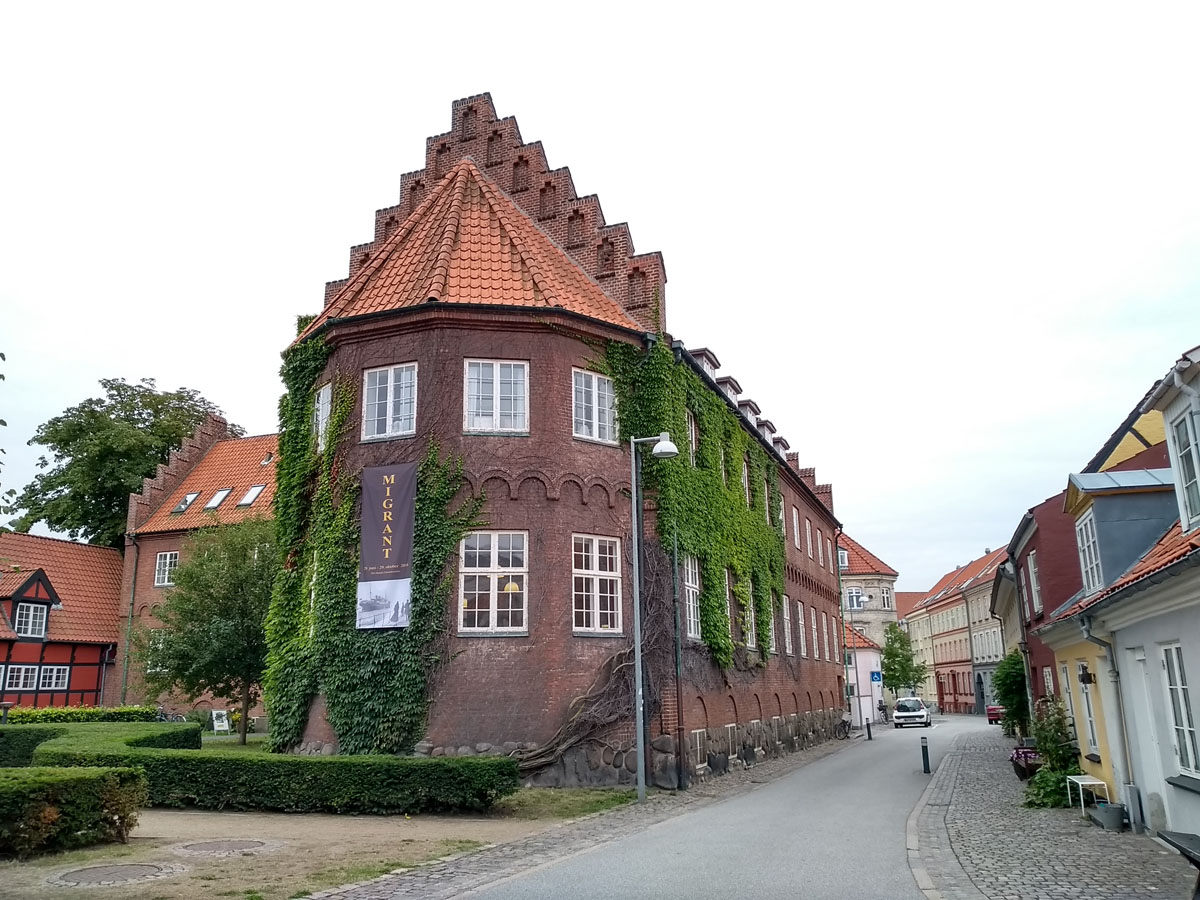 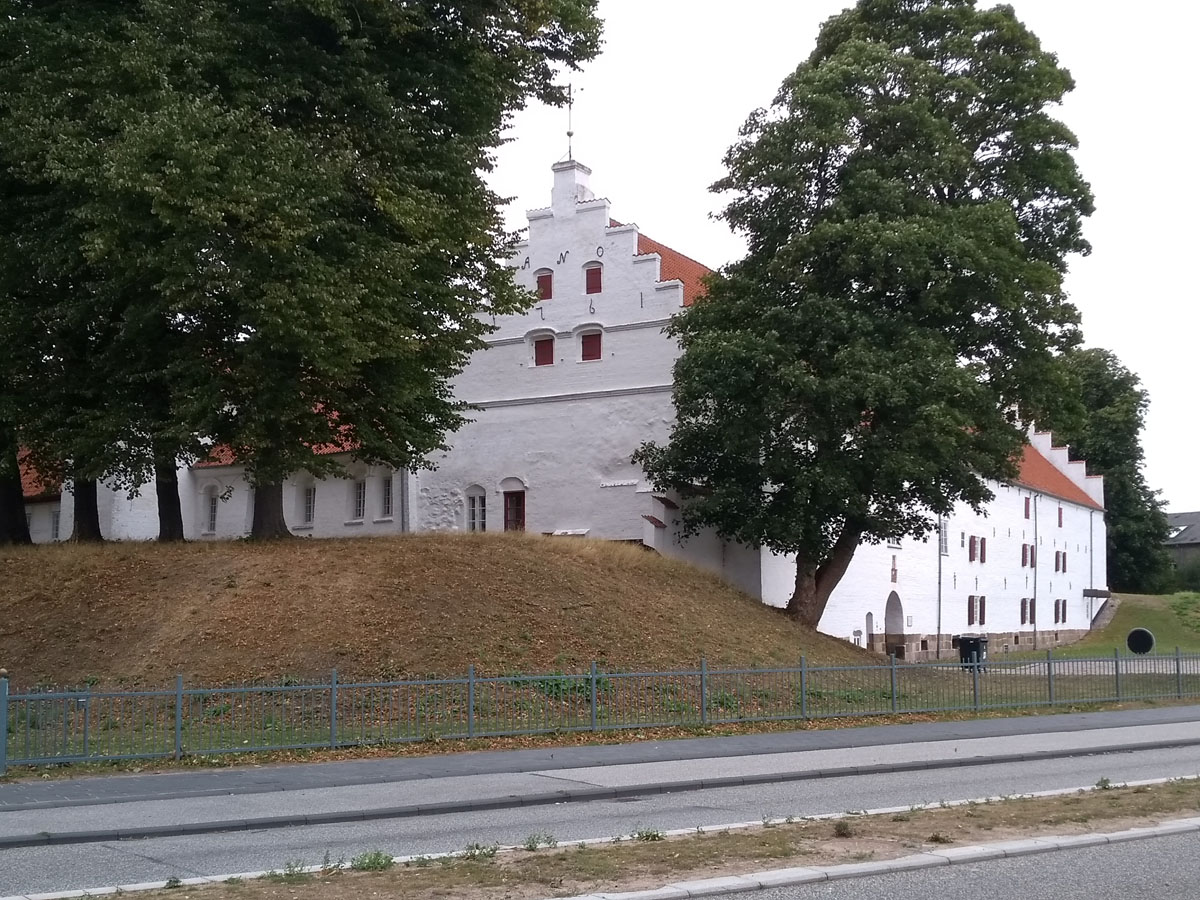 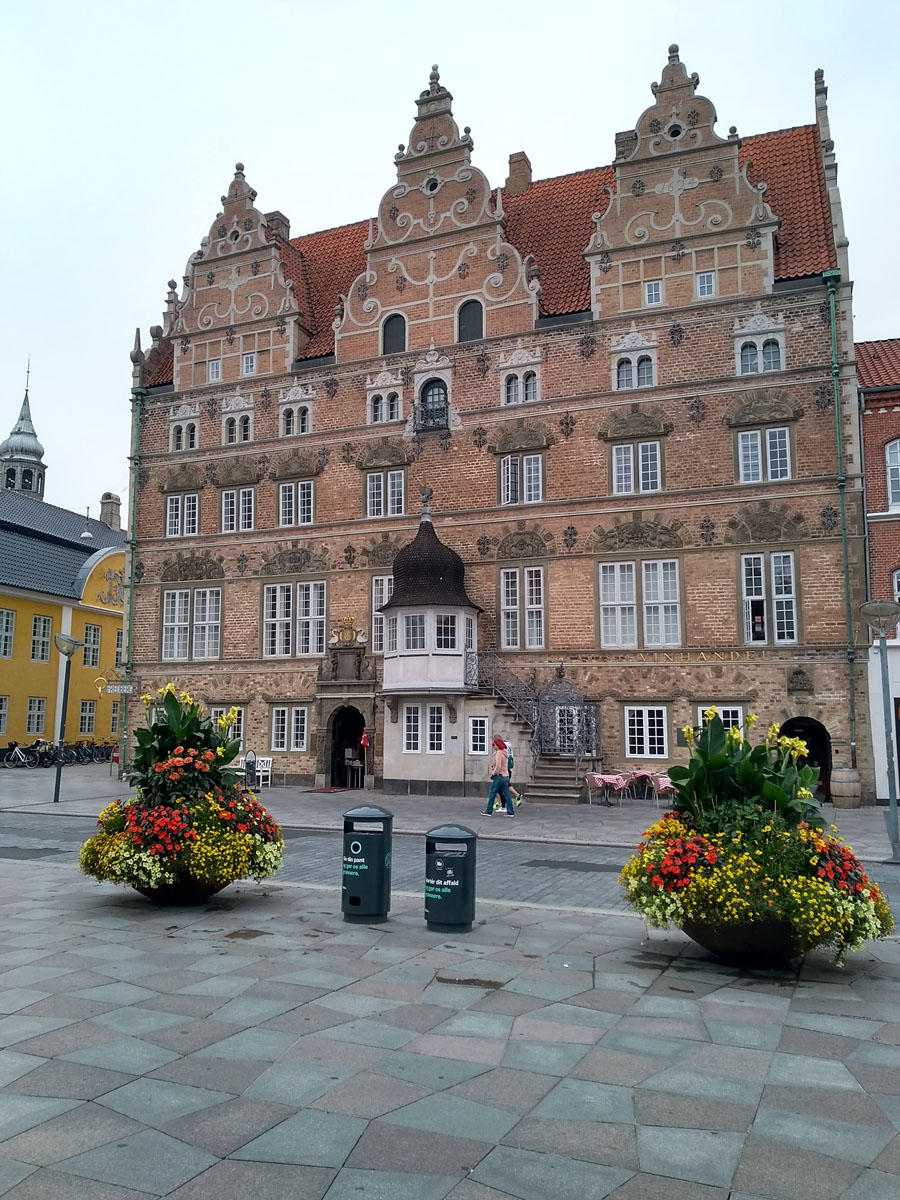 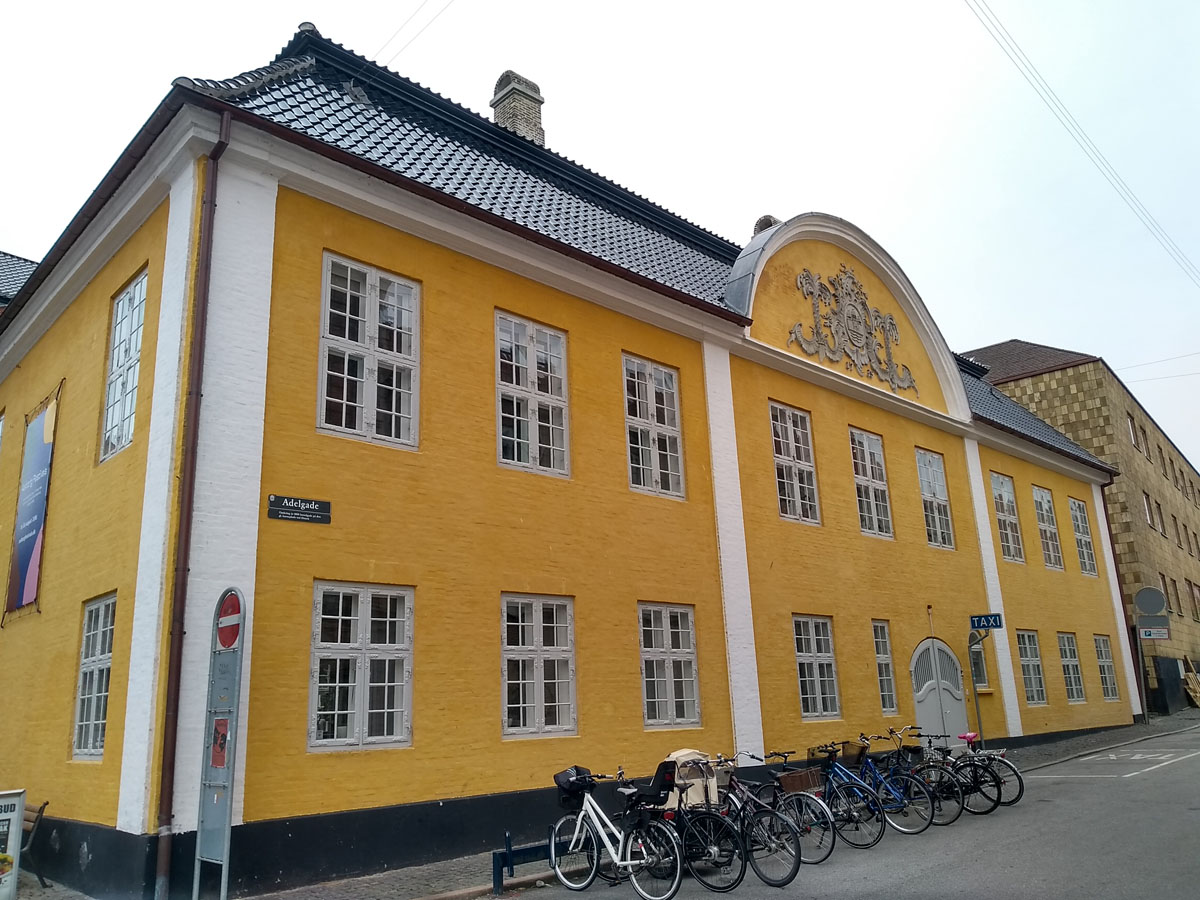 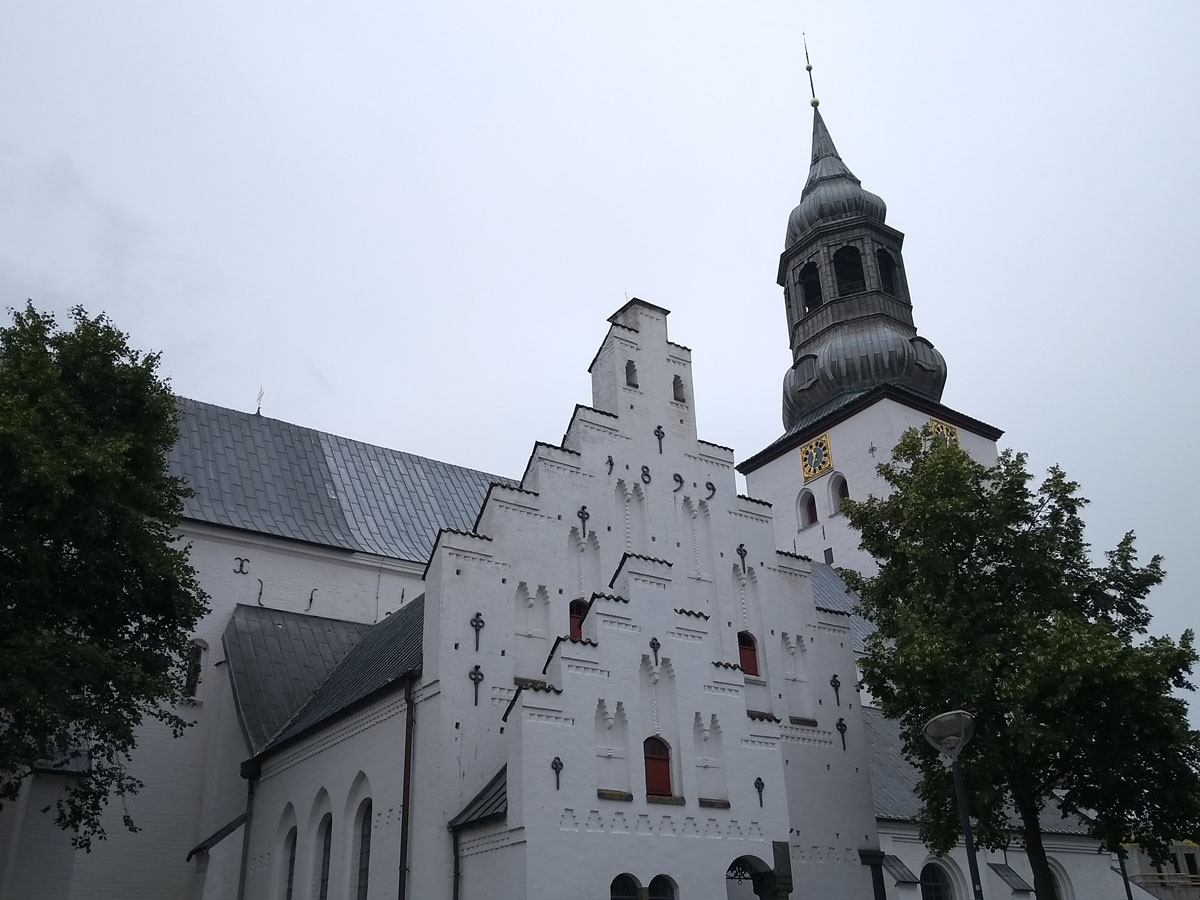 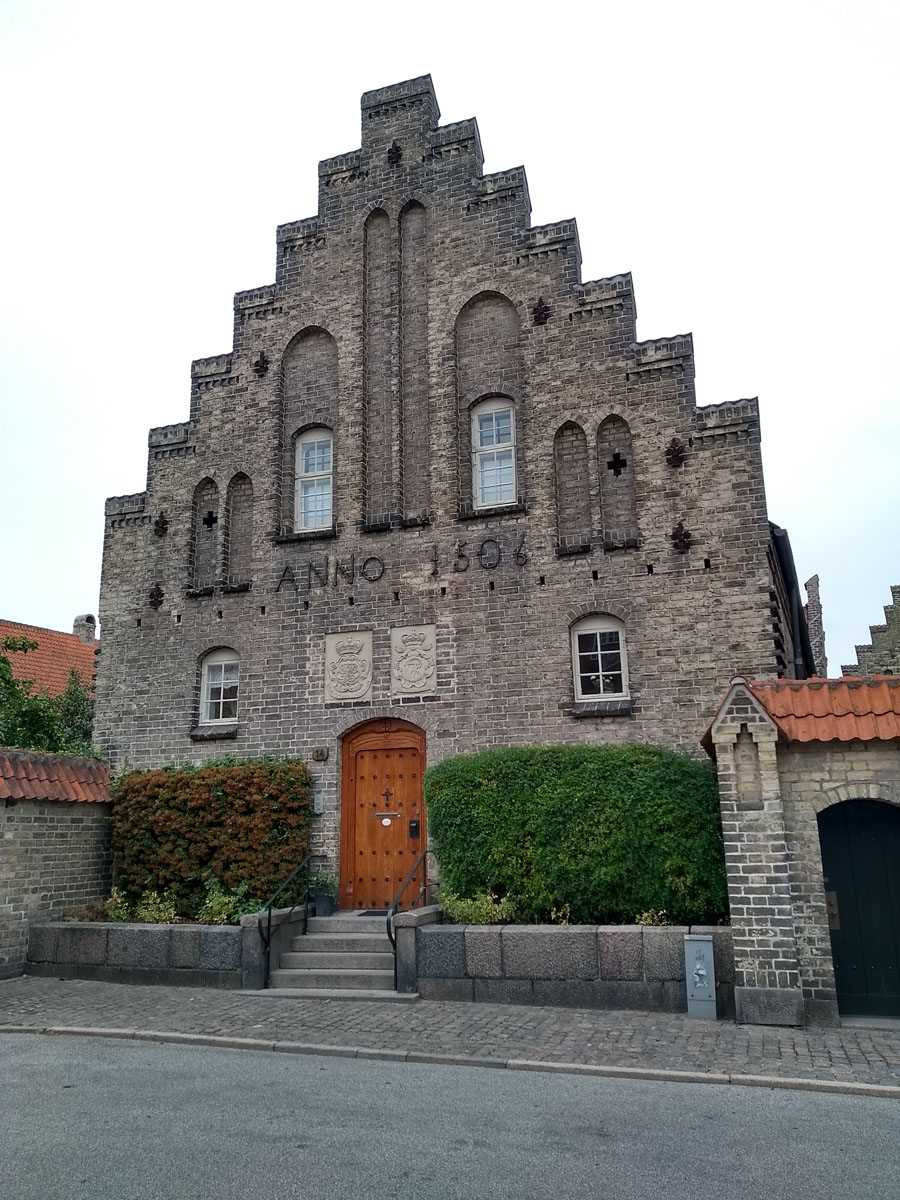 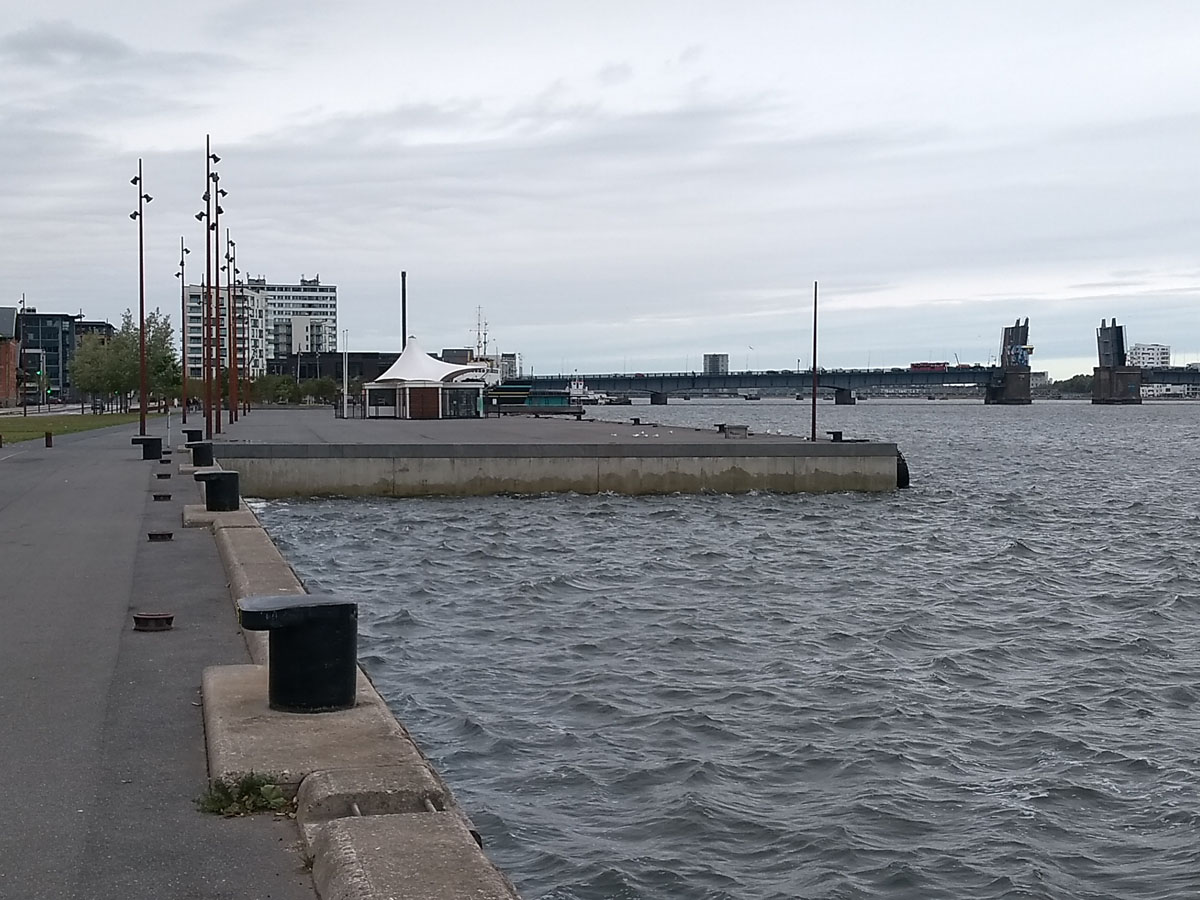 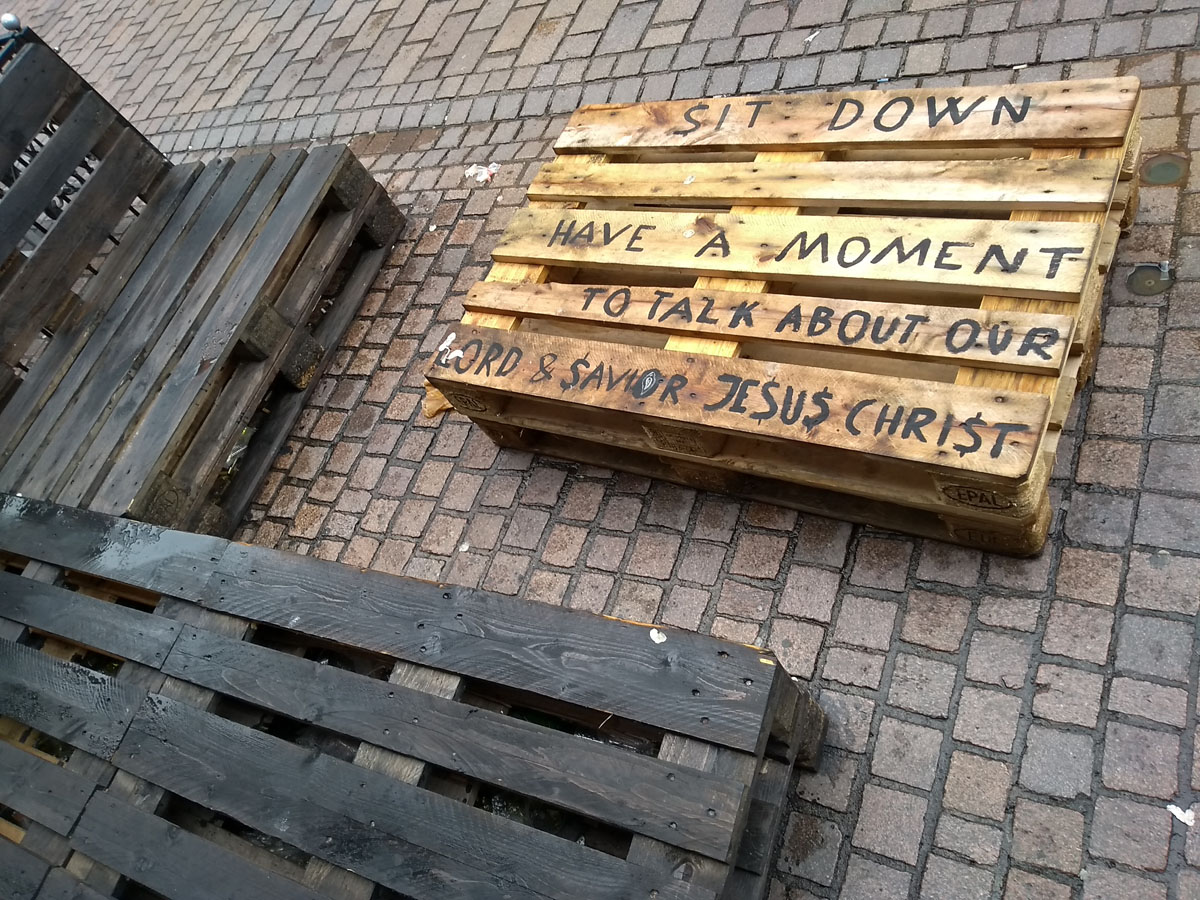 Whilst it’s pretty to look at, there isn’t a huge amount to do once you’ve finished strolling around apart from eating and shopping – and as we don’t like shopping we had to focus on eating. The Penny Lane café was by far the best one in town, with a bakery on the premises making a huge range of bread and pastries; their coffee tasted great too. It was so good that we returned there for lunch.

There’s also a lot of street art in Aalborg, with some 50 pieces spread across the city. Here are some of the ones that we saw. 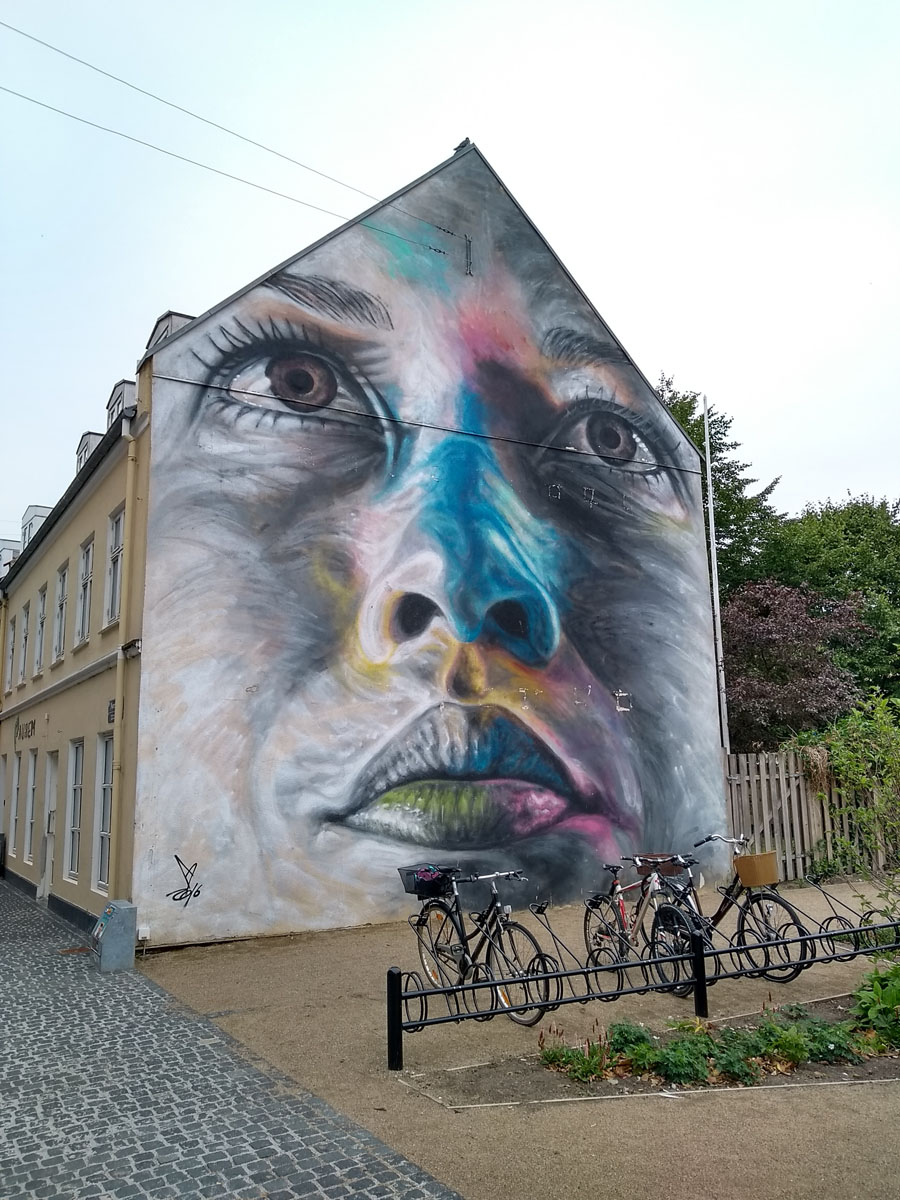 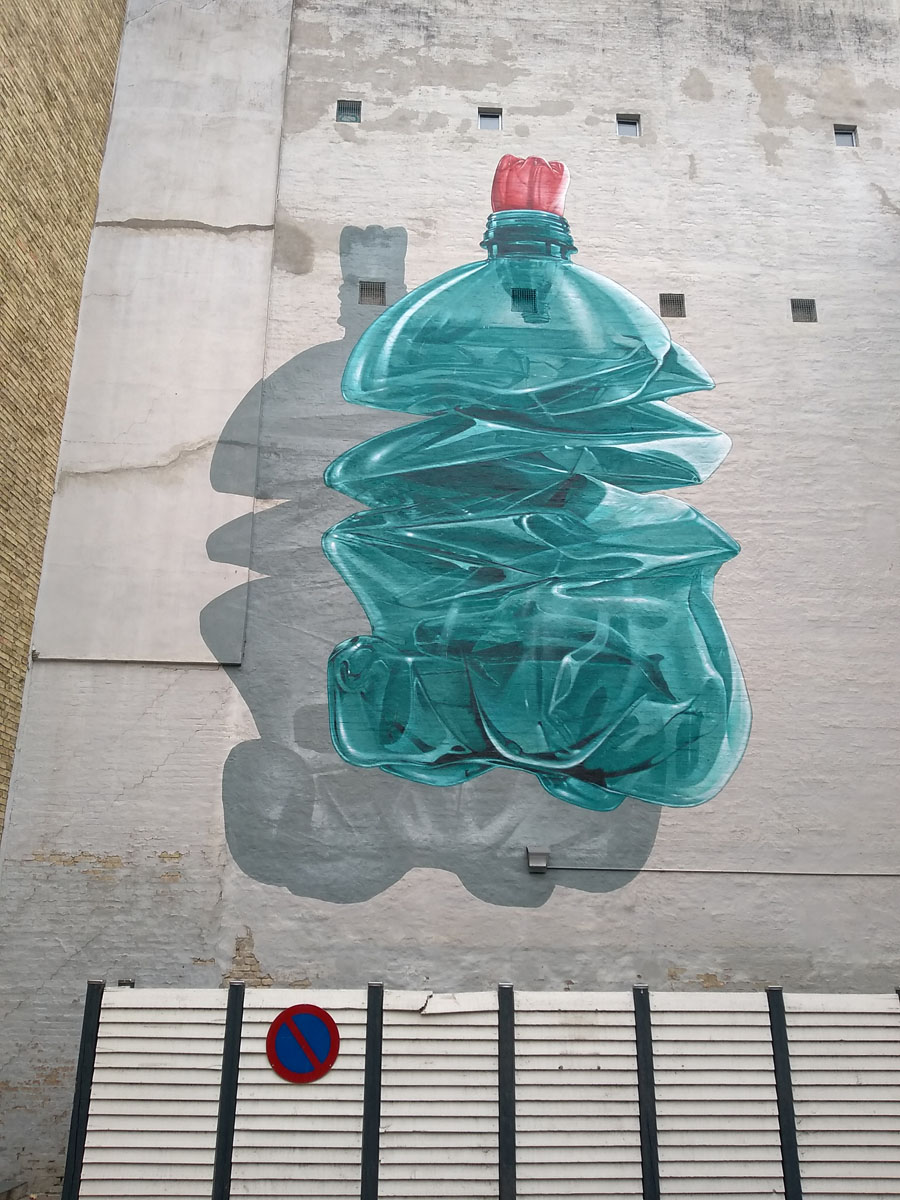 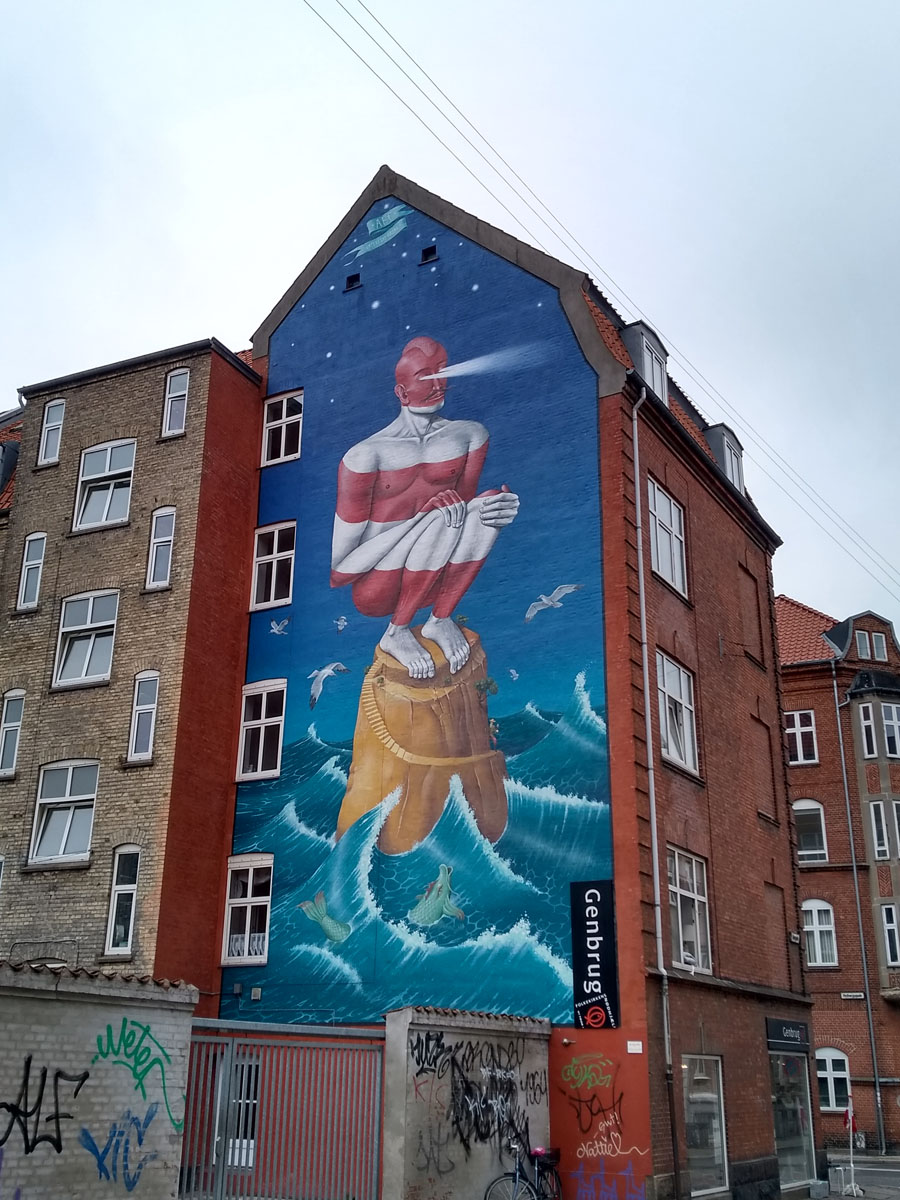 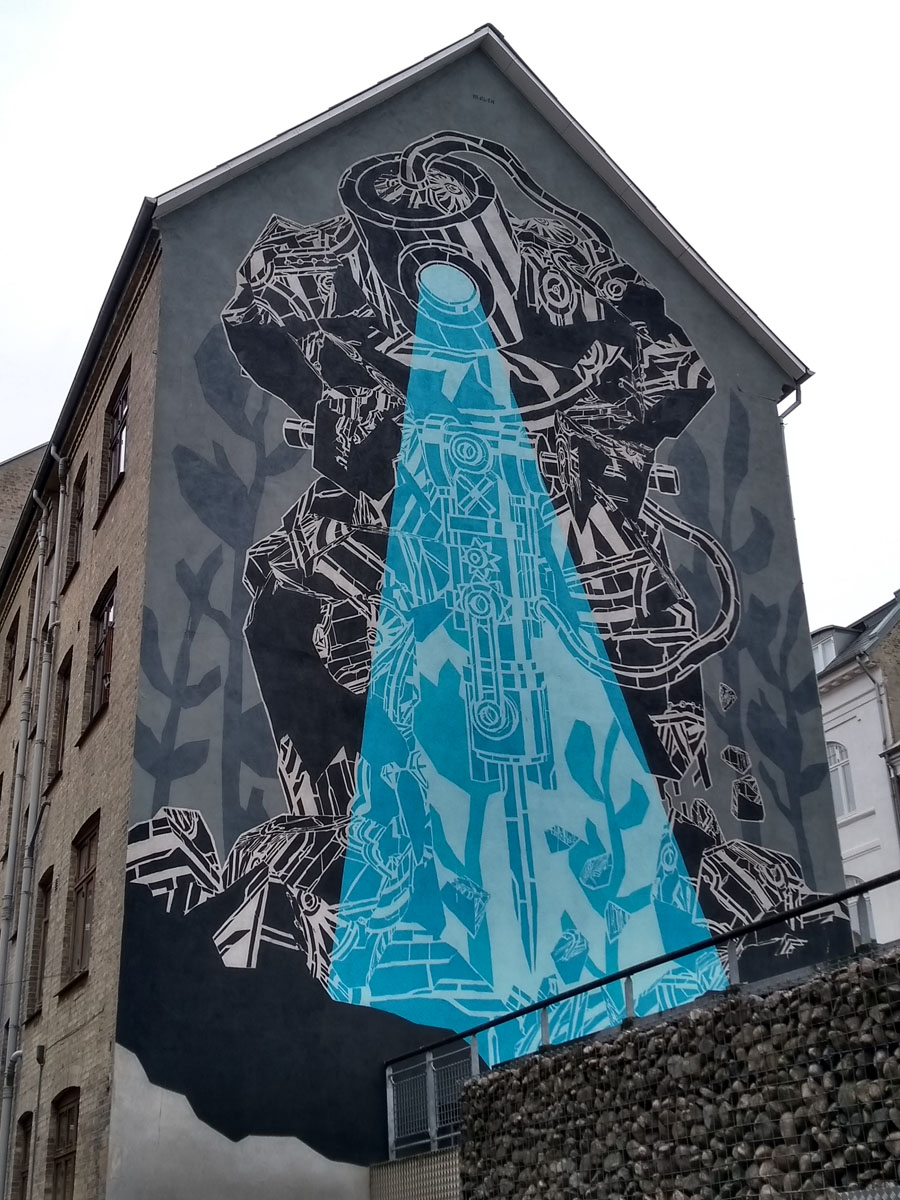 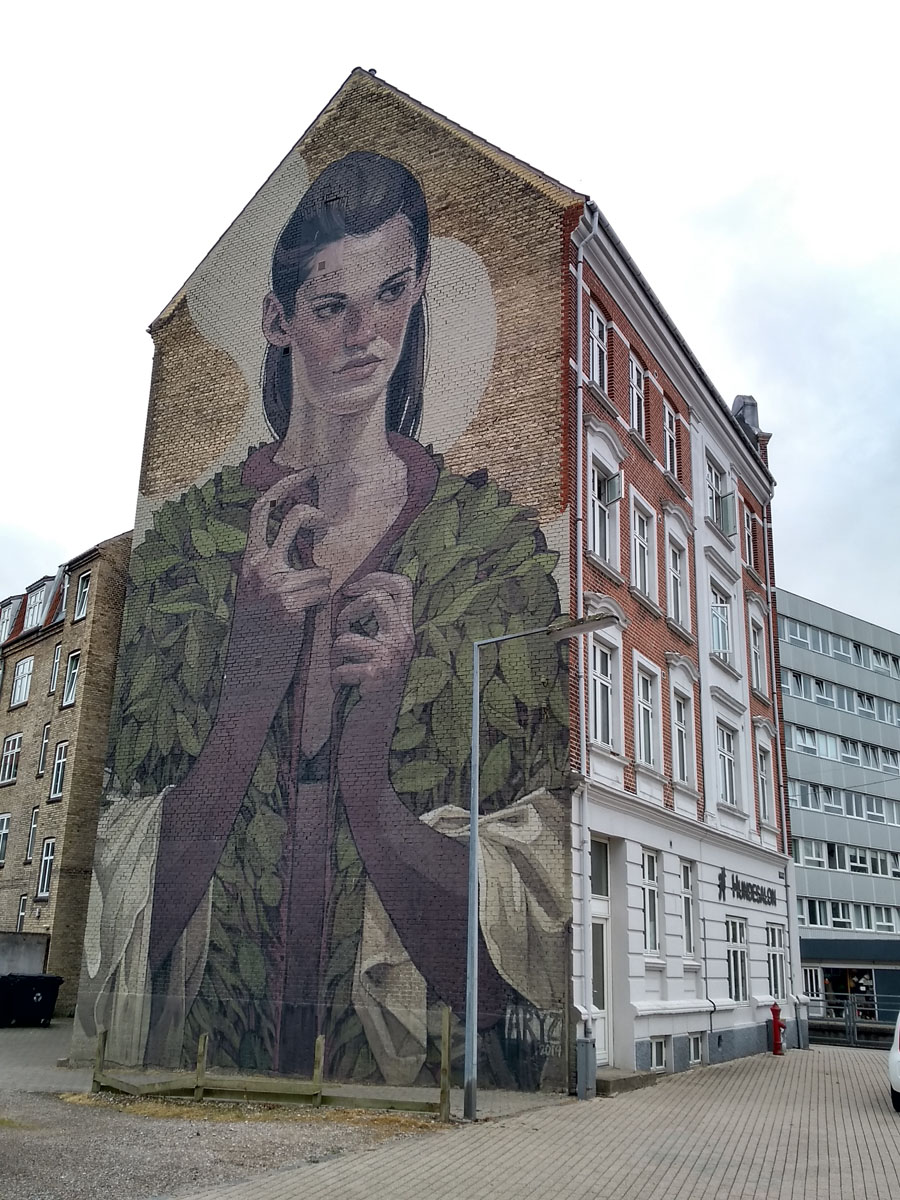 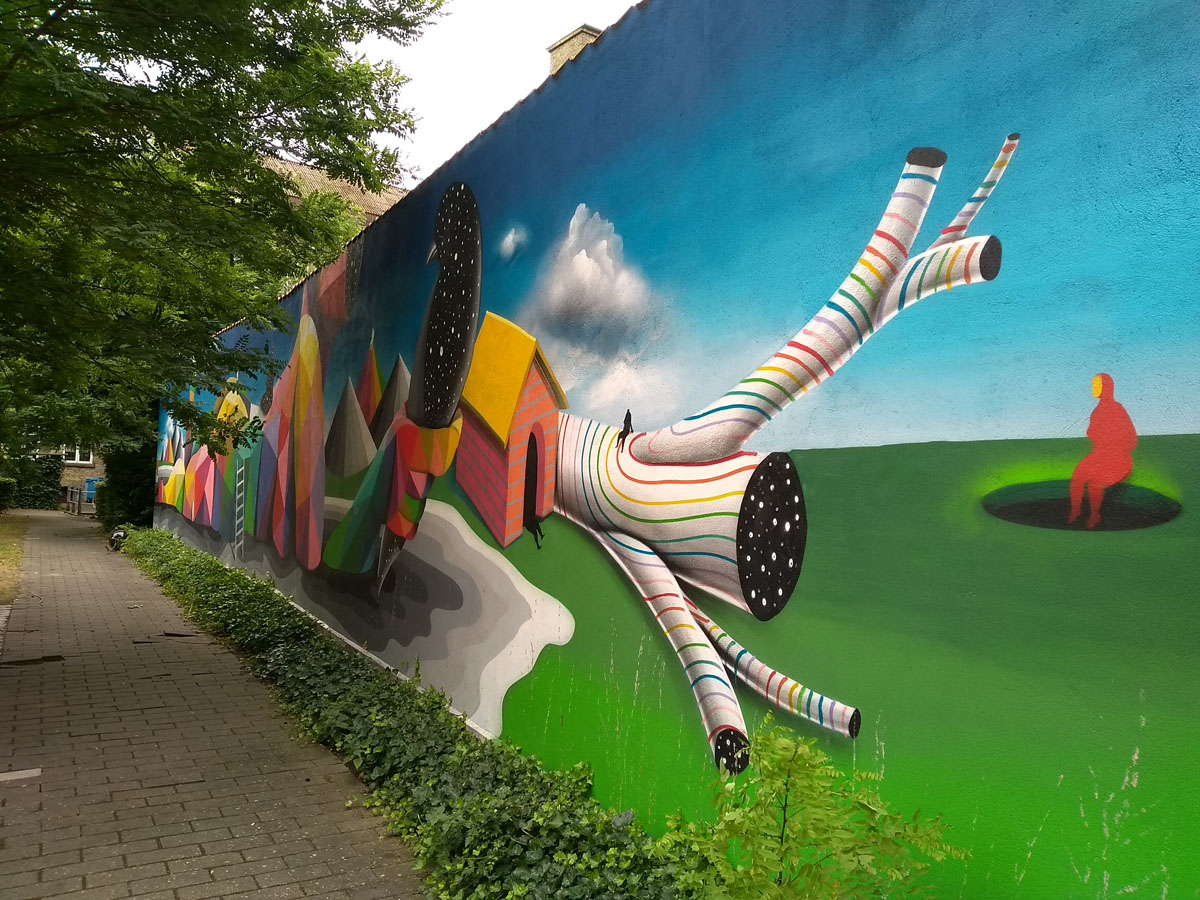 Tomorrow we will be making our way to Skagen, which is the most northerly town in Denmark.