On our drive from Odense to Aarhus we stopped off about half way at a town called Jelling (pronounced Yelling!). Jelling is the place which the Danes consider to be the birthplace of their country.

Back in 965 AD King Harald Bluetooth converted to Christianity, and there’s a rune stone which declares that Harald had conquered Denmark and Norway, and brought Christianity to the Danes. The runes state “King Harald ordered this monument made in memory of Gorm, his father, and in memory of Thyrvé, his mother; that Harald who won for himself all of Denmark and Norway and made the Danes Christian.” The rune stone is considered Denmark’s baptism certificate, and the figure of Christ inscribed on the stone is also featured in all Danish passports. It’s another UNESCO site, and there’s a great (and free) museum which tells the story of Harald Bluetooth, where you can see the rune stones and more.

There’s another amazing fact which is told at the museum. In the late 1990’s, Intel engineer Jim Kardach was working on a wireless system to connect mobile phones with laptops. At the time he was reading a novel about the Vikings and Harald Bluetooth, which inspired him to name the new technology Bluetooth. Furthermore, the symbol for Bluetooth – the one you see at the top of your mobile phone screen – is derived from the runes for H and B.

Continuing our journey we arrived at Aarhus – stopping first to buy a new pillow at IKEA – and checked into the campsite a few kilometres outside the city centre. Not long after parking up, another British van arrived – the first we’d encountered since Bergen – so we introduced ourselves and had an enjoyable time chatting over drinks with a lovely couple from Sheffield.

Aarhus is Denmark’s second largest city, and one of the main attractions is the ARoS art museum. Neither of us are particularly arty types, but it did sound interesting after reading up on it and so we went along, getting there for opening time. The museum has a distinctive rainbow panorama on the roof, which you can walk along inside to get a view over the whole city in every shade of the rainbow. 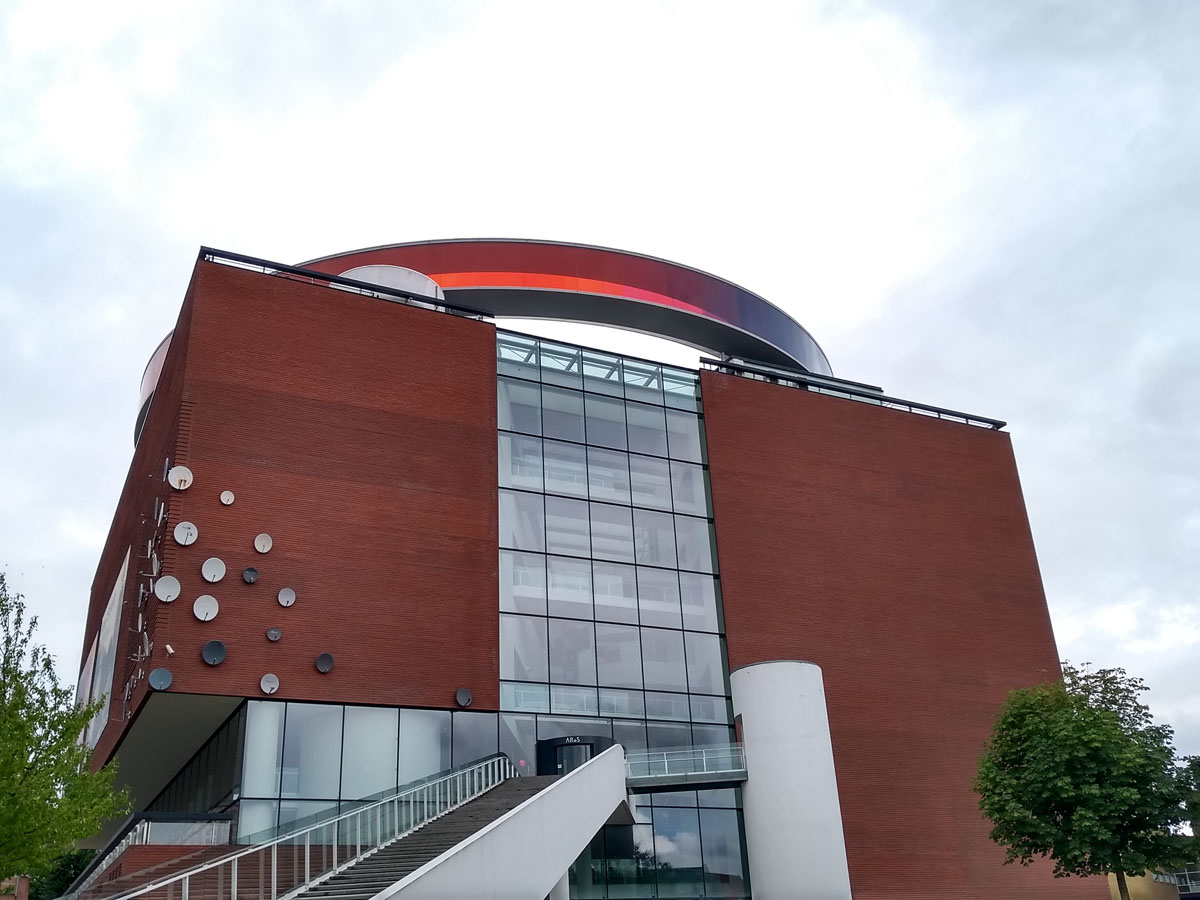 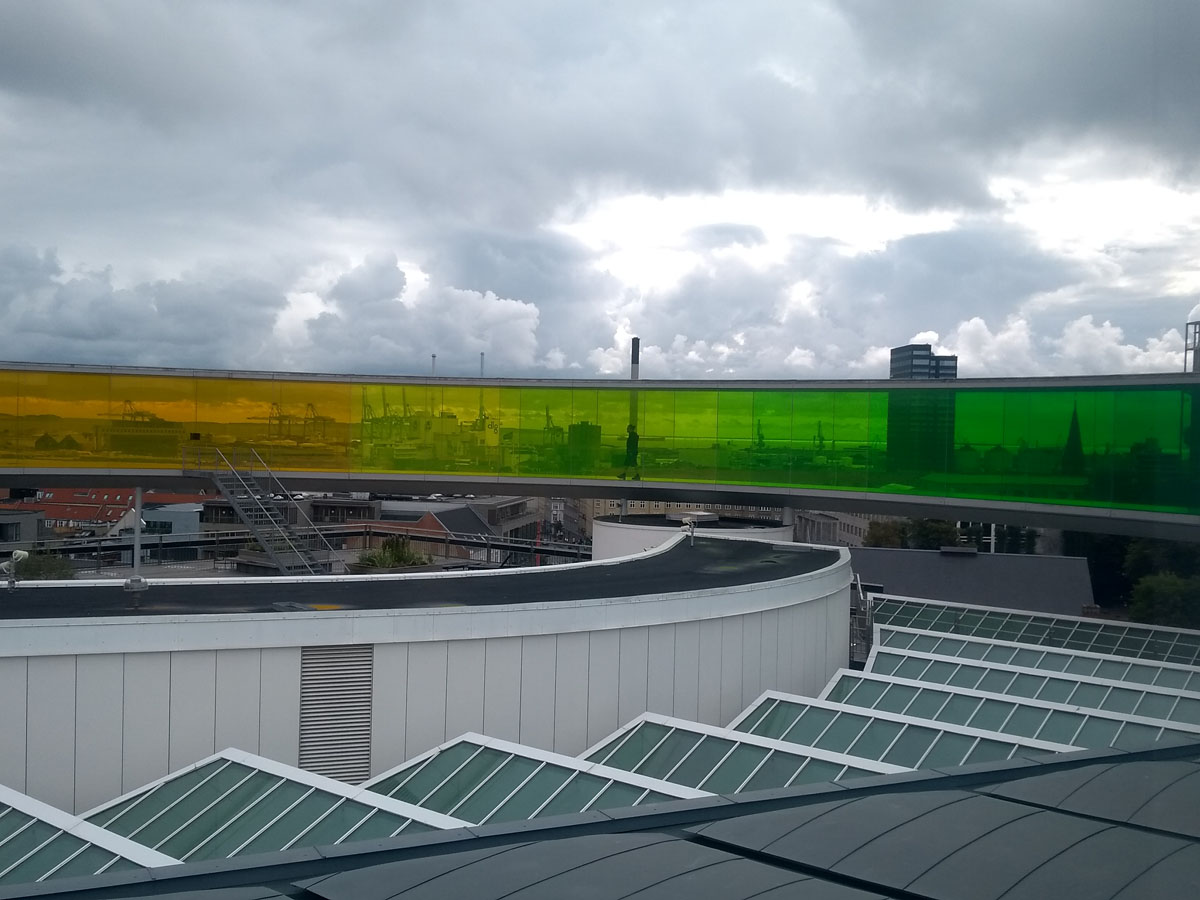 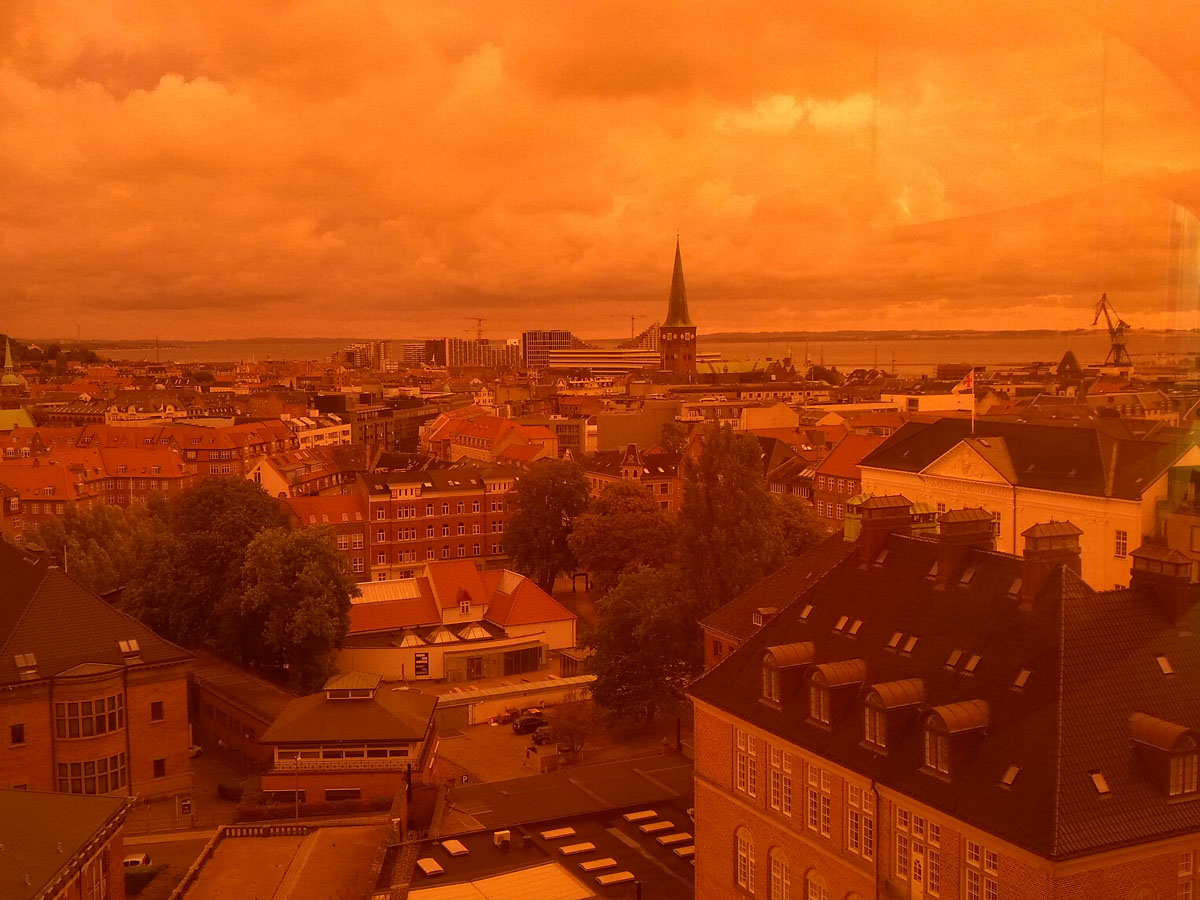 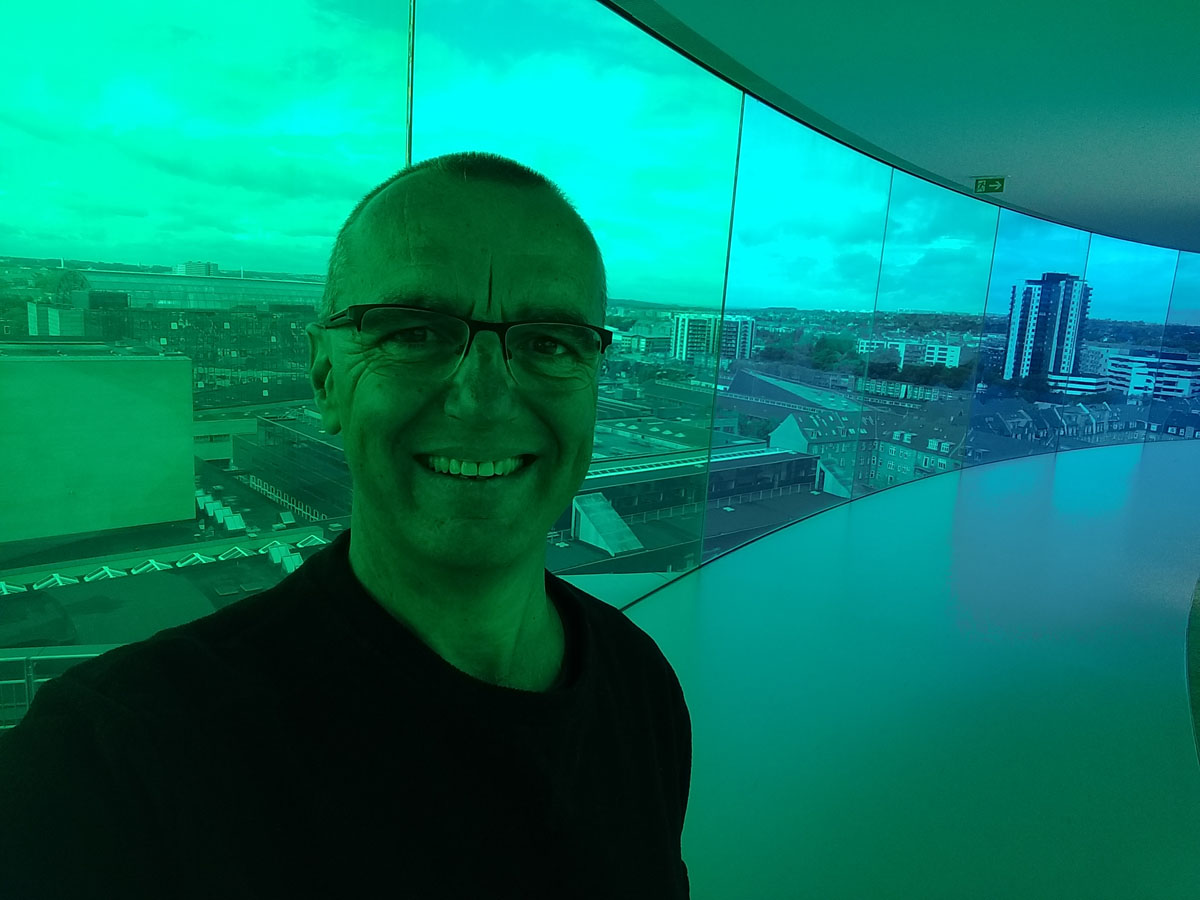 Inside the museum itself, there was loads to see and we ended up spending around four hours in there. Here are some of the highlights:

After leaving ARoS we went for a mooch around the town. With no signs for the tourist information office, we wandered around not knowing where we were going. The heatwave looks to be over now (yippee!!) and it rained on and off for the rest of the afternoon, but we had our brollies with us. We eventually came across a mobile tourist information place, and the lady told us that the world sailing championships were underway, and that the Crown Prince would shortly be presenting the prizes. We made it as far as the quayside, but then the heavens opened forcing us to take refuge in the massive library there (which is also where the main tourist information office is located, though not signposted).

We gave up on seeing the award ceremony when there was a pause in the rain, and headed back into the town to walk around the Latin Quarter. After a drink in one of the bars there – to shelter from another downpour – we walked over to the street food market for some dinner. Though a little smaller than the one in Odense, there was still plenty of food to choose from. We both went for the spare ribs from a Carribean food stall, which were very good.

Tomorrow we will leave Denmark’s second largest city and head north to the fourth largest, Aalborg.