There are only two road tolls in Denmark which, when combined, cost more than 18 months vehicle excise duty in the UK. We’d already driven across the Øresund bridge to cross from Sweden to Denmark and, as it’s the only road crossing between the islands of Zealand and Funen, we now had to cross the Storebaelt toll. Fortunately for us, the lady in the toll booth assumed that our van weighed below 3.5 tonnes and only charged us 365 DKK (€49), when we should have paid 610 DKK (€81).

There are only four LPG stations in the whole of Denmark (though that’s four more than Finland!) and, as one of these is in Odense, we stopped to fill up with gas on our way to the campsite.

After being given a warm welcome at the campsite, we were allocated a pitch close the lake. Having walked some 40 miles over four days in Copenhagen, we decided that we’d have a couple of days downtime at the campsite to give our legs a rest, catch up on some reading and do some trip planning. If you’re planning on visiting Denmark, I would recommend reading the two books on Denmark on our reading list, which are both excellent. We have now planned our route through the rest of Denmark, with help from Carol’s friend Julie, and Julie’s Danish friend Thomas. Our Dutch neighbours at the campsite also kindly wrote us a list of recommended places to visit in Holland – so many places to see!

This morning we caught the bus from the campsite and 20 minutes later we were in the centre of Odense. The city’s claim to fame is that it’s where (arguably) Denmark’s most famous person, Hans Christian Anderson, was born and raised, and both the house where he was born and the house where he grew up have been preserved. There’s also a museum, and loads of street sculptures spread around the city relating to many of his fairy tales.

We’d read that there are also two street food markets in Odense, so we called in at Storms Parkhus, the nearest one to the bus station, for a coffee and to check the place out. It’s a great place with lots of different food from all over. The coffee at Nellie’s was also really good. After a quick stroll around town, we checked out the other street food market which wasn’t all that, so we ended up having a smørrebrød lunch at a lovely café called Kong Volmer.

We continued mooching around town in the afternoon, before returning to Storms Parkhus for dinner. It was difficult to decide what to have for dinner with so much choice, but in the end we both went for Thai curries as we haven’t had one since leaving the UK, and we weren’t disappointed – it was superb. 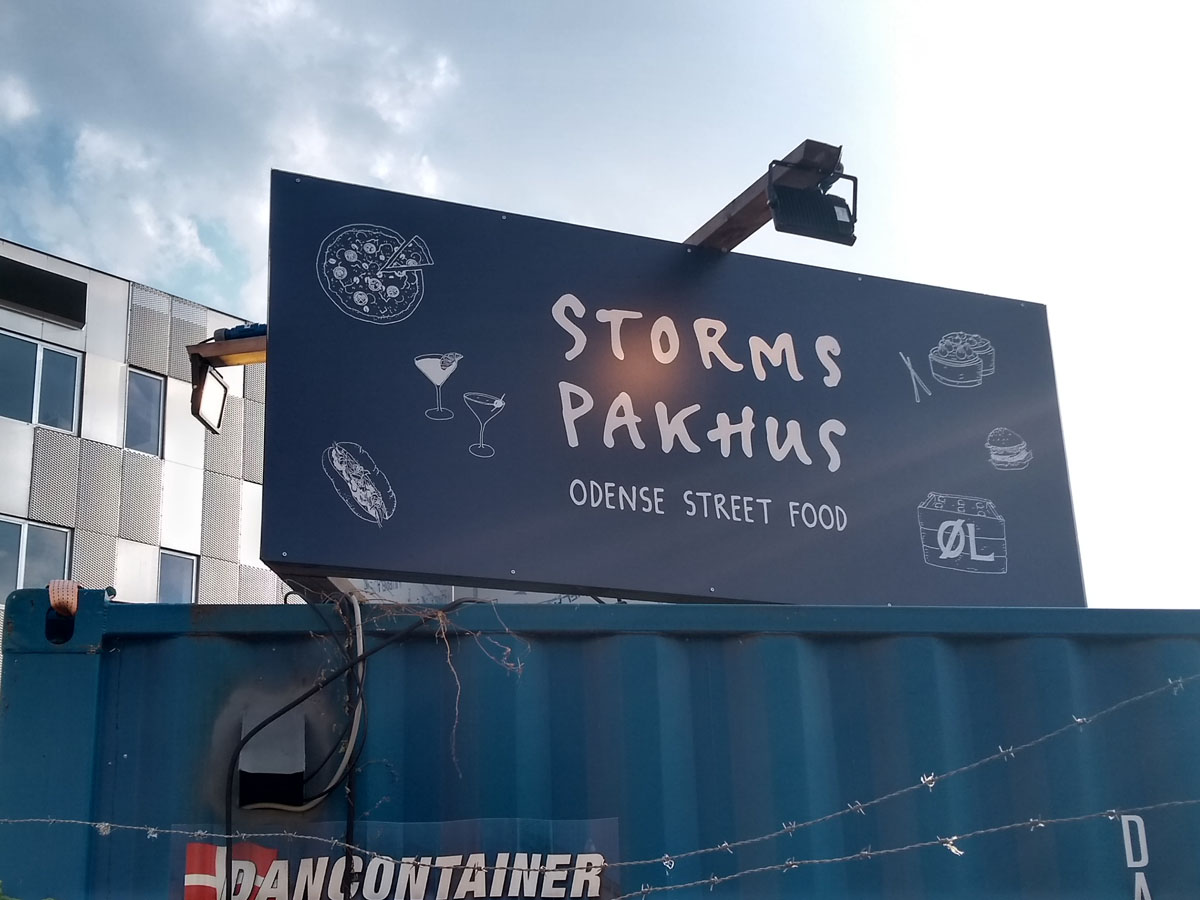 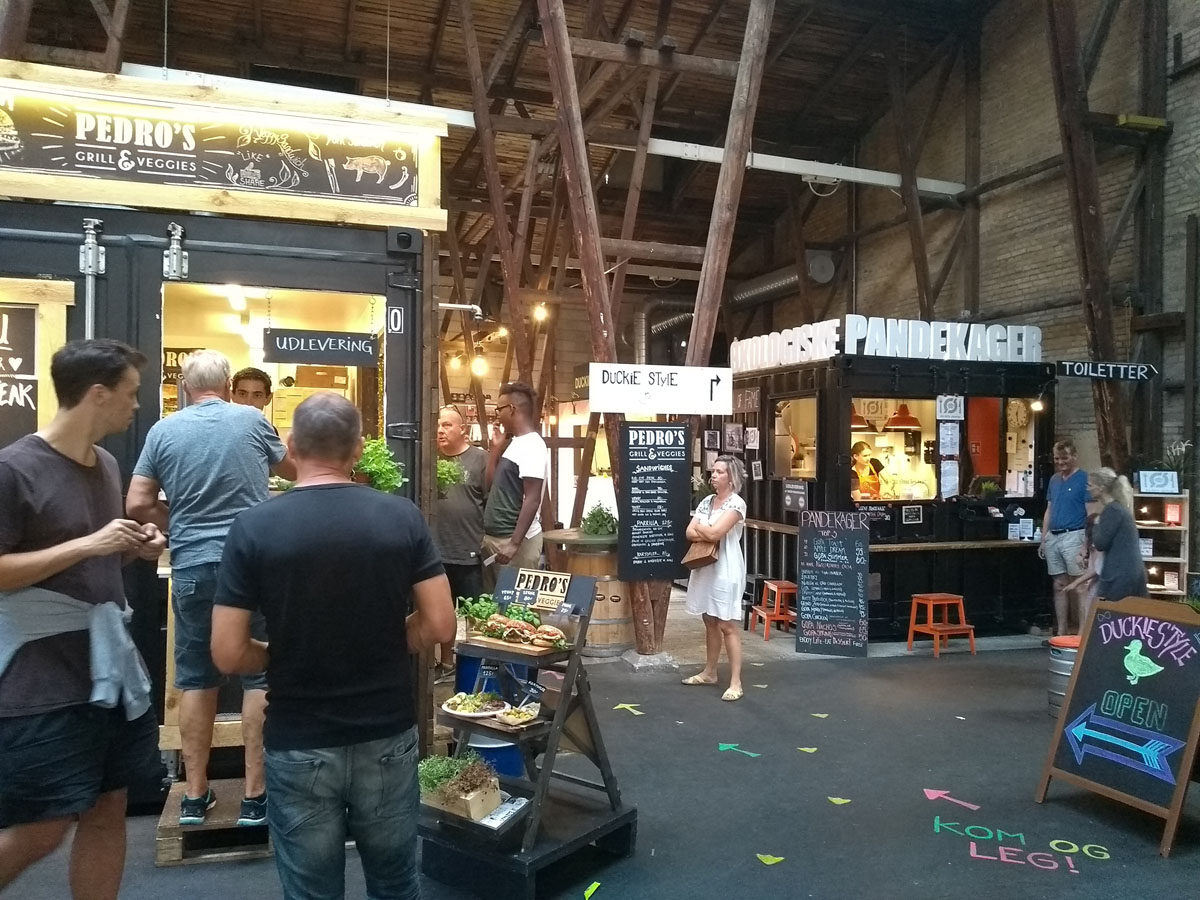 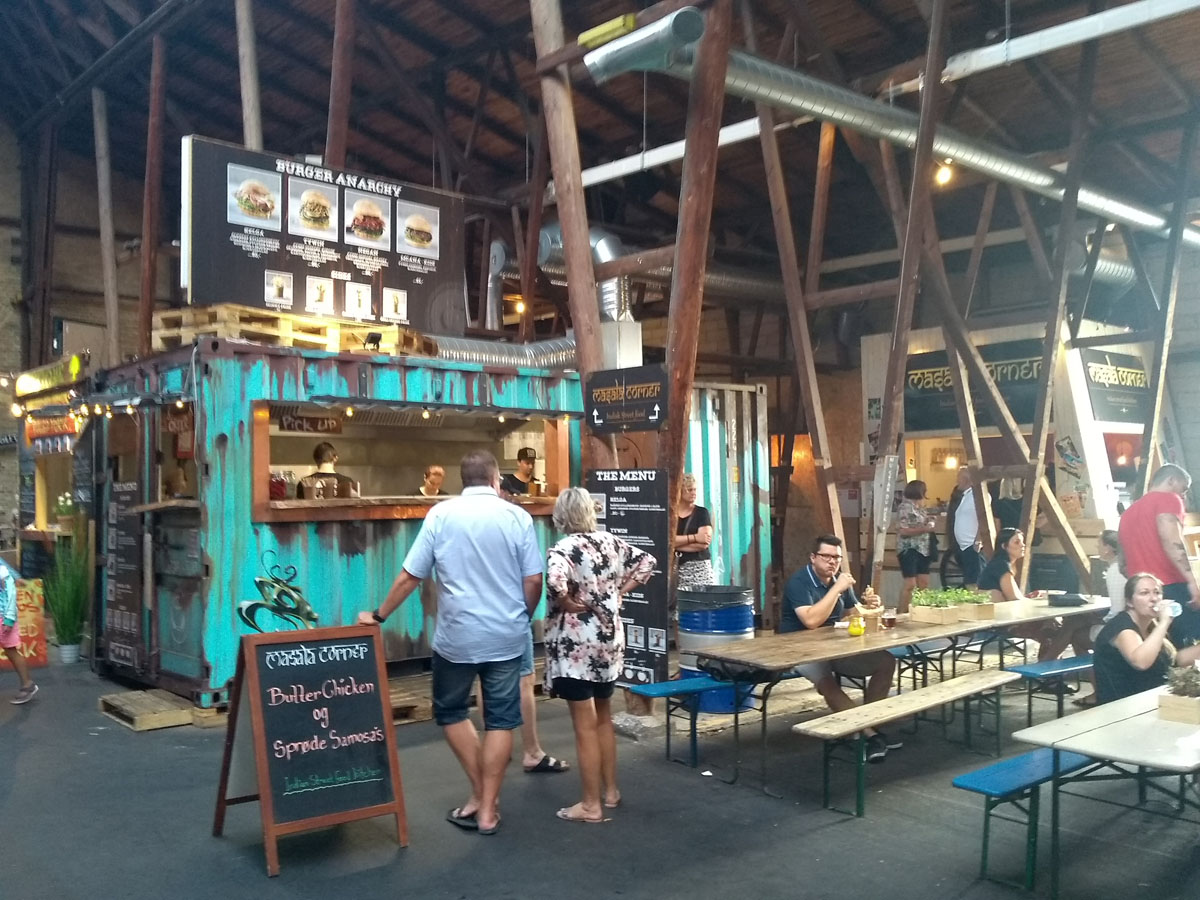 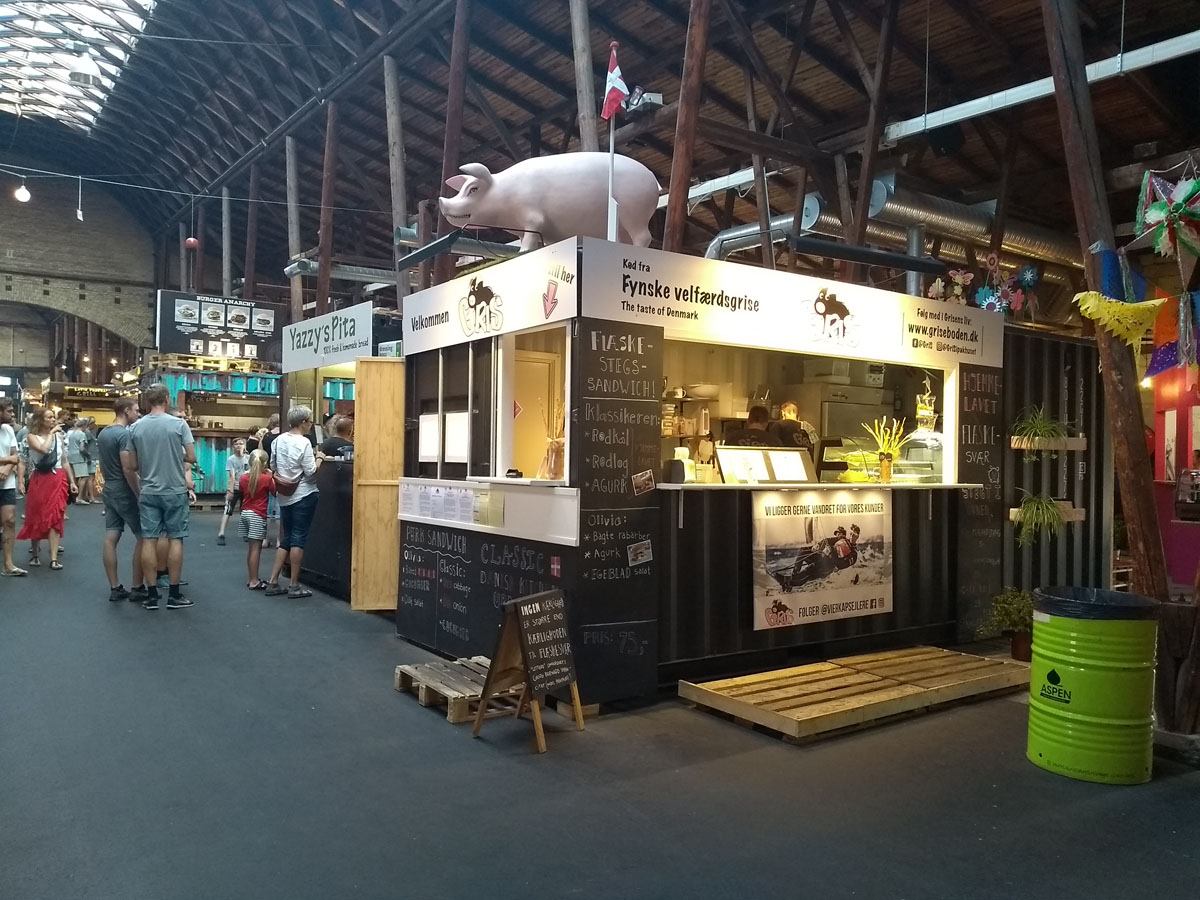 The driver of the bus back to the campsite told us that his ticket machine was out of action, so we could ride for free. If this had happened back in the UK, I’m sure the bus would have been cancelled.

We will leave Odense in the morning, and we now have a very busy couple of weeks lined up, with so much to see and do.