It was only a short ride from Helsingør to the campsite in Copenhagen. On the way, we stopped off at Ryvangen Memorial Park, which commemorates members of the Danish resistance who were murdered there by the Nazis. It wasn’t until after the war that the bodies of 197 freedom fighters were discovered in this area, and 106 people of those people are buried here. There’s also a memorial walkway remembering the 151 members of the Danish resistance whose bodies were never found.

The campsite at Copenhagen was a 15 minute walk from the metro station, and from there it was a 15 minute journey to Copenhagen Central Station. We spent four days in Copenhagen, but that wasn’t enough time to see and do all that we wanted to, so we decided that we’d concentrate on seeing the main sights and do the foodie thing, and come back again another time to visit the museums.

Nordic Cuisine has become very popular in recent years, with high end restaurants such as Noma and Geranium leading the way focussing on top quality and locally sourced food. This has resulted in a vibrant food scene in Copenhagen, though being Denmark, it isn’t cheap to eat out. However, there are a couple of great food markets where you can eat great food without having to pay restaurant prices. The first of these that we went to was an indoor food market called Torvehallerne, which was so good that we had to return the next day. We also visited a new outdoor street food market called Reffen, which recently opened to fill the gap left when the Papirøen (aka Paper Island) street food market closed down last year. We were spoilt for choice at both markets, with top quality food at prices that won’t break the bank. The Danes are also serious about their coffee and pastries, with lots of artisan cafés around town selling fresh kanelsnegle (cinnamon rolls) to enjoy with a coffee. 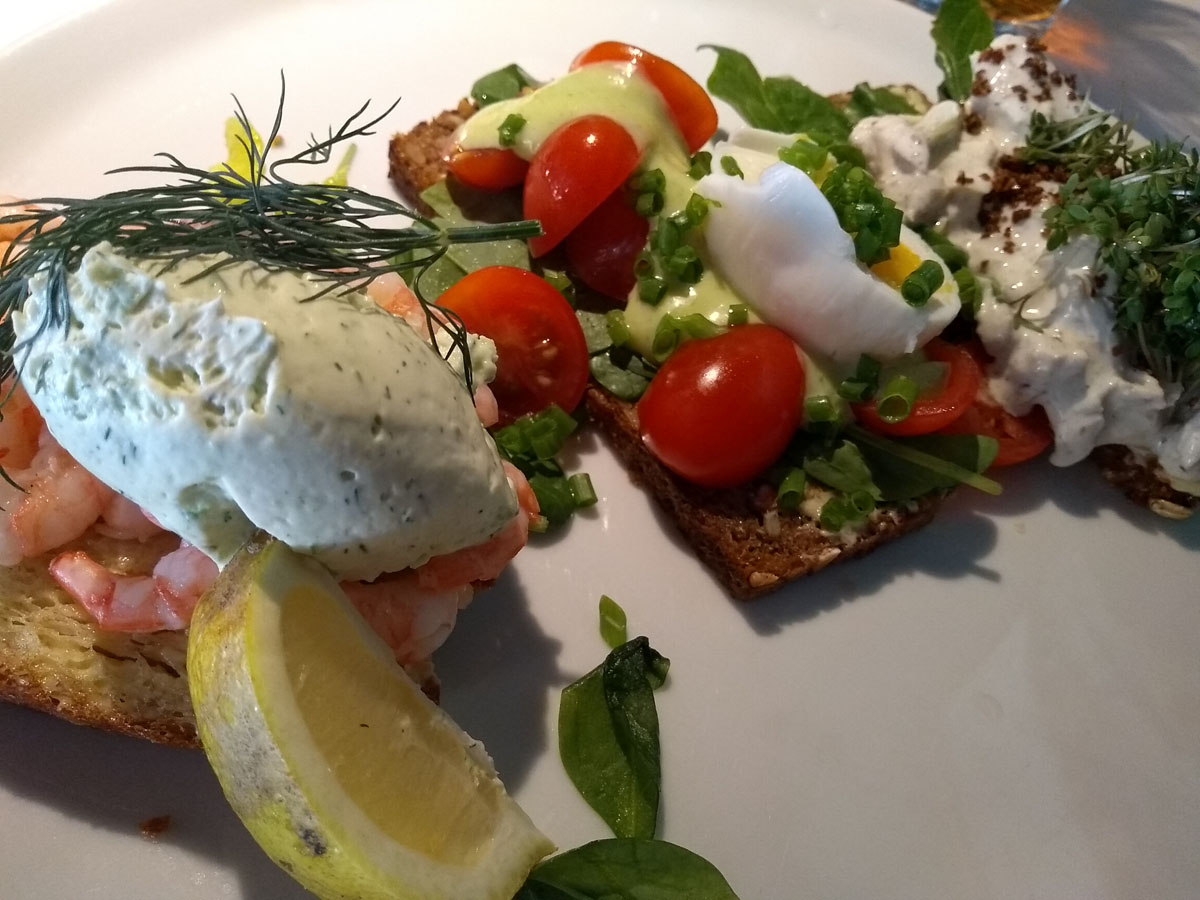 An excellent lunch at Cap Horn

We went to the Meat Packing district one afternoon, intending to eat out at Kødbyens Fiskebar, but they were unfortunately fully booked, so that’s another one for next time.

The main sights when wandering around town are the City Hall (headquarters of the Copenhagen city council) Christiansborg (the Danish parliament) and Nyhavn, the port lined with brightly painted buildings. We also went out of our way to see the Little Mermaid statue. Preparing to be completely underwhelmed, we weren’t disappointed when we got there. It was fun to watch tourists arriving by the coachload, jostling to have their photo taken in front of such a small statue.

We also went to visit Freetown Christiana, a self-proclaimed autonomous anarchist district which looked rather like the Republic of Užupis in Vilnius. However the area isn’t policed and there was a heavy smell of pot around the place, with quite a a few stalls openly selling spliffs. With signs up saying ‘no photos’ we didn’t waste too much time there!

If you like your Islamic art, the the David Museum is definitely worth a visit (admission is free).