We ended up staying at the campsite in Strøby for four nights, spending most of the time reading in the shade. As we were still able to pick up German Eurosport, we watched the closing stages of the Tour de France, and it was fantastic to see Welshman Geraint Thomas win the yellow jersey. In the evenings we’ve been watching series three of the rather excellent Scandi Noir series The Killing, which is set in Copenhagen. Recommend viewing!

We did pop out one day to get some fresh food, and to check out the nearby UNESCO World Heritage Site Stevns Klint. It’s a village on the coast where there are some picturesque white cliffs, and the reason for the UNESCO status is that there’s a 10-15 cm layer of rock in the cliffs which was formed by the dust cloud when an asteroid hit Planet Earth 66 million years ago, wiping out the dinosaurs. You can’t get close up to this layer of rock, but it’s a pretty village and the white cliffs did look great.

With the weather forecast to cool down at the end of the week, we decided to move to the northern side of Zealand and spend a couple of nights on a campsite at Frederiksvaerk. On the way we parked up in Roskilde to visit the cathedral. Built in the 13th century, it’s Denmark’s equivalent of Westminster Abbey, as it’s the final resting place of 20 kings and 17 queens. Not surprisingly it’s a UNESCO World Heritage site. The present queen, Margrethe II, has already bagged her spot inside the cathedral, and the design of her sarcophagus chosen. We found it really interesting, and thought it well worth the 60 SEK (€8) admission charge. 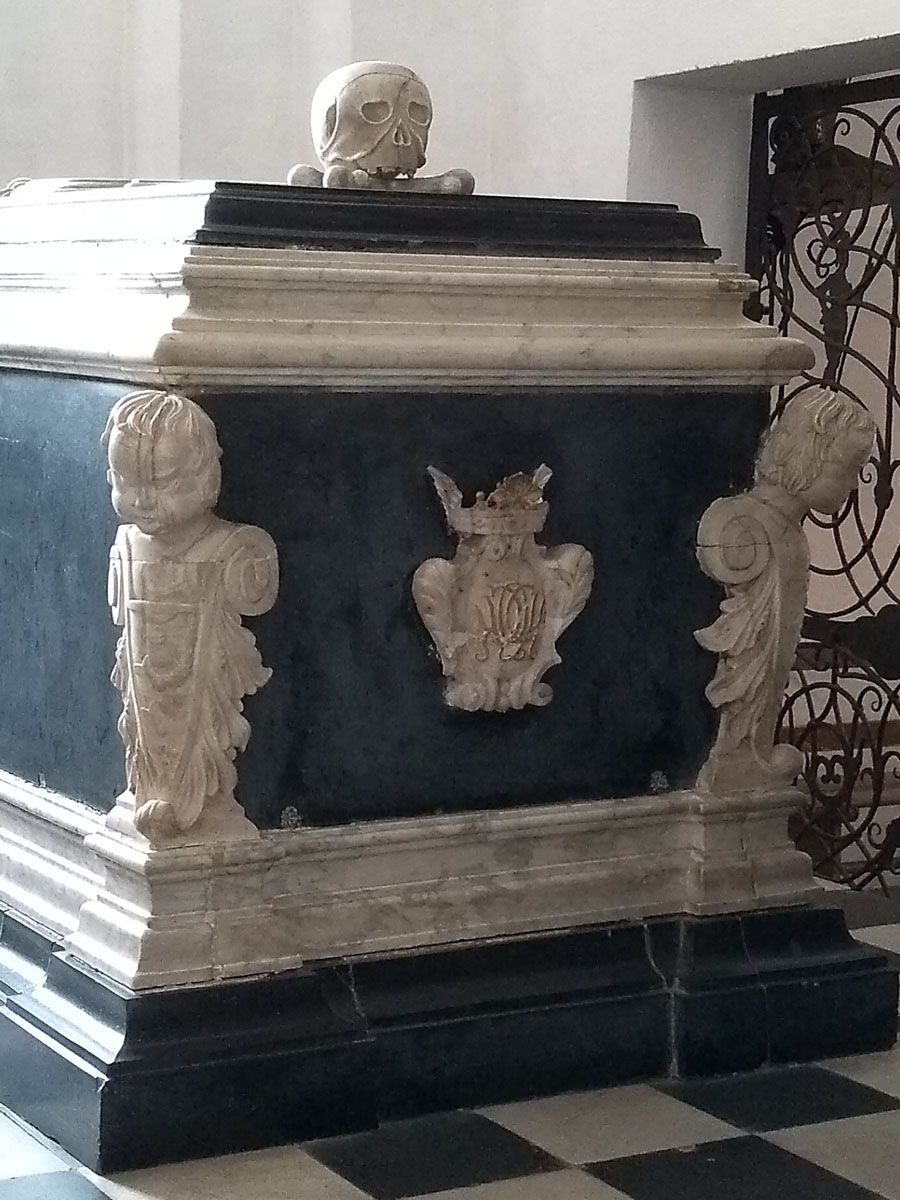 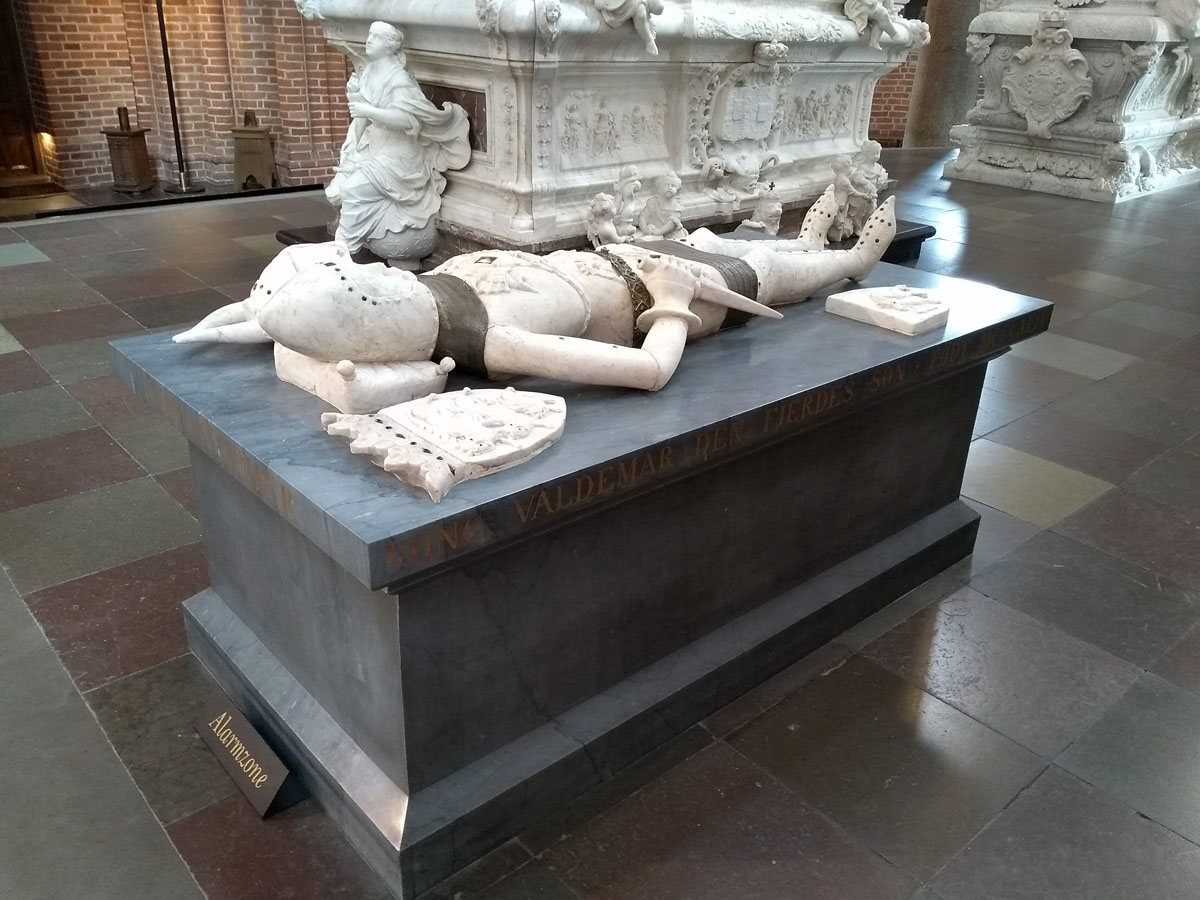 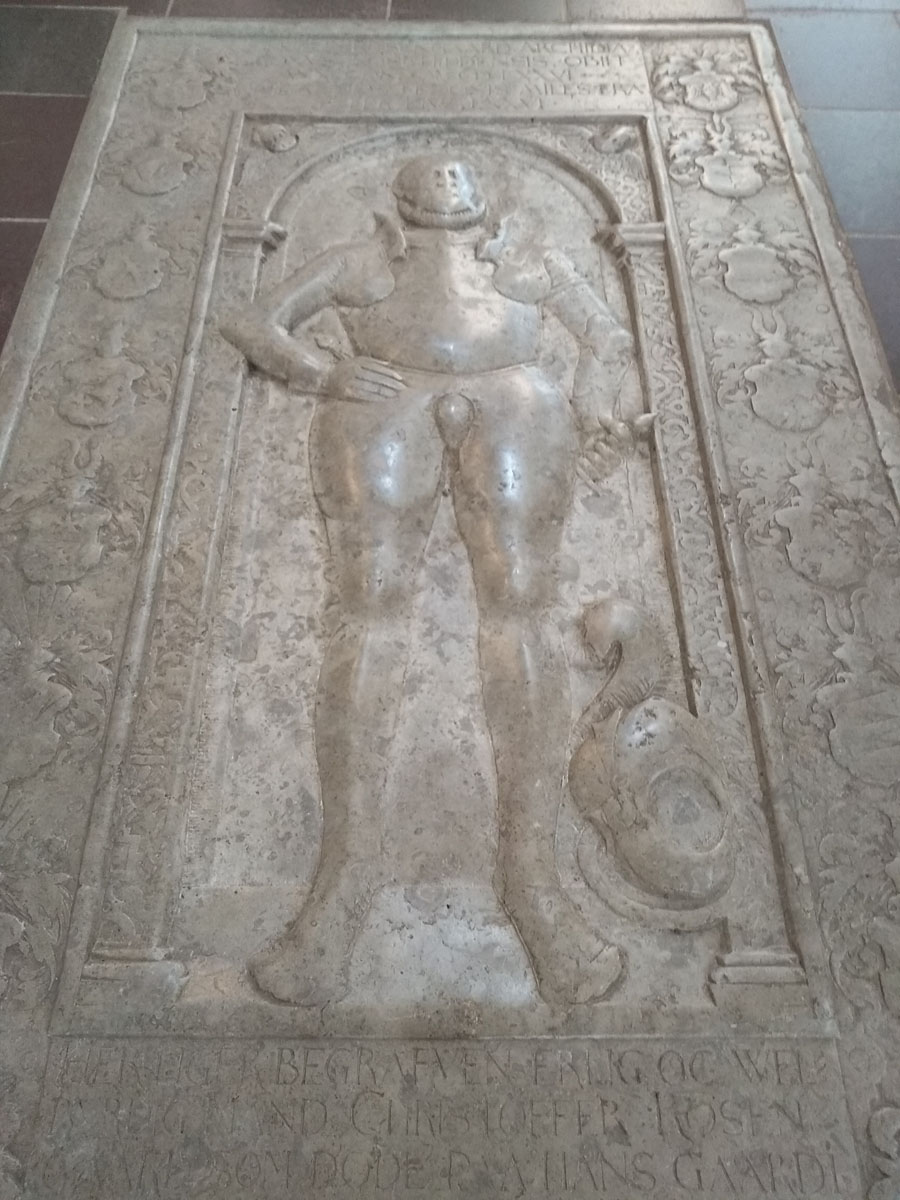 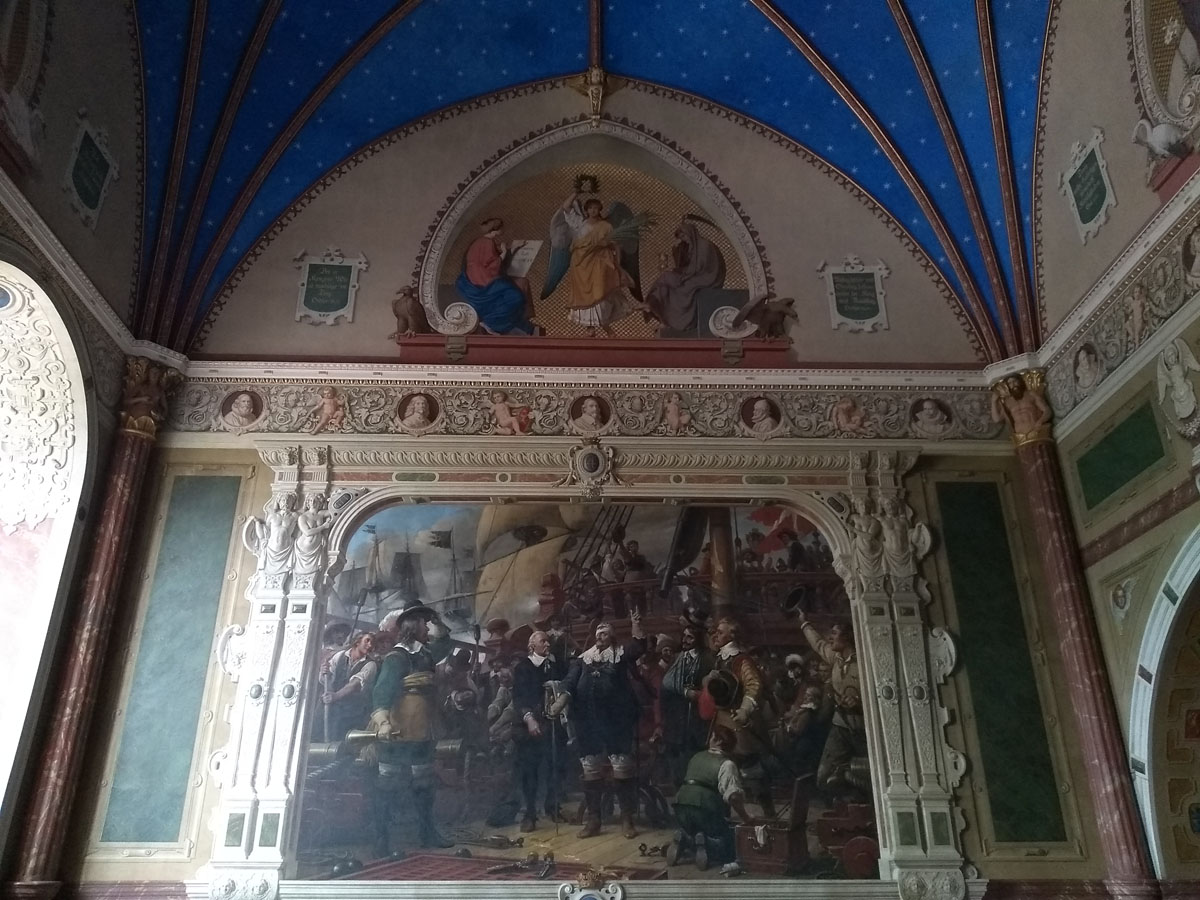 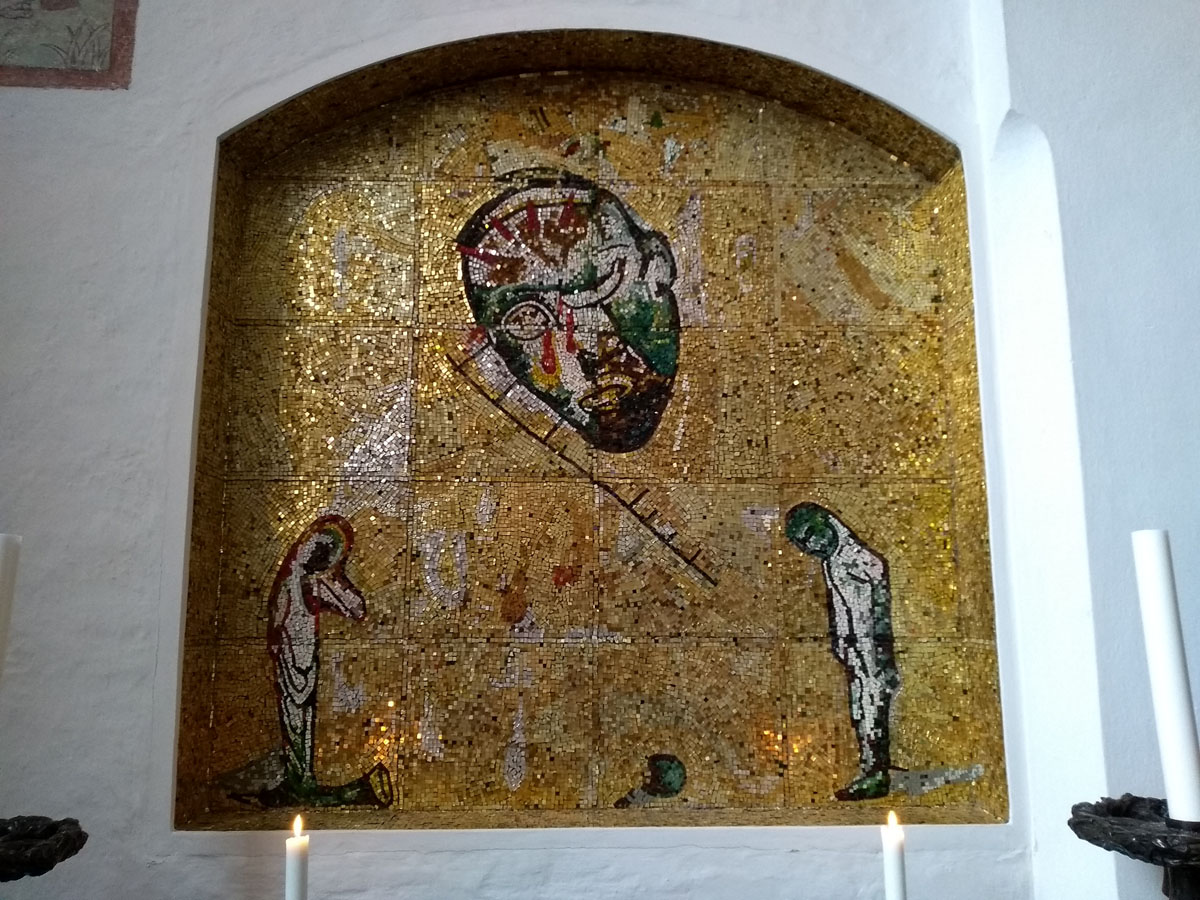 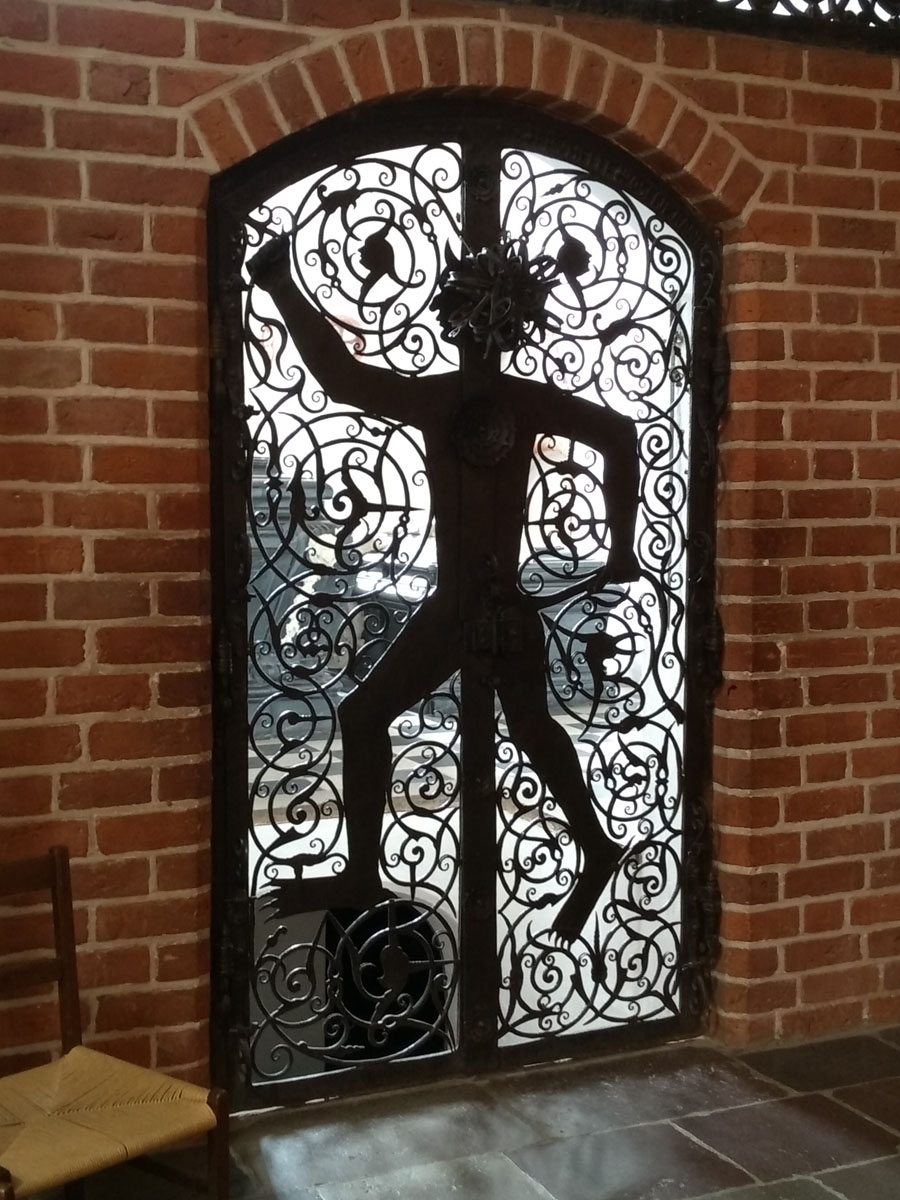 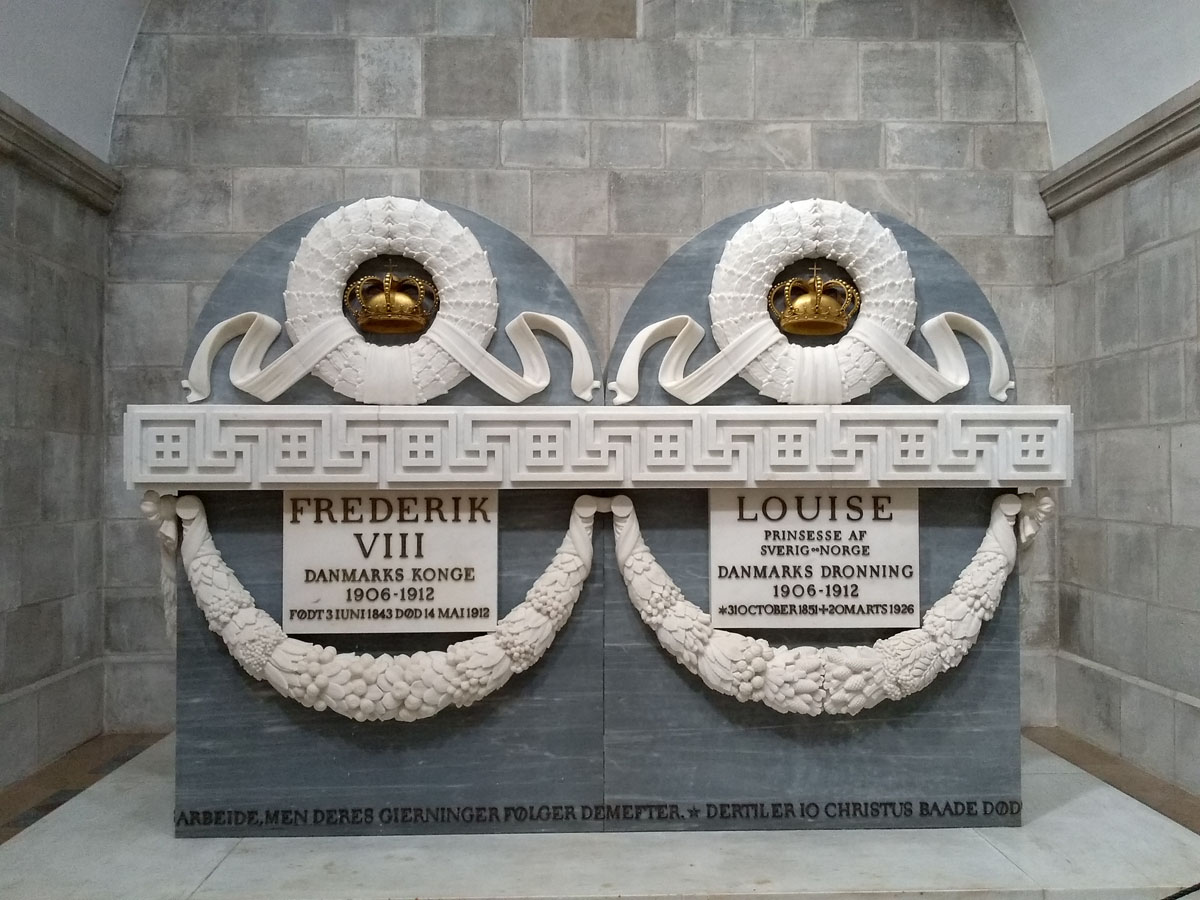 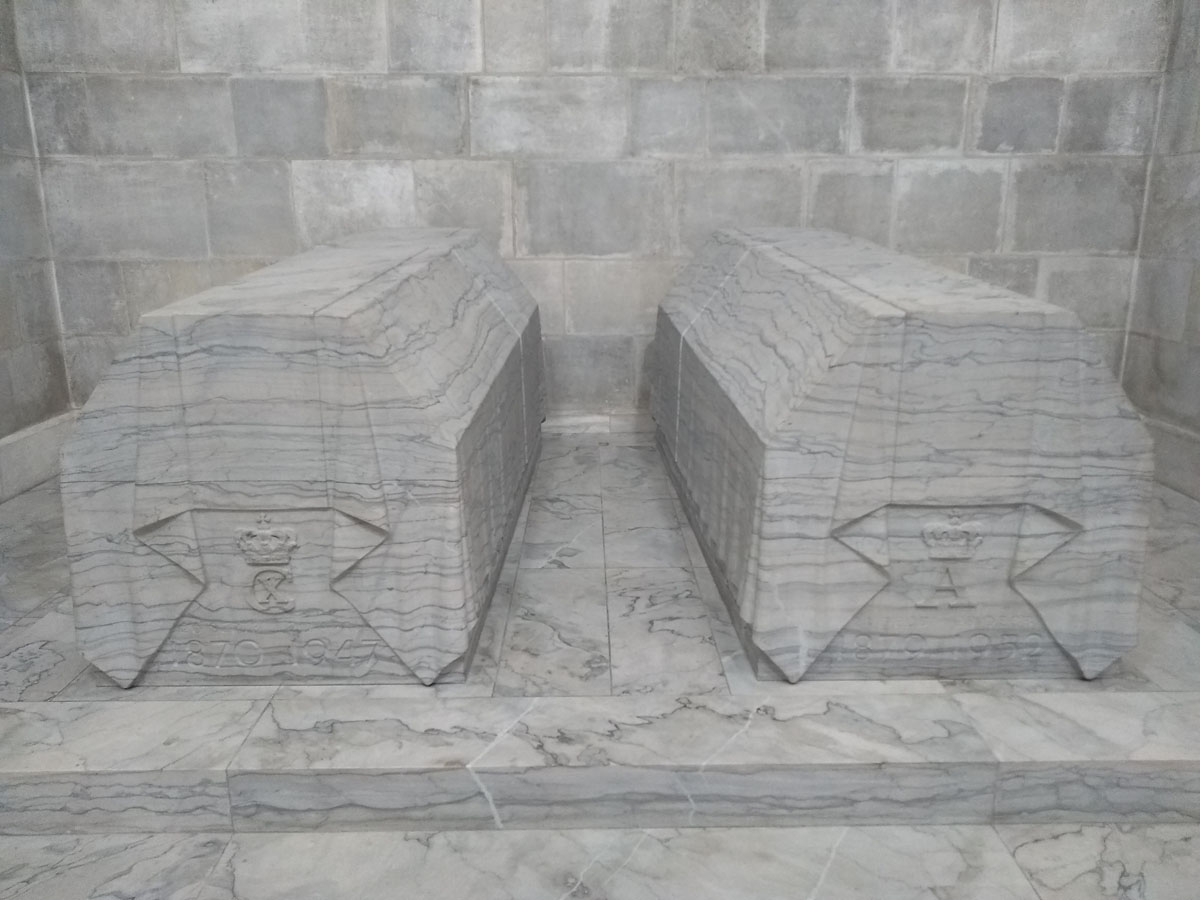 There’s also a Viking museum in Roskilde, but as we’ve recently been to two such museums in Norway, we passed on this and drove onto the next campsite in Frederiksvaerk when we were done at the cathedral.

Frederiksvaerk is a small town on the northern side of Zealand, and the campsite was nice and shady, surrounded by lots of tall trees. We hadn’t been to the cinema once since setting off on our travels, so we decided to put that right when we found out that there was a local cinema showing Mamma Mia! Here We Go Again in English (with Danish subtitles). The film was very corny, but was fun to watch.

Today we headed east to Hillerød to visit Frederiksborg Castle. Built in the early 17th century by King Christian IV, it’s surrounded by a big lake and is a very impressive sight. Next to the lake is the Baroque Garden which also looks stunning. 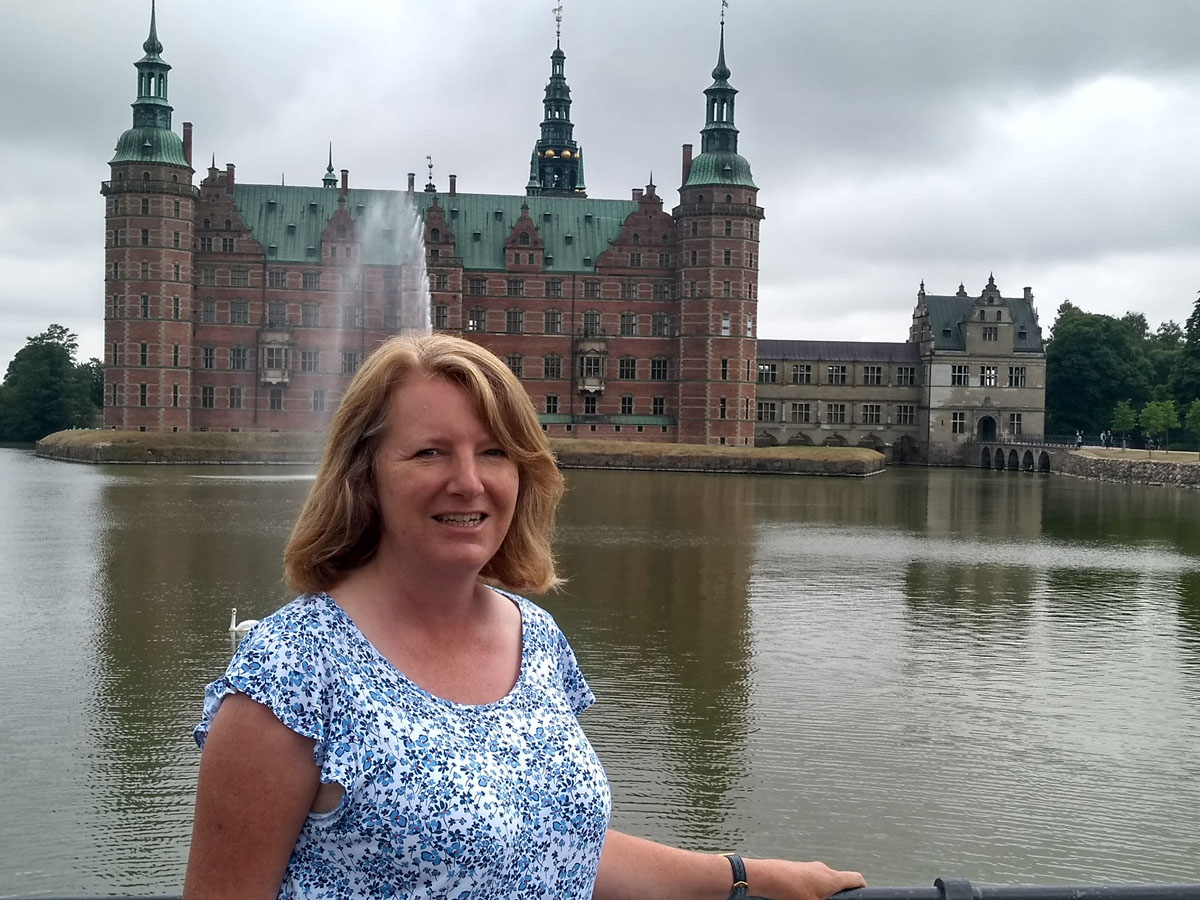 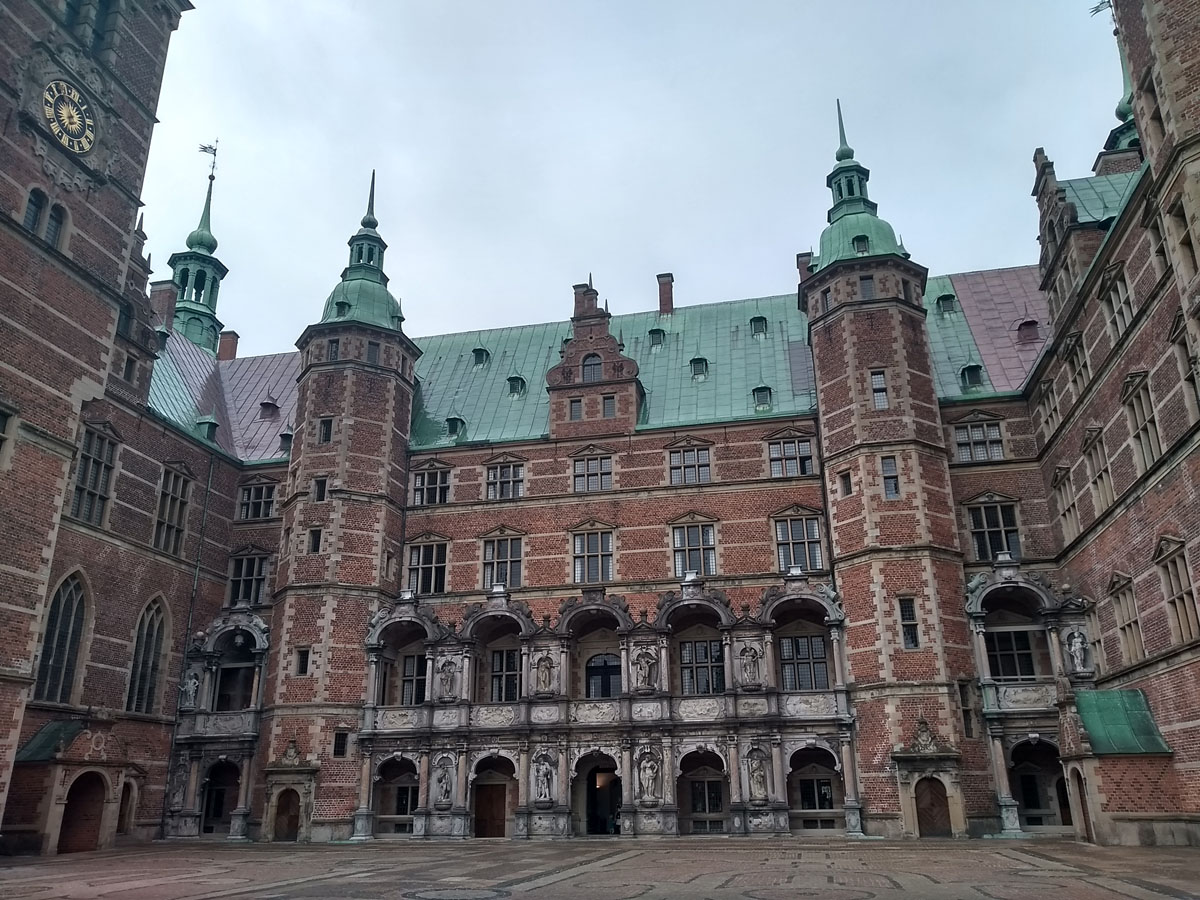 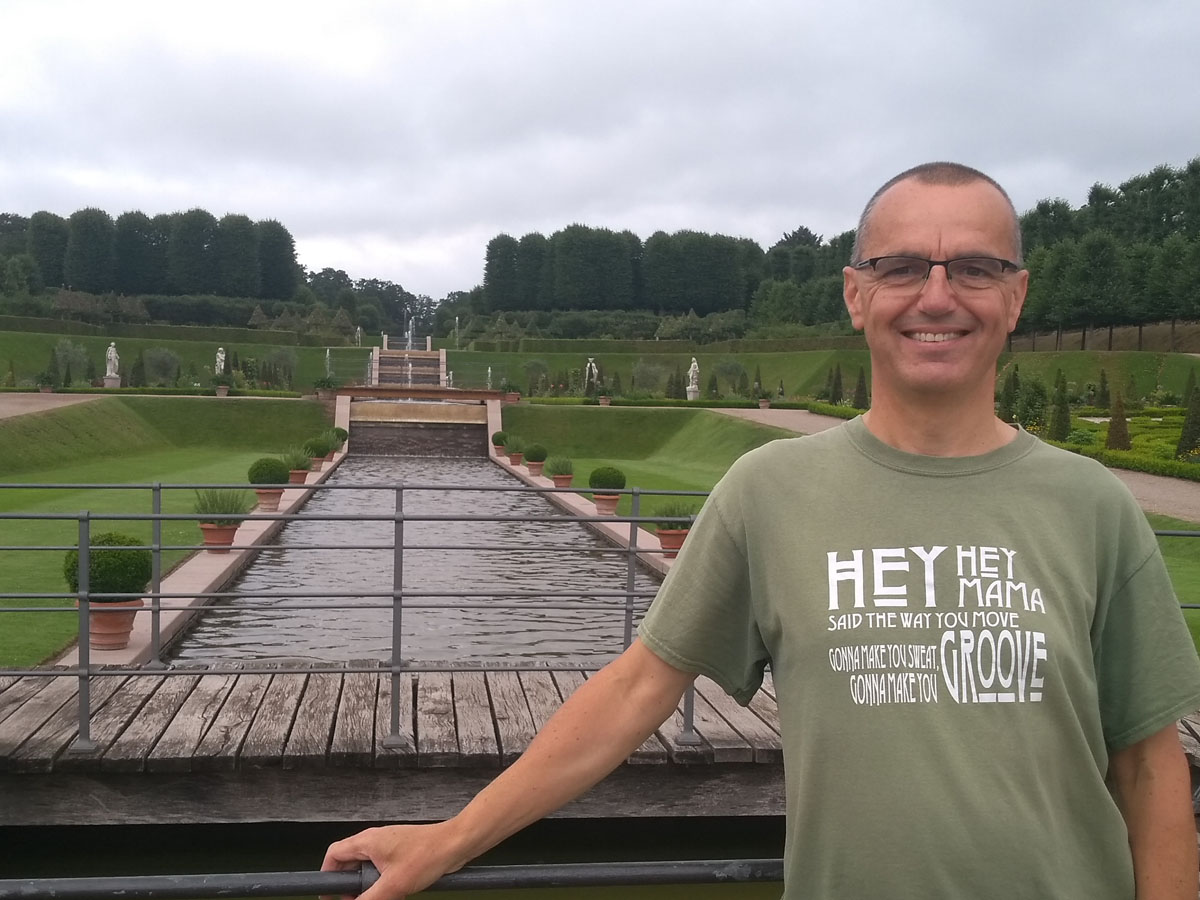 Leaving Hillerød, we drove to visit another castle, this one being Kronborg Castle in Helsingør, a short walk away from tonight’s campsite. Yet another UNESCO World Heritage site, the castle is better known as Elsinore, the setting for Shakespeare’s Hamlet. The play was first performed in the castle in 1816 to mark the 200th anniversary of Shakespeare’s death, and since then the play has been performed countless times, with the lead role played by many famous actors such as Laurence Olivier, John Gielgud, Christopher Plummer, Derek Jacobi, David Tennant and Jude Law.

We’d wanted to visit Copenhagen a week ago, but we didn’t want to do this in the ridiculously hot temperatures we’ve been having. For the past week it feels like we’ve been in a holding pattern, spending time on campsites circling Copenhagen, waiting for the weather to change before we can land there. Last night we had a big thunderstorm here which has cleared the air a bit, and though it’s still been quite hot today, it has been noticeably cooler. Tomorrow’s forecast is 22°C, and so we’ll finally be able to visit Copenhagen. There are loads of places we plan to visit, many of which are cafés and restaurants, and so we’ll be probably be spending four days there.