Our next stop after leaving Aalborg was Skagen. On the way we called in at another of Thomas’s Top Tips – Voergaard Slot – a 15th century manor house surrounded by a moat. We had a wander round, and it looked very grand. 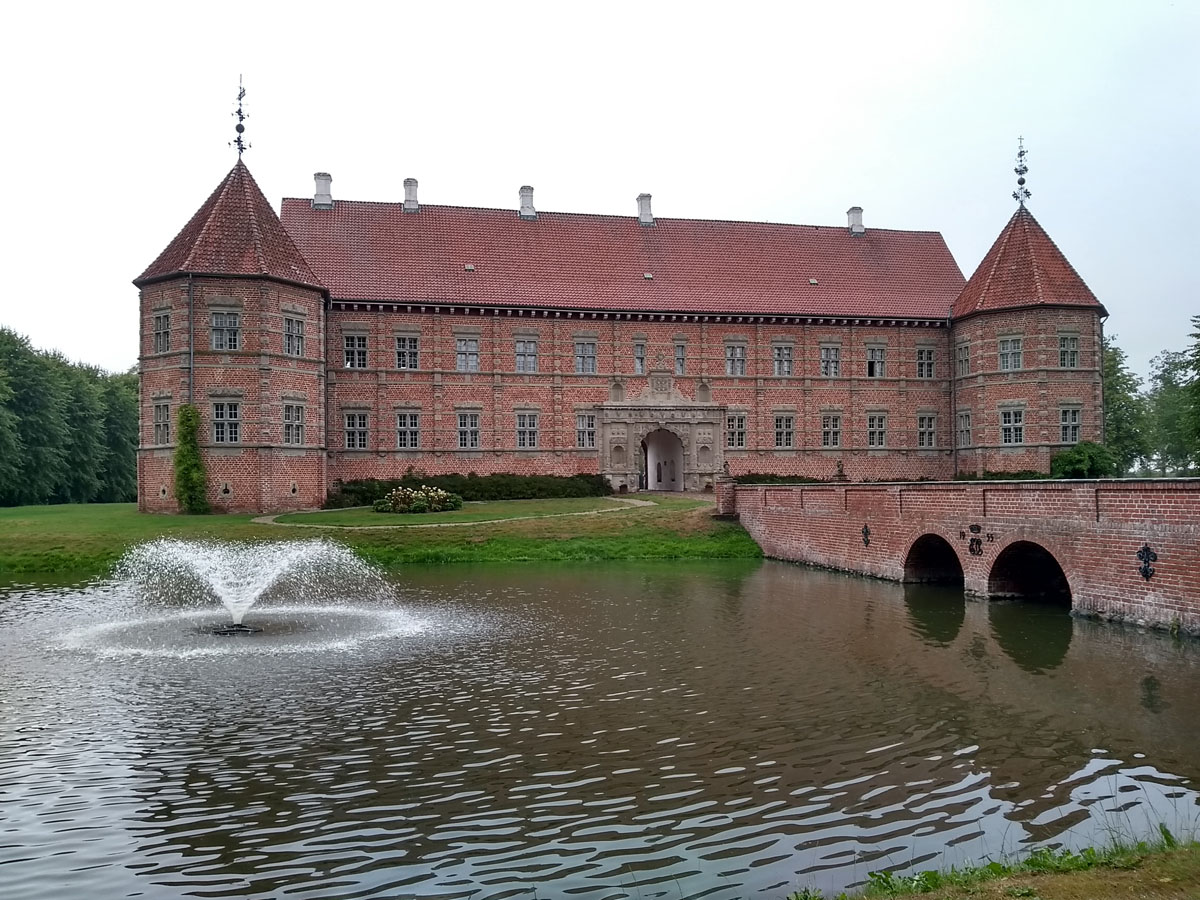 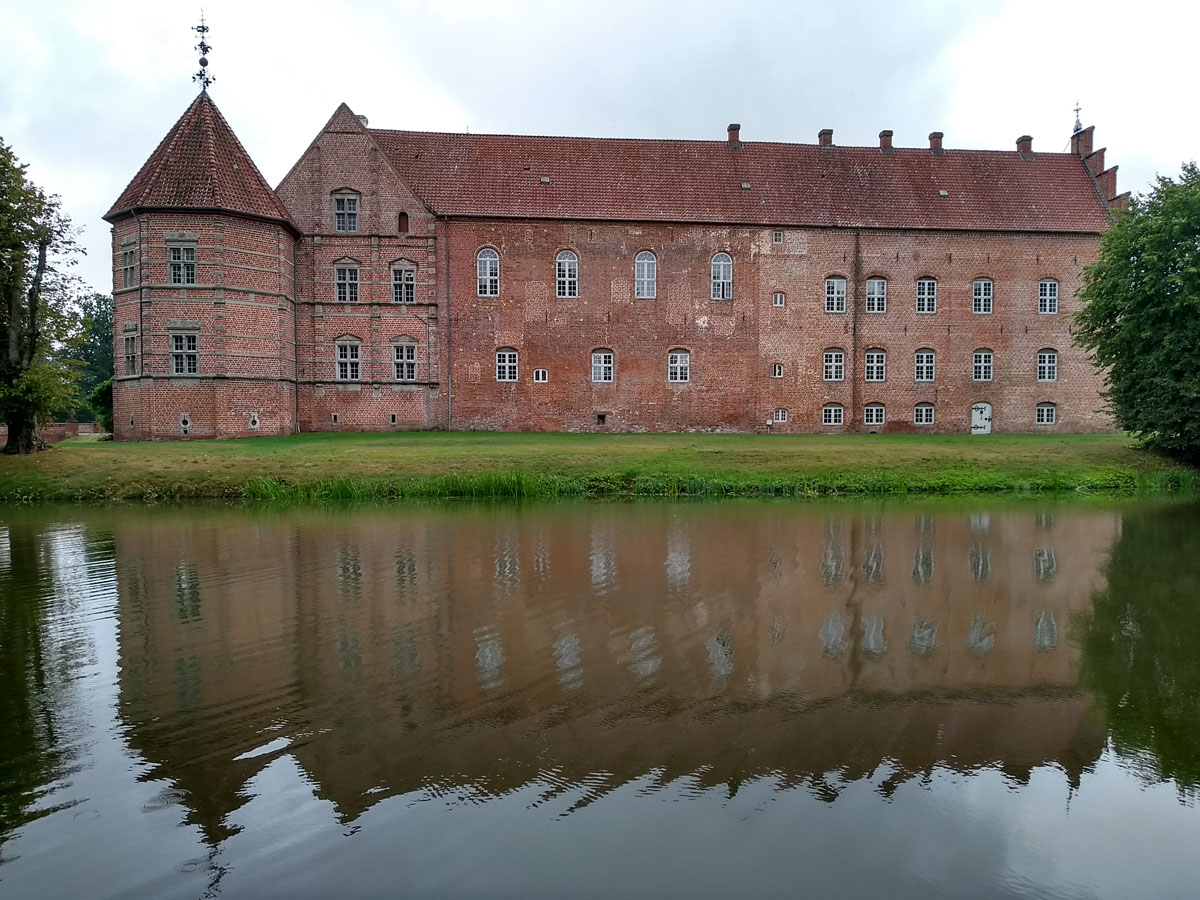 Skagen is the most northerly town in Denmark, and driving through the town we ended up in a car park in a place called Grenen, which is where the road ends. It was much busier than we were expecting, but fortunately there was dedicated parking for motorhomes. From there, it was a 3km walk along the beach to the most northerly point in Denmark, where the North Sea meets the Baltic Sea. You could tell where the two seas met by the ripples in the water. There were lots of people lining up to stand with one foot in each sea, but we just couldn’t be arsed. 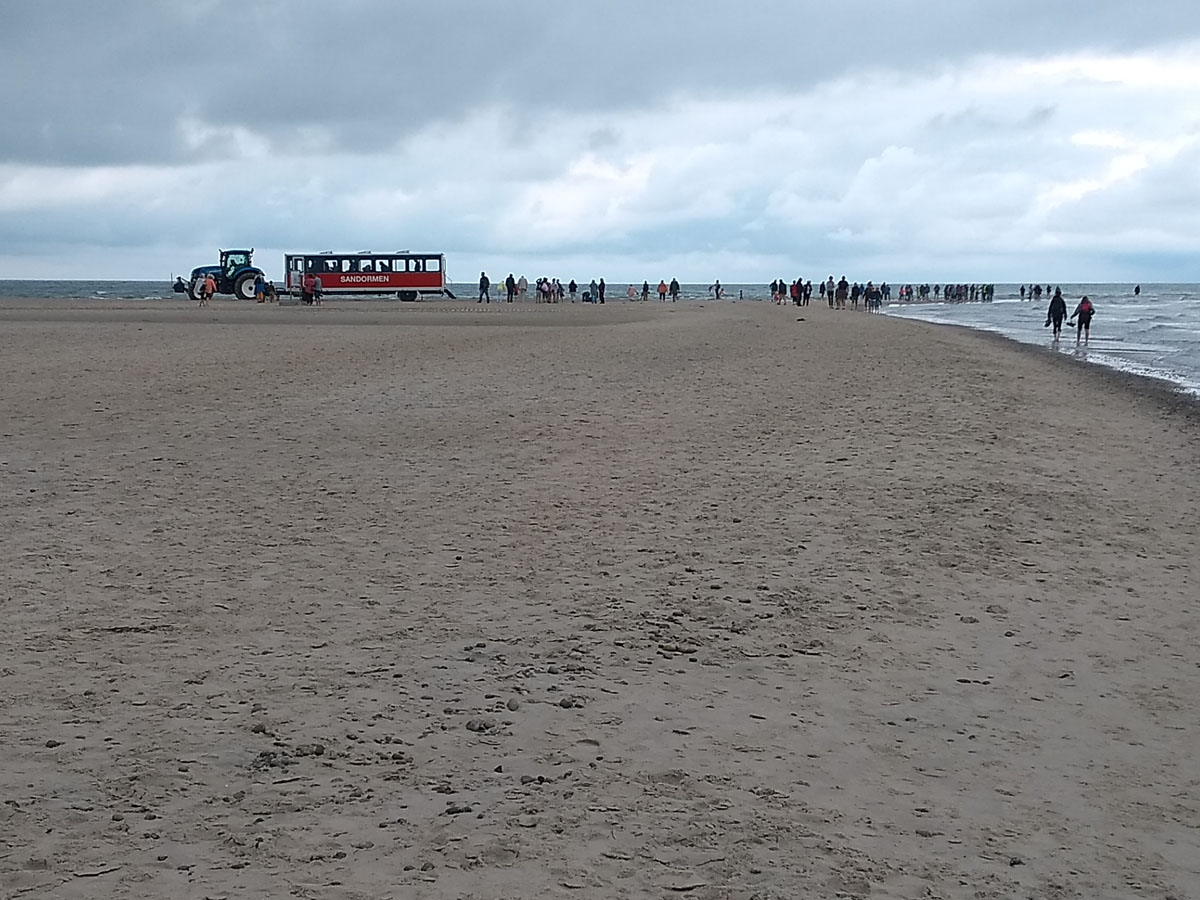 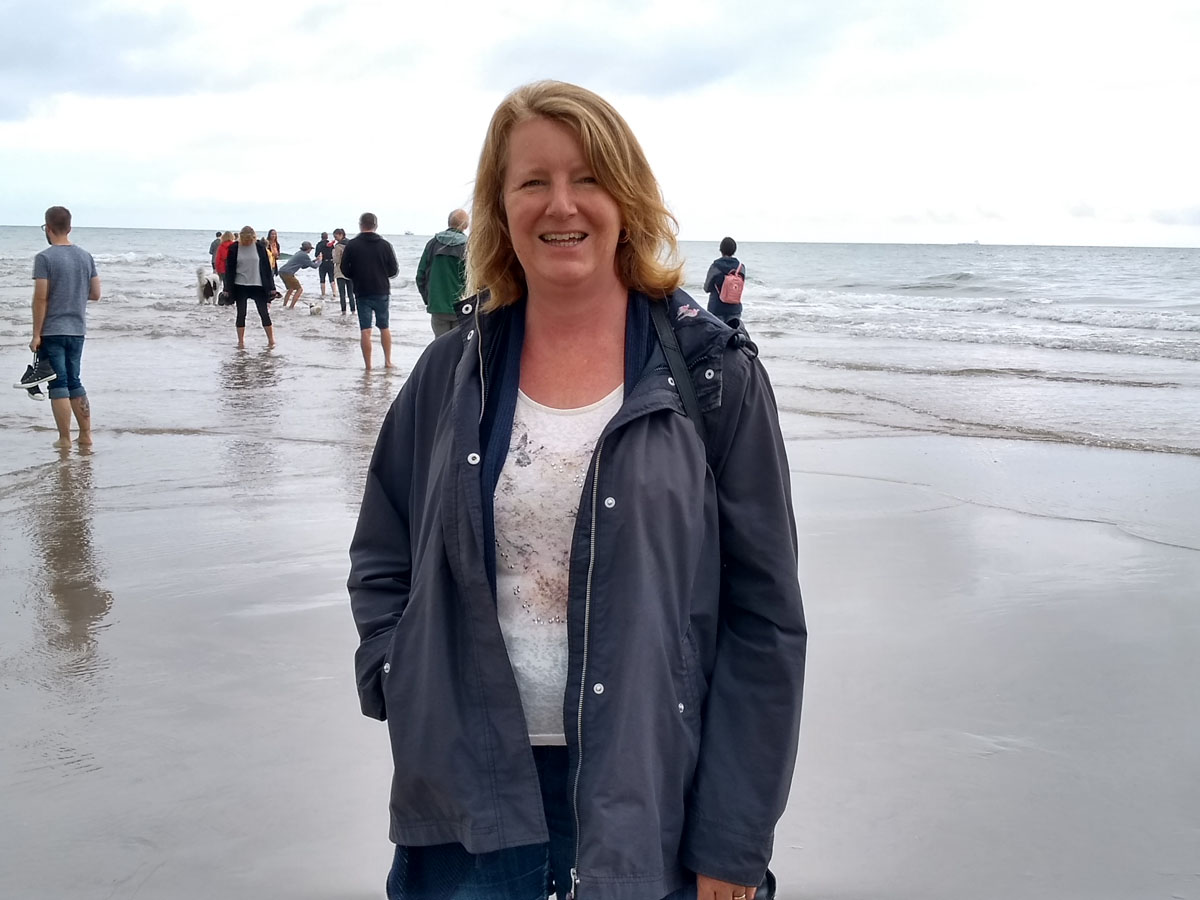 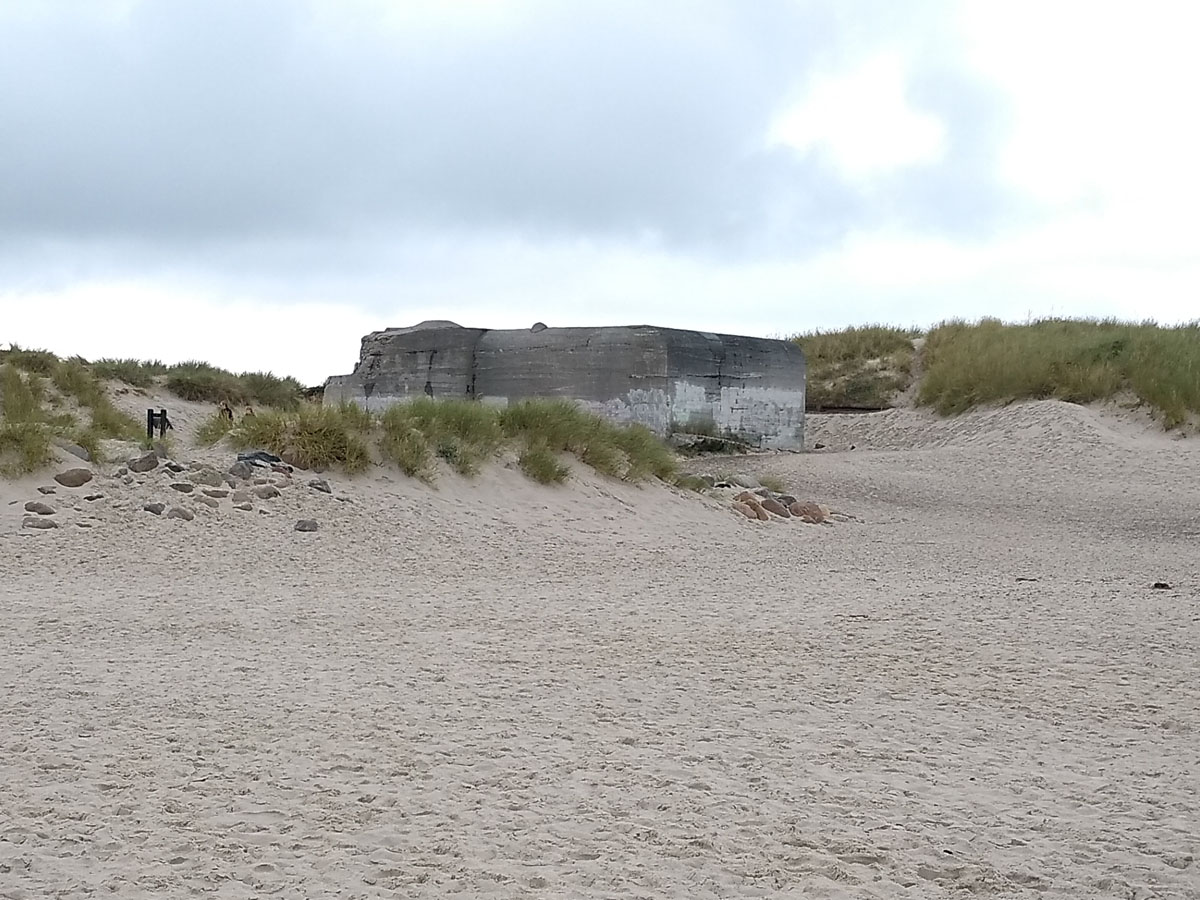 Returning to the van, we drove back to Skagen and went for a walk through the town. It’s a pretty place with lots of boutique shops, bars and restaurants, and the buildings are all painted the same shade of yellow. Once we’d looked round the town we checked in at a campsite just outside of town. The kids have gone back to school now in Denmark, so the campsite wasn’t at all busy and the rates are now cheaper (thank goodness!). 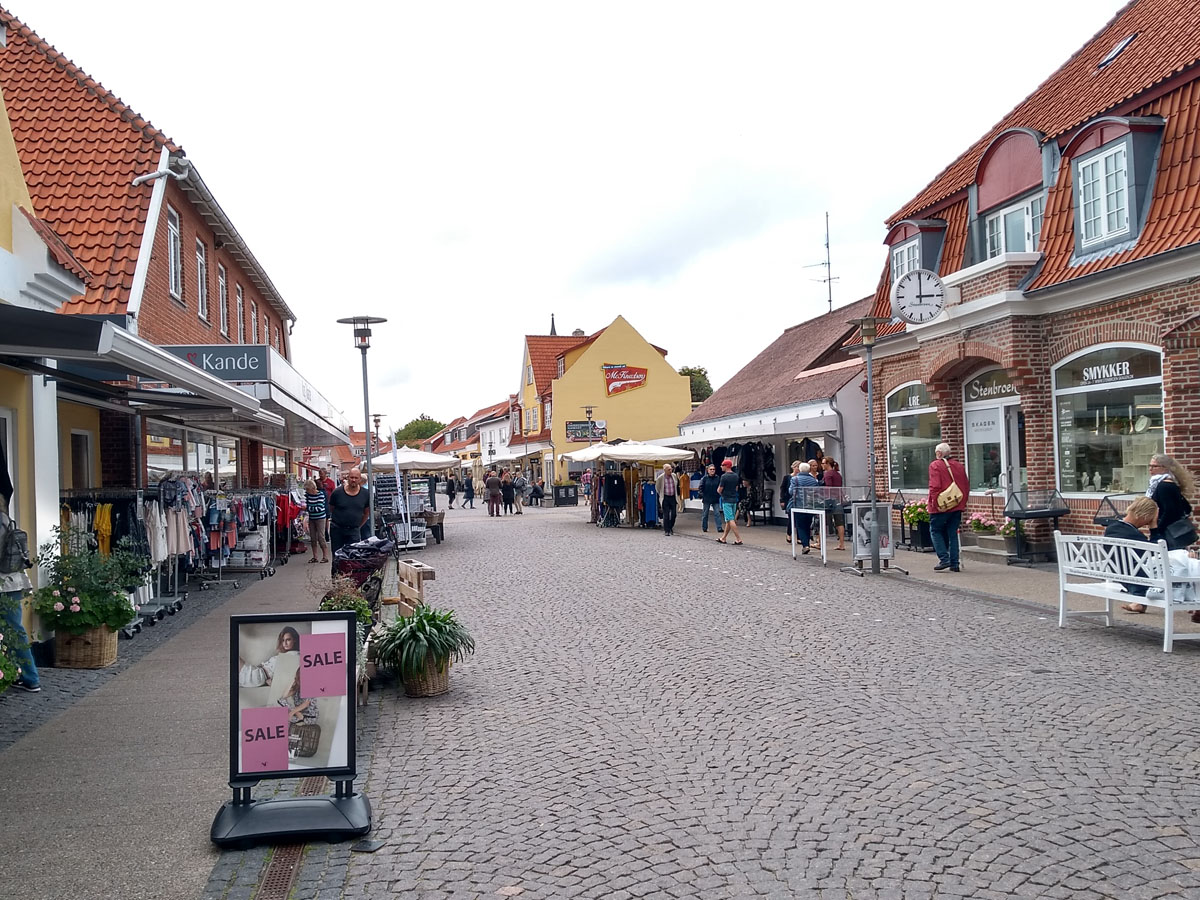 The next morning we went to Biersted to check out another of Thomas’s Top Tips, Biersted Kro, where he recommended the roast pork. We parked up across the road and went inside. As it was only just gone noon the place was empty, but we were warned that a coach party of 50 was about to turn up. When they arrived they all went into the function room, so we were sat in the restaurant by ourselves. Unfortunately the roast pork isn’t available at lunchtime, so instead we both went for the pork chop with potatoes, red cabbage and real gravy (none of that Bisto nonsense – and the first proper gravy we’ve had in 18 months!). It was delicious.

Next stop was the Renewable Energy Information Centre in Hurup Thy, where you can park the van for €10/night with free (green) electricity and also free wi-fi. When we arrived we had a look around the place and it was really interesting. The Danes are really big on green energy and there are wind turbines all over the country. The cost of domestic wind turbine systems has become much cheaper in recent years, so we’ll be looking into buying a small wind turbine as well as some solar panels when we get back home (whenever that might be!). 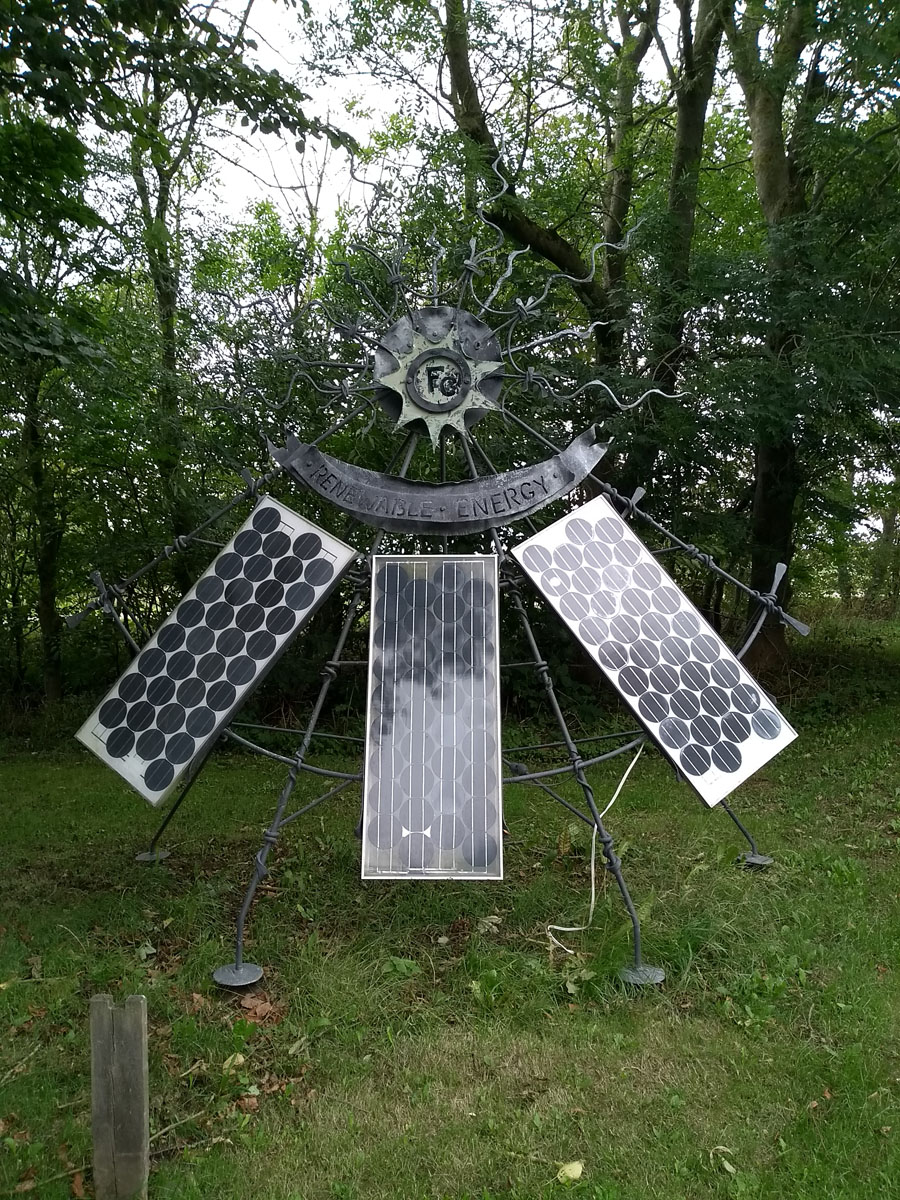 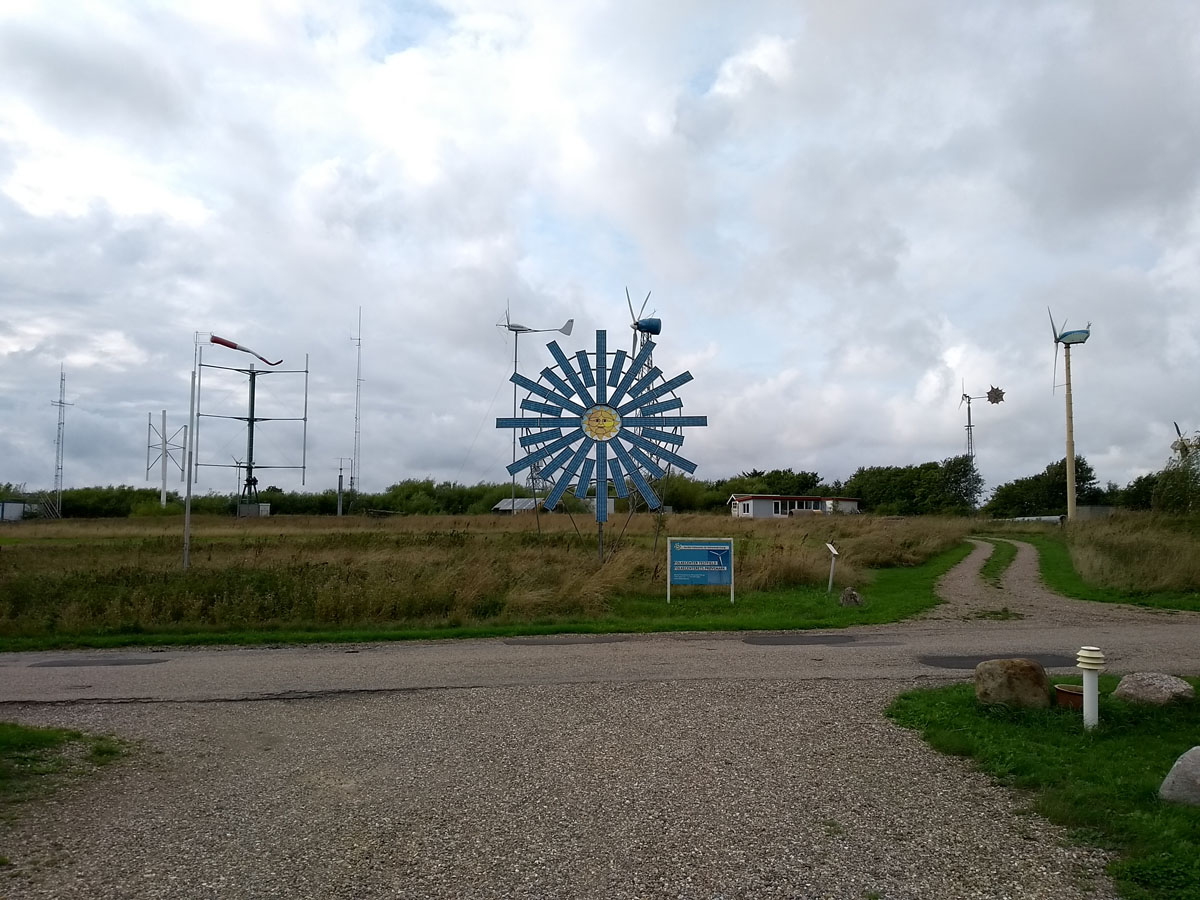 This morning we continued our journey south, along the western coastline. We stopping at a small village called Skodbjerge, where there is a Commonwealth War Graves Commission cemetery at the Norre Havrvig churchyard. There are seven graves from WWII, where the bodies were washed ashore locally from the North Sea, and there is also a grave from WWI, that of Lt. W A ‘Toby’ Yeullet DFC of the RAF. I was intrigued as to what the RAF were doing so far from the Western Front when aviaion was still in its infancy, so I looked it up. It turns out that Yeullet and his colleagues had taken off in their Sopwith Camels from HMS Furious, an early aircraft carrier, on a mission to bomb three German zeppelin sheds. The mission, known as the Tondern raid, was a success, but unfortunately 19 year old Yeullet didn’t make it back, his body being washed ashore a few days later.

We’re now parked at a really good stellplatz in Outrup, not too far from the Tirpitz museum which we’ll be visiting tomorrow.

2 thoughts on “From Aalborg to Outrup”