Plitvice Lakes is the largest of Croatia’s national parks which, in 1979, was added to UNESCO’s list of World Heritage sites.

We arrived in Plitvice yesterday, after driving down from Zagreb along the country lanes, and the site we’re staying on is located just outside the park. Minutes after we arrived at the campsite two British vans pulled up, and so it was great to chat with them and compare notes on our travels.

The owner of the campsite runs a shuttle bus to and from the park entrance, and we were in the park by 8:30, before most of the coaches turned up, though a couple had already arrived. We spent all day in the park and loved every minute of it. According to Carol’s pedometer, we walked nearly 10 miles, up and down on uneven paths, so we were quite knackered by the end, but it was well worth it. At just under 300 km², the park is vast. Descriptions such as ‘awesome’ and ‘stunningly beautiful’ are overused, but the park is just that – Mother Nature at her finest, with streams rolling into waterfalls, falling into crystal clear lakes against a backdrop of trees which are turning red and gold for autumn. The photos we took don’t do it justice, but you’ll get the idea.

Tomorrow we will leave Plitvice and drive down to Split, on the Adriatic coast. 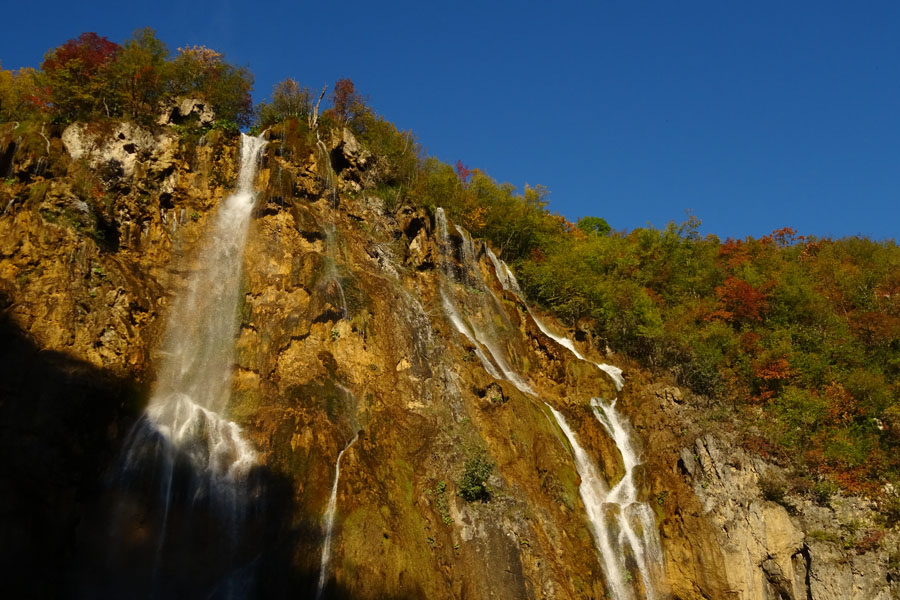 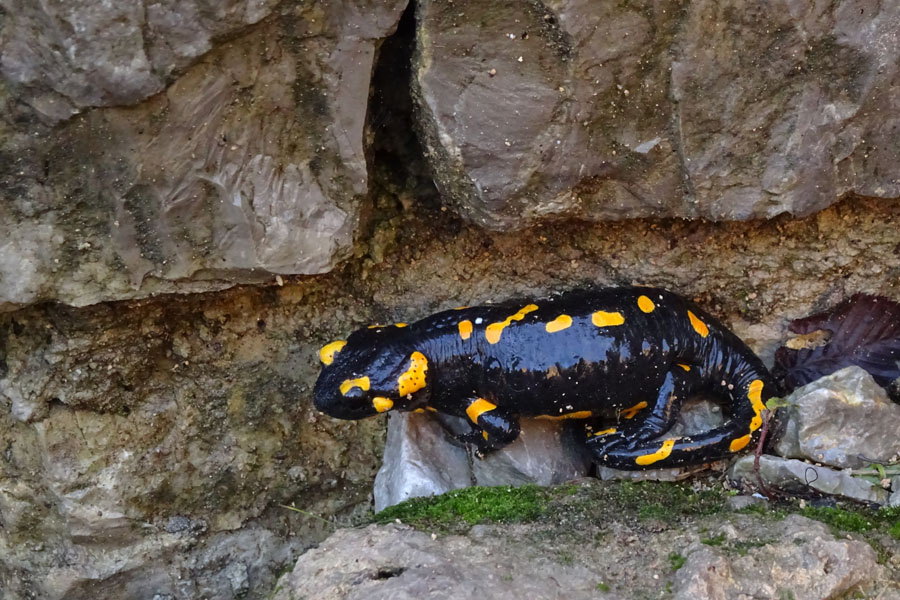 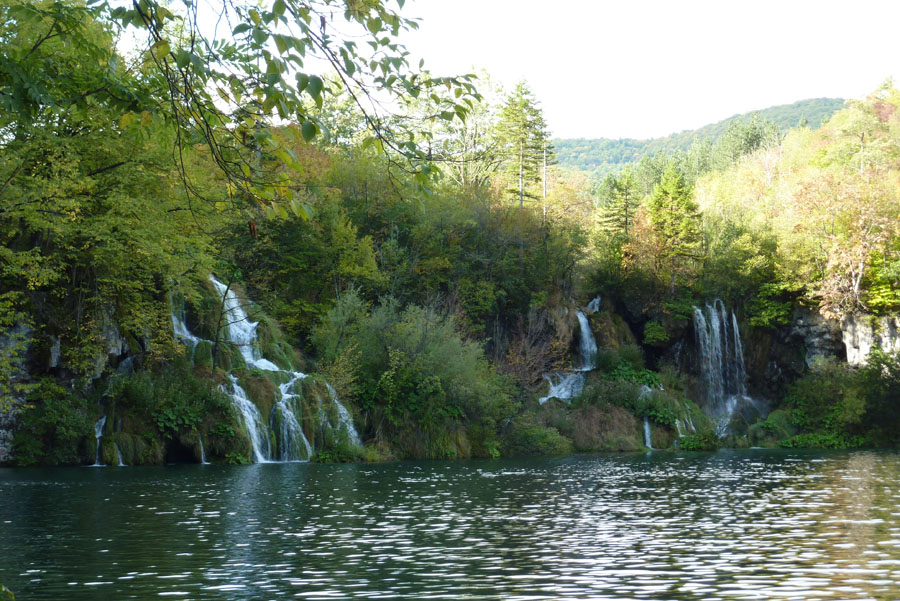 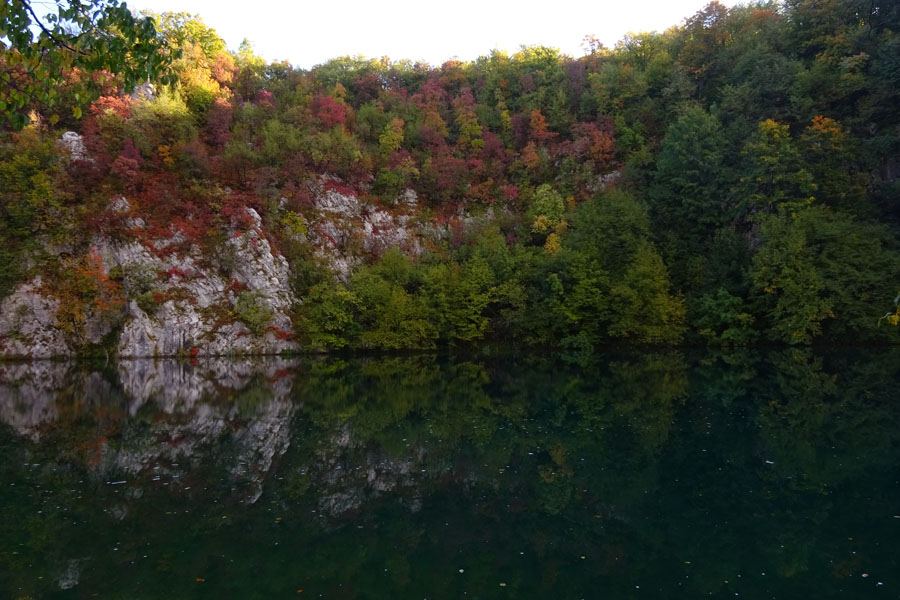 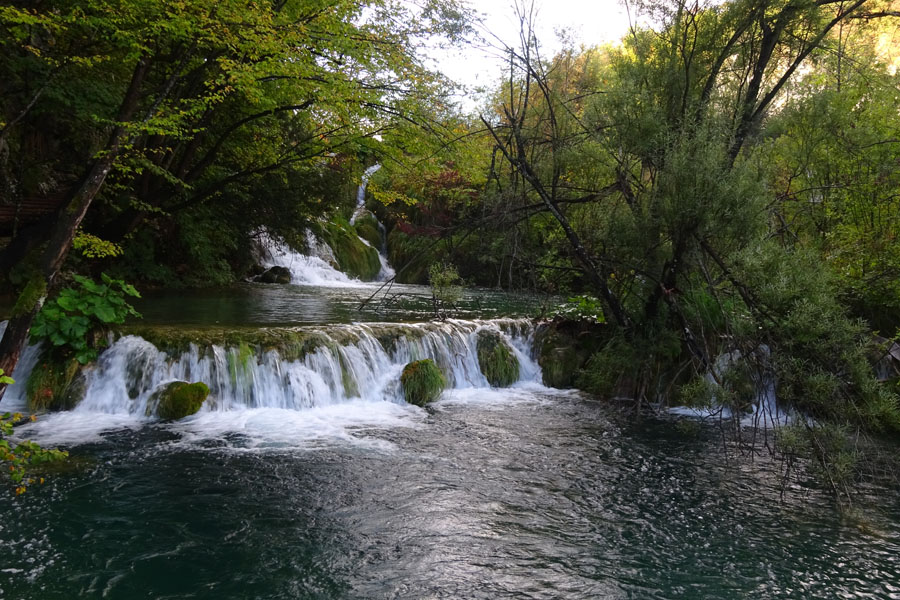 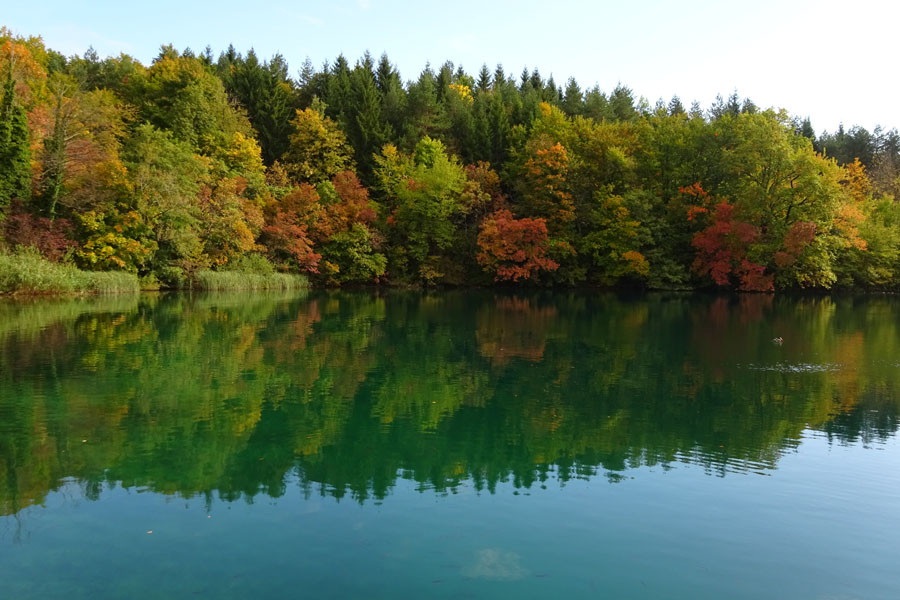 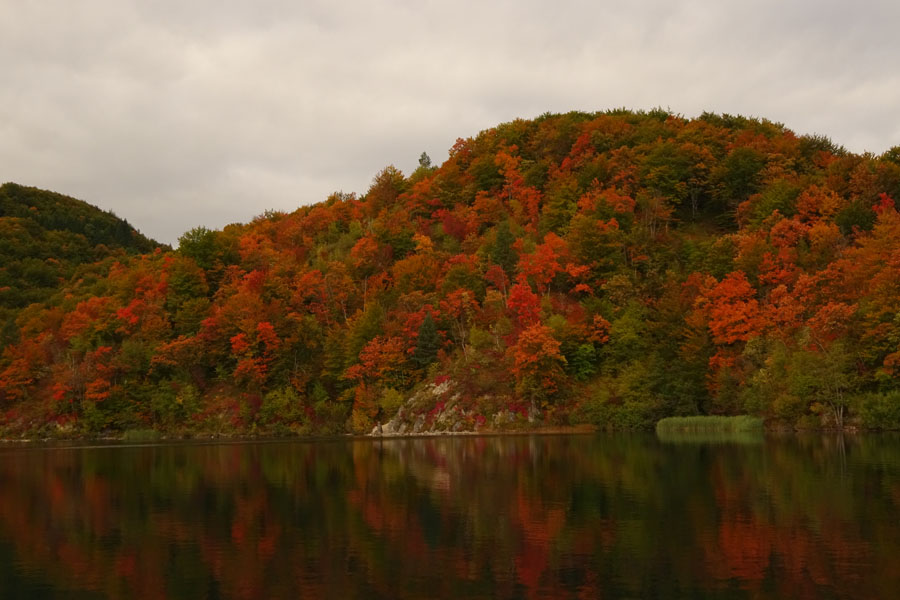 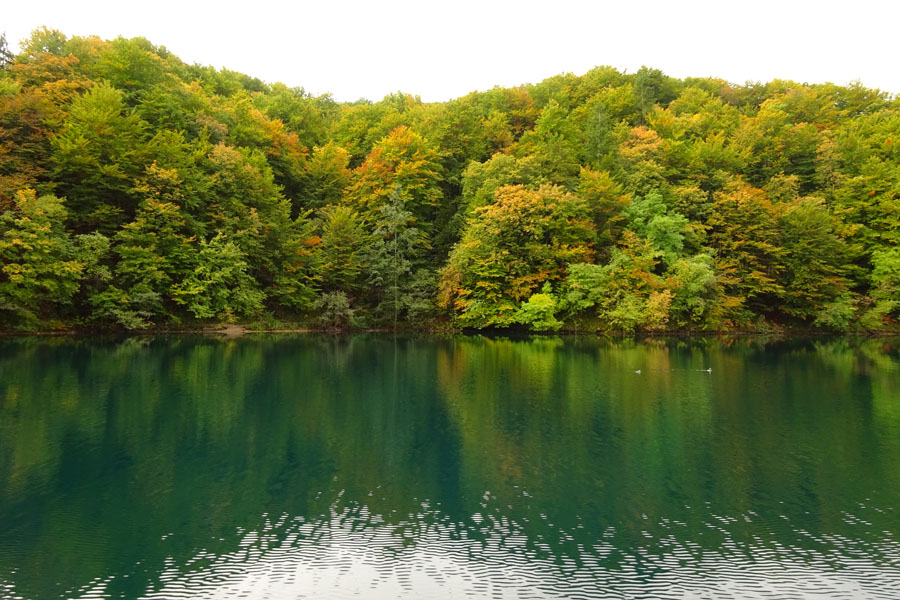 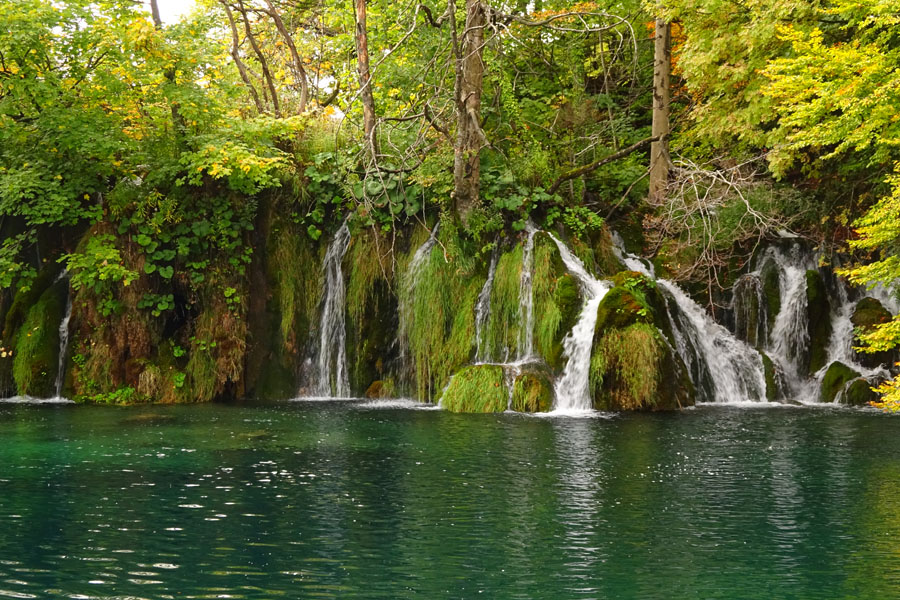 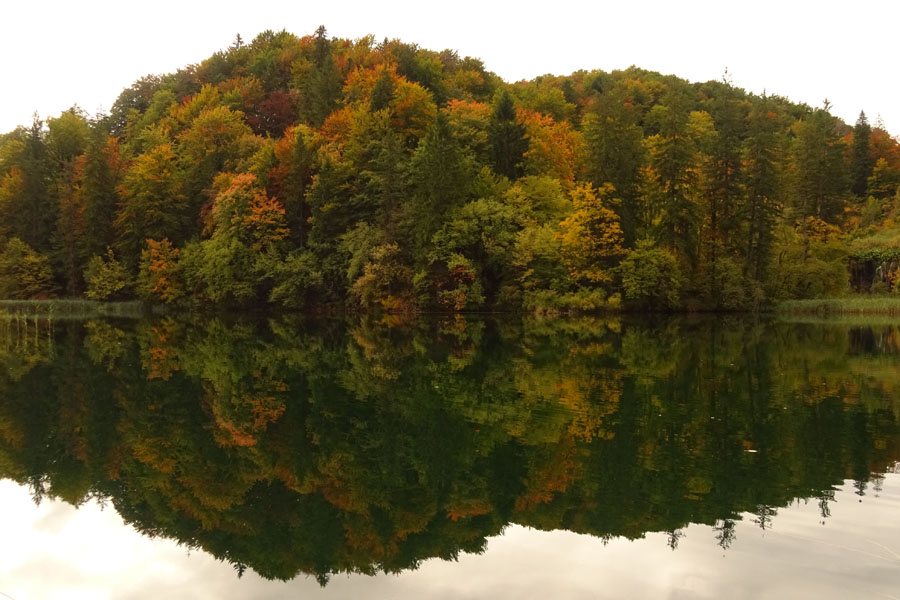 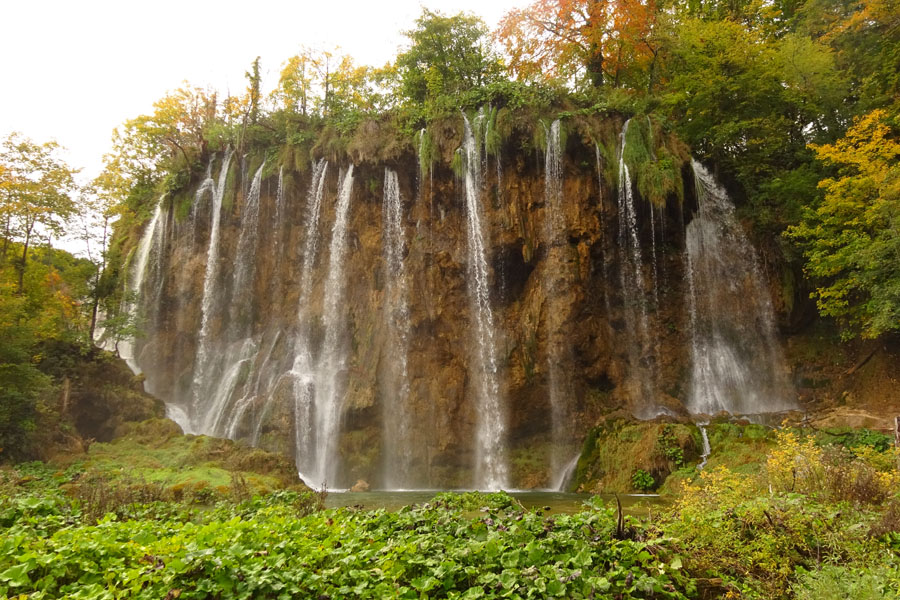 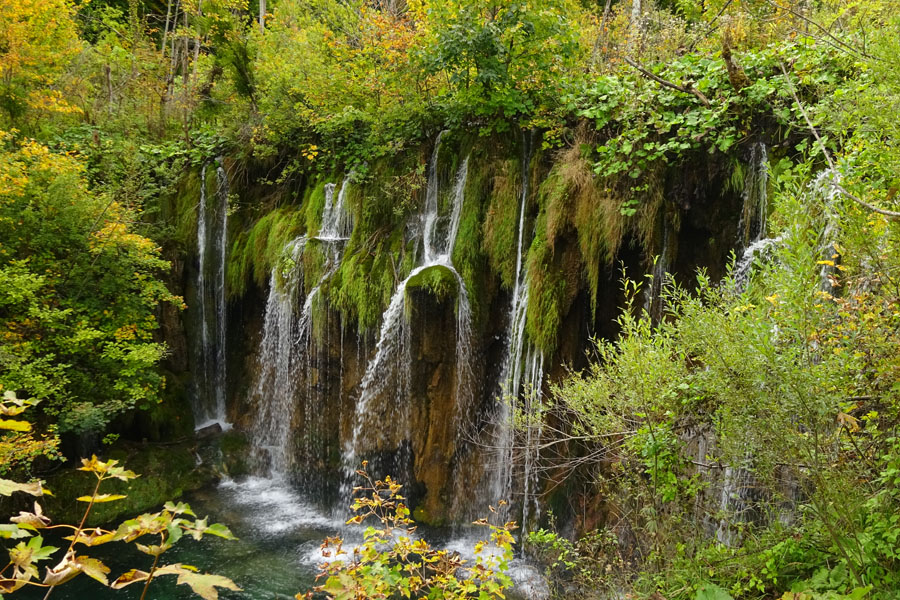 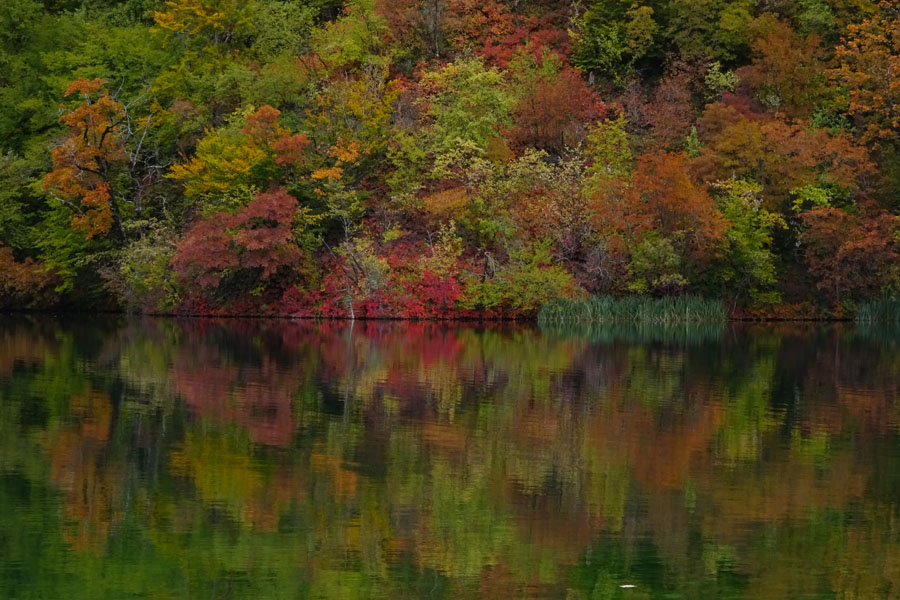 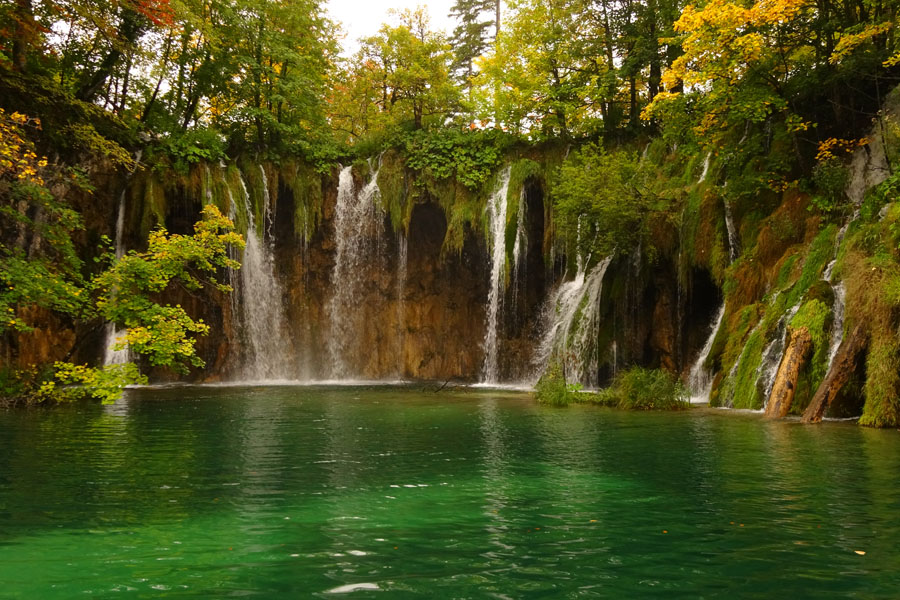 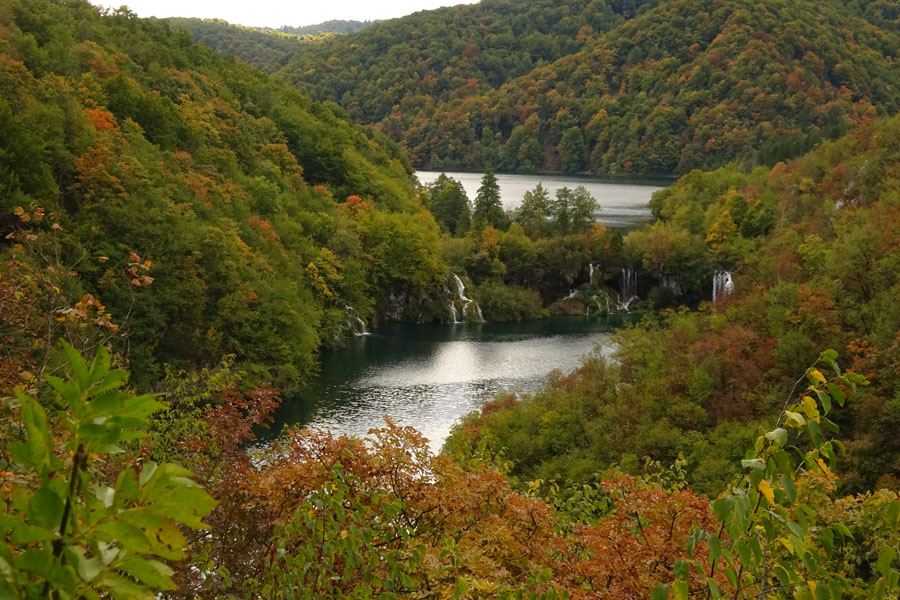 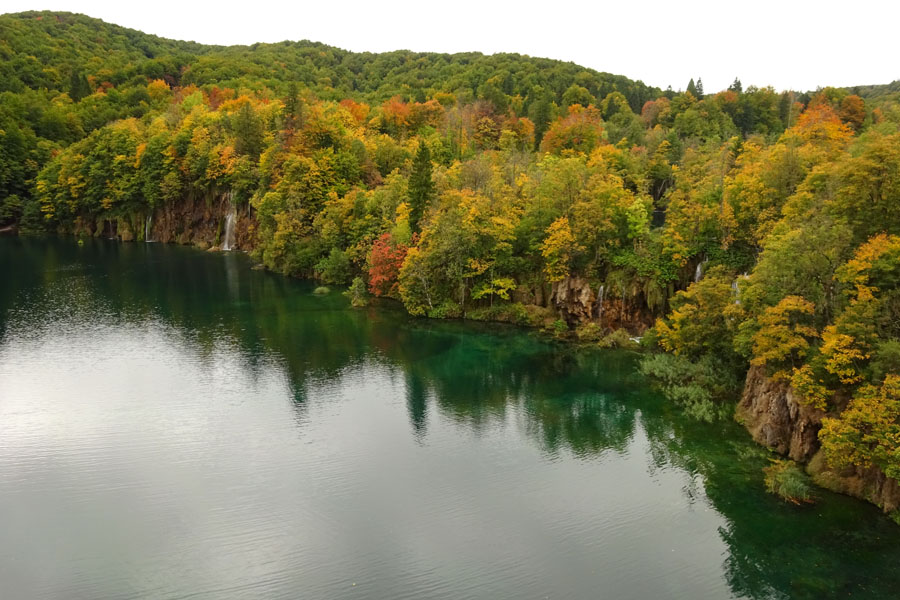 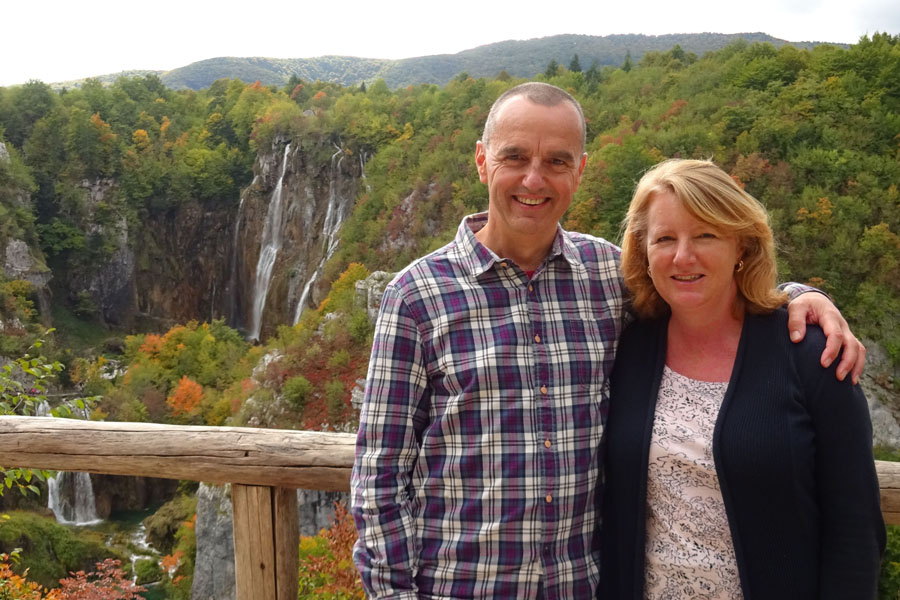